The Bachendri Pal interview: Recalling how she braved odds to climb the mighty Mount Everest

Bachendri Pal, the first Indian woman to scale the Mount Everest, takes us down memory lane to narrate instances from her childhood, developing a mountaineering spirit to serve people and help out

If we were to ask, what is the biggest obstacle you had to surmount? The unanimous answer would be the ongoing pandemic because there is no doubt about the fact that it has put anyone and everyone under extreme duress. And different things help different people get through difficult times. Stories of bravery, valour and determination is one such medium. So though we got in touch with Bachendri Pal on the occasion of her celebrating 36 years of becoming the first Indian woman to climb the mighty Mount Everest, which she did on May 23, 1984, we knew that, inside, why we were really getting in touch to hear the story of how human spirit, when determined, can scale the mightiest mountain, break the glass ceiling, can become the epitome of leadership — all of which Bachendri Pal has accomplished — and, if need be, can get through the worst pandemic mankind has ever seen. Touching the nostalgic nerve
Born into a family with five siblings, including herself, Bachendri had to give up studies, but her family knew she was a good student as she used to continue her studies at home with the help of her brother's books. Looking at her determination, she was allowed to study in a government college. "My mother had to sell her gold chain and I was very emotional about it. Today, we think that we should gather gold, but we should actually be investing it in our children," she says with a crack in her voice. She also went on to pursue BEd in DAV Post Graduate College, Dehradun, but after that, with no job prospects, she had to sit at home.

It was then that Col Prem Chand, Vice-Principal of Nehru Institute of Mountaineering, Uttarkashi was visiting Pal's village. It was he who encouraged her to take up mountaineering. She pursued Basic and Advanced Mountaineering courses from Indian Mountaineering Foundation, stood out in both and yet, she was a joke to her own villagers, ‘A girl with a BEd degree will now climb mountains,’ they remarked and laughed. "It made my mother sad, but I have always been determined. Once I set eyes on a task, I finish it," she says with the same determination she felt back then. But what was the source of this determination, we wondered out loud. "I wanted to encourage other girls from my village and if I was chosen to lead them, so be it," she says. Soon, she was selected for the expedition to climb Mount Everest as her grit and strength impressed all and the rest, as they say, is history.

More Everests ahead
Since the climb, Pal has been the Chief of Tata Steel Adventure Foundation and apart from her family and well-wishers, credits the organisation for being with her every step of the way. Not to be the one resting on past glories, Pal went on to lead several expeditions like The Great Indian Women's Rafting Voyage in 1994, the first Indian Women Trans-Himalayan Expedition in 1997, but the one which is closest to her heart is Indo-Nepalese Women’s Mount Everest Expedition in 1993. It created a huge uproar in the mountaineering fraternity. Though there were many who supported it, others questioned the all-women team and questioned what would be next, All Schedule Caste Expedition? "Mountains don't discriminate, if you are honest and hard-working, it welcomes you with open arms," asserts Pal who was awarded the Padma Bhushan just last year. The team went on to break seven records.

"If you treat nature as your classroom, there is so much it can teach you — leadership, teamwork, integrity, planning and so much more," says Bachendri Pal

The Mount Everest that she climbed is different from what Mount Everest has become today. Overcrowded, dirty and jammed — over 300 people have met their death while on their way to the summit. "Today, if you have the money and an experienced sherpa, you can climb it, but back in the day, it was a struggle. We had to train, learn discipline and leadership and whatnot. Today, people climb it for leisure or to break some record or another," the 66-year-old laments.

Pal doesn't just channel her sporting spirit to break records and lead expeditions. She also directs efforts when a natural calamity wrecks havoc in India. 1999 Odisha cyclone, 2001 Gujarat earthquake, 2013 Uttarakhand floods — she was there, on ground, through it all lending a helping hand along with a team of volunteers. "The mountaineering spirit is not just for climbing mountains, it should benefit people as well," she explains.

Pal spent her days during the lockdown getting back to the basics, growing her own food, helping villagers now and then, cooking and cleaning. "I am still the same person, I can't sit in one place," she laughs as she shares that she doesn’t refrain from lovingly scolding her village folk if they don’t wash hands properly. "Though these are tough times, we must come out of it with new enthusiasm. Nothing lasts, nor will this. It's here to test you, stay optimistic and utilise this time to work on yourself," she advises as she concludes, giving hope to dismal hearts. 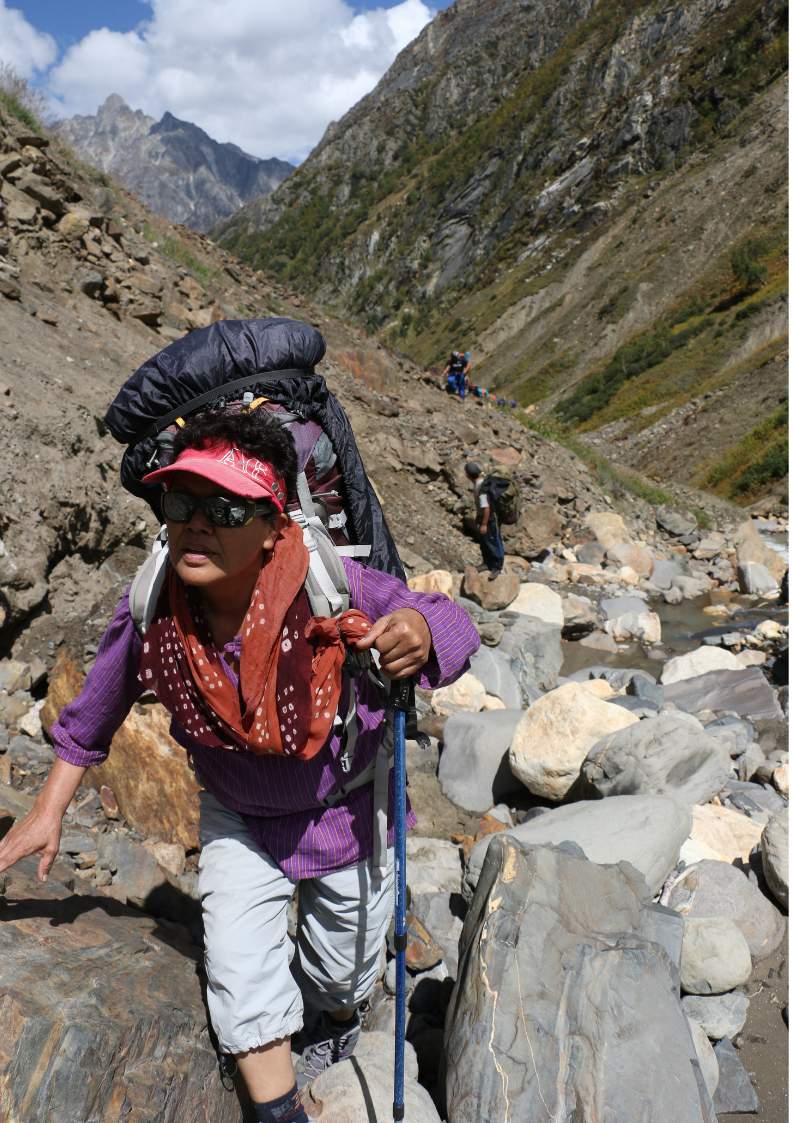 The expeditions she led that changed everything -

- The Great Indian Women's Rafting Voyage, 1994: As many as 18 women in three rafts started their journey from Haridwar to Calcutta. They covered 2,155 km in 39 days

Blast from the past 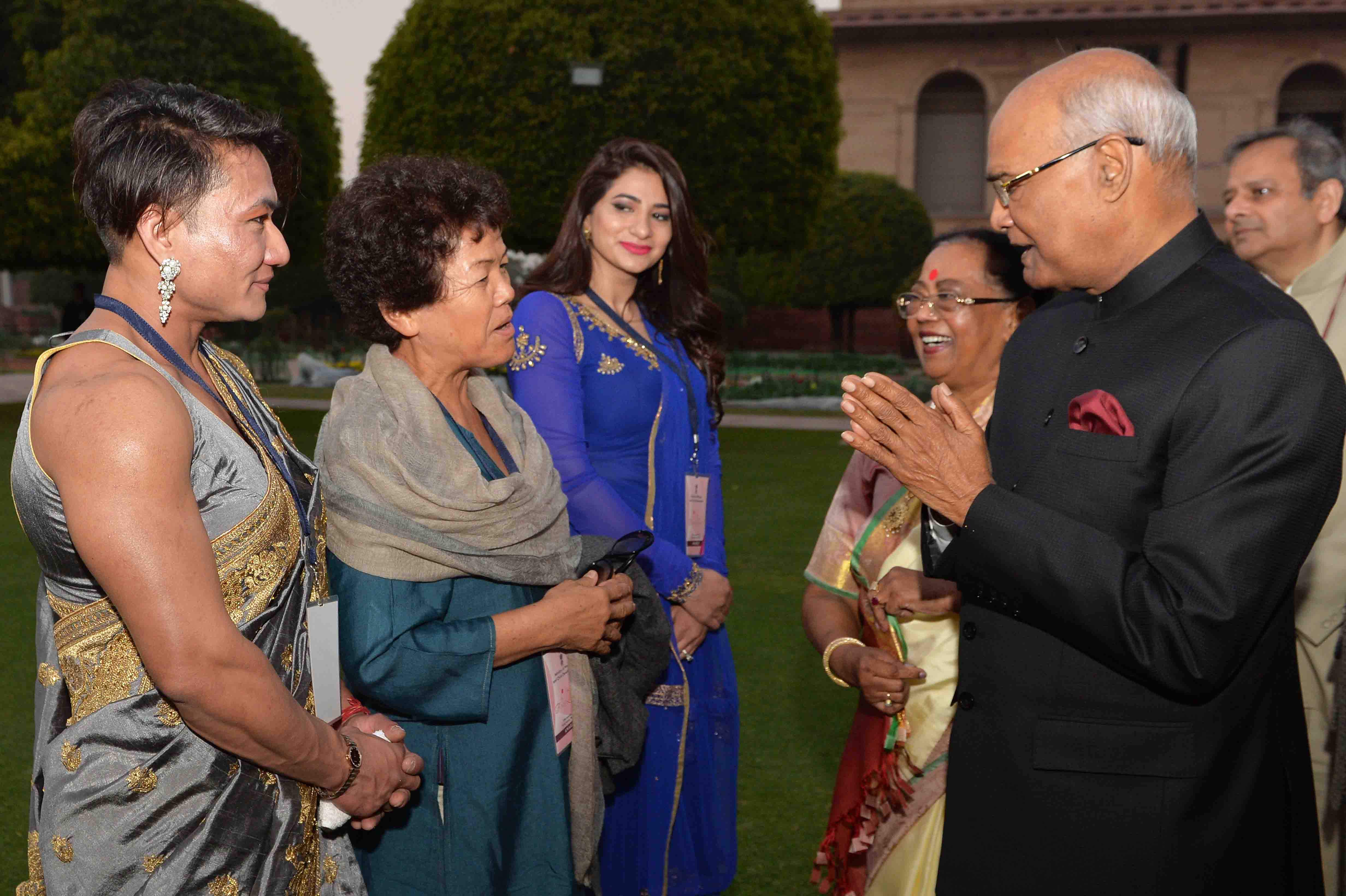 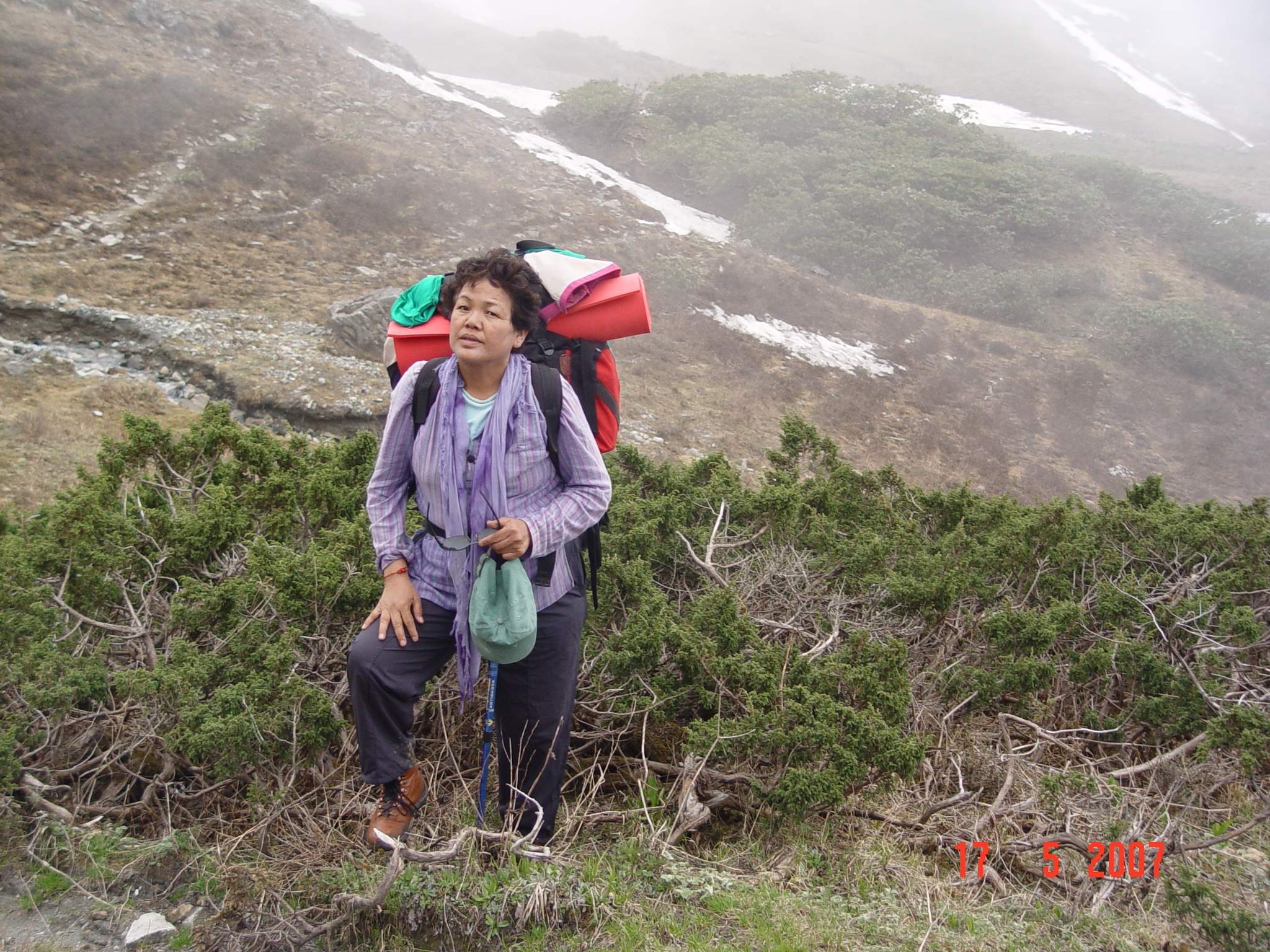