This Kolkata artist's typography based on quirky dinosaurs is the coolest thing on Insta. Here's why

Rajasee, who also runs a communication design studio with two of her batchmates from college, says that artists can take different approaches to this challenge. We find out more

If you wish to look at interesting takes on alphabets, numbers through illustrations based on various themes, you should definitely check out Kolkata-based artist and graphic designer Rajasee Ray's Instagram page. The 30-year-old artist recently took part in the annual challenge called 36 Days of Type where designers, artists, illustrators, typographers are forced to come out of their comfort zones, expand borders of typography to create a letter or number per day for 36 days by interpreting letterforms in interesting styles. Then they have to share it on Instagram using the hashtag #36daysoftype for their unique creations to reach a global community of like-minded people. The brainchild of Spanish graphic designers Nina Sans and Rafa Goicoechea, 36 Days of Type started in 2014 as an open call project to invite members of the design and art community around the world. "It typically starts in April every year, but this year it began around late March. People have different themes for their own artwork, I always go with some illustrative designs. This year my theme was debonair dinosaurs. Children have a phase where they like or are curious about dinosaurs, I think I never got out of that phase. I am still fascinated by them, new bones excavated, new species being discovered, I read about them all. I never really got into paleo illustration as such but this year particularly I wanted to make it a fun look at dinosaurs, revisit them," says Rajasee. Speaking on why she created all artwork based on one single theme, she adds, "I like to stick to one series and single subject as its a long-drawn process and it can get really monotonous. If you don't choose something you really like to do, it can get very difficult. I am extremely excited and passionate about dinosaurs and I thought this could resonate across different ages." 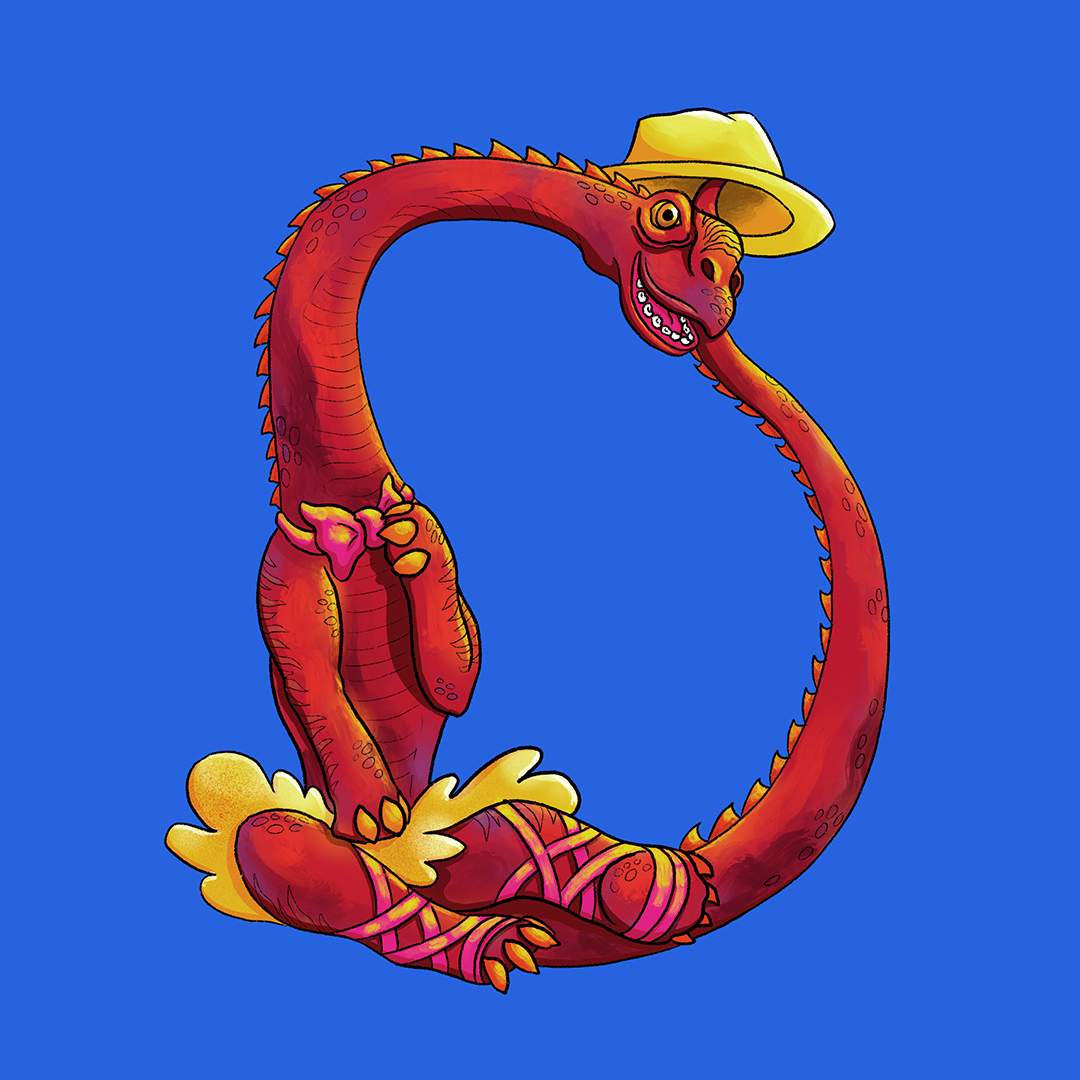 D is for Diplodocus, Dancer by Day

Rajasee, who also runs a communication design studio with two of her batchmates from Srishti School of Art and Design, says that artists can take different approaches to this challenge. "You can span out over 36 days. This year I didn't know the exact date on which it began, one day I opened Instagram and it was on so I scrambled and got started immediately. I do one drawing every day. Last year the fictional world theme I was working on took much longer as I was putting in a lot of research and it involved map and land-oriented artwork. It's a bit easier this time but it takes me a couple of hours a day to do one," she explains.

When Rajasee participated in the same challenge last year, she illustrated 36 fictional worlds from her favourite fantasy books, including The Lord of the Rings and Harry Potter. The artist began colouring digitally in 2018 and began using the software Procreate, a digital illustration app, a lot. "Earlier I used hand ink and then colour on Photoshop and even before that I used to do everything with my hands," she says. She loves Instagram challenges and says it keeps her motivated and gives her a lot of new things to do. "Inktober is something I participate in every year. An artist called Jake Parker started it and it happens through October every year. There was also one called dream week started by another artist, earth day week by someone else and a few more. You could say I am addicted to these challenges. The 100-day project challenge was one of the firsts I participated in, you pick one theme and decide to do it for hundred days, you don't need to be an artist for that," she quips. 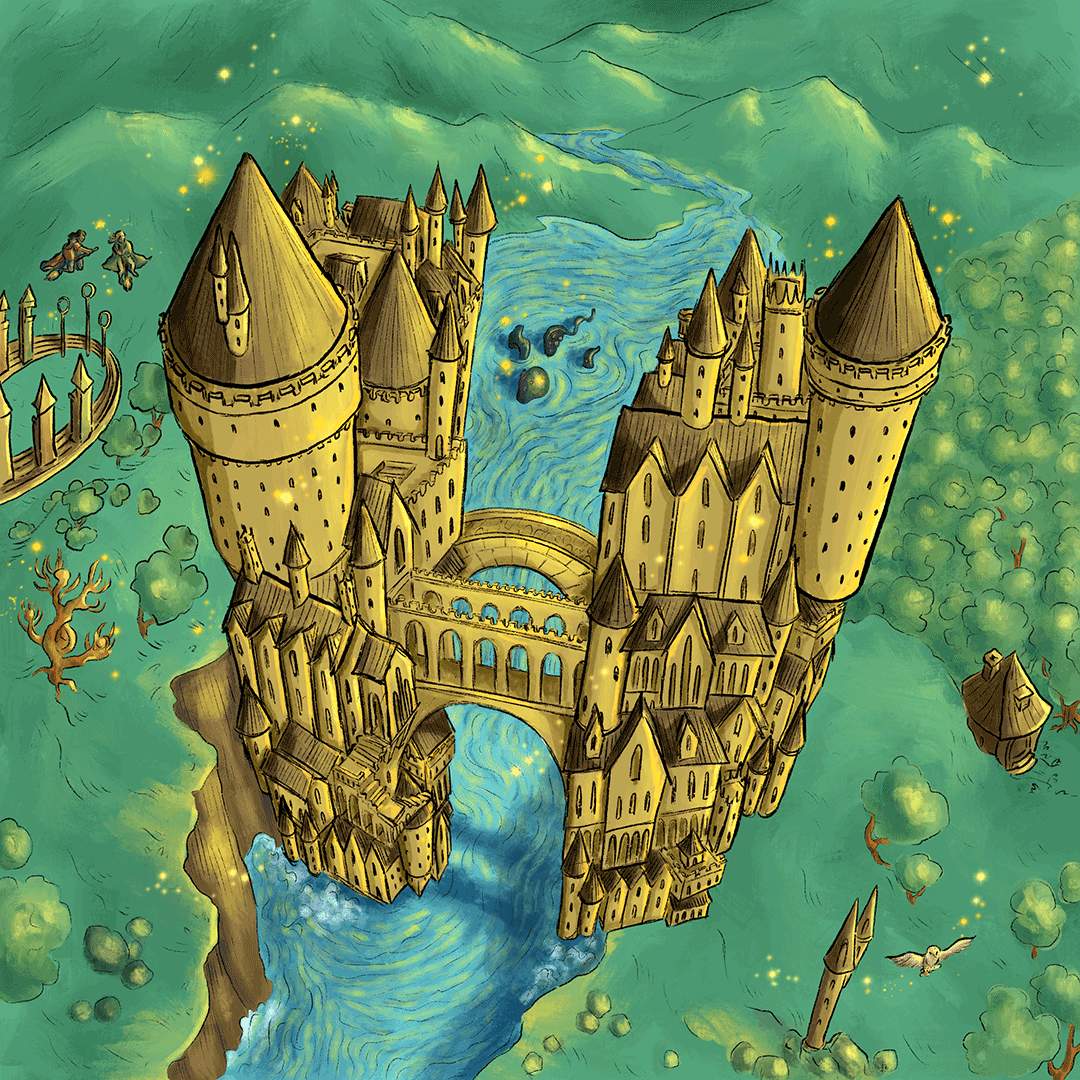 H is for Hogwarts

Rajasee graduated from Srishti School of Art and Design in Bengaluru in 2012 where she was pursuing a visual communication course. Following this, she began working with her batchmates for their start-up and the design studio ladyfingers.co came into being in 2014. "We work from different cities, we do a lot of design and imagery work. Specifically, information design related and in the social development sector. We like to take up complex projects that you can immerse yourself into it. We also do something called graphic recording — happens live at a workshop or conference, which we capture using images and text," she adds.

Currently, if you head to her profile on Instagram, she's been working on artworks showcasing fictional regional mermaids from the Sunderbans. "I worked on one half-tiger half-mermaid, I call it a 'mertiger'. I continued that series after cyclone Amphan hit us and what would happen to the 'mertiger' after the cyclone," she says. Her most interesting art project till date has been the 36 Days of Type challenge in 2019 about fictional fantasy worlds as Rajasee is an avid fantasy reader and lover. She hopes that some other challenge will come up soon and she can quickly start working on it. Asking about if she wants to start an Instagram challenge, she says not yet.