This start-up's app helps youngsters with special needs express themselves. Here's how

Human beings have the primal need to communicate, to express themselves. But what about those who can't? Have you ever stopped and wondered about them? Has anyone? Well, the good folks at Avaz Inc did. Founded by Ajit Narayanan, Narayanan Ramakrishnan is now the CEO of Chennai-based Avaz (which means 'voice' in Hindi) has developed an Augmentative and Alternative Communication (AAC) app, known as the Avaz AAC app, that allows those with special needs to communicate effectively.

So, how does the app work? "The app is picture and text-based. It empowers those with special needs, including those on the autism spectrum, those with cerebral palsy, aphasia, apraxia and so on, to communicate and learn. Through the app, users can tap on pictures or words or type them out. The words are then spoken out for them by the app in case they have speech difficulties. It can also be used as a learning tool," explains Ramakrishnan, who has a team of more than 10 people who have worked on developing the app. 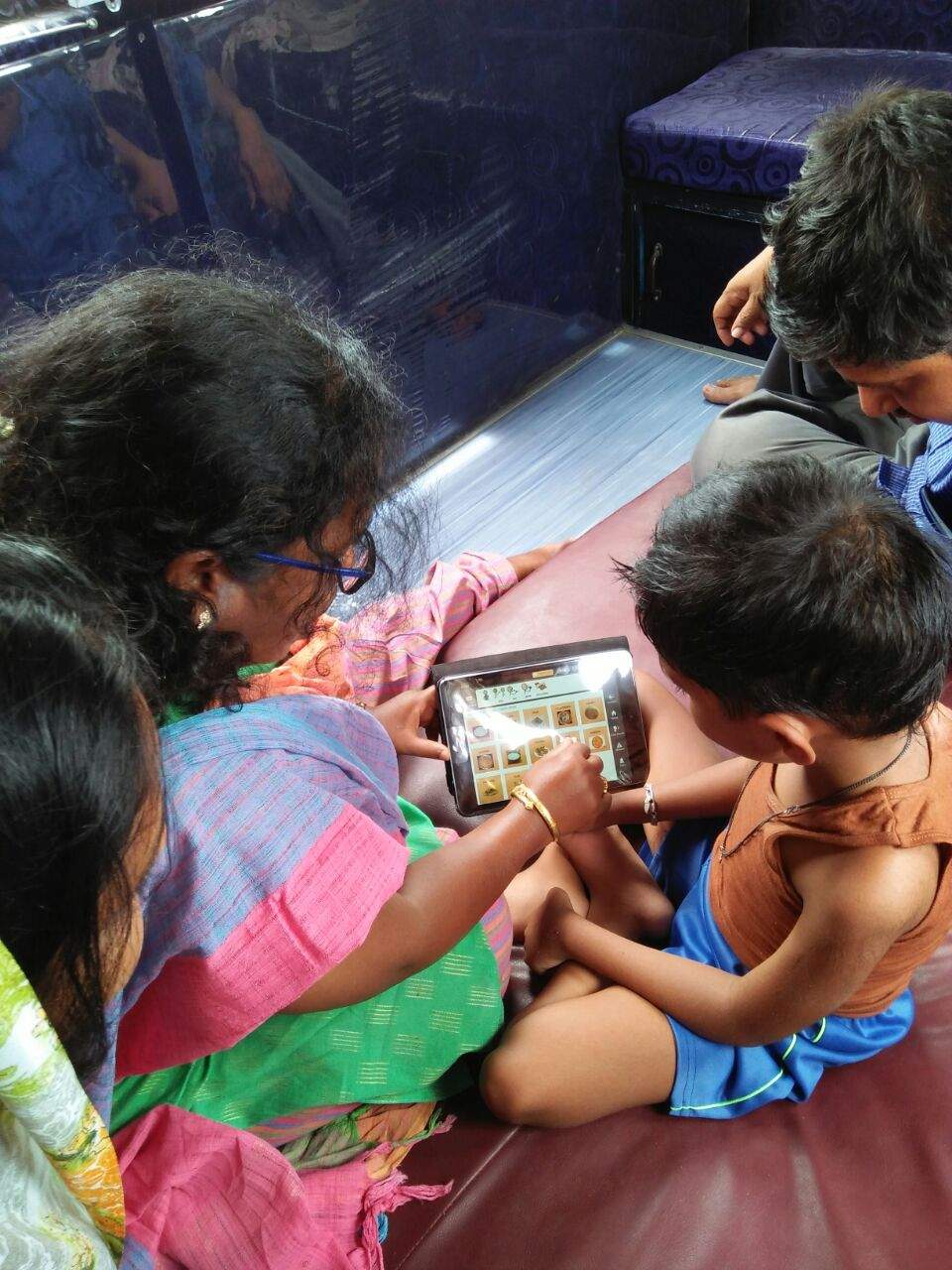 Ajit Narayanan decided to develop the app in 2009 after noticing that those with special communication needs in India had limited resources to express themselves. "One had to rely on static pictures and sign language or import expensive, bulky and unreliable devices from the West," Ramakrishnan, who joined Avaz in 2012, says, "Avaz ensures that every person in India has a voice. Using Avaz's app, people can ask for whatever they want at home or a shop or a supermarket. Children can participate and learn better in classrooms." The app is available on both iOS and Android phones. But what about those without access to smartphones? "They can print the picture symbols and use it to point and communicate. The printed Avaz books can also be used to communicate daily functional activities, like going to the toilet," explains the 35-year-old. The Avaz AAC app is now being used around the world and is available in multiple languages. But technology can only solve part of the problem, believes Ramakrishnan, "We work closely with parents, schools and government organisations to train and empower parents, special educators, speech therapists and other caregivers in their work with children and adults with complex communication needs." Avaz has also collaborated with Vidya Sagar, Chennai, Action for Autism, Delhi, and Indian Institute of Cerebral Palsy, Kolkata to learn more about the problems and find effective solutions.

Additionally, Avaz Inc has also developed an app for those with dyslexia, in association with the Madras Dyslexia Association (MDA), known as the MDA Avaz Reader app. "MDA Avaz Reader enables a first-generation English learner or a child with reading difficulties to read independently," says Ramakrishnan. Using the app, a child can take a photo or a PDF of their school lesson that he wishes to read. "Then, they can listen to the entire lesson at one go — in a clear voice at a pace they're comfortable with. The app processes the text in the photo," explains Ramakrishnan. There's even a pencil icon that can be used to track what the child is reading. "The scientifically designed interface ensures that they are reading one sentence at a time, without getting distracted," concludes Ramakrishnan.