Here's how Hyderabad's TechieRide is making the world a better place, one social issue at a time

Hyderabad-based TechieRide might have started off as a carpooling initiative, but today, they do something for everybody, be it education, tribal welfare and now, even COVID-19 relief activities

It all started with four techies, commuting from Meerpet to HITEC City every day, who decided to carpool to save money and be eco-friendly. This was back in 2014. About a year later, the idea sprouted into, what is today, a 1,300-people strong community — some of whom even donate what they've saved by carpooling. How cool is that! This is the idea behind TechieRide. "We were the youngest carpooling community at that point and it was the conversations that we had in the car that led us to take up other initiatives," shares Vamsi K Gaddam, Executive Member of TechieRide. What initiatives, you may wonder. Beyond being a carpooling service to many working professionals, TechieRide also takes up social initiatives — Village Ride being the closest to their heart. "Schools in need are nominated by members. We visit the school to verify authenticity, talk to the headmaster and only then extend our help, like offer lab equipment, help with infrastructure and so on," explains Vamsi. They have raised over ₹10 lakh for this project alone and have helped 30 schools in Telangana so far. They also offer career guidance along with another NGO to class X students.

Apart from contributing in a big way to the field of education, this organisation is very pro-eco-friendly — they've planted over 2,000 trees in schools in the Vanasthalipuram and Hayathnagar areas, conducted rainwater water harvesting awareness drives and extensively encouraged residents of Meerpet to give up on using polythene bags and bring their own cloth bags. "We stood beside many vegetable vendors in Meerpet with placards discouraging people from using plastic bags and recognised each customer who carries their own cloth bags," Vamsi informs. 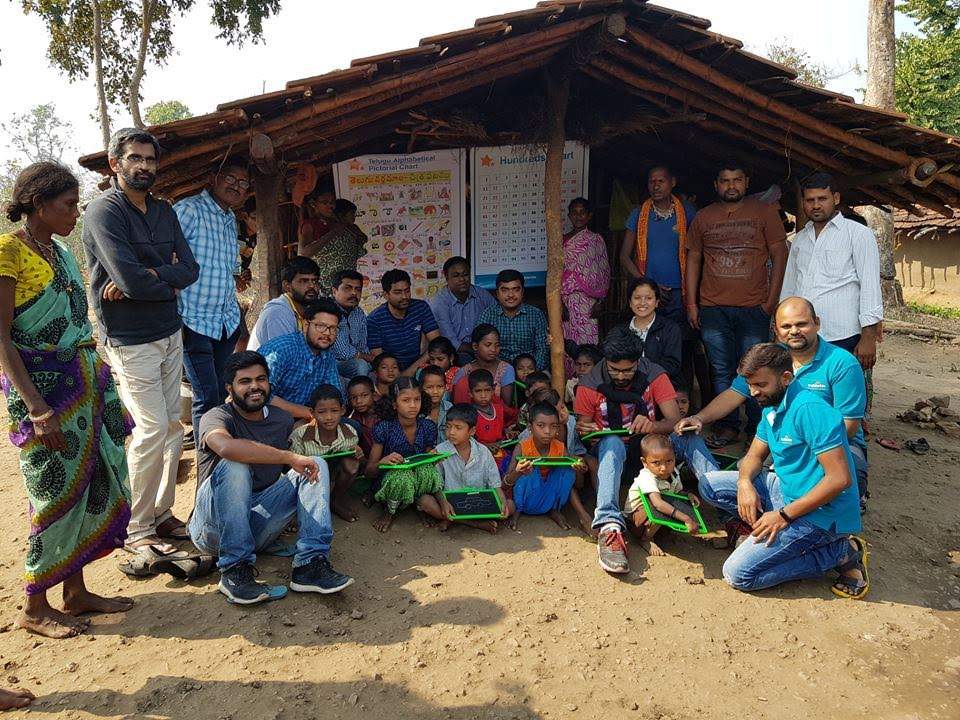 All this has been possible because TechieRide has streamlined many of their internal processes. New members can join only through reference by an existing member. Because about 45 per cent of their members are women, they have rules about not being late for pick-ups, refraining from talking about topics that might make people uncomfortable and so on. For every 40 members, there is a TechieRide representative (TRP) who helps coordinate and raise issues, if any, with the core team. "We don't just aim to be pocket-friendly through our carpooling services, we want to help build a society that is less polluted and do our bit through our social service activities," explains the 37-year-old.

About two lakh travellers have availed their services. They have their own portal through which they coordinate all the pick ups and drops

Since the Commissioner of Police of Rachakonda, Mahesh Bhagwat, is aware of TechieRide's work, they have been able to help with COVID-19 relief activities as well. They have distributed basic staples like rice and even offered financial aid to families whose cases they have found to be genuine. During their No Plastic campaign | (Pic: TechieRide)

Some of their other activities:
- Donated over 300 units of blood
- Conducted voter awareness drives and summer water camps
- Helping local tribes in the Palvancha village near Wyra in Khammam district with basic needs like staples and medicines
- Conducting annual day celebrations for the Techieride community where their families are invited too

For more on them, check out facebook.com/techieride