Give a missed call, listen to a great Indian story over the phone. Here's how

Bengaluru-based Pratham Books' Missed Call Do, Kahaani Suno campaign has already successfully charmed one lakh children across India and it hopes that it will reach many other kids as well

The internet, several books, Kindle, TV and what not — when we urban folk feel like we are in need of a good story, we can turn to several mediums. But what about a child in a remote village whose parents don't have a smartphone nor do they have access to any storybooks, where do they go? Pratham Books, a not-for-profit children’s book publisher, has come up with the perfect solution. A missed call! Yes, all you have to do is give a missed call to 08033094243 and almost immediately, you will receive a callback. You will be asked to select your preferred language from English, Hindi, Marathi and Kannada and select an age group  — above or below five years — and that's it. Two stories of four to six minutes each will be played to entertain you. That's what Missed Call Do, Kahaani Suno is all about. Walls being painted with the number of the campaign in Chhattisgarh | (Pic: Pratham Books)

The history of it all
Pratham Books started in 2004 with the intention of reaching out to every child, and in five years, they have touched the lives of five million kids. But in a country where there are over 350 million children, they know they have a lot of work ahead. And since they, they have been constantly reinventing themselves to reach out to more and more children. One of their initiatives was StoryWeaver, started in 2015, which is an open source of children's books and everyone and anyone in the world can access these stories not only to adopt or translate but also use it as per their liking with attribution to the original source. "In the first three months, the first 20 stories became a hundred stories as they were taken up, modified and redone by people from Japan, Latin America and Africa, such was the impact," shares Himanshu Giri, CEO of the publishing house. A leading radio station, as a part of their CSR, decided to record these stories in an audio format for their audiences. The publishing house also piloted the programme with a closed group of 5,000 children in New Delhi and promoted it among 5,000 underprivileged children. The response was such that within three days, 40,000 minutes of content was utilised. After the second edition of the closed pilot with five North Indian states, which resulted in 60,000 students tuning into their stories, they were finally ready to launch this campaign in a bigger manner, pan-India and open to all.

They have received over 2.40 lakh missed calls till date

States coming forward
Pratham Books, that has published over 5,000 books in 22 Indian languages, is receiving fantastic pan-India response since they launched this campaign on April 22. Within about 40 days, they have already reached a million minutes. One lakh students have heard these 300 stories and from states like Bihar alone, in one day, they received 50,000 calls. "We are also receiving very good support from smaller states. Like residents of a small village in Narayanpur district of Chhattisgarh painted our number on their walls in a bid to promote our projects," says a very happy Himanshu, who adds that the NGO, The United Way India, is supporting this initiative at present. States like Maharashtra, Bihar and Chhattisgarh have onboarded this programme and Karnataka has issued a circular with this number in all districts, he informs us. 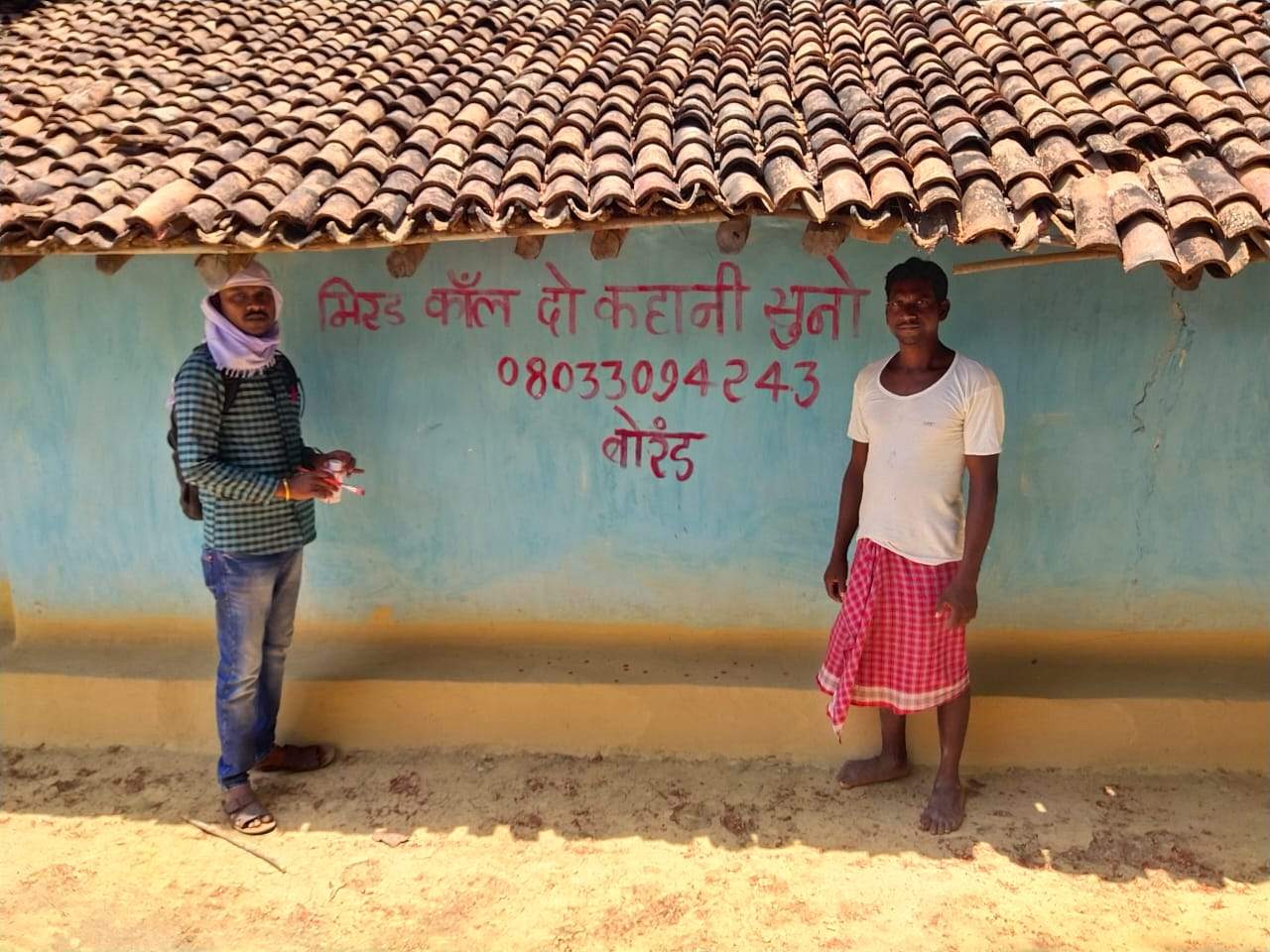 A wall painted with the number of the campaign in Chhattisgarh | (Pic: Pratham Books)

The publishing house has spent two to three years with several voice-over artists building this bank of mixed bag of stories that cover folktales, fiction and so many more, "But there are no stories with any moral messages because we believe that these 21st century kids are smart enough," says Himanshu. After one listens to the stories through this campaign, they receive an SMS that thanks them for participating and shares the link to StoryWeaver's repository of 20,000 stories in 250 languages so that they get access to more stories. They hope that the government takes up ownership of projects like these so that they can reach more and more students.

For more on them, check out prathambooks.org