This 125-year old Kerala farm brought an extinct rice crop back to life. Here's how they did it

The Navara variety of rice is almost 2000 years old. P Narayanan Unni is a third generation farmer on a piece of land in Palakkad that brought the crop back to life from the verge of extinction. The family farm, which is almost 125 years old, was inherited from his father and his brother who were the first rice specialists at the Rice Research Station in Pattambi.

Following the introduction of the Landfill Act, the family lost a sizeable part of the farm. With increasing prices and falling revenues, their crops began to fail and Navara rice grew increasingly rare in the state. Unni, who was working as a computer salesman in Kozhikode at the time, took over in 1995. He drew a long-term plan for the farm focusing on specialty rice varieties and converting it into an integrated one, adopting organic farming methods, biodiversity and ecology practices and environmental and conservation methods. 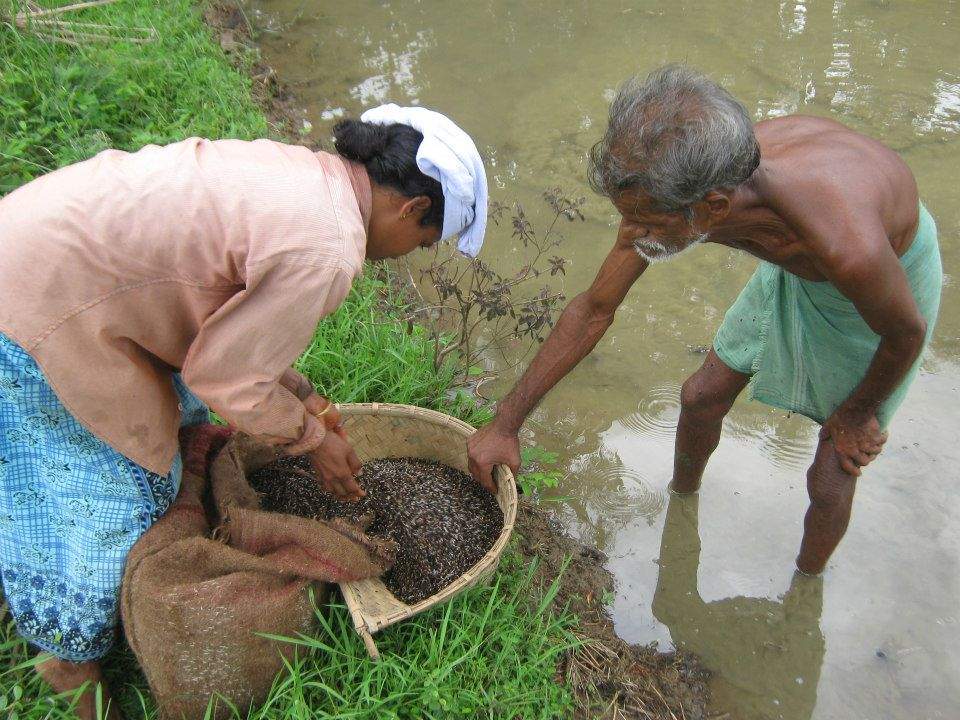 RICE BOWL: Navara rice has a lower yield than most others

He explains, “With each generation, the area was getting smaller and less economically viable. In my father’s days, people would work on the land for all 365 days of the year. But as agriculture lost importance, the workforce got fragmented and certain seeds started to grow extinct. I wanted to focus on saving Navara. It is a medicinal rice, which is known for building immunity and for Ayurveda.”

For a number of reasons,  Navara rice has a lower yield than most others. The first being its seasonal growth cycle, which means that it is only produced once in a year. In addition to this, the lack of any chemical pesticides or fertilisers being used results in a longer growing period. At the farm, pesticides have been banned from the premises since 1978 considering its impact on health. In 2003, Unni implemented a policy where all fertilisers used were also completely organic. Along with other farmers, he began working twice a day in shifts during the season where it grew. FARM FRIENDLY: Over the past 12 years, the farm has been developing

By 2006, Navara Eco Farm had over 72 varieties of rice, vegetables, and fruit trees including Navara Rice within its grounds. At the same time, Unni began to work towards claiming geographical rights over the crop. He grouped together a cluster of farmers who had ownership of the land and claimed a commercial trademark based on the geographical location of its growth. He also enforced strong biodiversity initiatives that have led to a diverse population of birds, butterflies, animals and plants.

Unni began sharing the story behind Navara’s rebirth extensively. He received  to meetings and trade fairs where he would take samples. For the past 12 years, since his main aim has been to get the word out. He offers to train other farmers and the world on pest control, organic farming and everything that led to his success. He says, “When Navara is in season, you can see us slaving away through those 25 days trying to keep it alive. In the beginning, people thought it was a farce. Even I have felt embarrassed. But now, we are committed. This is our tribute to the soil that brought our dreams back to life.”