Water Tagandi Friends is an Instagram page that is full of hilarious memes. It will surely crack you up and at the same time, remind you that it's time to take a swing from that water bottle

About 60 per cent of the adult human body is water. But you know this already and despite being aware, 'why you no drink enough water?' (alluding to the famous meme with the phrase, get it?). Sure, go ahead and download WaterMinder, Hydrocoach or one of those umpteen number of apps that remind, or maybe even reprimand, you to hydrate. But instead, if you simply choose to follow the Instagram page Water Tagandi Friends (AKA WTF, catchy right?), which is Telugu for ‘Drink water, friends’, they will drop a gentle reminder four times a day via a meme that will remain with you much after. Take a few sips
Started by Tirupati-based K Madhav Sai Jaswanth, who eventually got on board his brother K Hari Krishna Vasanth as well, in March this year, WTF has already managed to garner over 5,000 followers on Instagram. Frankly, we aren't surprised. With stellar memes like one on that famous dialogue from the movie Yeto Vellipoyindi Manasu or Thalaivaa Rajinikanth's movie Sivaji, it is surely catching the average netizen's attention. What the 24-year-old does is gives these dialogues a twist which ends up reminding you to drink water. 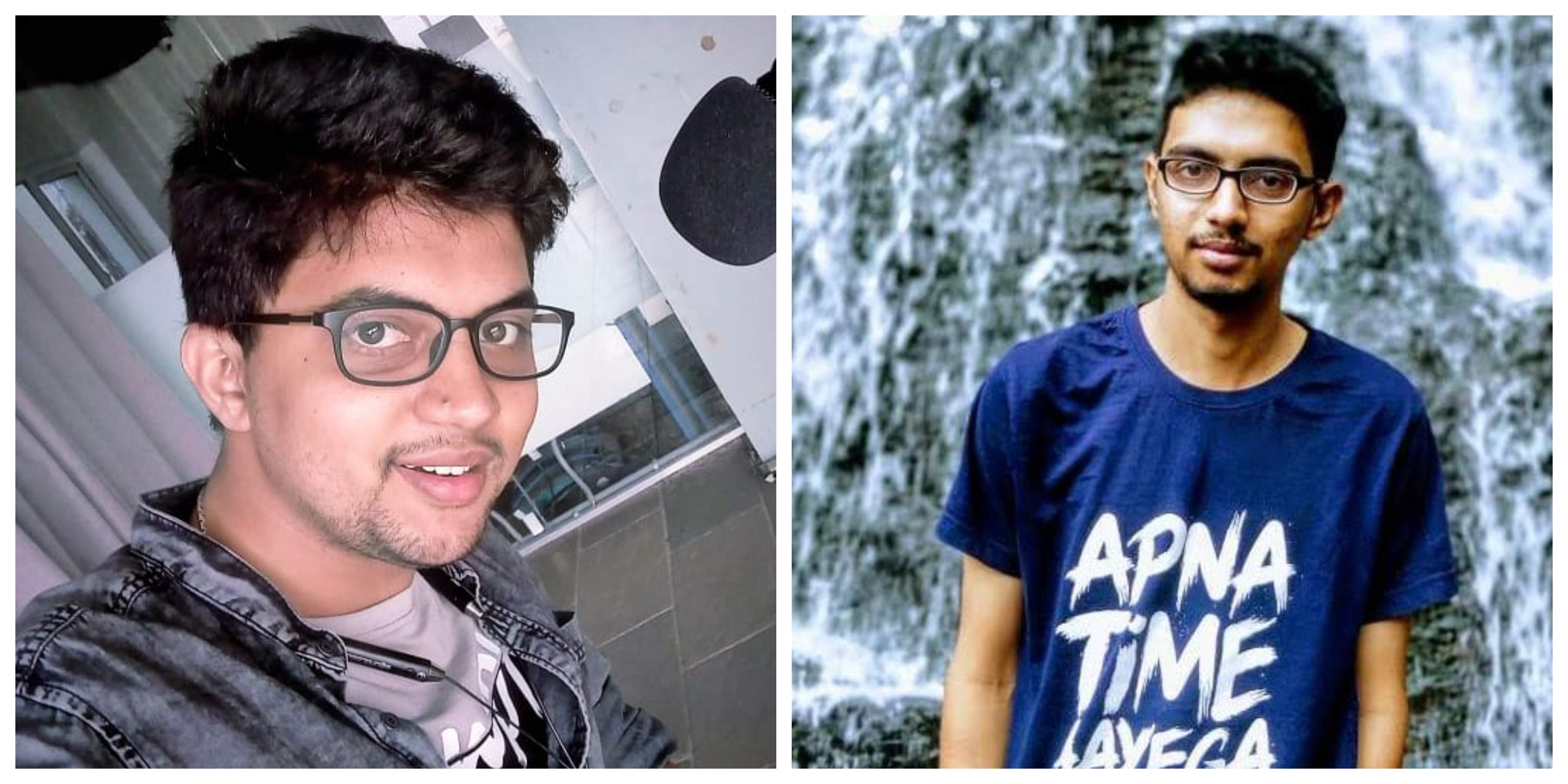 "Actually, I suffered from severe dehydration in November 2019 and as a consequence, I thought I should remind others to drink water," says Madhav. Don't go by his serious answer though. Madhav has a killer sense of humour and this combined with his love for Tollywood makes him a pro-meme maker. It also helps matters that he is a User Experience Designer and works for ChaiBisket, the Telugu Infotainment company, as a Content Writer and Designer.

Posts that make you remember
Inspiration to start this page also came from the Water Bell initiative, wherein, schools would ring bells to remind students to drink water. On WTF, it happens through memes. "Memes easily attract with their punchlines and the youngsters tend to remember them as well,” says Madhav, who pursued BTech from Siddhartha Institute of Technology. Madhav looks at what is trending and comes up with a meme template in about 10 to 15 minutes. Remember the news of actors Prabhas and Deepika Padukone coming together for a movie? He made a meme on that as well! These rib-tickling yet message-oriented memes really do the trick because we are told that the page receives much love in the form of not just likes and shares but in the form of grateful messages as well. "'No other page makes us laugh and reminds us to drink water at the same time', they say," shares the youngster.

Actor and popular social media personality Viva Harsha also shared one of WTF's memes and the Instagram page, they have a Facebook page as well, is growing in popularity day by day. "Once we grow more, I can request more popular influencers to share my mems and that way, more and more people will remember to drink water and laugh a little too," says Madhav. 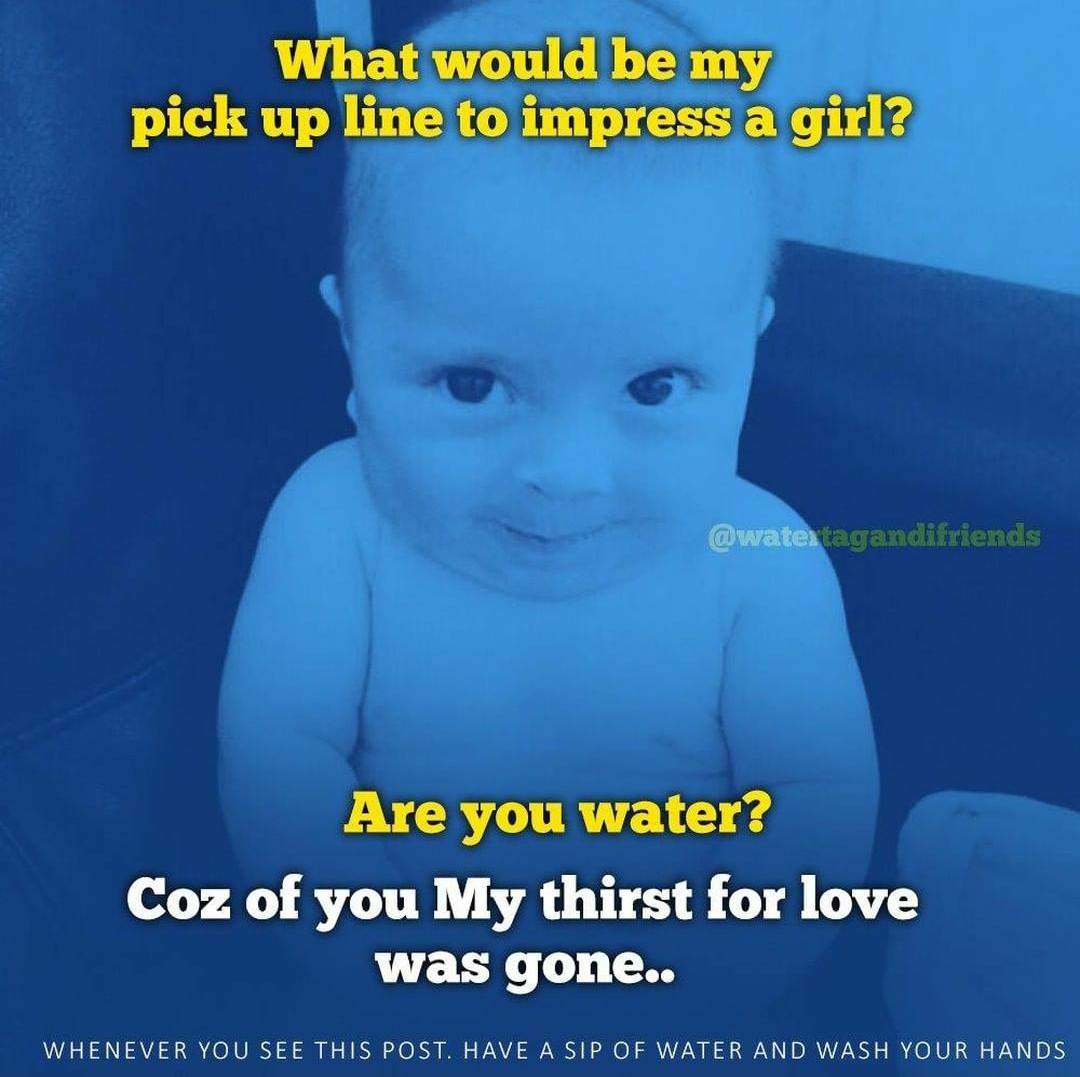 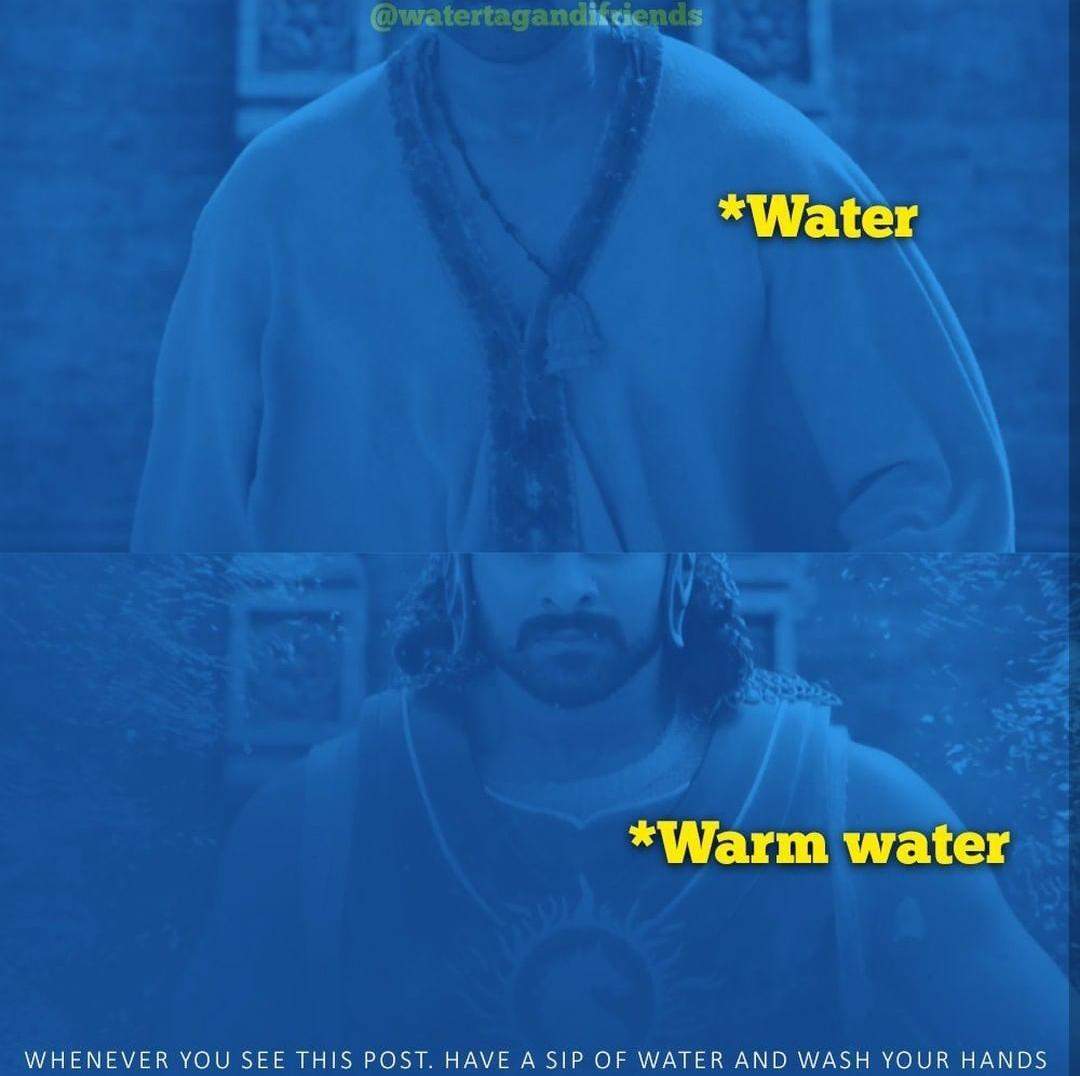 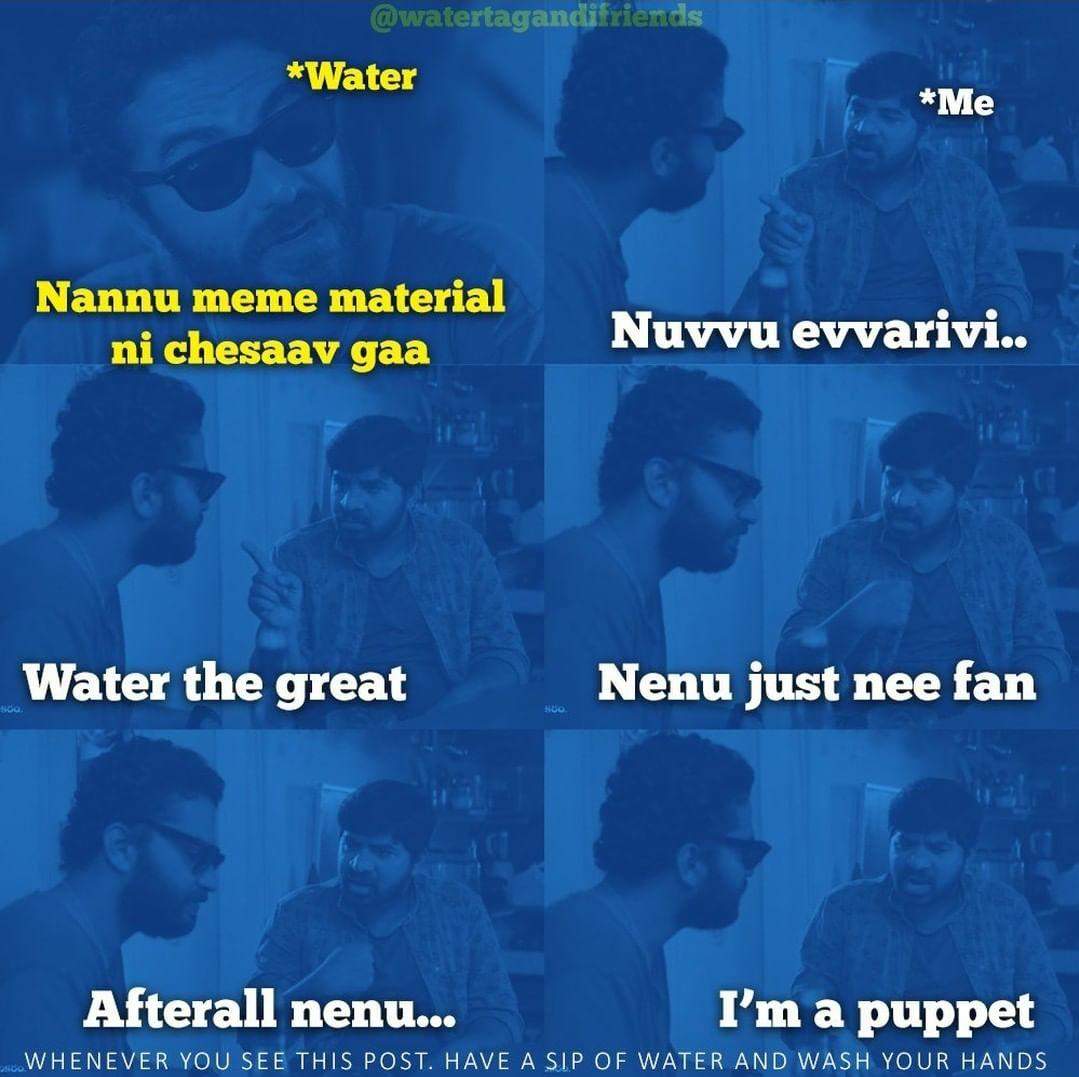 For more on them, check out instagram.com/watertagandifriends