A little bit of self-reliance would be a good lesson to learn in our school textbooks. While we wait for the curricula to play catch up, 16-year-old Chirag Bhansali from Delhi Public School in Noida has already done his part. Following the government’s ban of several Chinese apps, the 11th-grade student built a website called Swadeshi Tech that allows people to find Indian alternatives for such platforms.

It started when he observed his own classroom. “My classmates and teachers frequently use the CamScanner app, which was made in China. It had a level of value in our day-to-day lives, so I thought it would be good to know what homegrown alternatives are there for the same thing. You can’t just delete them without finding a better option. That’s how I first got the idea.”

Chirag learned to code at the age of 12, having watched YouTube tutorials. Previously he had designed a website that offered tools for designers. However, his latest website, Swadeshi Tech is the largest project he has undertaken and caters to a much wider audience. 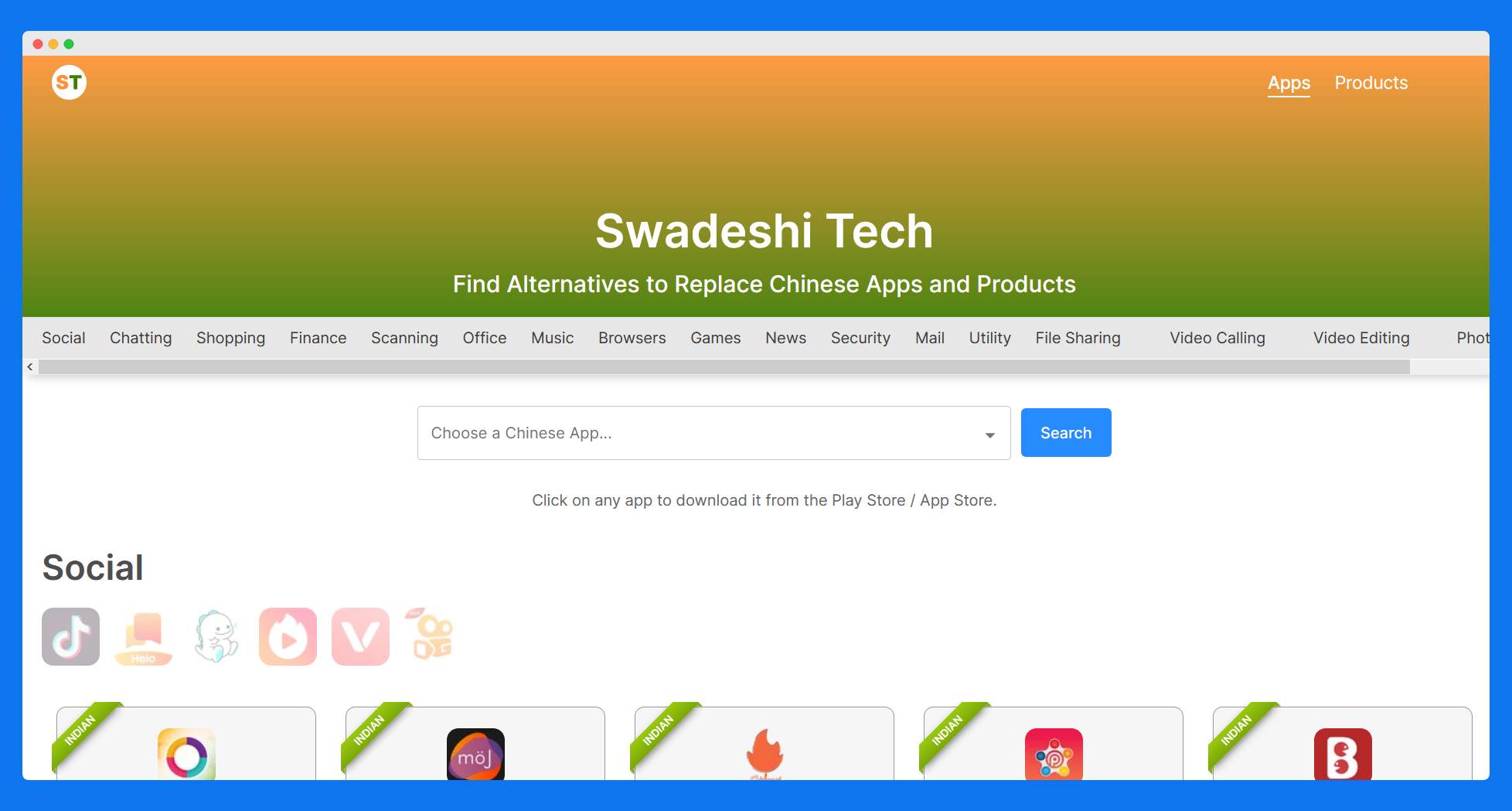 Inspired by innovator Sonam Wangchuk’s video Cheen Ko Jawab, released on May 30, calling Indians to boycott Chinese products, Chirag created the website in 5 days and perfected it in the course of a week. He divided the apps into various categories and thoroughly researched Indian alternatives for each of them. Having researched and categorised them, he officially launched the platform on June 12.

He says, “The coding part was not very difficult so it did not affect my studies at all. The response from people has been amazing. The main thing that stood out was the simple user interface. When I was designing, it was keeping in mind that many of the users will be like my dada or dadi and they wouldn't have the technical experience to operate a complex website. So I wanted it to be usable by any Indian.”

Having started with 56 apps, the website is now giving alternatives for 110 apps thanks to user feedback. Fifteen days after its launch, he also added a product section. Currently, Chirag is working on a mobile app that is expected to be released before the end of June. The app will include new features that include alternative brands as well.