In 2012, Vedant worked as an Associate Consultant with Wipro in Kochi for about four and a half years. After that he entered the field of entrepreneurship with other start-ups of his own before thi

When Vedant Naik took the concept of an AI-enabled digital waiter-like software to restaurants in Bhubaneswar and Hyderabad, "no customer will understand it," they said. When he repeatedly told them that this is, indeed, the future, "nothing will change," they said. And then, the pandemic happened. Suddenly, the concept of 'contact-less' started spreading like wildfire. And overnight, the idea by start-up Bornbhukkad became an instant hit. To give you a metric, before Corona, the team visited 200 to 300 restaurants but to no avail, now, they have about 72 restaurants registered with them. Though Vedant's first start-up in 2015 Yomorning did well delivering breakfast, lunch and dinner in and around DLF in Hyderabad, the city they are based out of, the entrepreneur was not too happy with the food delivery service he was offering. He wanted to do something different. To that effect, he took a break from corporate life and went back to his hometown of Bhubaneswar. "I was interested in the technical side of things. My wish was to solve a problem, bridge a gap...," recalls the 30-year-old. After six months of hard research and analysing the current market, he launched Bornbhukkad in January 2018.

The concept of Bornbhukkad was simple. A customer would walk into a restaurant, scan the QR code on the table, access the menu and place the order directly. The kitchen would receive the order and when it's ready, take it to the table. Overall, this reduces contact, saves time and increases efficiency. Initially, it was difficult to onboard restaurants, but now, the latter are lining up and how.

He ran Yomorning for about one and a half years

Now, Team Bornbhukkad is bringing in more features to enhance the experience of both the customer and the restaurant. "We will also provide an AI-enabled device with a built-in camera. It will measure temperature, detect if norms like social distancing are being followed and also, read the expressions of the customers and report if they like the food or not," says the Rourkela-born entrepreneur. The idea is to minimise human interaction and streamline restaurant management systems and they offer to customise their software as per the eatery’s requirement as well. 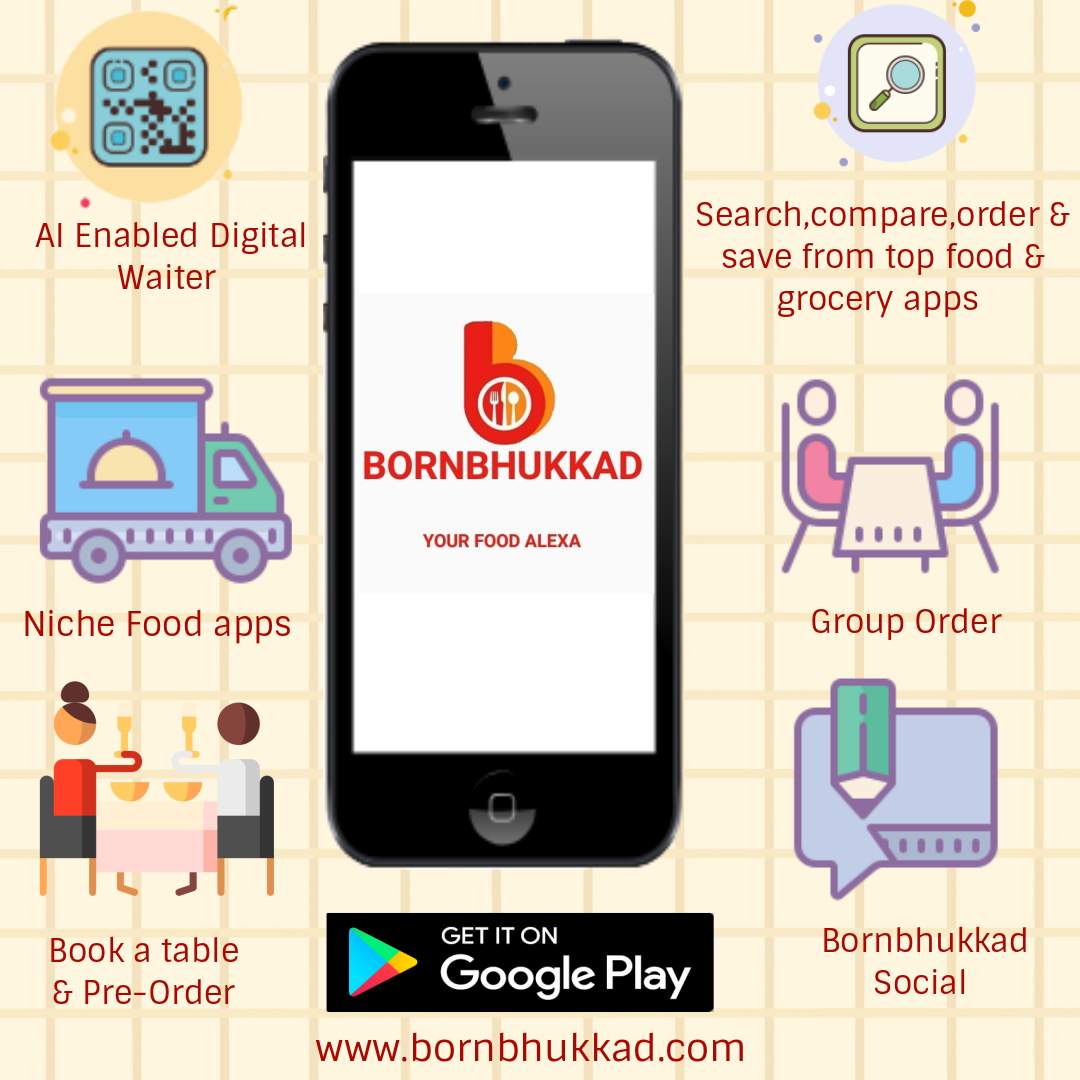 What they do | (Pic: Bornbhukkad)

The Bornbhukkad app also boasts of a search engine that searches across food delivery apps to get you the best deal and deliver your food within the shortest span of time. Same thing with groceries. "We are also trying to integrate it with AI so that it can give the user recommendations as well," explains the youngster who pursued Computer Science from ITER, Odisha. With a team of eight, Bornbhukkad is all set to make the most of the demand at hand and ensure that they cater to it to the best of their ability.

Now, also offering
- They offer food bloggers an opportunity to share the best of their recipes and earn rewards
- Their software predictive analysis offers suggestions to restaurants. For example, to prepare a certain dish in a certain quantity
- They want to offer technology that helps you see what stock which grocer has so that you can visit them accordingly