For a long time, computer education and knowledge used to be a distant dream for most village kids in Kerala. Though the pandemic and resulting lockdown has forced education to go online, there are those less fortunate who are left out because of a lack of access to television, laptop or the internet. However, the students of Government High School, Akalur, a small village in Ottapalam, Palakkad, are among the few who have made use of opportunities. With help from Little KITEs, the computer skills training programme for high school kids, under the Kerala Infrastructure and Technology for Education (KITE), inaugurated by Chief Minister Pinarayi Vijayan in January 2018, this school and its students are setting a new benchmark for skill-based learning.

In 2018, 20 students were selected through an aptitude test and a Little KITEs Board was inaugurated by the then principal Priya S. The students got incredible support from faculty like Sujaya Rajan and school-level Little KITEs trainers Komala Krishnan MK and Anupama CS. Soon, at an orientation session under KITE district coordinator Sasi Kumar, the students were given training in audio-visual presentation and projectors. Ever since, there had been after-school classes every Wednesday and the school provided ten laptops for students to work on their projects in pairs. “They all worked very hard on it and not just for the grace marks. Some of the children are from underprivileged backgrounds too, so the school was really happy to support them,” says Priya. 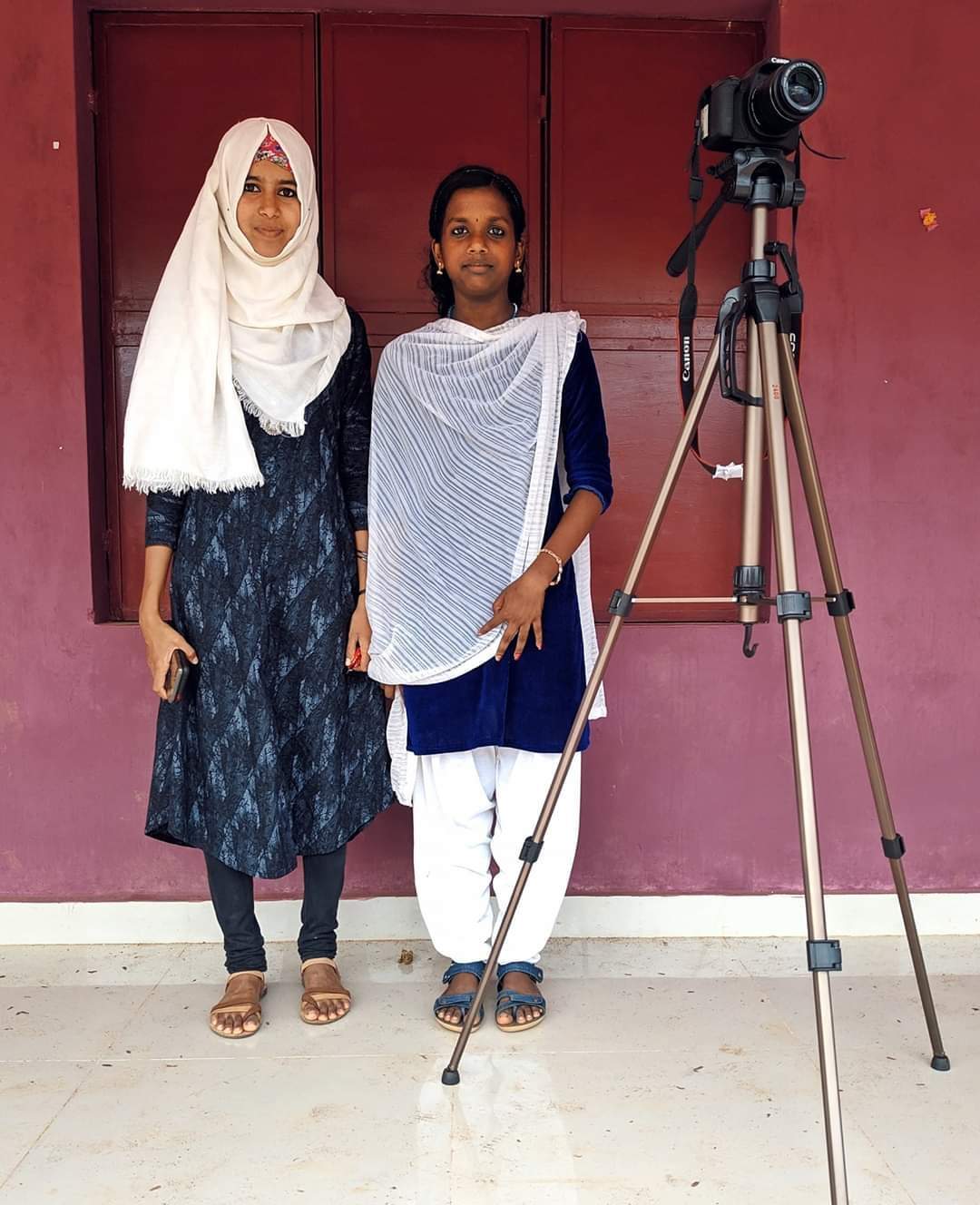 The core team, including Shahina N H, Anjana Das, Midhun N I, Abhijith Mohan, Nithya PS and Sneha MU, is trained in most computer-based skills like graphics, animation, scratch, Python, C++, mobile app making, robotics, electronics, hardware, Malayalam computing, desktop publishing, internet, cybersecurity and more. “Ours was the first batch to join Little KITEs from our school, so we had to learn from the basics. But our juniors are apparently already very good at it,” says Anjana.

In August 2018, the team received training in animation and graphics at a district level. Two students, Athul and Shahina were given training in DSLR cameras and filmmaking. Athul is fond of robotics and programming, while Shahina plans on picking a biology-math combination in Class XI. Shahina’s father left her and her mother, who now works at a textile showroom to raise her. She is also one of the straight A+ winners from her school in this year's Class X exams. “Sneha, Anjana, Nithya and I had made a pact to join the military but I also want to be a doctor. But that would require a lot of money, so I don’t think it's possible,” she says. BUILDING UP: 20 students were selected through an aptitude test

Apart from presenting their projects at school, the students’ best works are sent to KITE-VICTERS, the TV channel of the state’s Department of Education. The team also made a QR code for their school, so children can remotely access information and study material by just scanning the code. “We also trained mothers about QR code and how to use it, so they can keep a check on what students are doing,” adds Shahina. In two teams, the students have done numerous projects including a documentary on Kunjan Nambiar, one on their village Akalur, and animation on traffic awareness. They also released a digital school magazine.

Though they may have to move to different schools now, the programme has left these students curious and inspired to learn more. The students brainstorm together, scripting, drawing, coding or designing, depending on where their skill lies. “I already miss all the projects and camps. My new school won't have Little KITEs but they have other programmes there. We like learning and teaching other students what we know,” concludes Sneha.