The Student Empowerment Forum (SEF) was set up with a simple vision: students taking their lives into their own hands. And what led to the organisation’s birth was this very vision in action. Around ten years ago, four students from Kochi found each other in an engineering college where they discovered a mutual urge to ‘rage against the machine’. Perhaps it was the passage of time or having seen ground realities from their work on the field, the organisation now works solely to make sure that the machine benefits exactly who it needs to. “We were a community from the very beginning,” says Ashith Raju, one of the founders and directors of the organisation, “The first time we worked together was in MGR Colony near Tiruchy. We were told that the community there was severely behind in their awareness of major health issues. Thanks to the support of a college nearby, the four of us and a few other volunteers grouped together to teach the residents about AIDS and other major concerns at the time.”

The group of students who worked in voluntary organisations, such as the Make a Difference Foundation when it was at its prime, decided to build something up from the ground to support students like themselves with some fire in their bellies and guide them to use it to serve society. In 2016, they registered themselves as an official Trust and vowed to train social entrepreneurs who could create their own solutions instead of depending on other institutions for help. “Our main aim was to help students who struggle financially," says Ashith, “Yes, the government supports students up to 12th standard but there are many gaps that need to be filled before and after your higher education. So, the idea we set out with was very generic, to support students struck with poverty across the country. But having been a part of this since the very beginning, I can attest to the fact that it became about much more. When we stepped out into society, we were swept off on our way from cause to cause. We had never meant to head in any particular direction.” 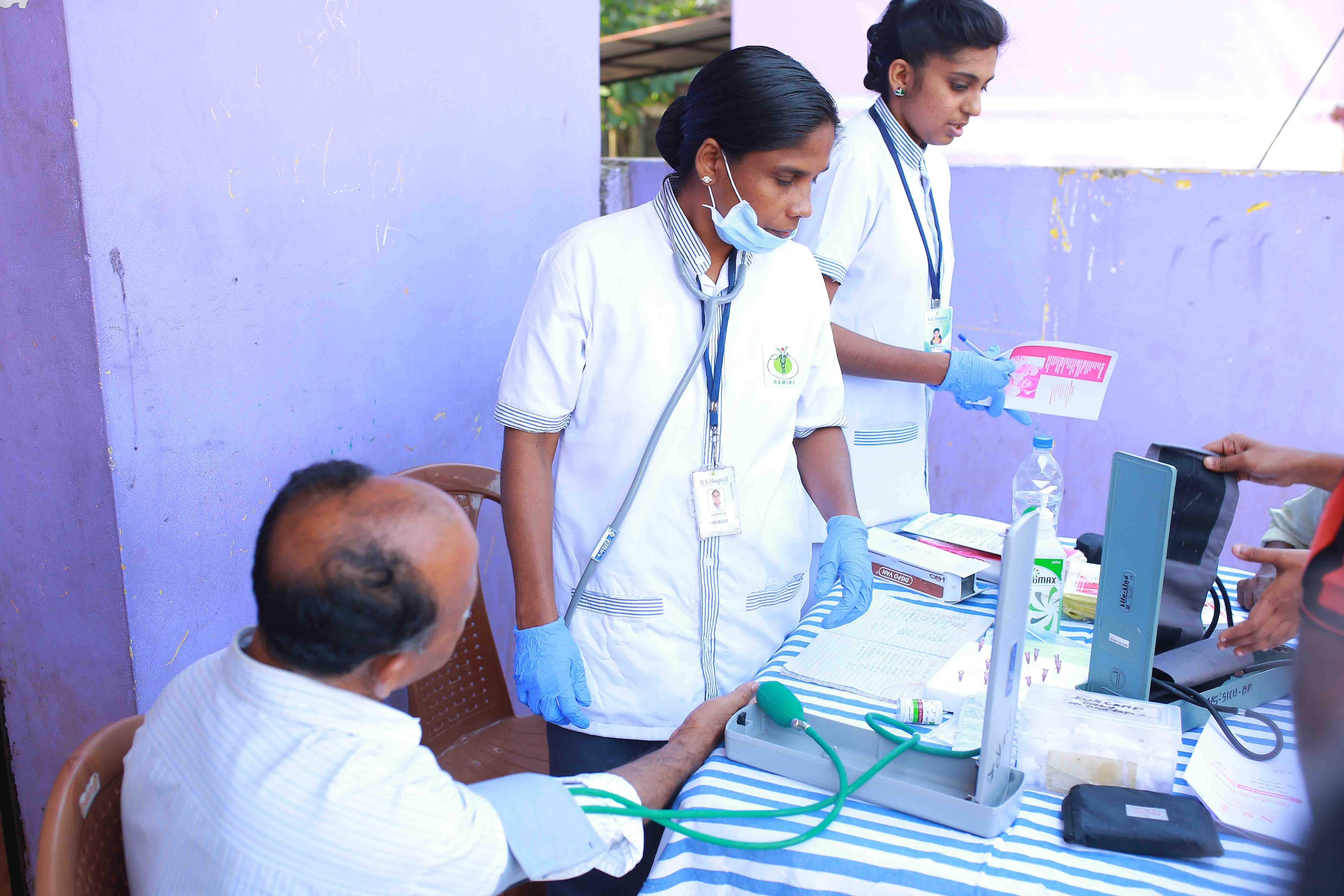 WORK RIGHT: In each centre, they chose a coordinator to oversee their work

Over time, they set up offices in Ernakulam, Thrissur, Alappuzha, Kollam, Malappuram, Kozhikode and Coimbatore. In each centre, they chose a coordinator to oversee their voluntary work and recruit students. In schools and colleges across the district, the SEF conducts a programme called Let's Encourage and Dare (LEAD). During these events, they engage with the student community in each institution and recruit volunteers. By engaging with the NSS, NCC and other clubs in the institutions, the idea is to build a solid base. Currently, the organisation has over 1,150 volunteers across the state. This is how the Forum began one of their largest projects. Over the course of the past three years, they have identified more than 1,000 students who are willing to donate their blood for those in need.

Having created an extensive database on their website, the team has been developing an app which connects those in need of a blood donation with those with the same blood group within a 10 km radius.
SEF has also established the Triplets Scheme which aims to support those in need of healthcare among the families of their student community. With the help of their student network, any instance of students who are struggling to support their own or a family member’s treatment are supported using their funds. In most cases, they focus on funding dialysis procedures for the elderly who suffer from kidney failure. But where do their funds come from? Since 2017, the Forum’s members have been organising Charity Miles, a marathon programme to support their various causes. For the most part, the proceeds are dedicated to support students’ education, dialysis procedures and any major issue that is raised within their organisation. In their last marathon held in August 2019 in Coimbatore, more than 780 people had participated, each paying between `700 to 1,200 for registration. 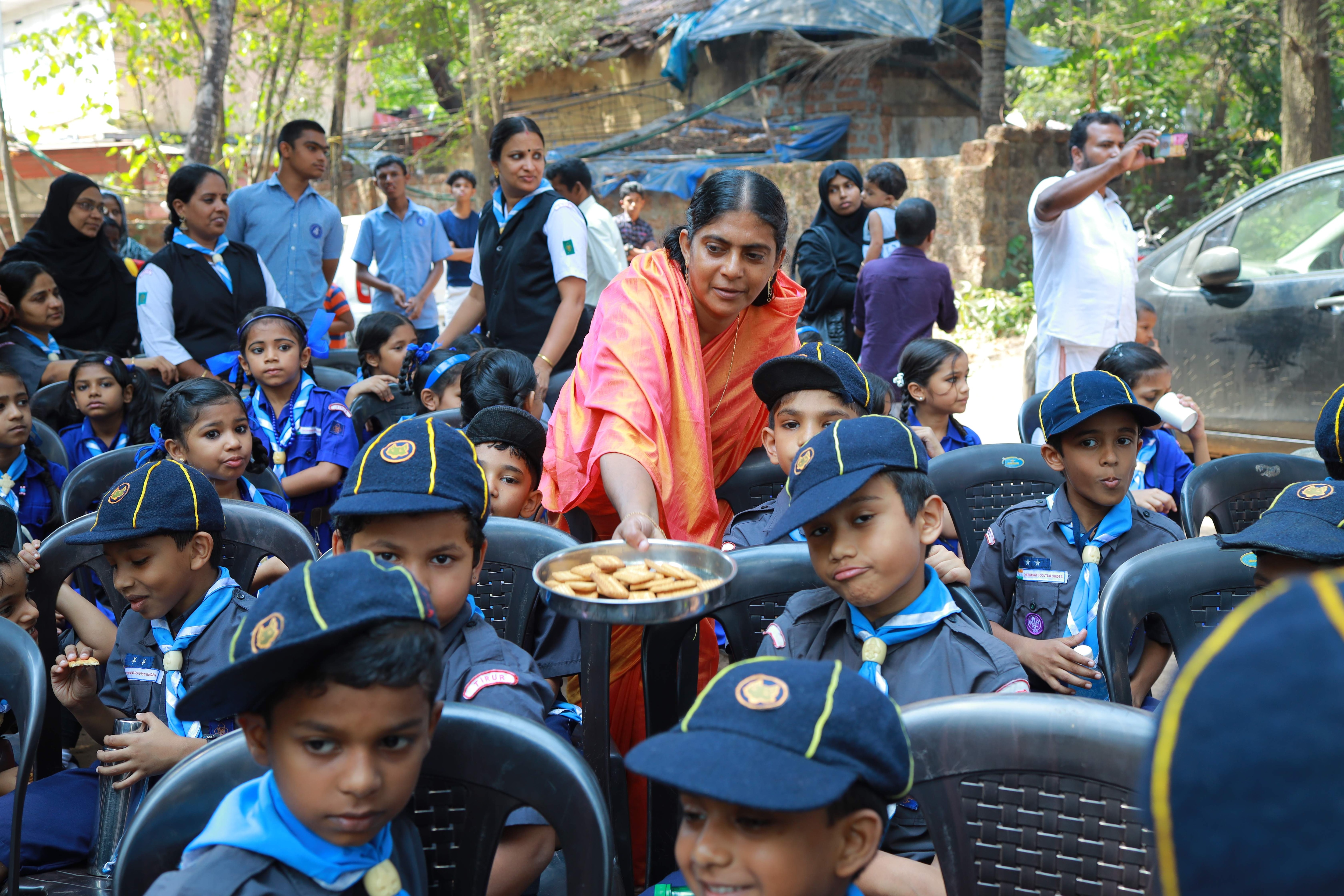 HELP OUT: Currently, students are being encouraged to recreate the subjects that they learn through 10 minute videos

“The problem with the sort of work that we do is that it's not long before people try to take advantage of our work,” says Ashith. “Since we learnt this the hard way, we deal with each case that comes our way on a case-to-case basis identified by volunteers or coordinators. Coordinators in each area visit the students personally to ensure that the case is legitimate. Once that is confirmed, the directorial board approves it and the funds are approved.” Speaking about their volunteers, he says, “We started working on this platform in 2018. Unfortunately, we were still working on finding volunteers in Kasargod district when the pandemic hit. A solid database is currently underway but we’ve had to put it on hold for now, considering the safety of our members.” Maybe it was the fact that they were students when they set it up that allows the people behind SEF to stay on track of exactly what a student in need desires.

The pandemic has only added to the woes of those the organisation aims to support. Ashith says, “A majority of our revenue has been blocked. Yes, we have sponsors but without colleges or schools opening, we have no avenue to conduct our events.” Since the education system has changed post-COVID, the team is now working to engage students through online platforms. Currently, they are drawing the blueprints to launch a platform on YouTube and social media websites where students will be encouraged to recreate the subjects that they learn through 10 minute videos. The idea is to encourage them to take their subject matter and simplify in to help them understand it better.