The film Mahanataka attempts to revive the love for Indian classical drama in the hearts of one and all. Director Vishal Patnaik takes us all through the making of this film and his thoughts about it

Many have lamented the diminishing presence of Indian classical drama today, but only a few have done it like Mahanataka has. The 22-minute-long Odia film is the story of a theatre director from the bygone era who jumps at the opportunity of directing a play but at the same time, battles multiple forces that prevent it from going on stage. Then there is that the allegory of a play within a film - in the film, the theatre director fights all easy entertainment options that have taken over drama and in the drama that the theatre director is directing, a king is fighting Western influences in his kingdom. If that's not irony, we don't know what is.

Drawing from his past
Written deftly and directed aptly by Vishal Patnaik, whose films have won multiple state awards, Mahanataka was shot back in October 2018 but released on YouTube only on June 23, 2020. Because Vishal is also an art teacher at one of the Odisha Adarsha Vidyalayas in Jeypore, he shot the film during Christmas, Dussehra and Pongal holidays though overall, he took just ten days in total. Writing the script, of course, was another matter altogether because that took a while as well. "My father was also a member of one of the drama associations and I have vivid memories of going to these performances. I have seen Indian classical drama drawing fewer and fewer audiences over the years," shares the 28-year-old. So the story of Mahanataka, which is a collaboration between Jeypore Film Company and production house Panchabati Srujanalaya, came naturally to him. 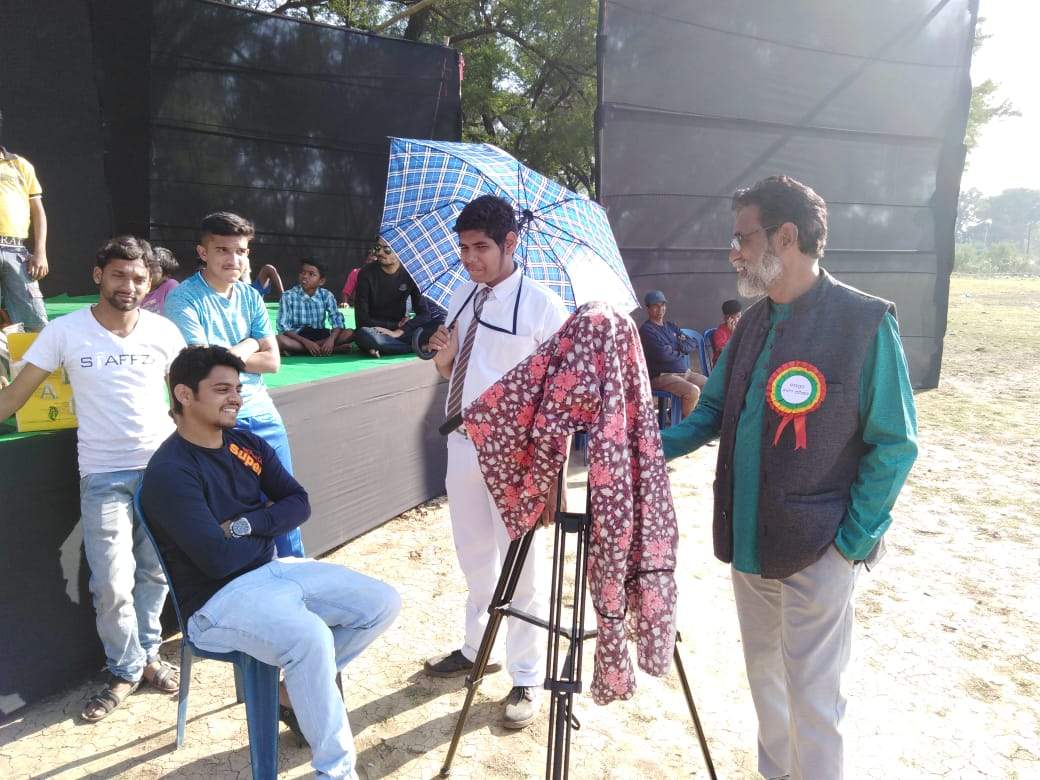 Attention to detail
Let us be the first ones to tell you that Vishal is a stickler for details. So, scouting for locations ended up being a very tedious task. "I was looking for a house for the theatre director and I wanted it to be old yet majestic, reflecting the mindset of the director who has been holding on to his love for drama," explains Vishal who pursued his Bachelor's in Fine Arts from Government College of Fine Arts, Chennai. He settled for nothing less than the Rajmahal in Jeypore. He even stitched the costumes for the drama and edited the film as well. "I am involved in many aspects of the filmmaking process because I see myself as a filmmaker and not just a director," says Vishal who did 90 per cent of the post-production work. Spoken like a true state award winner, we say!

After the film was released on YouTube, Vishal found loads of validation in the comments section that supported his love for drama. "I understand that the back-end work that goes into staging a drama is much more than creating a TikTok video but if we aren't exposed to Indian classical drama, how will we know that part of our culture?" asks Vishal poignantly. He also goes on to say that, "We have to grab the attention of youngsters by putting up short dramas about topics that catch the fancy. Some way or the other, it has to be done," he asserts. While Vishal might have already moved on to his next film on the bond between a father and daughter, he will carry a love for Indian classical drama in his heart. And he hopes that everyone warms up to it once again.

When Vishal came back to Jeypore from Chennai during his vacations, he randomly started shooting short films and that's when his tryst with movies began