This Kerala comedian's latest show 'God's Own Country' is airing on Zoom. Here's why you should watch it!

Twenty-three-year-old Sabareesh Narayanan is not going to miss his days in quarantine. The comedian, who performed his latest show on Zoom, depended on it to find joy again. Amongst the OTPs and discounts from the local supermarket, my text message requesting an interview brought a smile to this comedian’s face. He says, “The only joy in my life was the anticipation for the next show. Every Friday was the highlight of my week. I used to print the details of the show as motivation. It was literally the thing that was keeping me going. It’s very difficult to be an artist without a venue.” Titled God’s Own Country, the live show dealt with everything from religion to philosophy.

It’s showtime
“It is about God and the ‘country’, Kerala,” says the comedian who works in digital marketing. “It is sort of philosophical in a way. I don’t know if there is a God. If there is, there’s a lot we all have to reexamine. Here, I’m exploring this context within which we live and everything else. They call Kerala ‘God’s Own Country’ but there are so many gods here, which one does it refer to? Isn’t that already a problem? This was actually a tagline that some guy working in an advertising agency came up with, and I can relate to that. This is how we sold our state and that’s how I sell my show!” 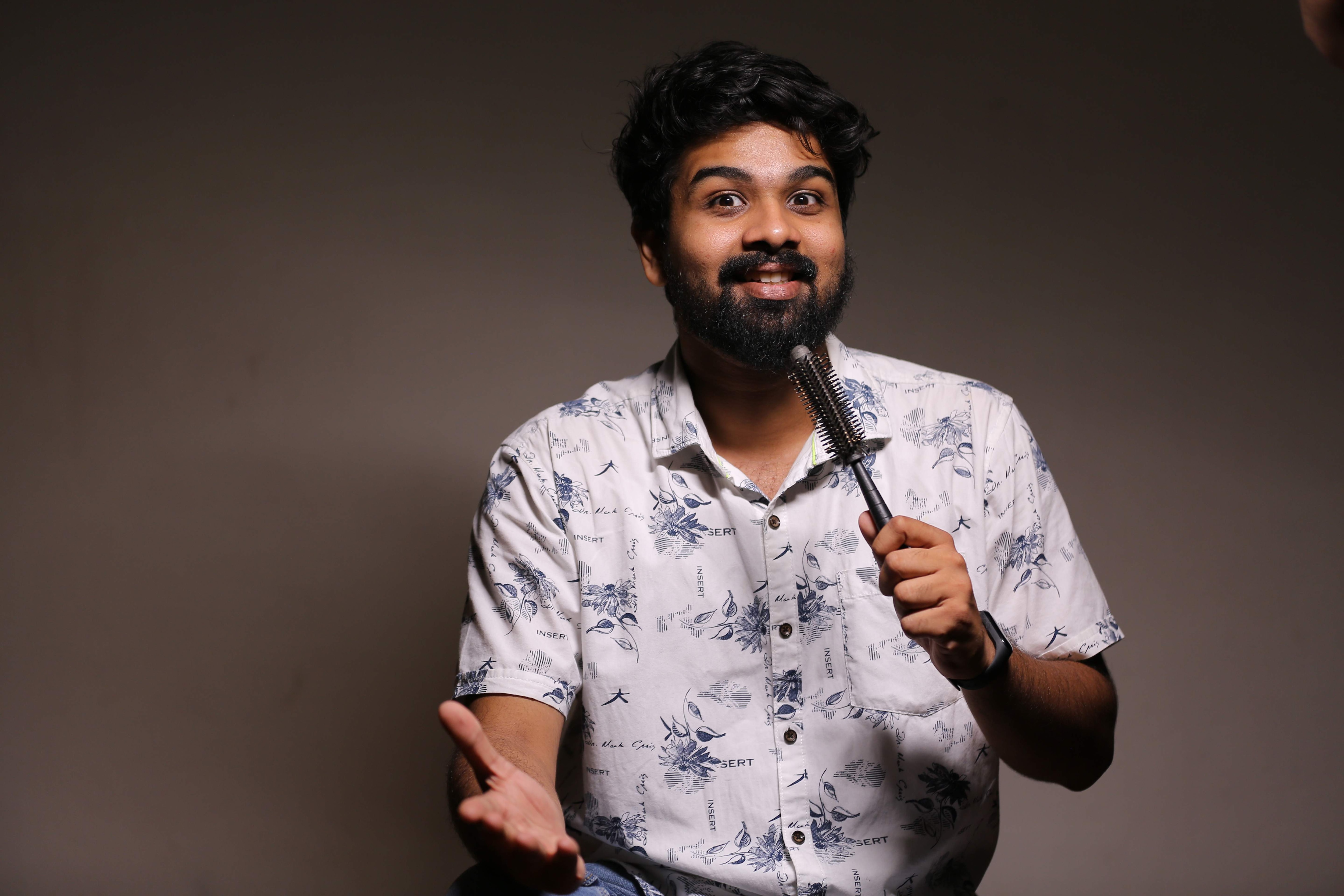 STAND TALL: The first show was restricted to an audience of 25

The show, which premiered on June 28 on Zoom, became a reality at a time when Sabareesh had begun questioning his own appeal amongst a pan-Indian audience. Having performed in cities like Chennai and Bengaluru, he was wondering if a wider audience would accept him. He enrolled in a global open mic called Feedback Mic where people from all over the world came together to perform. He loved the experience so much that he realised he was ready for any audience who would have him.
Sabareesh put together the show on his own and reached out to his circle of followers. Since this was a novel venture on the medium, only a maximum of 25 people were able to purchase tickets which cost `50 per head.

First laugh
Sabareesh takes us back to the day when he found his calling: During the Co-Curricular Activities period in 5th standard, when he cracked his classmates up so much that the teacher allowed him to perform skits ten minutes before the bell rang, every week. “At the time, I didn’t even know what stand-up comedy was!” exclaims Sabareesh who ended up watching hours of Russell Peters, Kanan Gill and Kenny Sebastian and tried his own hand at it. “I tried my first show in college and I failed miserably. I thought of how easy it was to make my friends laugh and didn’t even prepare a script. This was when I realised that being funny wasn’t enough. So, I decided to never try again.” 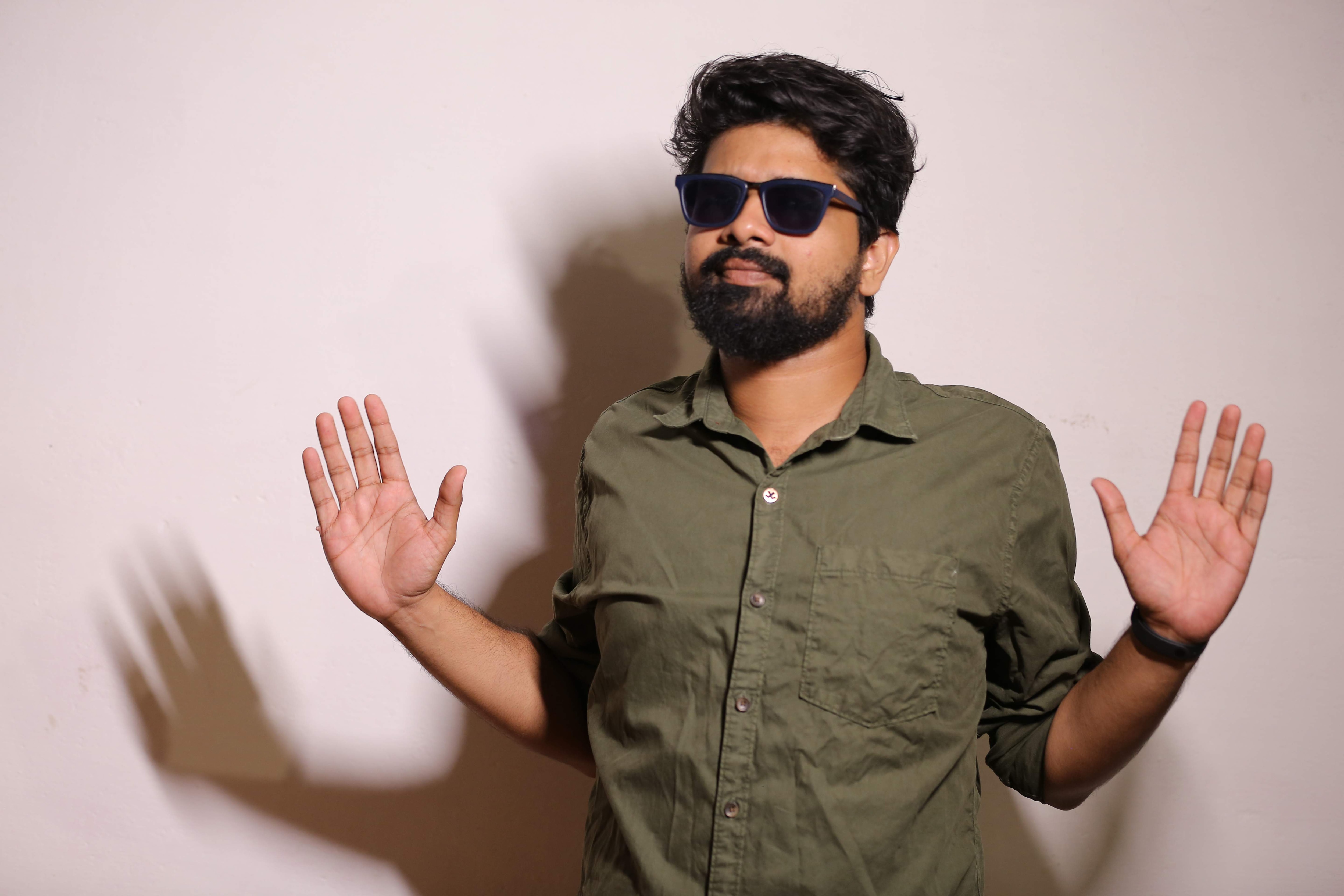 LOUD MOUTH: Sabareesh has made a space for himself in the industry

In his last year of college, the 23-year-old decided to attempt it again with Rahubali, where he created a sketch based on the fictional film Baahubali with Sonia Gandhi lifting Rahul Gandhi out of the water. “The comedy scene in Kochi is quite small. We may have 15 open mics in a year while most other cities have the same number in a month. But I tried my hand at every one of them. If I got at least one laugh in a show, I considered it progress,” he says.

Anyone who has chanced upon one of his shows would be familiar with the notes of self-deprecation and political analysis that it has grown into. Check out his next Zoom show, and you can see for yourself.

Sabareesh's next show will air on July 6. Ticket details will be put up on Sabareesh’s Instagram page: @standupsabari