How students of the CSCF are educating the coastal community through their own radio show, Radio Kadal

The Coastal Student's Cultural Forum (CSCF) was set up by a group of students who have the sound of the sea running through their veins. Set up in January 2016, the objective has been to unite coastal students and offer them all the assistance that they need. This year, the organisation set up Radio Kadal (kadal – sea), a programme that seeks to amplify the voices of the fisher folk from Thiruvananthapuram's coastal areas. Written, edited and recorded by the students themselves, it brings stories of the ocean, traditional knowledge and years of history into our airwaves. Here's our conversation with the students who are working to bring the 'kadal' to the people.

Jima Rose is a postgraduate in MA Sociology, Loyola School of Social Sciences. Having been a CSCF volunteer for the past three years, she is now Station Head for the programme. She says, "We inaugurated Radio Kadal on August 9, International Day of the World's Indigenous Peoples. The founders of CSCF felt that the coastal areas and our affairs needed to have a major part in the world of communication. The fisherman's voice has never been prioritised in mainstream media. And we wanted to create this face ourselves. Most importantly, our vision is about the wealth of knowledge that the community possesses and putting it out there." 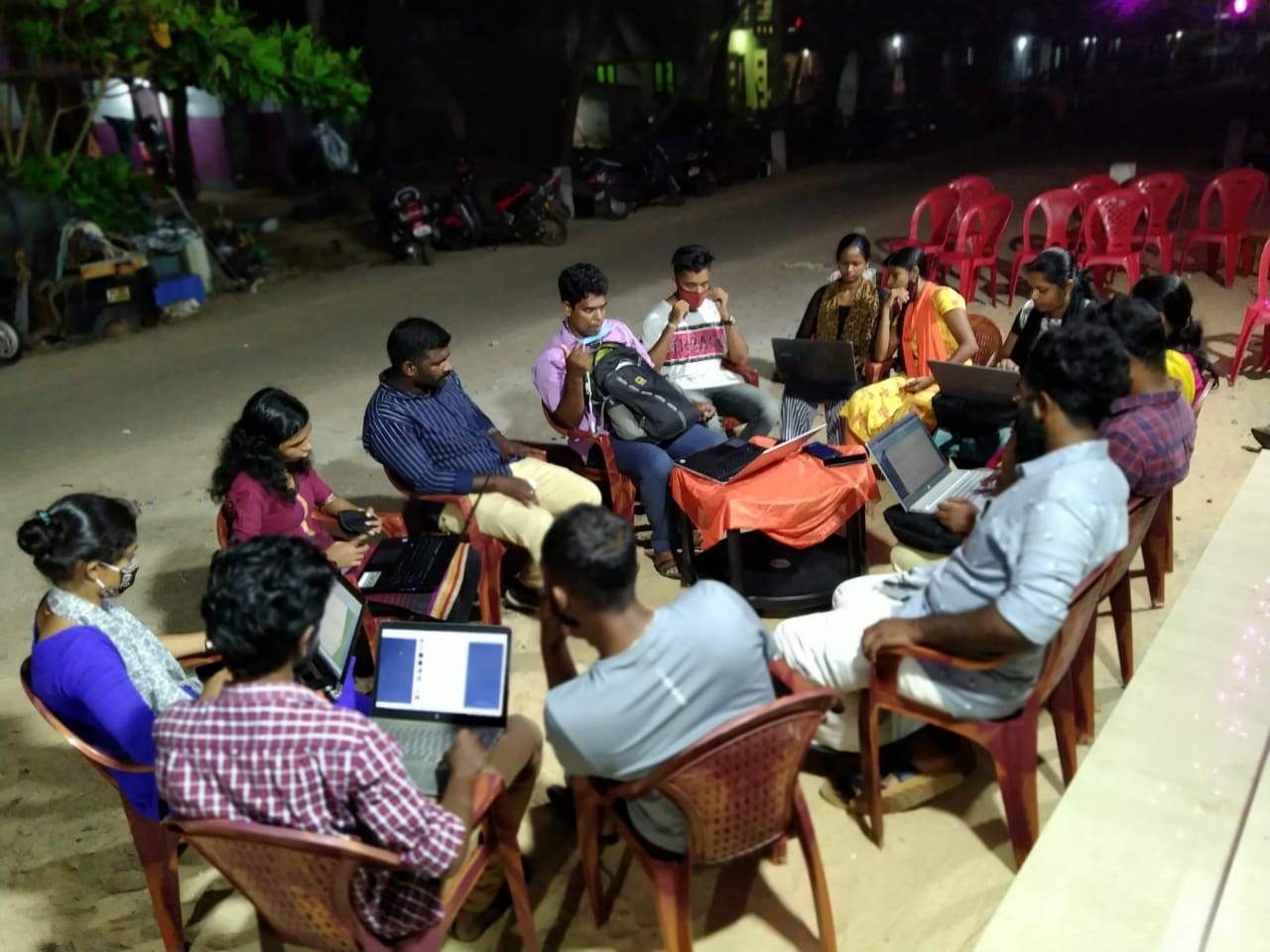 WAVE CHANGER: The youth-led organisation is managed and run by students

The group's intentions are in line with the UN's Sustainable Development Goals. With the objective to address socio-cultural issues faced by the coastal communities and to offer solutions for them, the components of the show itself are related to the community and their well-being. Radio Kadal attempts to connect our existing marine resources with the sustainable development of the fishing community. In accordance with the UN's take on ocean conservation, they aim to use the indigenous knowledge that they gather to bring about a sustainable change by 2030.

"We are connecting our seas and sea workers to the larger plan," says Mary Anita, a postgraduate of MA Linguistics, has been with CSCF since the beginning and when Radio Kadal began to broadcast, she earned the title of Creative Head. "So far, we've been focusing on interviewing great personalities who have come from the community, highlighting cultural issues, passing information about relevant issues and special segments on important days."

The team is guided by a panel consisting of Johnson Jament, Lecturer and PhD Supervisor at the University of Northampton and Lisba Yesudas, Assistant Professor at St Xavier's College, T'puram

Currently, the show is streamed on Facebook and YouTube once a week on Saturday or Sunday. So far, the team has released 19 episodes. Through its run so far, the show has highlighted issues like the various problems that were faced by the fisher folk during the pandemic and how students from the community struggled without the technology needed to attend online classes. They have also featured episodes about the loss of sea cover in many areas. They speak about major laws implemented that impact the coastal community and educate the listeners on why it affects them. Recently, they also released a segment about preparing for natural disasters after Cyclone Ockhi wreaked havoc among many residences.

Anita says, "One major limitation for us is that we broadcast online, which means we don't always reach the audience that we are trying to reach. Our topics are aimed at people who might not have access to other sources of information. When it comes to subjects like women entrepreneurs, we are explaining to the women here that they are entrepreneurs in the first place. So right now, we are waiting to avail a community radio license so we can finally reach everyone." In Karikulam, where they are located, the panchayat has allowed a building which they use as a station. While Anita writes the scripts, Jima edits the content. Romer Ignatius, BCA graduate and Ibin Nayakan, who is pursuing a PG degree in Mass Communication at the Central University of Jammu are in charge of the technical team and editing. While Ibin uses a phone and laptop to edit and extract the audio, Romer is in charge of the video elements.

Ibin says, "We have very limited resources right now, so we are using our own laptops and phones to capture this and our editing is done on free software." Romer adds, "As we give more importance to audio, my work is sometimes just piecing together images I have shot pertaining to the subjects discussed. For certain episodes, like the one where we discussed about coastal games and traditions, I recreated a game called Kurumana Kallan on the oceanside." In the future, they also plan to introduce a segment with weather forecasting to ensure the safety of the fisher folk. While they wait for their community radio license, the sounds of the sea play on.