All her videos talk about the backstories of the characters or the smaller stories of the Mahabharata that we might not be aware of. She takes us through the process of making them and why she did it

It was Anuja Chandramouli's grandmother who first narrated the Mahabharata, an epic of epic proportions, to her when she was two years old and since then, this epic continues to enthrall her. After all, Anuja's very first novel Arjuna: Saga of a Pandava Warrior Prince published back in 2012 was about one of the central characters of the Mahabharata, Arjuna.

And now, the author is back, but this time, she is bringing the lesser-known tales of Mahabharata to the fore through short YouTube videos. Shot before the COVID-19 and the subsequent lockdown descended upon us, these videos depict the author narrating the stories, old school-style and letting the story work its magic. Topics like Dronacharya's fury, Arjuna in exile and many more are refreshing to hear and the videos themselves are interspersed with illustrations. But since Ramayana is the flavour of the season, thanks to the broadcasting network Doordarshan airing it, why she picked Mahabharata is an interesting story in itself.

She is grateful to RG Chandramogan, Chairman and Managing Director, Hatsun Agro Product and Hatsun Badminton Centre, Thiruthangal and City Union Bank for their support

Love for the epics
There is no doubt about the fact that Mahabharata, written by legendary author Ved Vyasa, has several twists and turns to keep a reader engrossed. And the backstories of every character really fascinated the author. "This particular epic is a treasure trove when it comes to the cause-effect equation. I adore those little stories. No matter how many times it is narrated, each time, one tends to discover something new," says Anuja, still sounding fascinated. Upon discussing lesser known stories from the grand story when people exclaim, 'Oh, I haven't heard that one before!' that's when Anuja thinks she has triumphed. "Basically, this is my passion project and it is just me sharing those smaller backstories that I have cherished all my life," she says with delight. She also strongly feels that this epic, at its heart, is non-judgemental and pragmatic, qualities that are much-needed in today’s polarised times.


Speaking about shooting the videos, Anuja says that she ended up getting quite miffed with the camera. "It is so unforgiving! When I looked at myself on the screen, to my horror, I could see even the white strands in my hair," she shares and laughs. But once she learnt to ignore the two cameras dedicated to shooting her, she found herself quite at home. The 10 videos that are out now and the next set of 10 videos that will be out in the next week were all shot in three days. 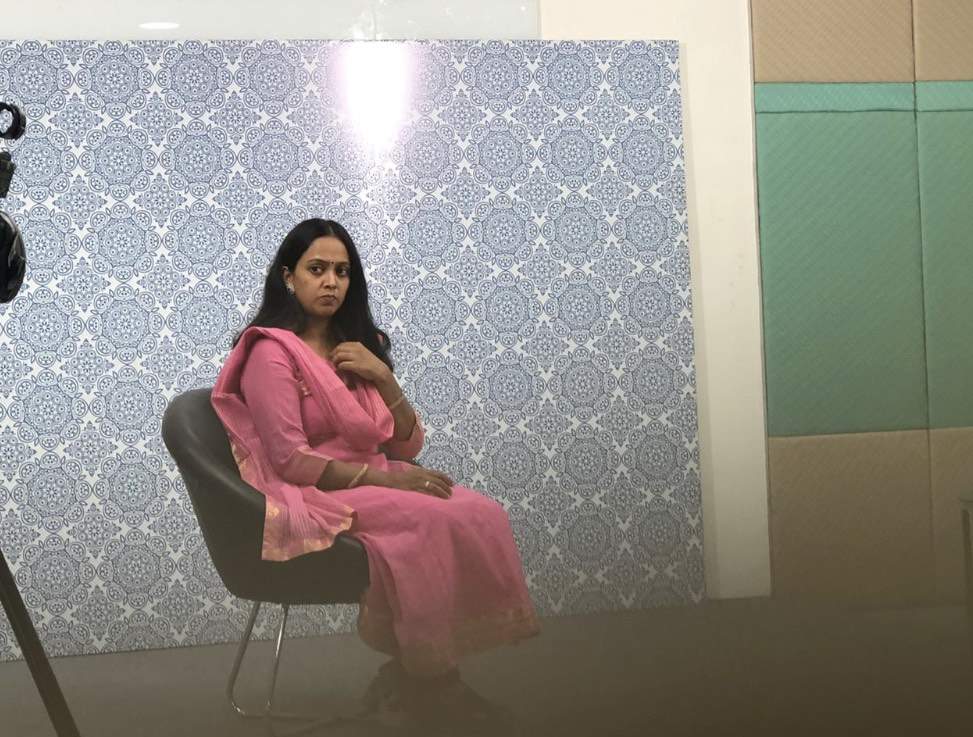 Those lesser-known stories
Back to the grand old book. Of course, we know that polygamy was quite prevalent in India, but did you know that it was Rishi Svetaketu who made monogamy the norm? After seeing his mother hold the hand of another man in front of his father, he was so disturbed that even his father's assurances that the latter wasn't bothered by it couldn't reassure him. This is what Pandu (father of the Pandavas) informed his wife Kunti about, "And mind you, he just informed her about it and did not force her to do anything," says Anuja. Then there is the curious case of Satyavati, great-grandmother of Pandavas and Kauravas and wife of Shantanu. She is also the mother of the writer Ved Vyasa. She is the daughter of a cursed apsara (angel), who turned into a fish because she was cursed, and a king. Now to know more, you will have to watch Anuja's video!


Anuja is an agnostic but she has grown up with these stories and characters. She is often branded as a bhakt online for talking about the epics but Anuja is of a different opinion. "Why should I subscribe to a political narrative and ignore what I love, storytelling?" she fumes and adds, "It doesn't matter if you look at Mahabharata as a charming story or from a religious standpoint. Both viewpoints are fine." She also poignantly says, "Just because I write these stories doesn't mean I am endorsing the current regime. I just focus on understanding the story and I keep it simple. Frankly, I can't be bothered with the trolling anymore."

Having studied in a Catholic school, she says she even fell in love with the stories of the Old Testament. And she is a fan of the Greek and Roman mythologies as well. "All stories are beautiful," she asserts. She also shares an instance wherein she was criticised for writing the book The Burning Queen on Rani Padmavati. "People from the South asked me why I am writing about North India. I don't see it that way and vice versa has also happened. It is merely one of the stories of India," she implores. There have been parents too who ask her to narrate these tales to their kids so that they can learn India's culture. "We should never put that kind of pressure on children. Children will tune in, tune out. Absorb what they want and leave the rest. I request the parents to leave the storytelling to me," she shares.