Azooka Lifesciences, a research hub incubated at the IISc could possibly have the answer to a more rapid and cost-effective COVID-19 diagnostic kit

Did you know that it could take two to three days for your Coronavirus test results to come back? At a time when first-world countries are stumbling in the path of the Coronavirus, a faster method of testing is growing increasingly urgent. The current testing method recommended by the WHO and CDC recommends using the Reverse Transcriptase Polymerase Chain Reaction or RT-PCR test method, which takes over 4-6 hours to complete. And this too could be delayed for days if your nearest hospital is having a particularly busy day. But India has adopted a different method - Quantitative PCR (qPCR), which is a method for rapidly identifying nucleic acids. According to Dr Fatima Benazir, Chief Scientific Officer at Azooka Lifesciences, it does not need to take that long. The research institute, which is incubated under the IISc, has been working on producing safe nucleic acid dyes for the past four years.

Azooka responded to the COVID-19 situation through two stages. The first stage was through scaling and ramping up the reagents (the substance that is used in medical tests to identify a chemical change) that are required for the diagnostic kits themselves. They are also trying to step up and provide indigenous reagents for extracting RNA collecting samples. The second stage was through developing and validating a diagnostic kit themselves. It follows the method of isothermal amplification which, unlike PCR, enables rapid and specific amplification of DNA at constant temperatures. Dr Fatima says, “With our dyes, we are trying to build a lateral flow assay (cellulose-based devices intended to detect the presence of a target substance in a liquid sample) using some guidelines specific to the viruses. This test will only be a qualitative test. It can tell if a person is positive or negative for the virus. After this, you will have to move on to a qPCR test for confirmation.” 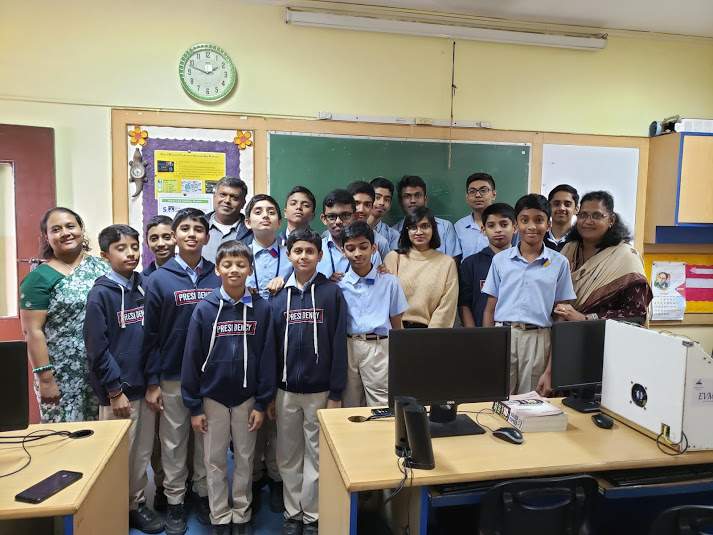 TEST RESULTS: The team is currently awaiting for positive samples of the virus

The test kit itself will be as simple as a pregnancy test kit and it is built using the different principles of fluorescence. Due to this, the sensitivity of the kit is at least a 1,000 times higher than most others being researched at the moment, due to the fact that an RNA extraction process takes around 20 to 40 minutes. However, it is a faster and cheaper test compared to the current qPCR test. The test can use RNA extracted from any source including blood, sputum or saliva. Dr Fatima says, “We can consider it a parallel solution to qPCR. In areas facing a lack of resources or in point-of-care settings, everyone may not have an RT-PCR machine or skilled technicians to operate it. Isothermal amplification can be done with a small water bath as well. It makes the whole process simpler. You don't need a skilled expert to perform it. So, in areas tight on resources, this could be extremely useful.”

But right off the bat, the research at Azooka have stumbled upon a massive roadblock. In order to validate the test, they are in need of samples from patients who have tested positive for the Coronavirus. Licensed only to accredited laboratories in the country, these samples have been difficult to procure. In addition to this, all diagnostic kits have to be approved by the Indian Council of Medical Research or Central Drugs Standard Control Organisation. “We need to be able to go forward with this research in order to help people,” says Dr Fatima. “Think of the implications: As we already mentioned, this kit can facilitate rapid testing. We would also be able to mass screen people. It can be used as a preliminary test in situations where clinical experts need to take fast decisions. It can also be replicated and used even in low-resource settings as a point-of-care testing method.”

As the country stands at the risk of entering the third stage of the virus progression, rapid screening will become the need of the hour. It is also essential that non-symptomatic carriers are screened, in addition to anyone who has the possibility of carrying the virus without the symptoms. For such necessary measures, a faster and cheaper diagnostic kit could do wonders.