With the mining barons of the state pushing the state government to approve the gold mining project in Kappatagudda forest and drop it from the category of being a wildlife sanctuary, the students and villagers surrounding Mundargi town gathered to protest. S S Patil, Prinicpal, Jagadguru Tontadarya Residential School says, "Every time whenever there is a protest, either adults or senior citizens participate. This time, we involved college as well as school students because they are the future generation. If mining takes place here, then not just the ecology, animals and farmers, but the future generations will also suffer. Therefore, we approached all the schools and colleges — including private and government ones — and convinced them to be part of this protest. Already, the temperature has been increasing during the summer. If this mining takes place, then not just Gadag, the surrounding districts including Koppal, Ballari, Bagalkot and the whole of North Karnataka will suffer. Therefore, we have requested the present state government not to permit mining in this region at all. And, we expect them to decide in favour of a common man."

20 years of  struggle to get this tag

Meanwhile, C S Arasanal who is part of the Kappatagudda Parisara Samrakshana Vedike, believes that it is not just a forest or wildlife sanctuary for the people living here, but a part of their lives. He says, "We have been working to save Kappatagudda for more than 20 years now and every year, we take up several activities including the street play, plant saplings, educating people about the wide variety of flora and fauna here. This is how we created the attitude among people that Kappataguda is part of their life and they must work to save it. Currently, the Kappataguda is spread across 33,000 hectares out of which 28,000 hectares is being announced as the wildlife sanctuary. Kappatagudda got this tag only on May 19, 2016 and denotifying this tag will only lead to bigger ecological issues. Farmers will have to migrate to cities if there are no rains." 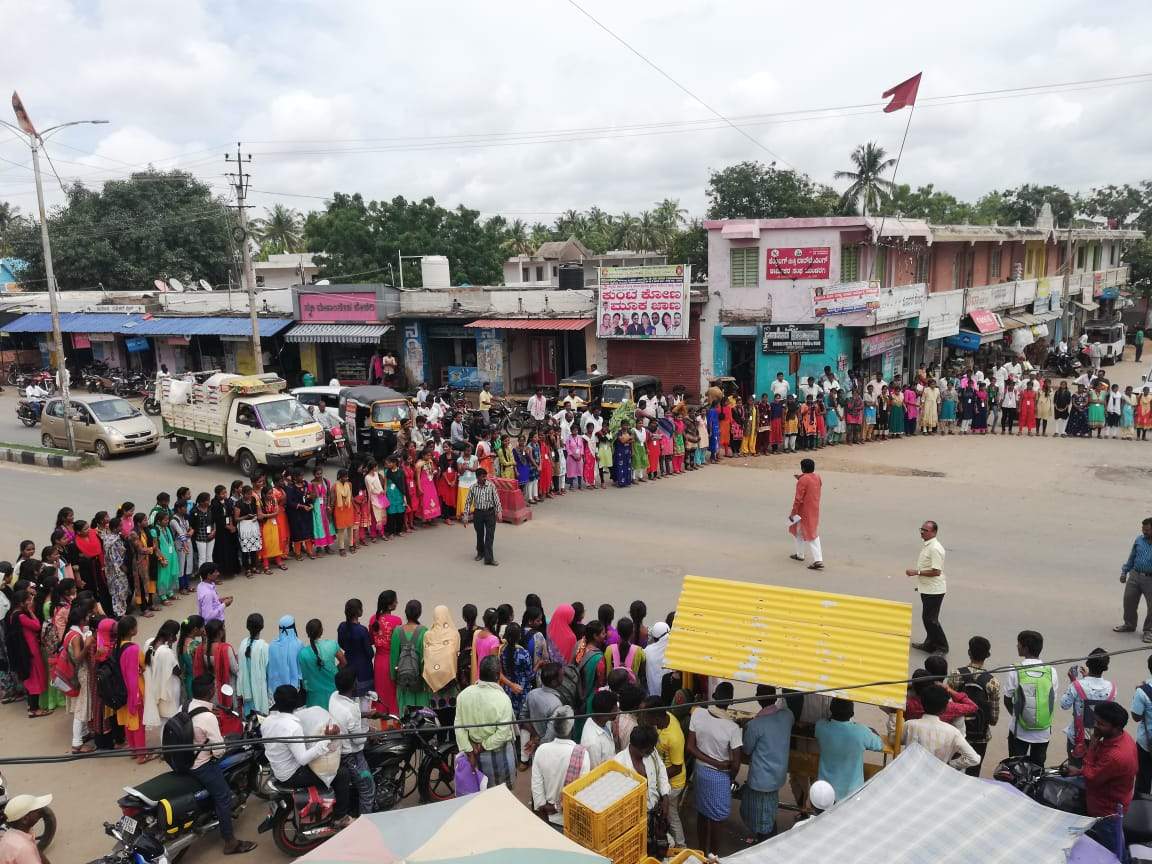 Save Kappatagudda: Students and villagers come together to protest against the idea of mining in Kappatagudda (Pic: Express)

He further adds, "Some people who have vested interests and support mining say that there are no wild animals or birds in this region. For such people, I can give a long list of animals with their population. When the Forest department of Karnataka conducted the census to check their population, they found 317 blackbucks, 66  juggle fowls, 35 fallow deer, 165 porcupines, 295 wild boars, four leopard and four bears, 40 wolves, 85 foxes and much more. In 2013, when the department went on to survey, they found more of these animals and over 265 varieties of birds. Apart from this, there are around 300 varieties of medicinal plants which are found here. They have been identified along with their names, shape and size of the leaves. Do we really want to lose all these precious elements for the sake of gold and money?"