In 1986, Thanal was born when a small group of nature enthusiasts wanted to bring attention to the environment. Their aim? To raise an environmentally-conscious generation by conducting studies on natural history and bringing environmental education to schools and colleges. True to its name, the organisation strives to save our ‘thanal’ (shelter) and to become a shelter for our natural resources that need urgent help.

The Active Executive Director of the group, Jayakumar C outlines their major mission these days which is to provide technical consultancy for government organisations, “As far as the climate is concerned, carbon emissions are only accounted for in the national level. With most national-level surveys conducted by the government, they provide a picture that Kerala’s emissions are less.” So the organisation’s climate action specialist, Sharon S, works at the local level to get the numbers right with a special focus on sub national emissions. 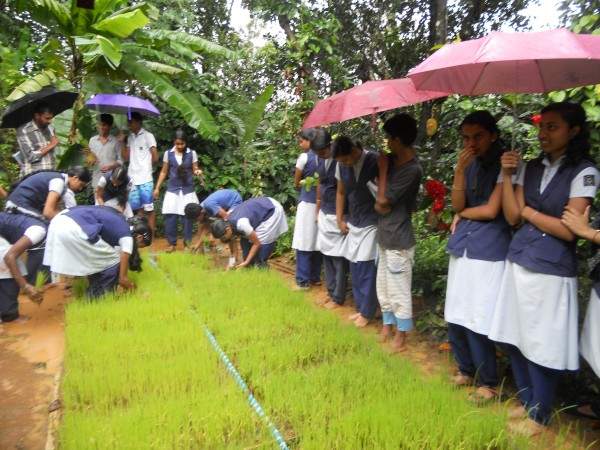 BAN TO-MIME: In 1998, Thanal’s Campaign with locals resulted in the State Government putting a ban on the use of Endosulfan

A State Government employee, Nithin Davis, volunteers at Thanal in his free time. Along with a larger team, he works on studying the carbon emissions in major cities in Kerala, like Kochi. Once they get the numbers right, the next step is intervention. Thanal avails support from the State Government to help panchayats manage their carbon footprint. Jayakumar says, “These panchayats are lacking in technical support for the most part. We try to inform them and offer them this technical support to build carbon-neutral villages. In a particular village, when we calculated excessive carbon emissions, we rounded up to around 15,000 tonnes. We have teams that find this imbalance and formulate decisions and educate officials on how to reduce it. All the political decisions that follow are made by the panchayat councils themselves.”

In Wayanad, Thanal has introduced a pilot programme to inform and train people about climate needs and how much carbon can be emitted in a year. Raju S and Dileep AD are involved in the organisation’s academic work. With clear cut research, the idea is to find a place in academic areas so that people start talking and contribute to their studies. Thanal’s Executive Board guides their content. The Programme Management team headed by S Usha and Sridhar R works with institutions on agricultural policy, protecting farmers and their organisations at the national level. Their Assistant Directors conduct work for sustainable living ecosystems and their promotion in day to day lives. A team headed by Manju Nair in Trivandrum works exclusively for research on ecological conservation, farming and agricultural work.

Their newest aim is to build a climate-resilient Kerala and hours of research is going into what needs to happen in the agricultural sector to facilitate this. Almost like nature’s equivalent of Ocean’s 8, experts have converged from various fields to help climate-proof the state and the world at large, to survive drastic climate change symptoms. Jayakumar hopes they will have answers in two years or so.