Between lengthy and fictional web series and fluffy Bollywood movies, one needs a good dose of reality. The Indian Documentary Film Festival of Bhubaneswar (IDFFB) is just what the doctor has prescribed for such an ailment. Organised by the Film Society of Bhubaneswar (FSB), this three-day festival starts on September 27 and goes on till September 29 at the Guru Kelu Charan Mohapatra Odissi Research Centre, Bhubaneswar. An eclectic and diverse range of movies, made by directors from Ladakh to Telangana, awaits all those who decide to catch up with these award-winning and critically-acclaimed documentaries. For fans of acclaimed documentary filmmaker Goutam Ghosh, not only will his documentary on Shehnai maestro Ustad Bismillah Khan, Meeting A Milestone, be screened, the 69-year-old will also be delivering a masterclass. We catch up with a few filmmakers whose documentaries will be screened at this festival.

A Journey of Passion 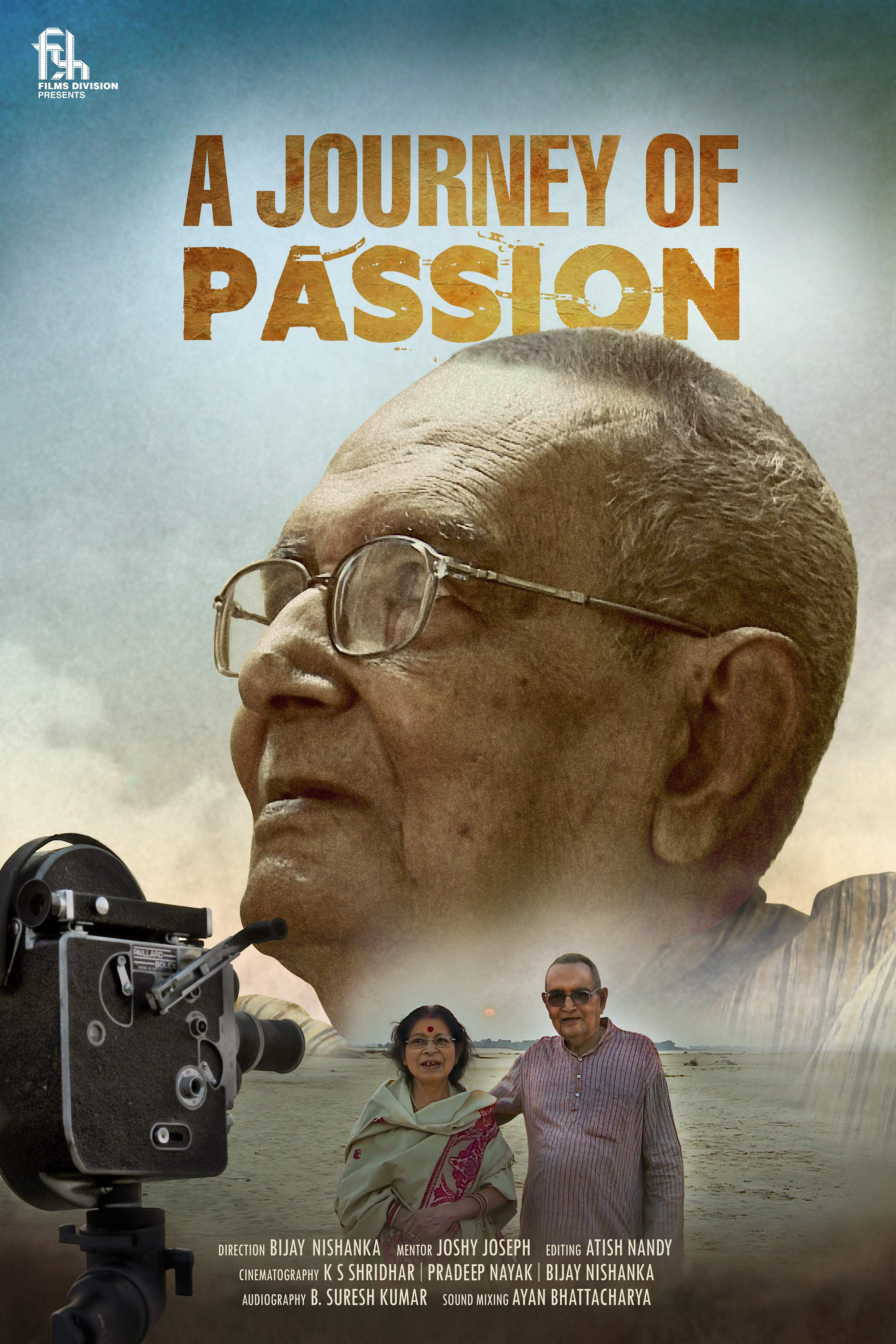 What late Gopal Chandra Ghosh has done for the Odia film industry is immeasurable, so it was about time this multi-hyphenate star's story was told in the best way possible and by his own family members. So, Bijay Nishanka directed the 51-minute documentary A Journey of Passion as a hat tip to one of Odia cinema's greatest. The documentary is about how Tanmayjit, Ghosh's grandson, set out on a journey to find prints of his grandfather's original work. Ghosh was behind Odisha's first crowdfunded film Sri Jagannath, which released in 1950 and won him the President's Award. "Back in those times, they went door-to-door to collect `10 for the movie and those who gave more than Rs 1,000 were included in the list of Board of Directors," says Bijay, who works in the Film Division, Ministry of Information and Broadcasting in Kolkata. 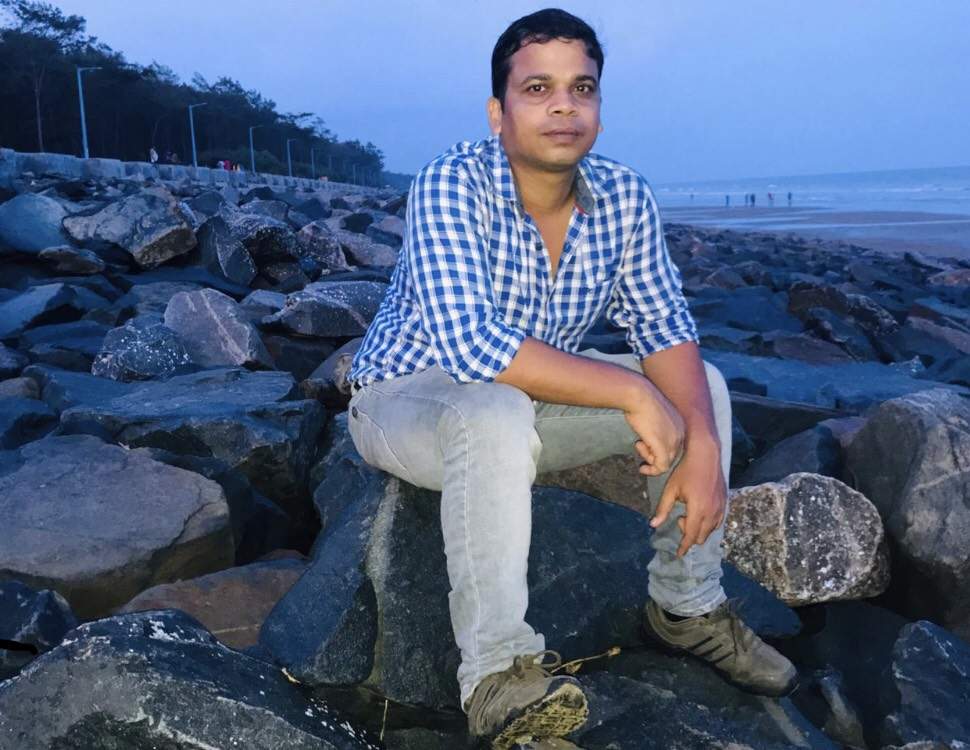 Face-to-face: The director will be present at the screening of his film | (Pic: Bijay Nishanka)

In an interview, Ghosh has reported that the movie was made on a budget of about Rs 90,000 and grossed Rs 5 lakh. Such was the greatness of Ghosh that he used to mortgage his house to make all his films henceforth. It was the mortgage for his last film that he couldn't pay, which was later settled by his family. "Even his son Indrajit joined us and narrated a few stories of his father," shares the 33-year-old who was born in Mahipur, Nayagarh district of Odisha. Bijay will be present at the festival. 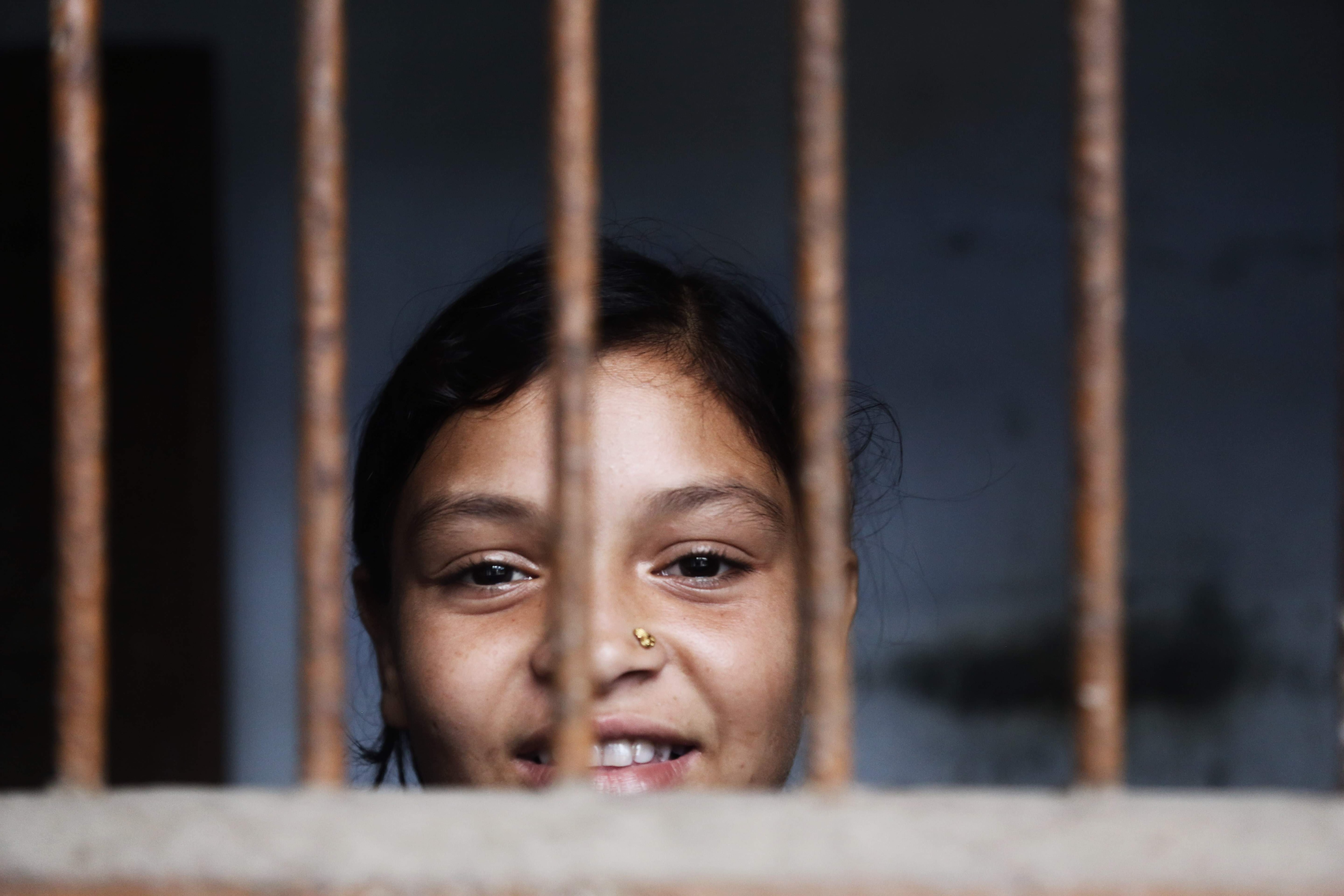 Through the bars: The director of Maida is Lubna Yusuf and the documentary will be screened on September 27 | (Pic: Lubna Yusuf)

Shot across a span of eight years, Maida is a movie which serves as a reminder that child marriage and dowry are still a reality in India. Directed by Mumbai-based Lubna Yusuf, her camera follows the journey of a young girl in Bihar who had to drop out of school, get married and eventually, birth a girl child. "Maida was a very bright child, I wanted to help her and admit her in one of the convent schools, but alas...," trails of Lubna, who is a lawyer and founder of La Legal, her own law firm. Maida tells her story through folk songs on social issues. Imagine a young girl singing a song which roughly translates to, 'Give me a pinch of poison so that I can consume it and die because how will my father get Rs 1 lakh for the Maruti?'. "These kinds of folk songs are imbibed in the psyche of women right from childhood because of which dowry and child marriage are not illegal to them," explains the 29-year-old. 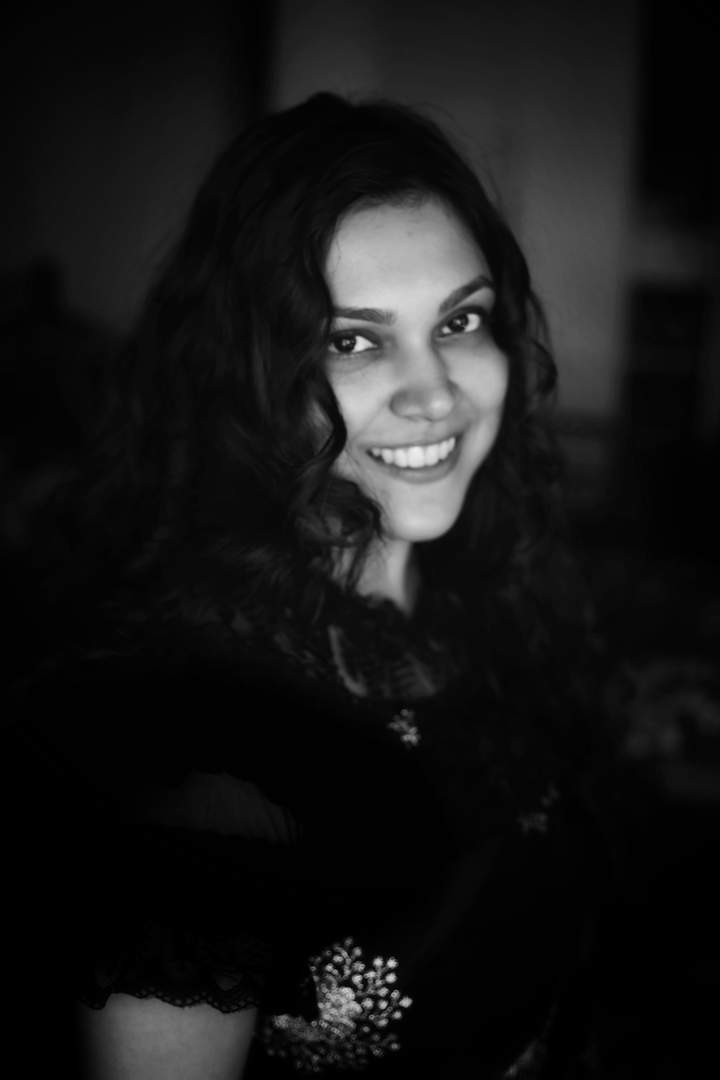 In a quest to make this movie, two of my phones were stolen and so was my bag, which had footage of the film. I dealt with setbacks, but never stopped

The Kolkata-born director not only had to deal with villagers who were opposed, though not dramatically, to her shooting the film, but she also had to deal with her own nightmares. "I used to dream that law books were falling on my head. I felt that I need to tell this story, otherwise what's the use of all my education?" she asks. 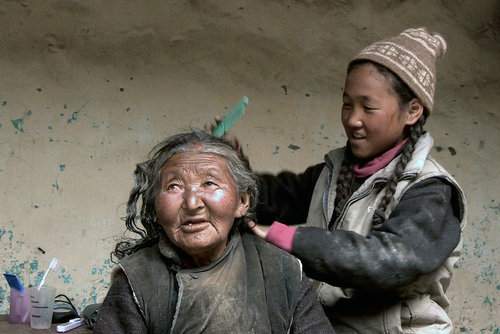 Grandparents have been a part of most of our childhoods but in Ladakh, they are an integral part. And that is the story Stanzin G Dorjai chose to relay through his 26-minute movie, Grandir au Ladakh (Growing up in Ladakh.) This short film tells the story of his own niece Padma and his mother, who stay in the remote village of Gya, which is 4,300 metres above sea level, and their relationship. "Education gives you knowledge but not wisdom. Grandparents play a huge role in a child's life," says the filmmaker, admitting that it was both difficult and easy to shot his own family.

When I was growing up in Gya, pashmina goats and yaks were my friends. After the age of 13, when I went to school I realised things like modernisation

The director started shooting this film in 2017 and it took over a year to conclude. It was his mother who taught Stanzin that life presents two paths — one that is difficult and one that is easy. Perhaps that's why he doesn't shy away from choosing to go down the difficult road, like shooting in extreme temperatures to capture the essence of the place. Even for his next, the ace director shot in Mongolia in temperatures as low as -40 degrees. Stanzin, who will be present at the screening of his film, says that documentaries are like home food which is more important than any fancy hotel food.

Gujarat was torn by communal riots in 2002 and many houses were burnt. Saira and Salim visit their original house for the first time after the riots and Eshwarya Grover captures this moment in the documentary Memoirs of Saira & Salim. She met the couple in February last year and shot the film in just two days. "They had imagined their whole future in that house. Their son was born and killed in that house," recalls Eshwarya, giving us goosebumps. While Saira was very vocal about her feelings, Salim's voice had obtained a detached quality. The 26-year-old had met the couple, who now live in a one BHK, during a memorial service that was held for the survivors of the riots. So, what started as an architecture project on abandoned spaces, quickly turned into this documentary. 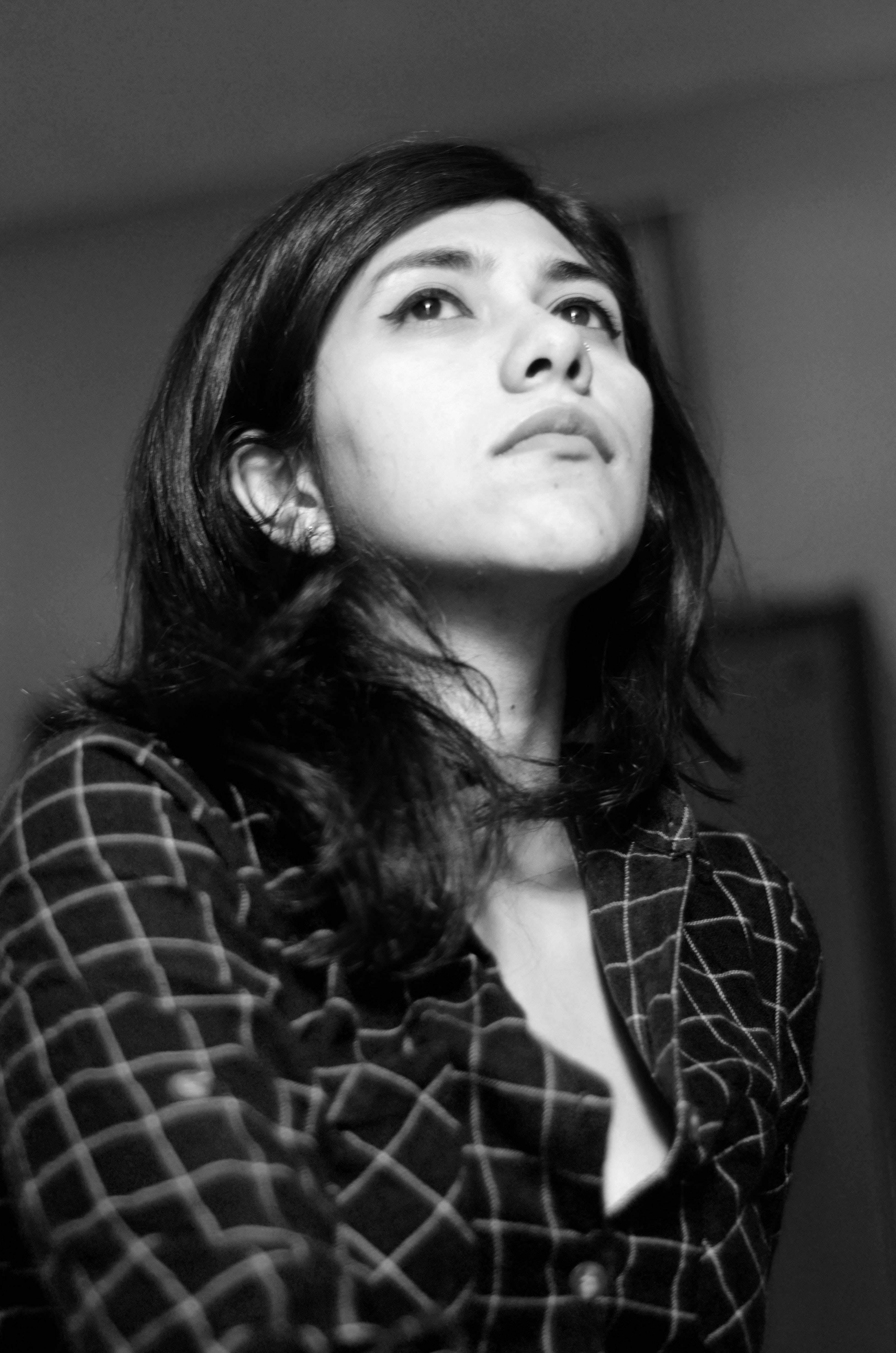 "I am not trying to make any political statements, I just wanted to make others see for themselves what these people had to go through," says Eshwarya who is from Jaipur, but is currently based out of Ahmedabad. Currently, the youngster is shooting her next film about spending the summer with her grandparents.

Other movies to catch up on at IDFFB -

- Nodir Kul Nai: A short film by Parasher Baruah explores the culture of Char Chaporis of Assam
- We Have Not Come Here To Die: Post the suicide by Rohith Vemula, this movie attempts to document how the landscape of education exploded
- Kaifiyat: This film looks at tabla, how Ustad Nizamuddin Khan and how the musical instrument has evolved
- Uyyala: Through this film, Aditi Maddali talks about the agricultural songs of Telangana and their political journey