Abhirami Manohar, one of the main school student-activists behind Kochi's climate strike, tells us about the idea behind the students' movement

Perhaps it's in the voices of these children that the urgency of climate change is most evident. On Friday, September 20, students from Kochi will join activists from the group Climate Revolutionary in Trivandrum, Bengaluru, Kolkata, Chennai, Delhi and Mumbai to sacrifice a school day in the name of the environment — as a part of Greta Thunberg's Fridays for Future movement. Chief among the protesters is Abhirami Manohar, a 11th standard student from Kendriya Vidyalaya in Kochi. When we caught up with her, she was busy making posters for the big day out of cloth-based posters and a leaky ink pen.

"I heard about climate change for the first time from my mother," says Abhirami. "We read up about Greta Thunberg together and I knew that I wanted to join this global movement as soon as possible." When she approached her Principal with the hope to do something about it, the school set up their nature club. From here, it was easy for her to reach out to many other students and mobilise their support to bring Thunberg's mission to their school. 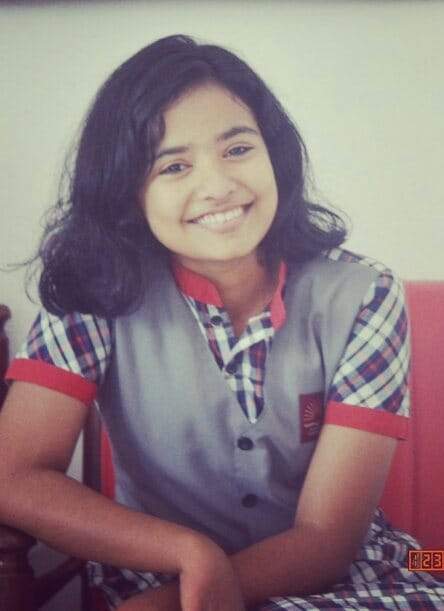 Change maker: Abhirami is a 11th standard student from Kochi

Abhirami says, "We are the first generation to truly deal with the effects of climate change and that is why we need to be the ones to start this movement. This is the time to bring this message to Kochi in the aftermath of the floods and landslides. We might actually be able to change something. We need to do this for our own survival." Once she started spreading the word, support started to gather for the climate from across schools in the city and outside.

The demonstration, which will be held at Durbar Hall from 9 am comes at a time when young people like Abhirami had started to feel unheard. With global leaders and their conversations barely scratching the surface of the issue, students have begun to feel disheartened. Abhirami tries to convey the disappointment, "We are having to take this on the road while we should be at our desks in class because no one else seems to care enough. We need people in power to respond. It is very harmful when our leaders dismiss the truth behind the greatest threat to our environment. Each time they ignore this, they are putting a child's life in danger. Apathy has endangered our entire generation. "

In the absence of an answer from those who they looked up to, the students have begun by making major changes in their own lives. The students of the movement refuse to use anything but reusable ink pens, they carry their own covers to the supermarkets where they encourage their parents to do bulk shopping. The protest itself will be entirely green with posters made purely out of cardboard, steel glasses and no flexes in sight. "Each small change can make a huge impact to the world," says Abhirami, who hopes to at least have 100 students present at the campaign. Indeed, when it comes to making a difference, size truly doesn't seem to matter.