This is how Hyderabad students rocked the International Youth Robot Competition

Apart from the competition, programmes like science experiments, social activities and tours are also organised at International Youth Robot Competition

To test the robotic skills of youngsters across the globe, another season of International Youth Robot Competition (IYRC) was held. This time, it was conducted in Daejeon, South Korea. Students from Hyderabad-based Leap Robots, a centre which offers STEM training, participated again in both junior and senior category and were able to gauge where they stand when it comes to the global scenario. We spoke to students from both teams and here's what they have to say about their experiences. Bharat Teja Verma Kalidindi, Ashrith Edukulla, Banisetti Haasit Saran, Shaik Aahil Ahmed and Gautam Veerapaneni won second place in senior's category, creative design and lost to Malaysia by three points. "We were certainly not very happy about it," says Bharat and adds that, "But the experience of it all was amazing." The student of class X from Indus International School, Hyderabad along with his teammates, landed in Daejeon on August 1. But their preparation started much before that. "Actually, one and a half months before the submission of our idea, it failed. Then we had to turn it around and find another idea," says the 14-year-old. For one and a half months, they visited Leap Robots, Kuktpally to give definite shape to their idea. And finally, it resulted in them securing the second spot. What did he like about Daejeon, especially when it came to food, we wondered, and Bharat replied saying, "Ramen for sure!" 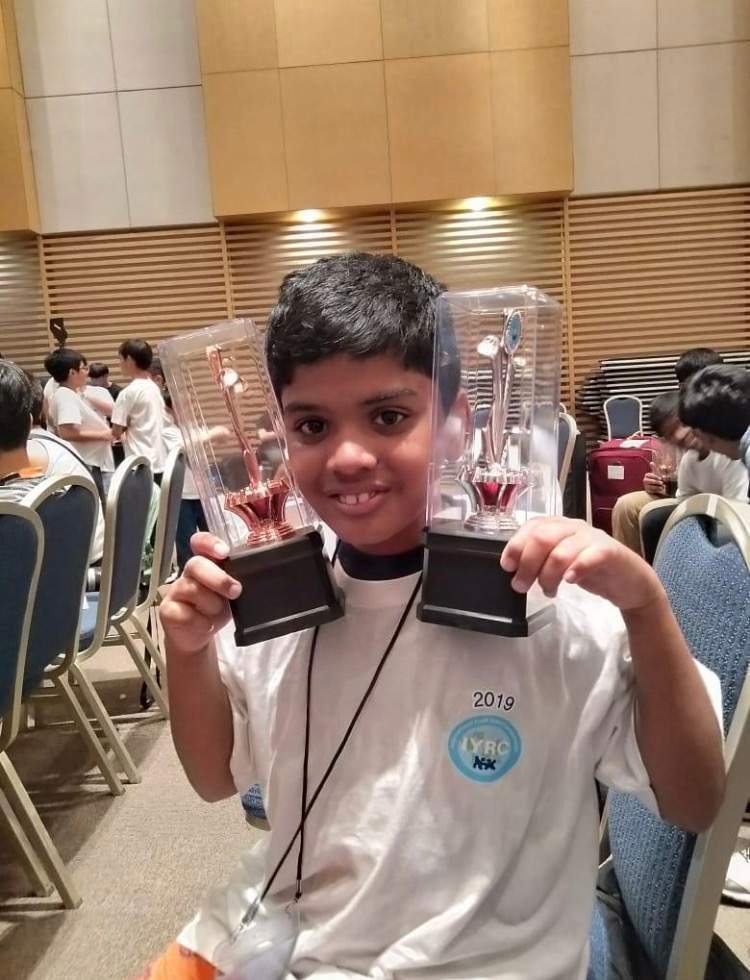 Pradyumna Aarnav Pasalapudi, Samanvya Gautam, Vijay Vedanth Vemula, Riddhima L Chukkapalli and Saaketh Bhardwaj Popuri were a part of the junior's team. It was Pradyumna's first time abroad and he was thrilled to bits. "We met many people from different countries," says the 11-year-old. Their project, that they had to complete in limited time, was building a city that sustains on it's own and the team decided to name it Eco-City. "My most important takeaways from this experience was teamwork and patience," says the student of class VI from Pragnya Montessori School.

What is IYRC?
- It is organised by the International Youth Robot Association
- It is open to students above the age of eight
- It is for students who like to build robots or have an interest in robotics
- Apart from the competition, it also offers programmes like science experiments, social activities and tours

For more on them, check out  iyrc.org