Dhanraj lives in a two-storey building, out of which, the second floor functions as a budget hostel for PG doctors and helps them study in peace

TN Dhanraj is definitely the most spirited 76-year-old I have had the pleasure of talking to. In his heyday, he worked with the government in various capacities and retired as the AGM of District Co-operative Central Bank in 2002. Most would happily become wallflowers post retirement but not this man. Finding himself still filled with vigour and rearing to go, TN Dhanraj turned agony aunt for most of the residents of Padmarao Nagar in Hyderabad and used his wealth of knowledge to counsel the folks on legal and family matters. But one of his most significant contributions to the society and the youth has been the e-library he set up in the community hall of the locality.

He brought together donations and being a member of the Telangana Rashtra Samithi, he garnered the support of the GHMC and Minister Srinivas Yadav, set up the community hall first in 2014 and in May 2015, the library came about. "I personally struggled to develop the infrastructure so that youngsters have a place to enhance their knowledge," says the Nalgonda-born Dhanraj who celebrates four years of the library this year. 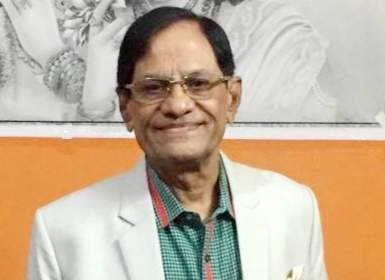 The library has two computers with internet facility and 12 racks of books with a seating area. Nine leading dailies are also available in the library for everyone to read. "At least 30 to 35 people visit the library every day," says Dhanraj, the president of the library. There is a designated person who maintains a register of the books being borrowed and by whom, and it was just last year that CCTV cameras were installed in the premises. "I have also proposed the idea of a basic gym so that the residents of our locality can keep fit and a reading room for those students who can't afford a place of their own," says Dhanraj. But where does he find inspiration to do so much? "From the words of Dr Kalam, Swami Vivekananda and other great souls," he says with a smile.

Trivia about libraries:
- The word library comes from the Latin word liber meaning book
- The first library consisted of thick clay tablets with information inscribed on it
-  In the ancient world, the Library of Alexandria, Egypt, was the largest and most significant one
- Library of Congress is the National library of the USA and currently, the largest in the world