Benorita Dash uses discarded pieces of cloth to make bags, clothes, accessories and whatnot. Drop by her store Ladyben in Bhubaneswar and see for yourself

We are all familiar with this nursery rhyme and it wouldn't be wrong to say that it has been drilled into most of our memories. Come to think of it, the rhyme could find new resonance in the context of Swachh Bharat Abhiyan. But what really got me thinking about the rhyme is the work Benorita Dash is doing. She is picking up bits of cloth with multiple intentions for them — many of which go beyond the rules of cleanliness. 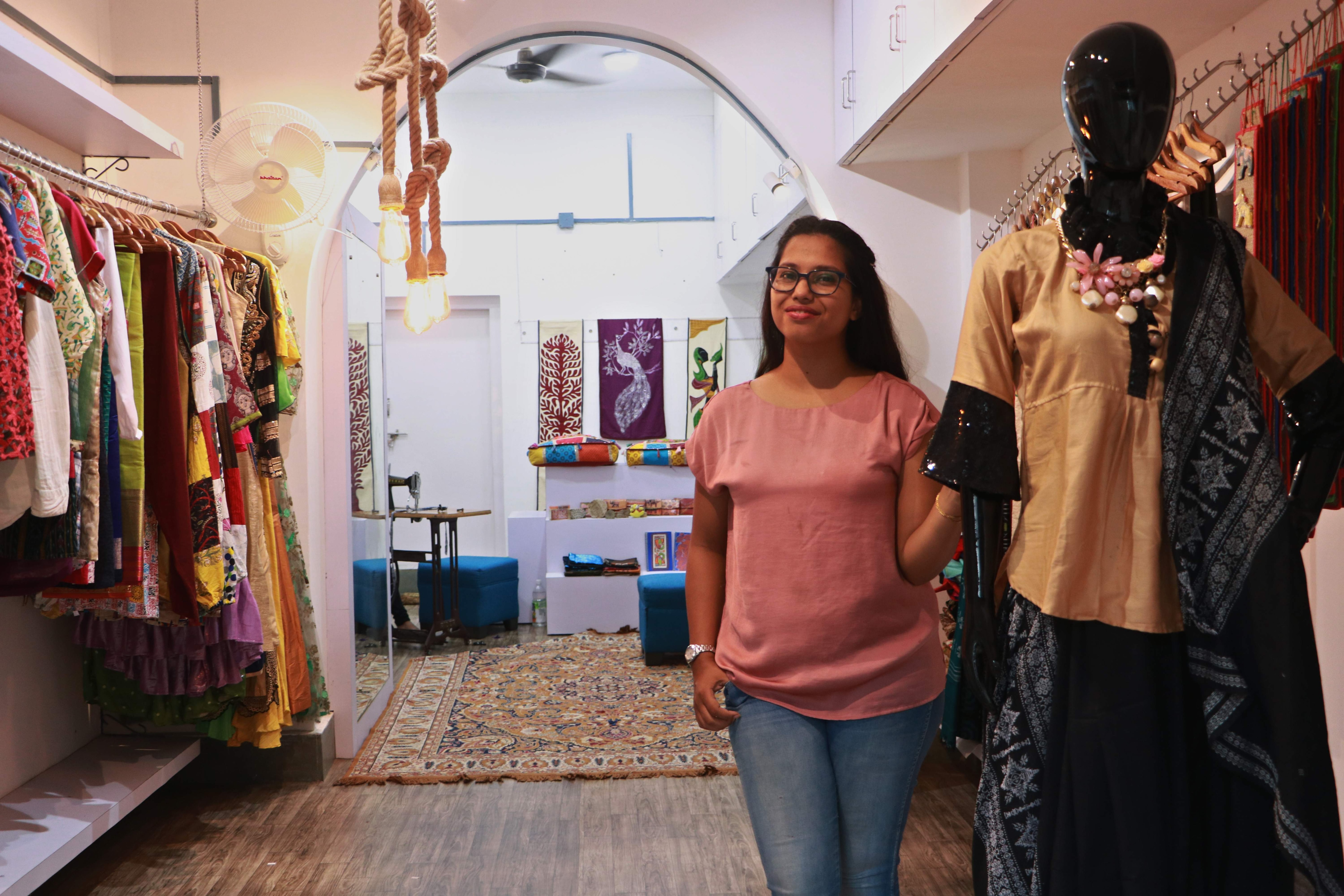 She is making a whole new fabric after sewing these bits of cloth together and making clothes out of the said fabric. Think cute crop tops, baggy trousers, edgy bags and accessories too! If you don't believe us, drop by her store Ladyben in Old Town, Bhubaneswar and see the truth for yourself. If in your mind's eye you are seeing garments made using the patchwork technique, I'm going to stop you right there. The work is much more skilled than that and naturally, looks aesthetically gorgeous. Her latest achievement includes opening her own store in Shahpur Jat, New Delhi.

Once every two weeks, Benorita invites a bunch of youngsters to her store and talks about sustainability and its importance. Last time students from Rama Devi Women's College were in attendance

Sew it like her
For someone who used to stitch bedsheets when she was six, pursuing a Master's in Design was the most natural choice. But design was not her only calling, she soon realised that she has a green heart. "I started avoiding plastic early on and would opt for ceramics and glass products instead. I never purchased a lot of clothes and used to just mix and match everything. I don't even like wasting food. I am what you would call a minimalist," says the 26-year-old, who loved her mother's handloom saris and that's another fact that hasn't changed since her childhood. "I remember weavers used to visit our house to show my mother different saris. I learnt a lot about weaves from them," she says with a nostalgic smile. 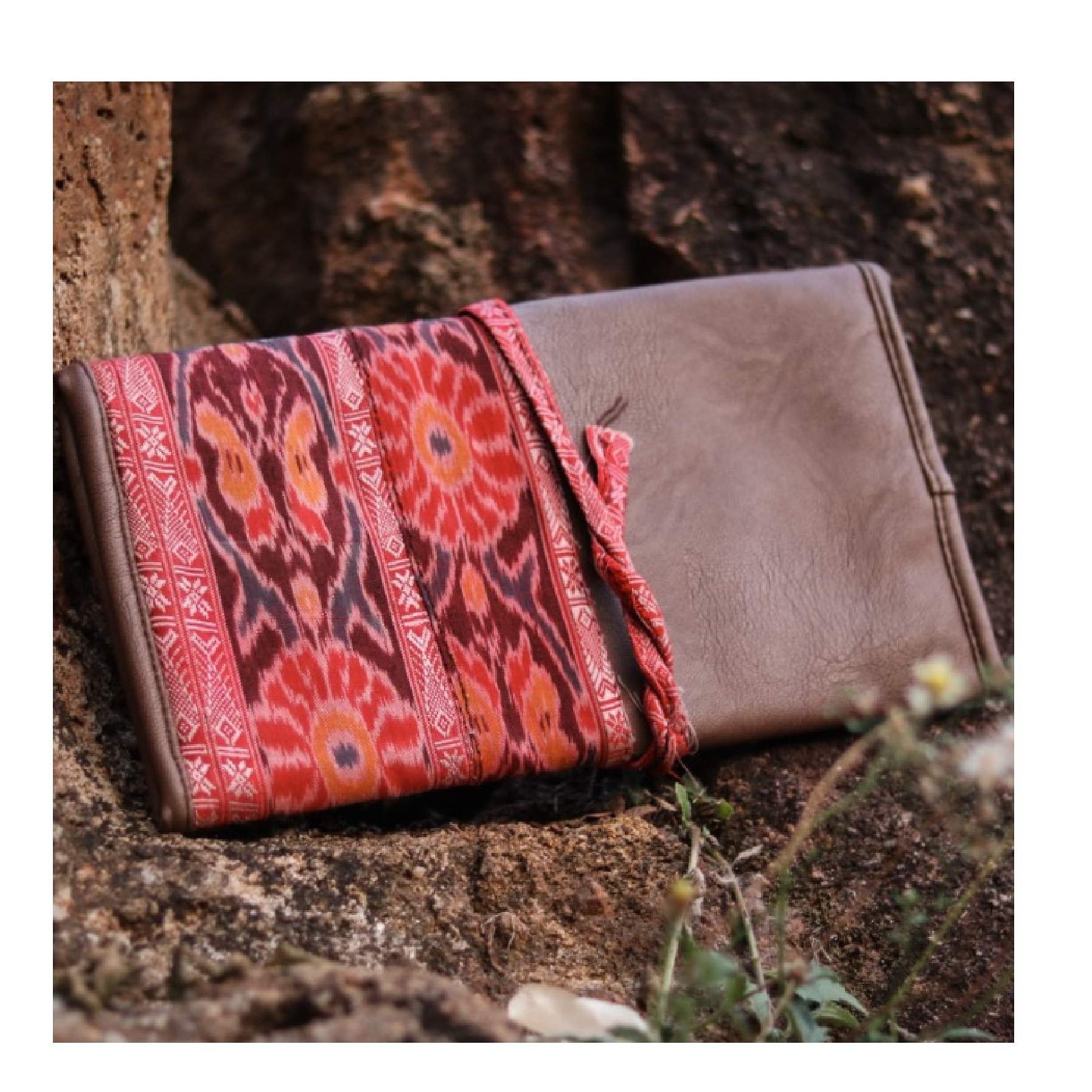 Pretty purse: One of the products that Benorita designed | (Pic: Ladyben)

She took design and sustainability a little more seriously when she opted for a Master's in Design at Lovely Professional University and wrote a thesis on Sustainability and Ergonomics. For this, she came back to Odisha and visited Sonepur, Sambalpur, Bargarh, Balangir and many other places to interact with weavers and understand their dilemma. "I spoke to them about why weavers are abandoning handlooms as an occupation, how they see the market, what can be done for them and so on," says the Bhubaneswar-born youngster.

Inspired by what she saw and heard, she came back to her hometown in 2017, registered her brand Ladyben under the Ministry of Micro, Small and Medium Enterprises and that's how things took off for this young designer. "Did you know what the second largest polluting industry in the world is? Fashion!," said Benorita sounding exasperated. Of course, she had to do something! So she started with the pieces of cloth leftover after a garment is stitched. She would collect big bags full of waste cloth from boutiques and tailors in the temple town of Bhubaneswar. "The owners would ask me, 'What will you do with all this? It's trash.' But what was trash for them was treasure for me," she said with glee. 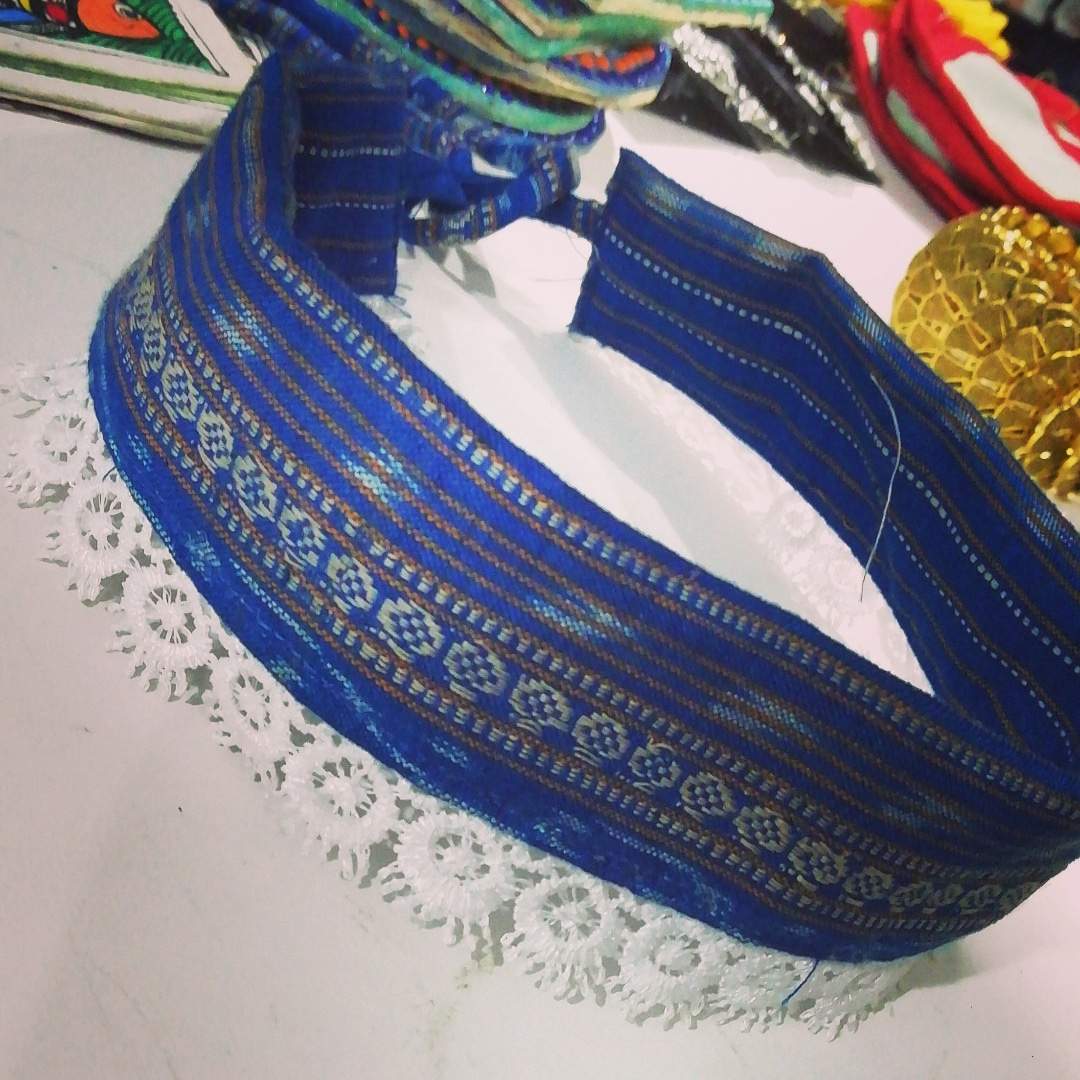 Tie it up: Belts! Is there any product Benorita cannot make? | (Pic: Ladyben)

Then one day, she saw a puppy choke on one such waste piece of cloth as she stood helpless beside it. "I remember the rage I was feeling then. 'Why do we humans do such things? What are we doing with the world?'," says the Authorised Designer for the Government of Odisha whose designs can also be found in the Bionic store in Bhubaneswar. And there has been no looking back ever since.

It was in March 2017 when Ladyben was registered

The next challenge was finding tailors. "Most of them don't even like doing alterations, forget working with new clothes. And joining waste pieces of cloth is tedious work," says Benorita, but like every other bump that came in the way, she managed to surmount this one as well by making them understand the importance of sustainability. From owning just one machine on which she used to work herself, today, she doesn't just work with seven tailors and a master, she is even training seven to eight women from Jharsuguda in the same art. "They visit me every 20 days, we work and brainstorm together. They are training under me for six to seven months so that they can start something of their own," explains the youngster. 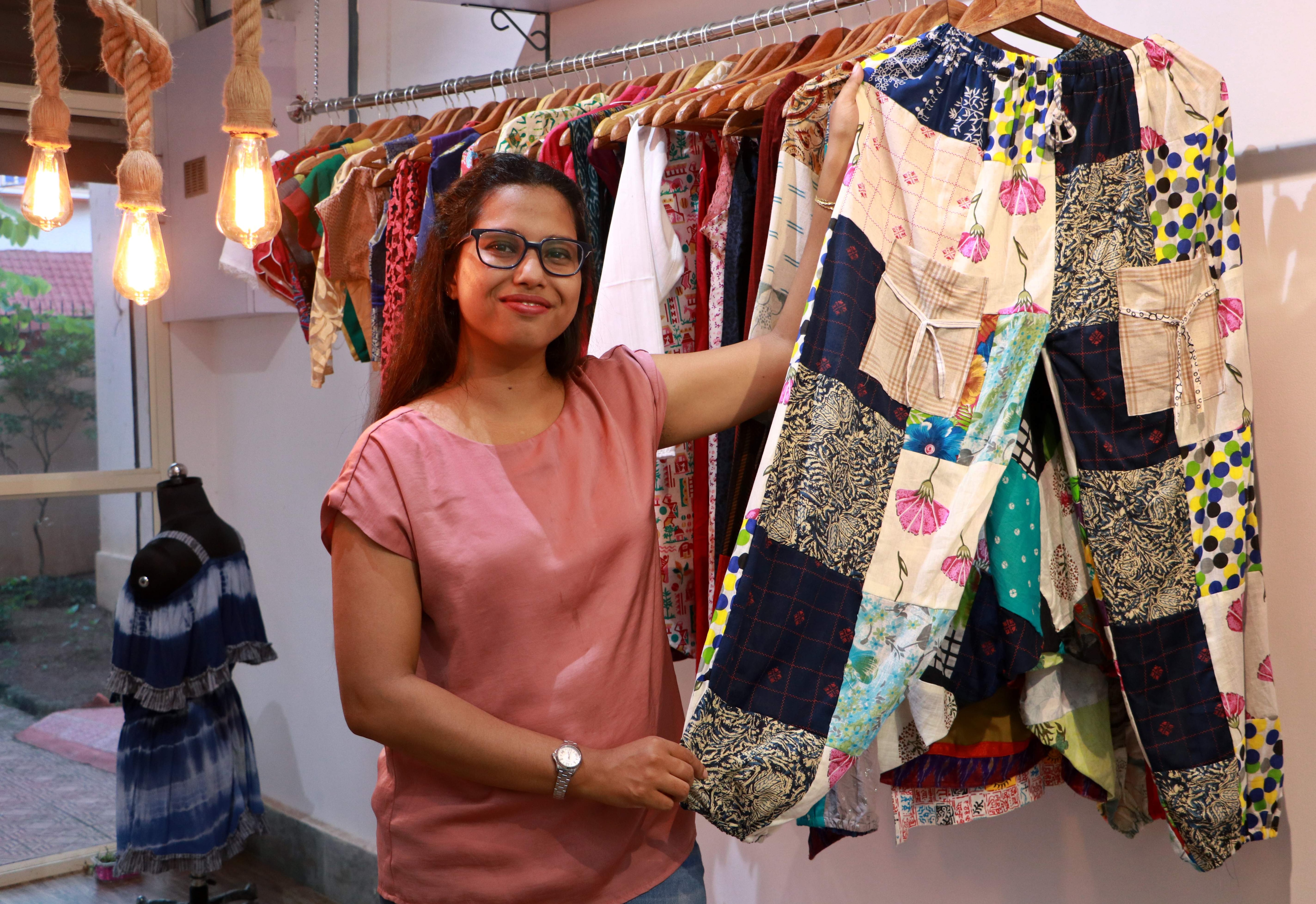 With no loan, not even from parents, this ambitious young designer has built her empire herself. To build a stronger one, she is now experimenting with making trench coats out of waste material. Just last month, she displayed her collection at the India Kids Fashion Week held in Taj Bengal Kolkata. Clearly, she is flying high. But not for a second she loses sight of the bits of clothes lying on the ground. After all, it's her passion to pick them up and turn them into art.

Cold hard facts
- A study done by the Ellen MacArthur Foundation called A New Textiles Economy: Redesigning Fashion’s Future estimated that more than half of fast fashion produced is discarded in under a year

- The report also estimated that annually, $500 billion is lost because clothes are barely worn or recycled

- Over the last 15 years, the average number of times a garment is worn has dropped by 36 per cent

- Currently, the industry is accountable for 10 per cent of carbon emissions

- By 2050, this industry is capable of using up a quarter of the world’s carbon budget

Products that you can pick 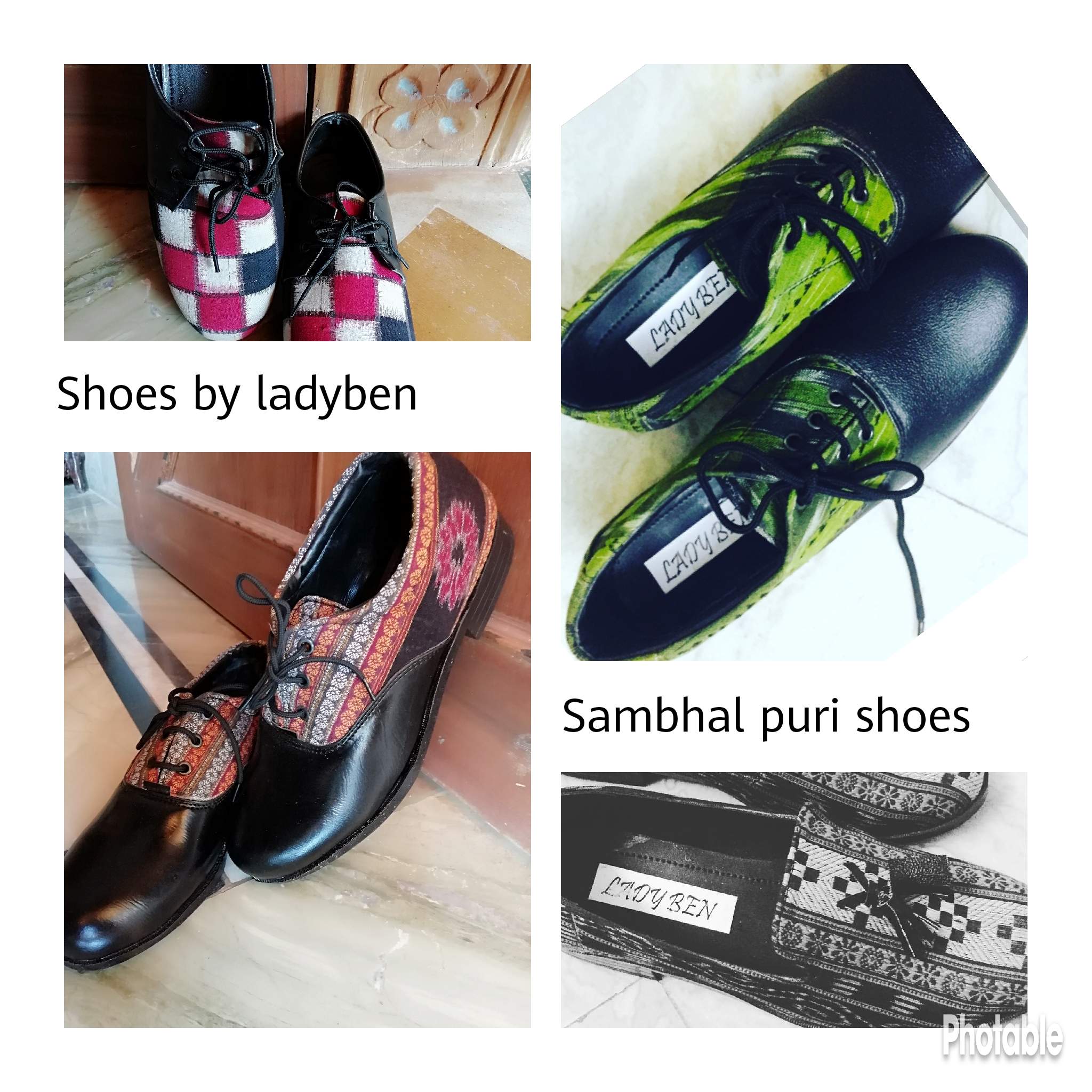 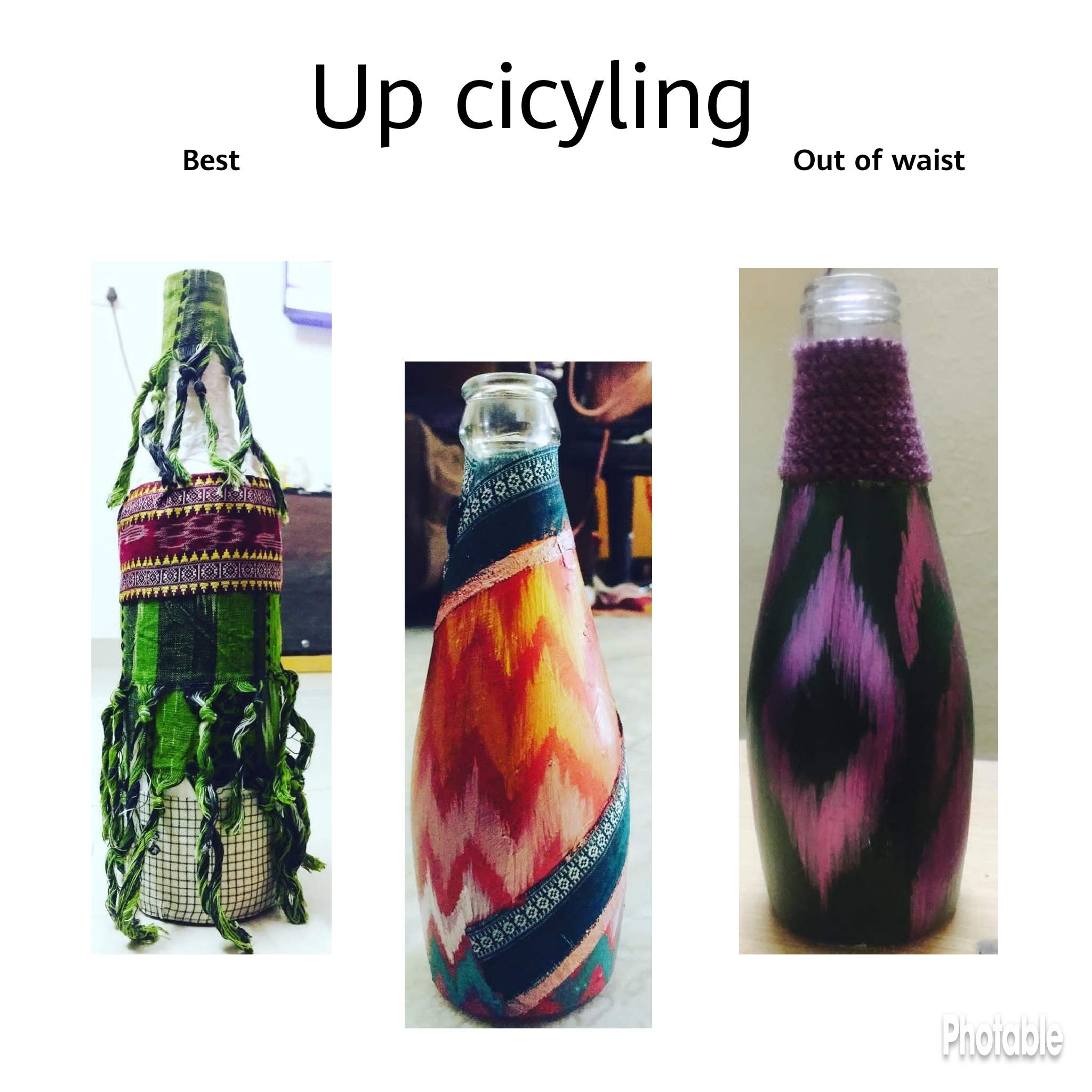 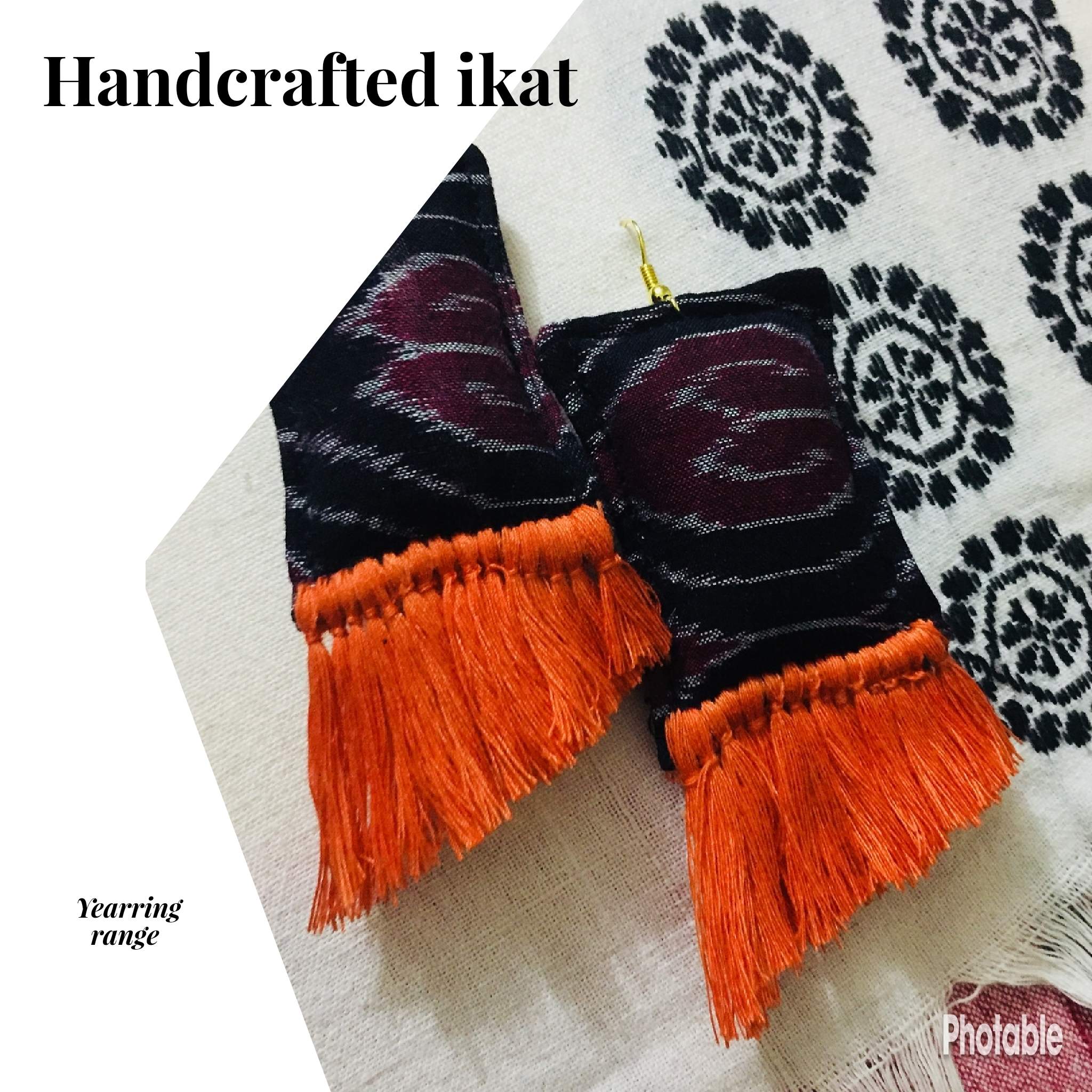 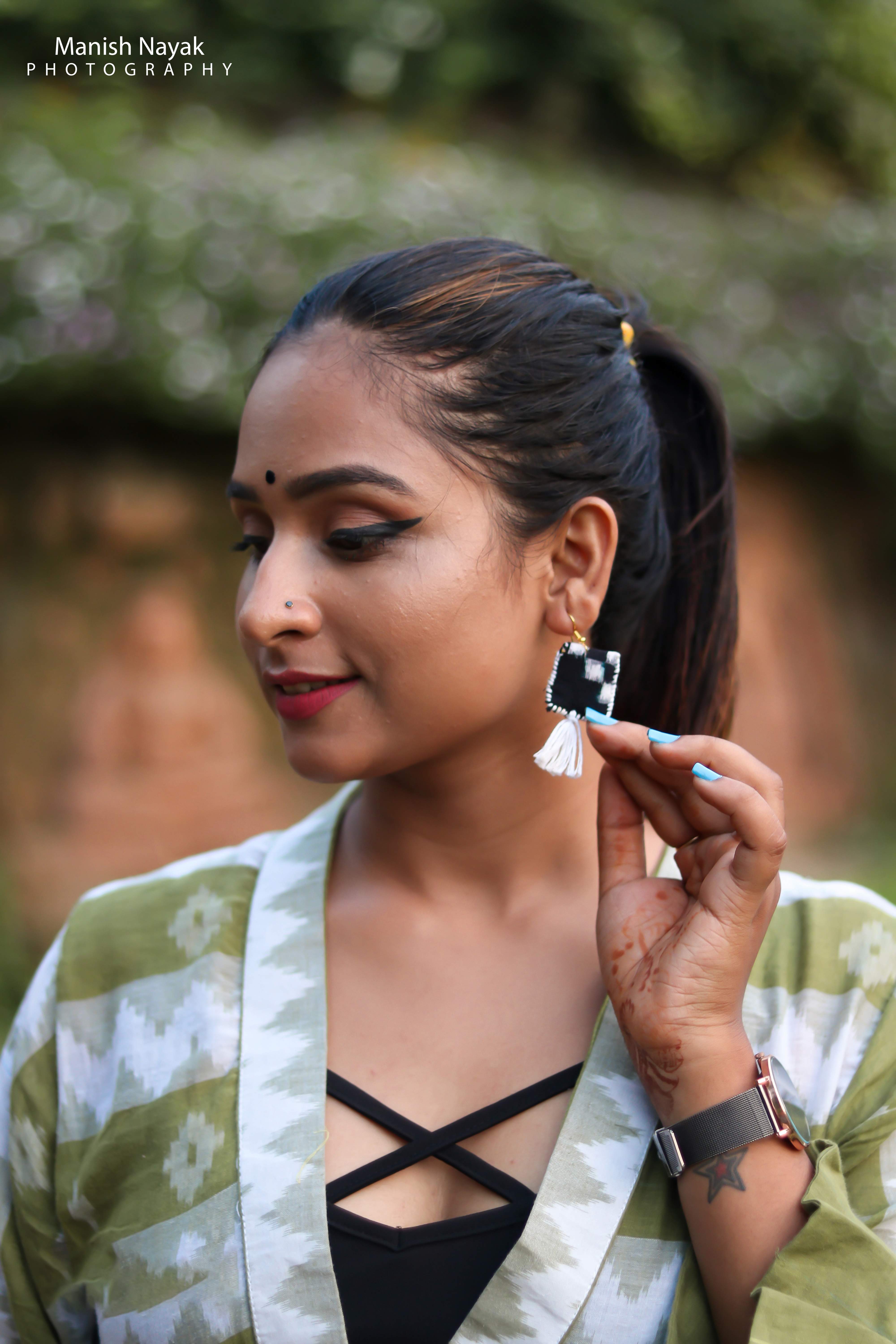 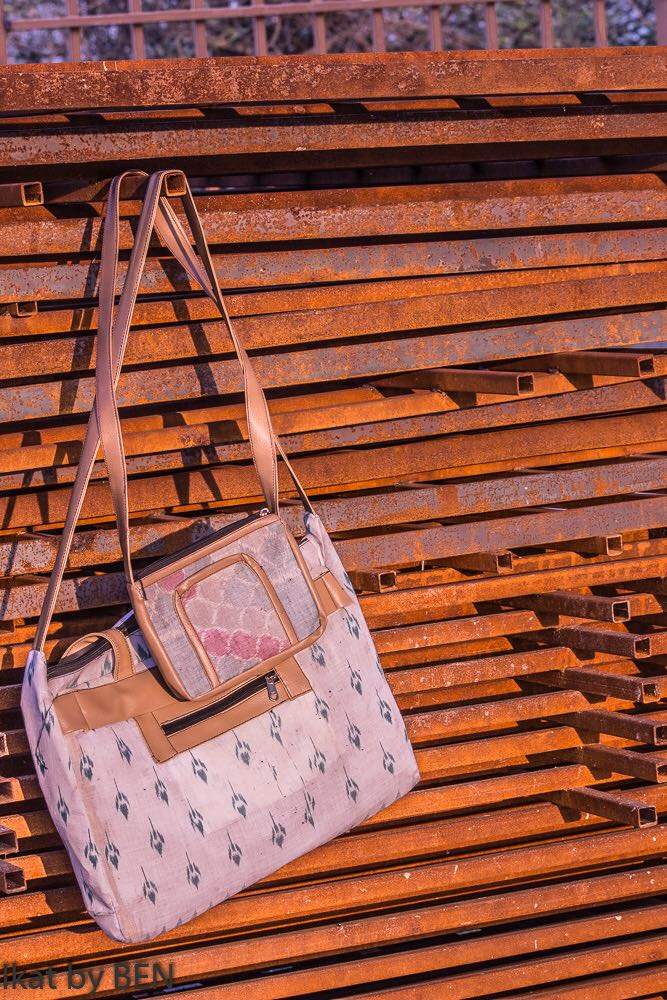 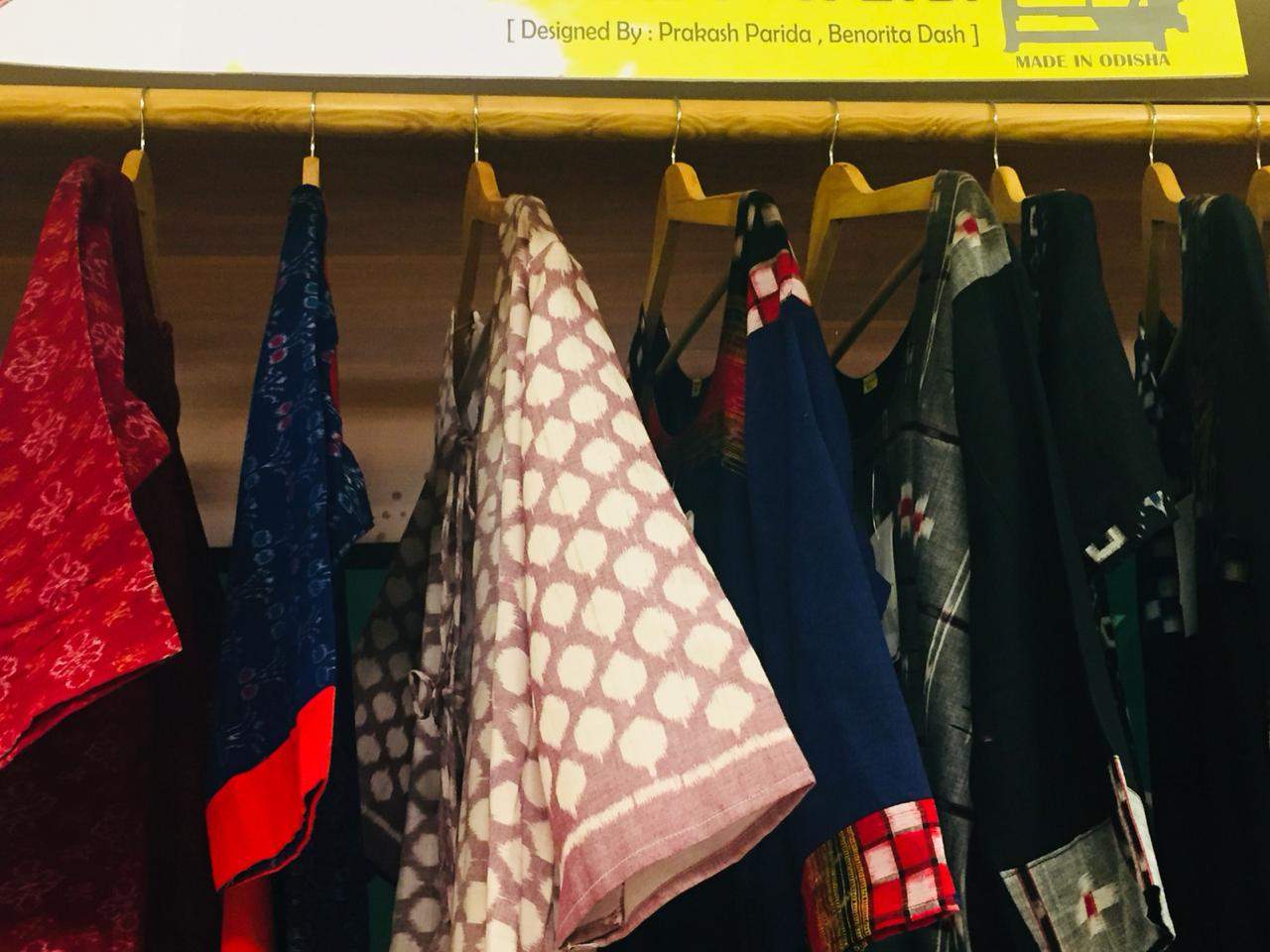 In the news:
While sustainability and fashion have never gone hand in hand in the past. Here are the recent strides taken by big brands in a bid to be more environmentally conscious:

- Burberry Group used to burn unsold stock and it received a lot of flak for it in the media. Recently, the group vowed to stop destroying it

- Ahead of the G7 meeting in France, 32 global fashion and textile companies like H&M, Chanel and so on, signed a Fashion Pact to lower the industry’s negative impact on Earth

- Giorgio Armani and Versace discontinued the use of materials like fur

For more on her, check out instagram.com/ladyben7736