It doesn't take much to fall in love with nature. Grow up amidst it, watch documentaries pertaining to it and so on. But to be a nature lover in the true sense of the word, one needs to follow the above activities up with studying nature and researching about it and then, actually bring about on-ground change. Or in other words, follow the path Srichakra Pranav Tamarapalli is treading on. From initiating plantation drives to leading an Eco Club in his college, Dr Lankapalli Bullayya College, and currently working as Programme Manager and Trustee of the Fishing Cat Conservancy Trust in India, Pranav continues to go beyond being an armchair nature-lover to actually showing nature why he loves it. "The environment provides me, all of us, with so much. I just wanted to do something for it too," says the 25-year-old from Visakhapatnam, who also mentions with dismay how species like the fishing cat and smooth-coated otter are not cared for enough. 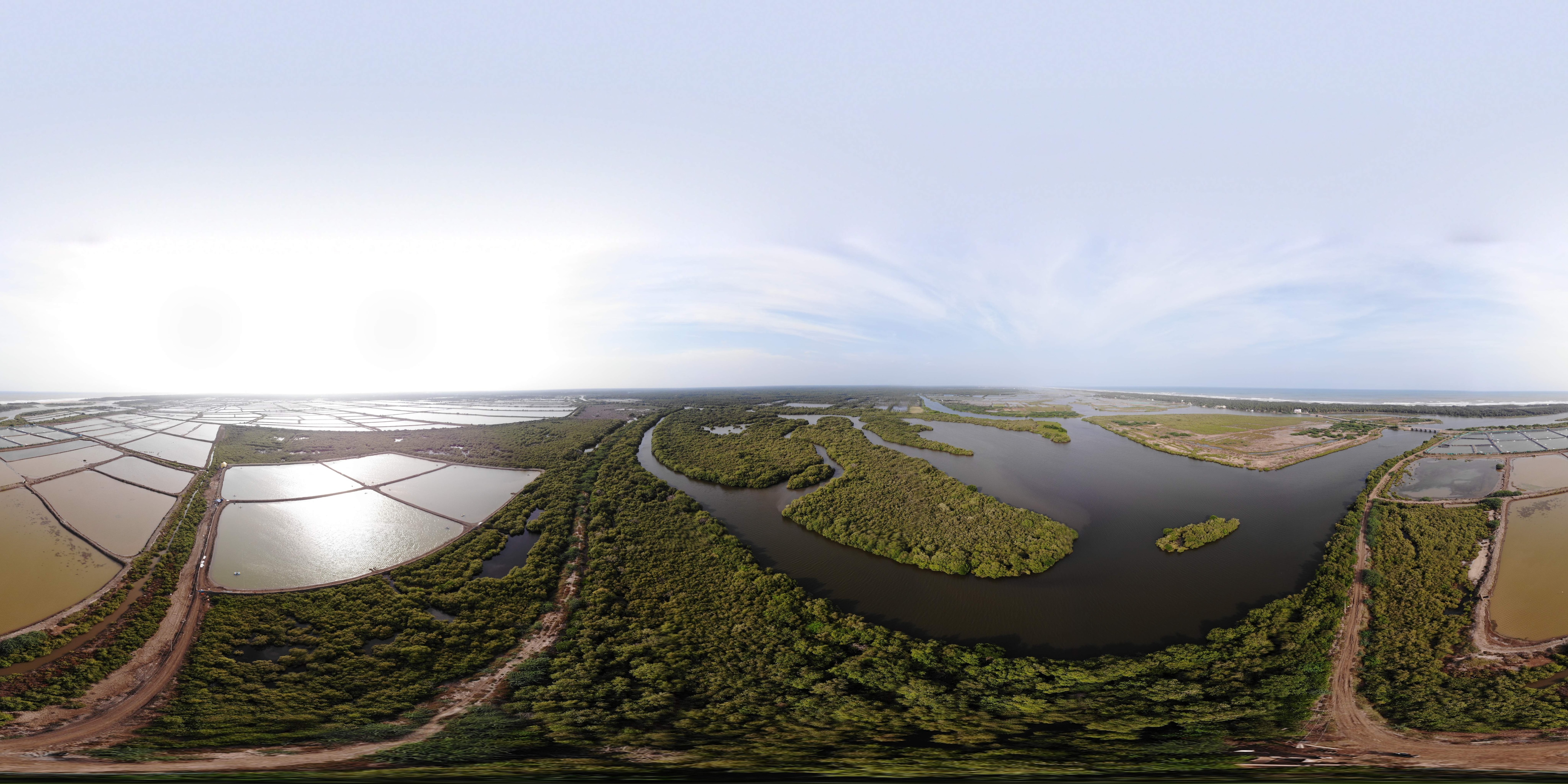 All that you see: Mangroves and converted aquaculture farms of Samanthakuru | (Pic: Fishing Cat Conservancy Trust)

Pranav is currently up to something very interesting to further his cause of doing something for the environment, particularly for the small yet important patches of mangrove forests in East Godavari. "They act as a harbour for fauna and even serve as corridors between larger mangrove forests like Coringa and Krishna Wildlife Sanctuaries, but these patches are not classified as protected areas by the government," explains Pranav adding that a major threat to it is the aquaculture practised by farmers. Not only do the fishermen complain that since farmers started practising aquaculture, the fishes in the natural water channels have reduced, but the chemicals like fertilisers and probiotics used during aquaculture are all released into mangroves after their work is done, causing immense damage to fish and shrimp. The alternative? Large boxes made of polycarbonate which are placed in the water channels of mangroves and these will be used to rear crabs. They are working on more sustainable practices like replacing boxes with wooden pens. They are also testing apiculture as an alternative.

"We will even use crabs which are natives of the mangroves so that we don't introduce a new species to the ecosystem," says Pranav who has pursued Master's in Marine Biology from Andhra University. Because the crabs are known to show traits of cannibalism and can weigh up to one and a half kilograms, each crab has a box big enough for it. While aquaculture is still going on, they were successfully able to stop the deforestation at Samanthakuru village for over a year now and as a result, the mangroves have started to grow back while the effort to convince the others and encourage them to use the boxes is on. Also, "A sense of pride for fishing cats and wildlife has been established in the locals of villages like Samanthakuru, Bendamurlanka and Gogannamatam. We are even arranging conservation workshops and camps to educate the interested youngsters on techniques of wildlife conservation and mangrove ecosystem and benefits," he says.

As a result of educating locals in Bendamurlanka, they are acting as anti-poaching units. They stopped poachers from hunting jungle cats in their backyard mangroves

"People agree that if it wasn't for the mangroves, they wouldn't have survived the cyclone in 1990s but aquaculture for them is the easiest way to make money," says the youngster about why the task ahead for them is mammoth. Which is why they are working on finding alternative livelihoods. On the cards is a collaboration with Mangrove Action Project, who have already seen success in Thailand and the Philippines using Community Based Ecological Mangrove Restoration and carrying out substantial research on how aquaculture is harming the water channels in the mangroves.

Here are the people who help the Fishing Cat Conservancy in their mission:

- Sangani Veera Venkat from Gachakayala Pora has been into wildlife conservation and he works for the Forest Department to conserve Olive Ridley turtles. He started using boxes to rear crabs

- Kasubabu is in the process of being convinced. However, mangroves have started to grow back in the area he was doing aquaculture in

- Mose Avala is a tribal assistant who helps track and monitor fishing cats. He is a poacher-turned-conservationist. He even educated his community Chenchu out of poaching

- Geethanjali G, Camp Manager is also helping with the same

Pranav and Co at work For more on him, check out instagram.com/sri_chakra_pranav