"Poetry is not something I would like to do for money, it is something I am passionate about," says Sudharma Dwadasi who likes to write poetry in solitude

Poetry is in Sudharma Dwadasi's genes. Literally! The 20-year-old's grandmother and father are Hindi poets so naturally, he was exposed to their works at a very young age and started writing when he was in class VII. Sudharma found his rhythm in the English language and soon broke away from rhyming schemes and meter and opted for free verse because, "I feel rules were restrictive and I wasn't able to express myself as much as I wanted to," says Sudharma, who was born in Vadodara and now studies in New Delhi — but since he spent 14 years of his life in Hyderabad, he considers himself a true blue Hyderabadi.

Sudharma wouldn't call himself a voracious reader, but he honed his craft by listening to his friends perform poetry, both online and in person. And these are the same friends he turns to when he feels that his work is in need of review or feedback. "I usually write about trending and taboo topics like conservation, mental health and so on," explains Sudharma. One of his biggest achievements is being one of the 112 poets whose poetry was chosen from 1,000 entries who sent in their work to be published in Delhi Poetry Slam's anthology, The Last Lover of Spring. "The theme was loneliness and I was new to New Delhi and a little bit lonely so I could pen the poem," he recollects. We must mention that the student of the Institute of Hotel Management, Catering and Nutrition recently started an eponymous YouTube channel where he talks candidly about depression and more. 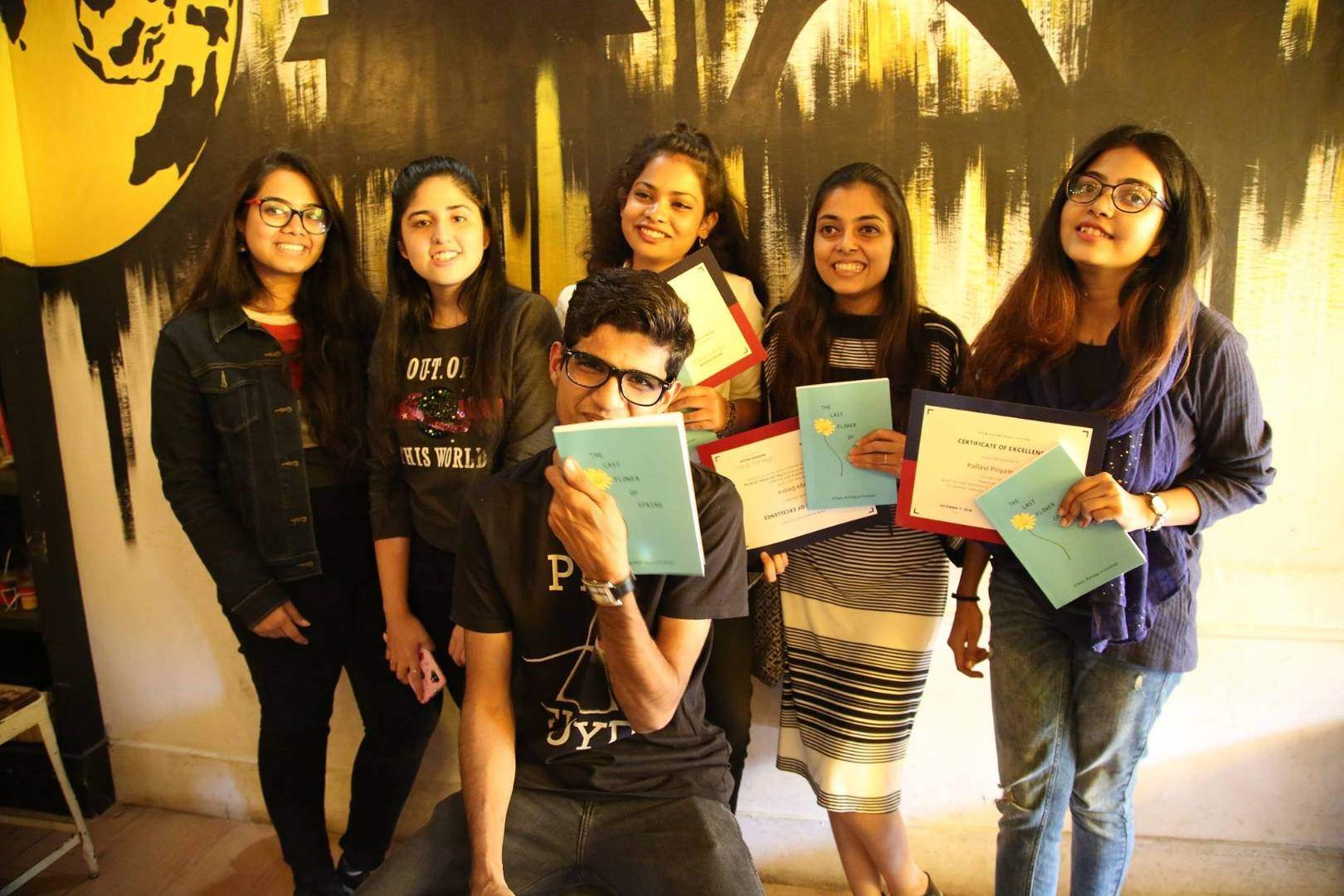 By the book: Sudharma (centre) is a poet and recently, he started a YouTube channel as well | (Pic: Sudharma Dwadasi)

Talking about his process of penning down poetry, Sudharma says that he just zones out while writing, "I barely realise what's happening around me," he says with a smile. And as a student pursuing his Bachelor's of Science in Hotel Administration, he is also a director with Kaladhar, his institute's street play group. "I have directed plays on the harmful effects of plastic and clean India campaign," says Sudharma who wants to grow up to be a mixologist and eventually an investment banker, all while writing poetry.

I don't even wake up sober anymore.
I'm already (in)toxicated by my mind which wants me to believe that I can achieve anything I set my mind to but also tells me that I'm a good for nothing, worthless price of trash at the same time.
I haven't been sober in close to a year because it's been a constant blur thats made no sense and when I try to focus and see where I'm headed I'm too scared to do so because I know that I'll only find myself lost because I couldn't see but kept walking anyway.
I'm still (in)toxicated. Save me, if you know how.