Darshana and Bhavana Rajendran are both theatre personalities to be reckoned with. While Bhavana has been a steady figure in the Bengaluru theatre scene since her days as a college student, Darshana has been involved with the Malayalam film industry and storytelling in general. However, they have one single regret when it comes to acting and it is that they wish they had started to explore it from the time they they were children. That's precisely why they've set up Theatre with B & D, a theatre workshop for children to get an early opportunity to discover their acting chops.

"We enjoy working with each other and love working with kids even more," says Darshana. "So we began organising these workshops in Bengaluru. With theatre, we've both benefited a lot. What we do here is not just learning about what it is like to act. We are facilitating an exploration of acting that children who have this artistic vision generally tend to do on their own anyway." The workshop makes sure of this by watching good films, playing theatre games and using communication activities where kids work together and do memory exercises. 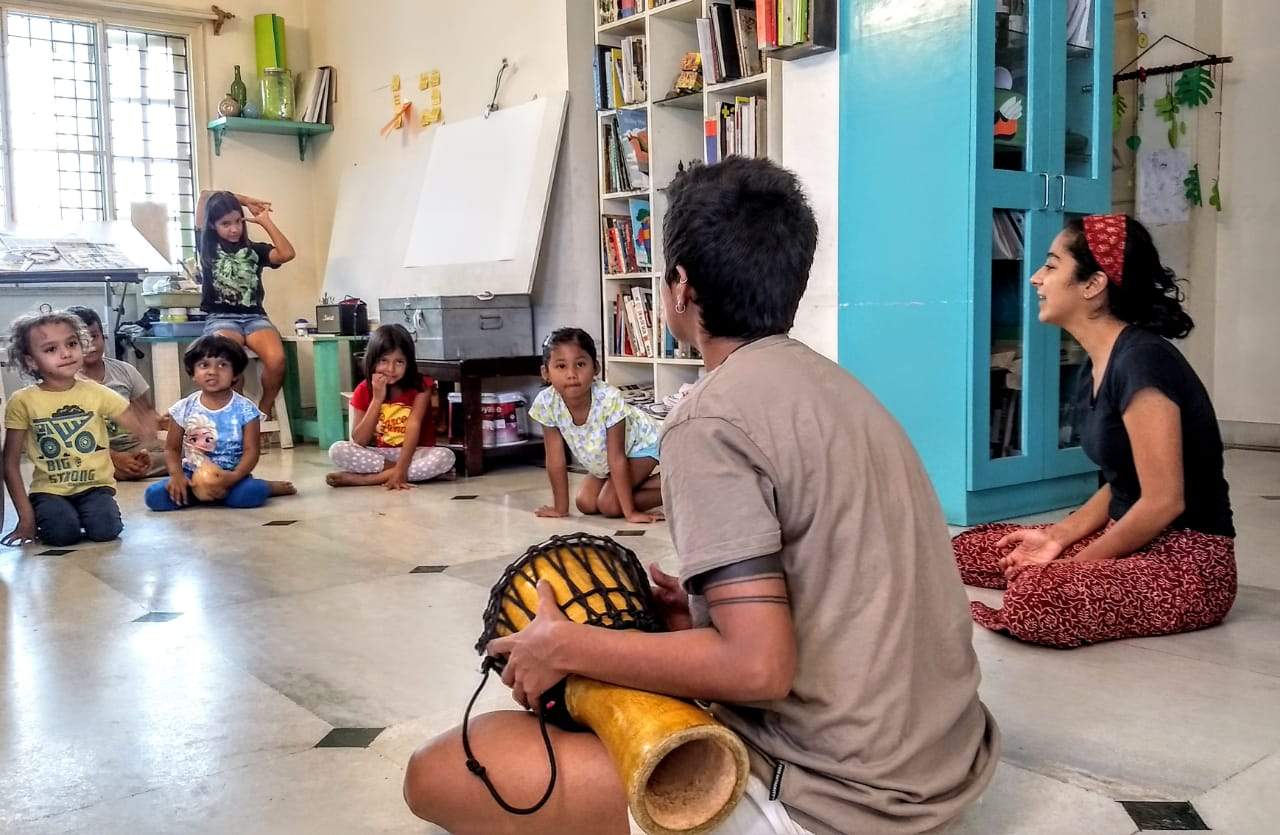 The age group that will be participating in the workshop is generally between 5-10. "There are three-year-olds who have forced their way in with their siblings in our previous workshops, but we let that slide," Darshana laughs. She adds, "What's most beautiful about watching them is that they always find spaces where they can grow. It's something that they can do by themselves. When it comes to children finding themselves, theatre is the best because it helps them open up and free their bodies."

"Working with children is something I love doing anyway," admits Darshana, "They're a different audience and are are so refreshing to engage with. There's something unfiltered and real in how they respond to things. Each child comes gift wrapped with their own unique set of talents." She goes on to mourn the lack of avenues for kids and entertainment in Kochi. It was a conversation in a similar vein with the founder of French Toast cafe, Ayaz Salim, that led to the first edition being introduced in the city on September 28 and 29.

Because there's a lot of potential here. "There's an empty space here where a lot of talent can grow. Most often, parents are searching for an opportunity to let their children discover themselves and we want to bring that to Kochi," says Darshana. She points out a pattern that she has noticed, "When they bring their kids in, a lot of parents come in with a disclaimer that their kid is shy or not social. But we've come to learn that all kids are just looking for different ways to express themselves and to find a language that is their own. Kids who come in very scared on their first days are often the ones to truly immerse themselves in the experience. It's exciting to watch them slowly grow into their skin and get comfortable."