From India's 'symbol of freedom' to a canvas for today's designers, here's how Khadi as a fabric has evolved

On Gandhi's 150th birth anniversary, we trace the history of khadi to see how it has evolved with the changing needs of people and the fashion industry

What comes to your mind when you hear the word khadi? A picture of Gandhi spinning yarn on the charkha, perhaps? For me, it's the scene from Richard Attenborough's movie Gandhi, where a young Mohandas, along with others who prescribed to his thoughts, decides to burn the clothes manufactured by the Britishers. As part of the boycotting of wearing goods produced by machinery, Gandhi gave up wearing those kinds of clothes and embraced the simplicity of weaving his own clothes. That's how khadi and the charkha were reinvented in India.

Gandhi believed in taking the path of non-violence in attaining freedom from the English rule. Hence, he often referred to khadi as 'the symbol of freedom'. When Gandhi travelled across different parts of the country, he not only addressed the masses and motivated them to be part of the freedom struggle, he also motivated them to weave their own clothes at home. This lead to creating employment opportunities especially for the women and youth of rural India. Even the agricultural sector benefitted from his plans. Farmers would cultivate cotton which was bought by khadi manufacturers, giving a new form and shape to the industrial revolution. Impressed by the Make in India initiative that's popular now? We achieved it even before we got freedom from the English rule. 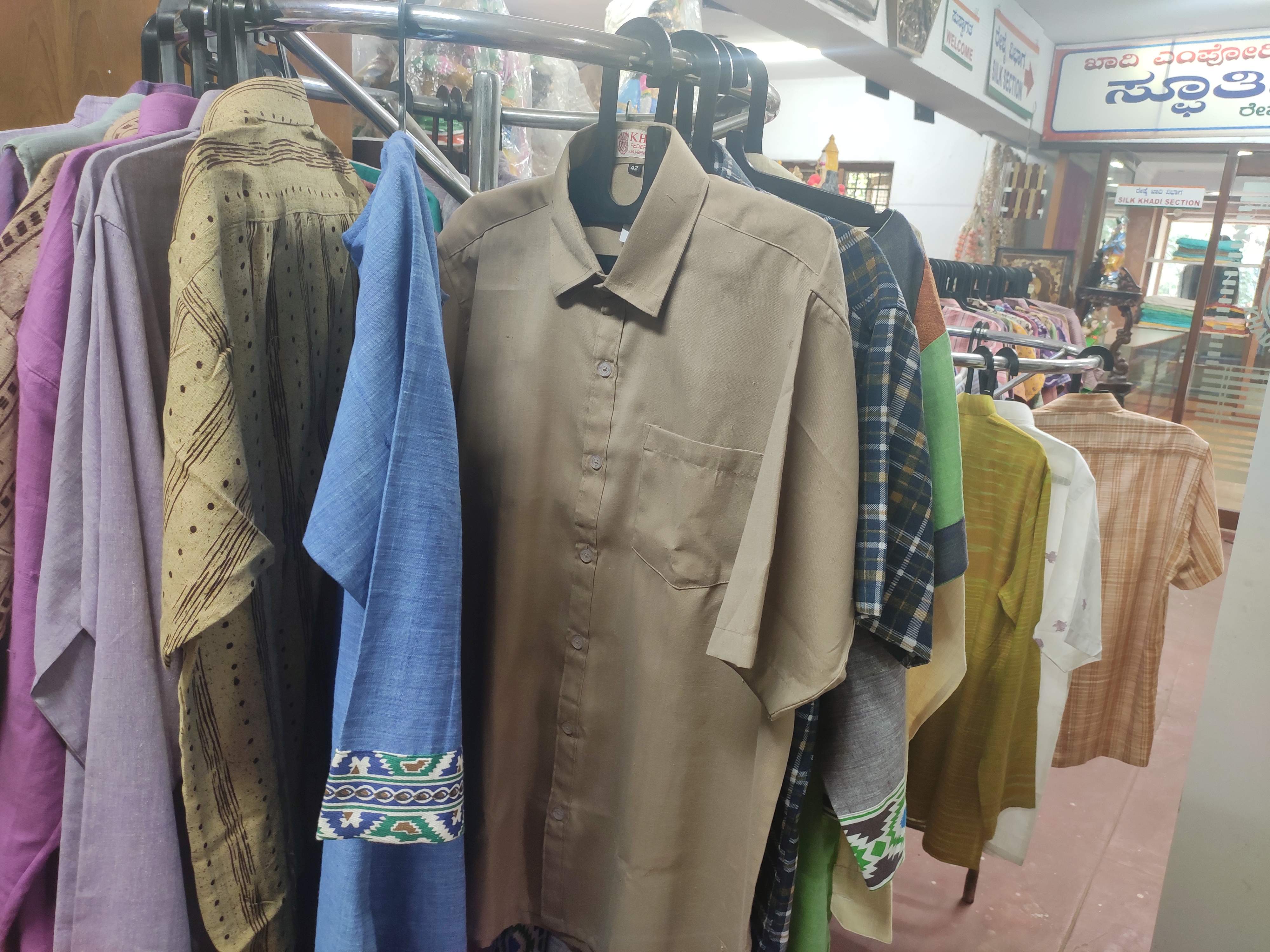 The types: As per the manufacturers across India, there are four types of khadi — cotton khadi, silk, woollen and polyvastra — and every state has its own manufacturing unit

In 1920, Gandhi decided to go one step ahead and encourage mass production of khadi; the first khadi production centre was set up in Kathiawar in Gujarat. As days passed by, several organisations were formed to empower manufacturers. All these organisations existed with the aim of becoming independent, in terms of employment, and economically strong.

Like all fashion, khadi fashion too has evolved over the years. Earlier, the cloth was used to stitch only kurtas, dhotis or shawls. The kurtas would be knee-length and came in only a few colours like white, pink and brown. But now, companies manufacture kurtas of different lengths and colours and even shirts. And since women look for a variety of products, their kurtas not only come in various colours but also come with different block prints. These days, even kalamkari and pochampally designs are etched on the khadi cloth. Jackets, popularly known as Nehru jackets or Modi jackets, too are made of khadi. When Nehru wore them, they only came in two colours, but today, in Modi's time, it comes in a variety of colours and in cotton and woollen. 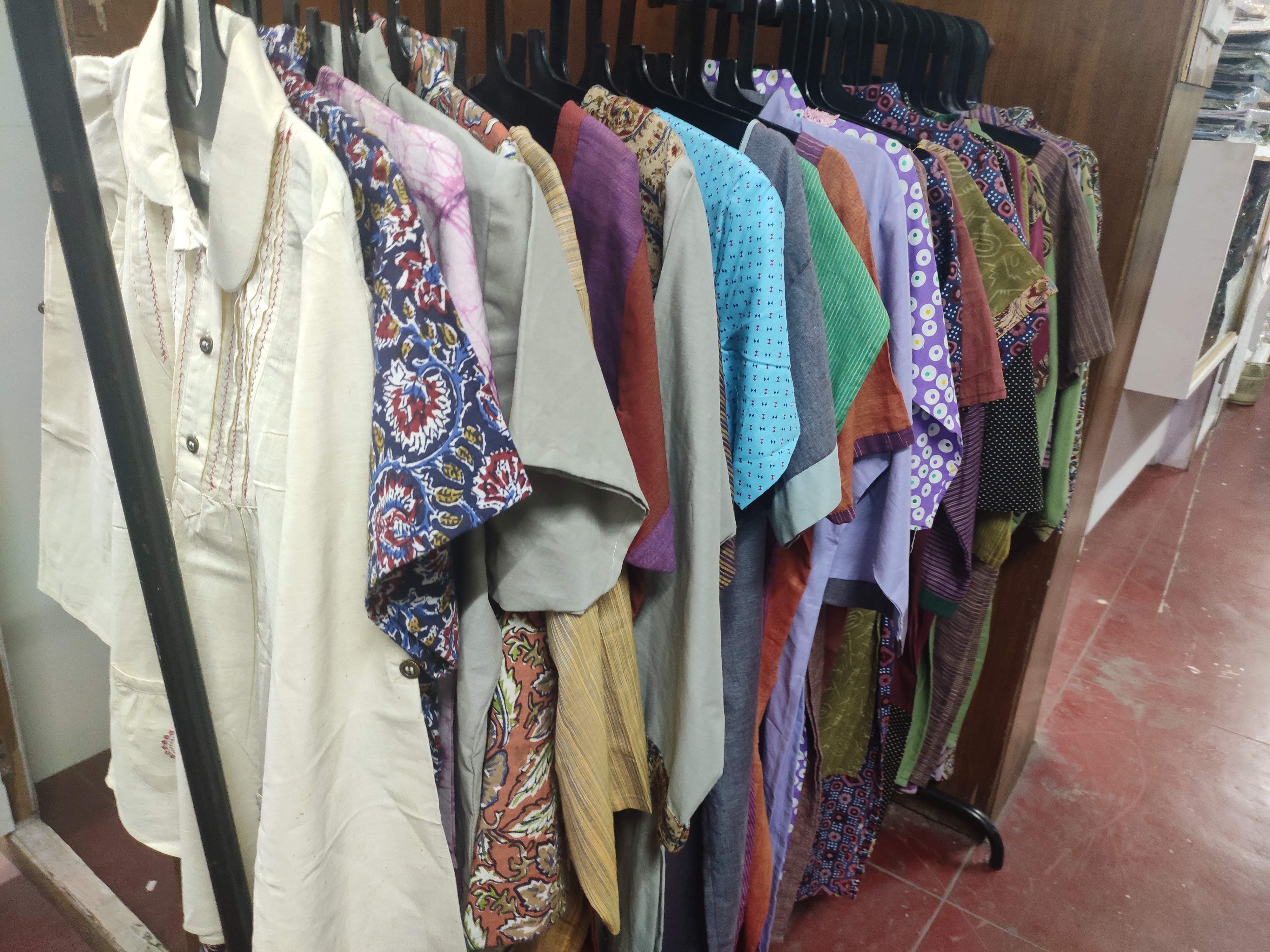 The unforgettable: Almost every Indian politician wears white khadi even today. Similarly, the cap or what we call 'Gandhi topi' is still used today

Then there are blankets, carpets and bed sheets made of khadi. They are mostly produced in the Bagalkot district in Karnataka and later exported to various places. Among these products, the colour striped carpet is the most famous not just for its thickness but for its durability too. Usually, these are found in the homes of rural India. Now, weavers have started making kaudis, which can be used as blankets or yoga mats. These kaudis are created with leftover pieces of kurtas, sarees or other products made from khadi.

But why use leftover pieces? The community that is involved in making khadi clothes believes that nothing should go waste. Hence, they even use these pieces to create pencil pouches, mobile pouches and purses. Remember those khadi sling bags used by journalists and postmasters in the 80s and 90s? Now, these bags, which were once simple and often boring, come in various colours and prints.

Khadi, a symbol of our independence and Gandhi’s fabric of choice, continues to inspire and amaze people across the globe. Here’s how the wonder cloth has evolved. 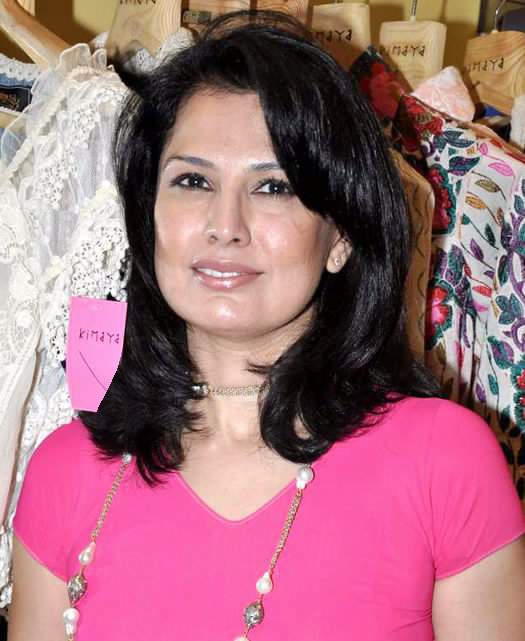 2000 onwards- Khadi became a part of the ‘cool’ brigade. Many designers began experimenting with it and tried to reinvent it as high-class fashion wear 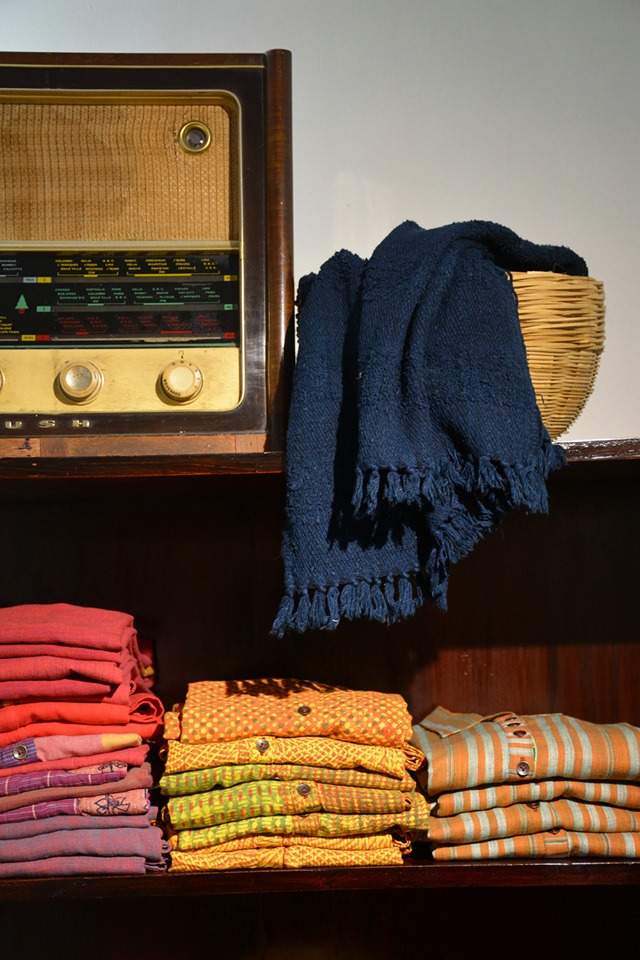 From home decor to clothes, Bengaluru-based store Metaphor Racha deals exclusively in khadi, in so much as ‘The Khadi Store’ is a part of its unique identity 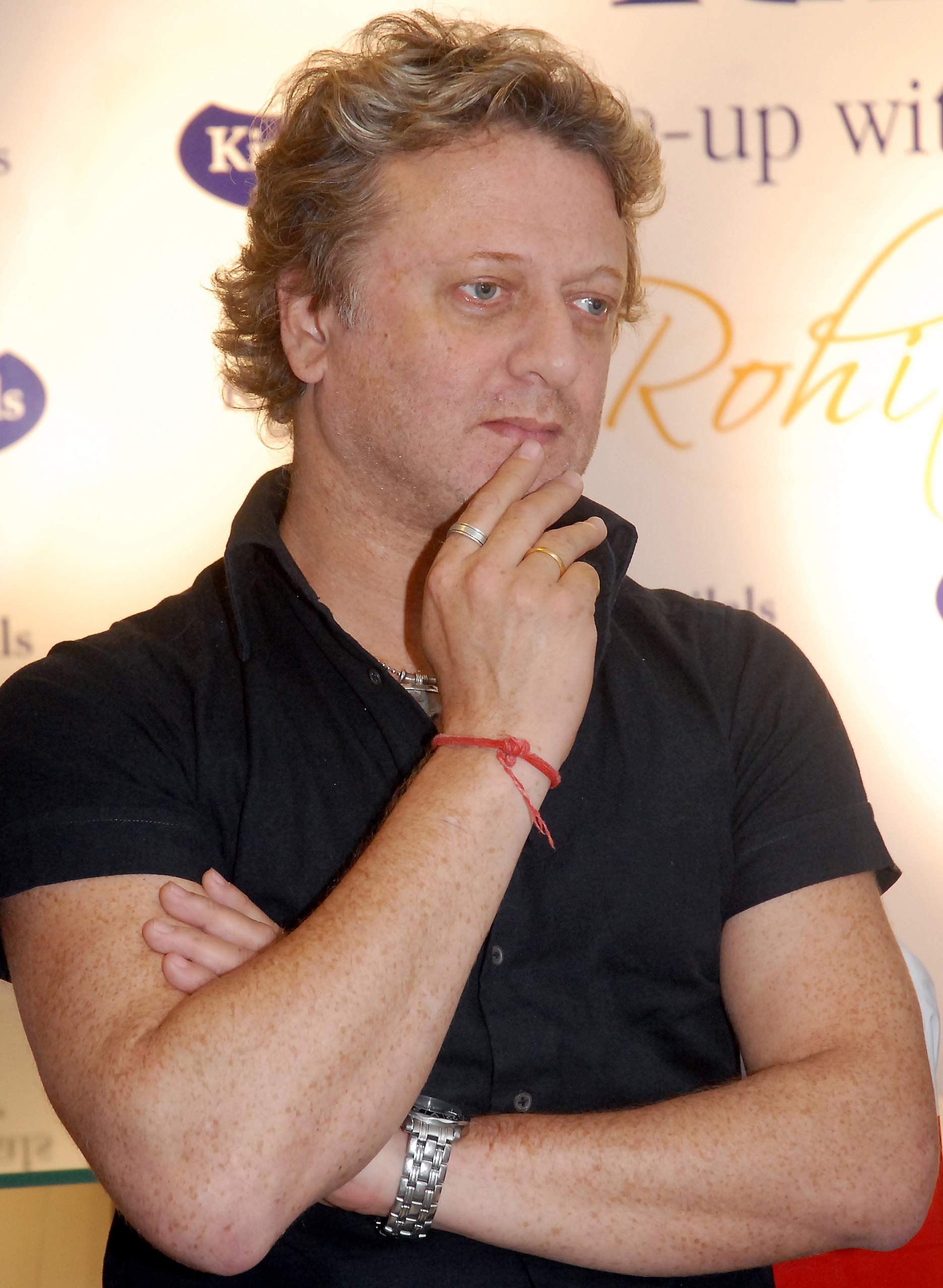 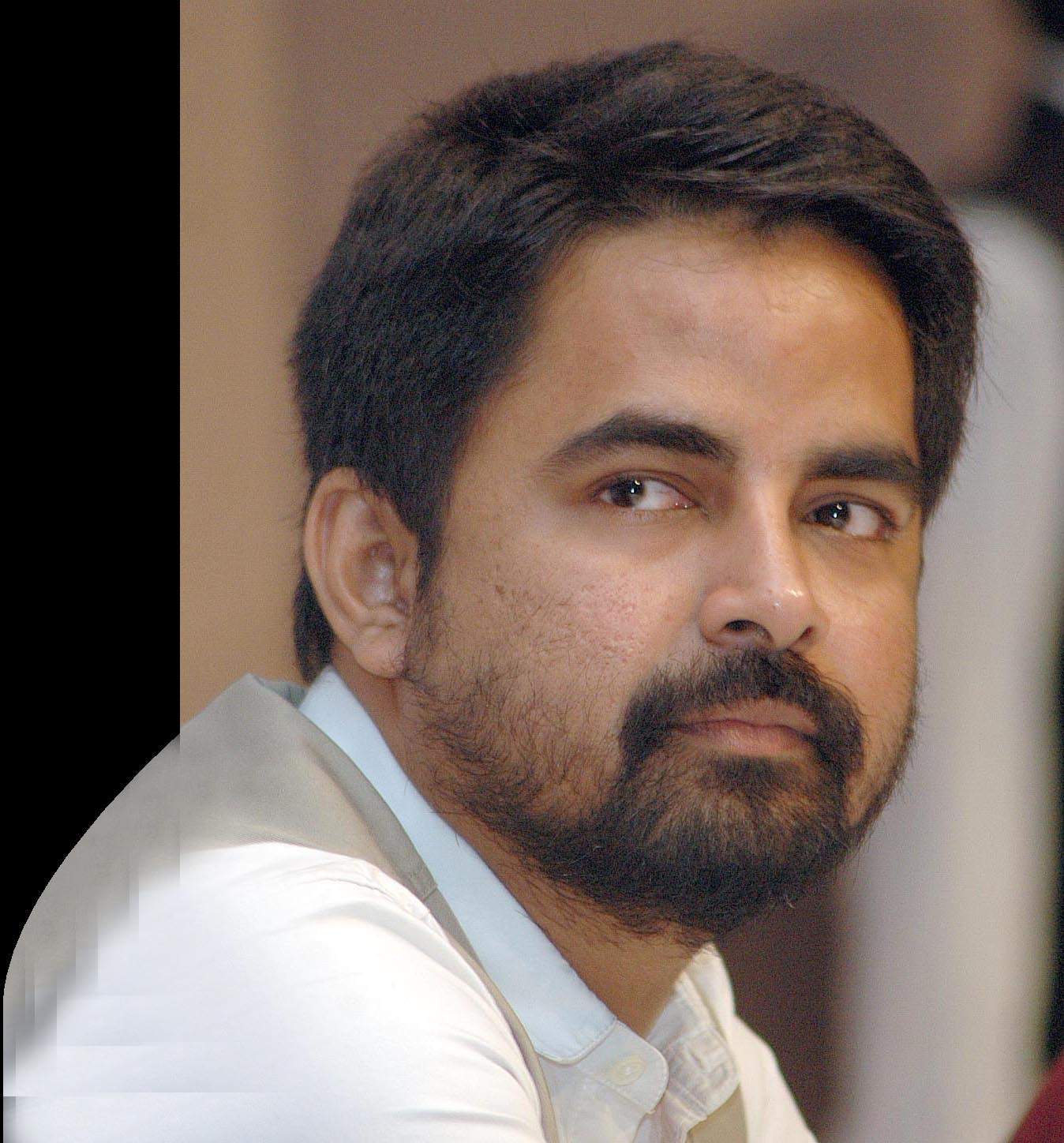 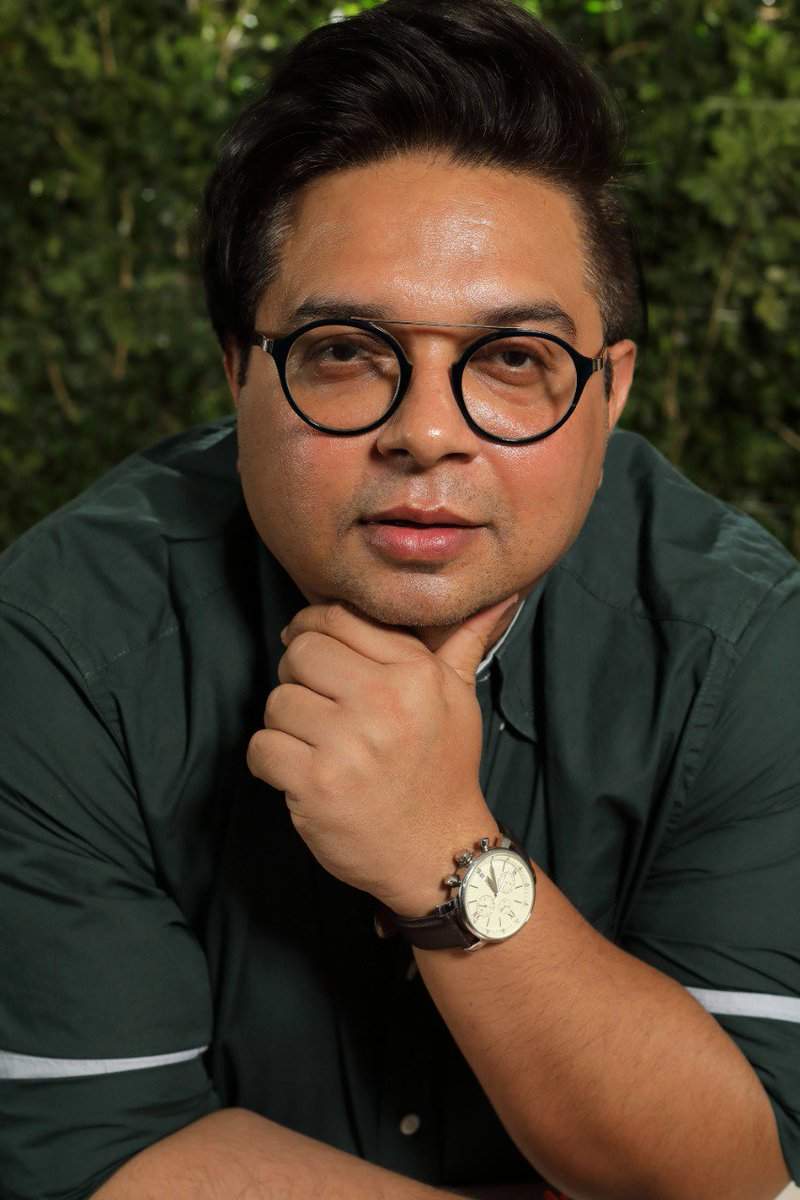 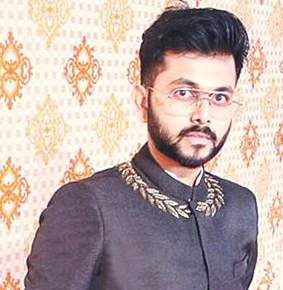 Pratik Sarkar
According to him, working with khadi promotes sustainability