The Experimental Fusion Rock band from Kerala, who is soon going to release their EP in Tamil, talk to us about life on the stage and how their music journey got started

How often do you see thirteen thousand people go crazy listening to music they’ve never heard of — and in a language, they don't speak? That's why the Alappuzha-based band Madras Mail is so inordinately cool. All of their songs — and they have just about enough to release an EP — are in Tamil. When they started, in 2015, the band caught the eye of the public by winning a band competition which got them a chance to do a music video with KM Music Conservatory — since then, there's been no stopping them. With Sachin Yesudas on vocals, Durwin D’Souza on lead guitar, Michael Timothy on bass guitar, Akhil Babu on the drums and Tom Verghese on keys and synth; this band also has a pretty cool origin story for how they got their name. So why do they do what they do? We decided to find out from keyboardist Tom Verghese. Excerpts:

Read More: The Story Behind Sterlite Protest: What really happened during the Thoothukudi Shooting 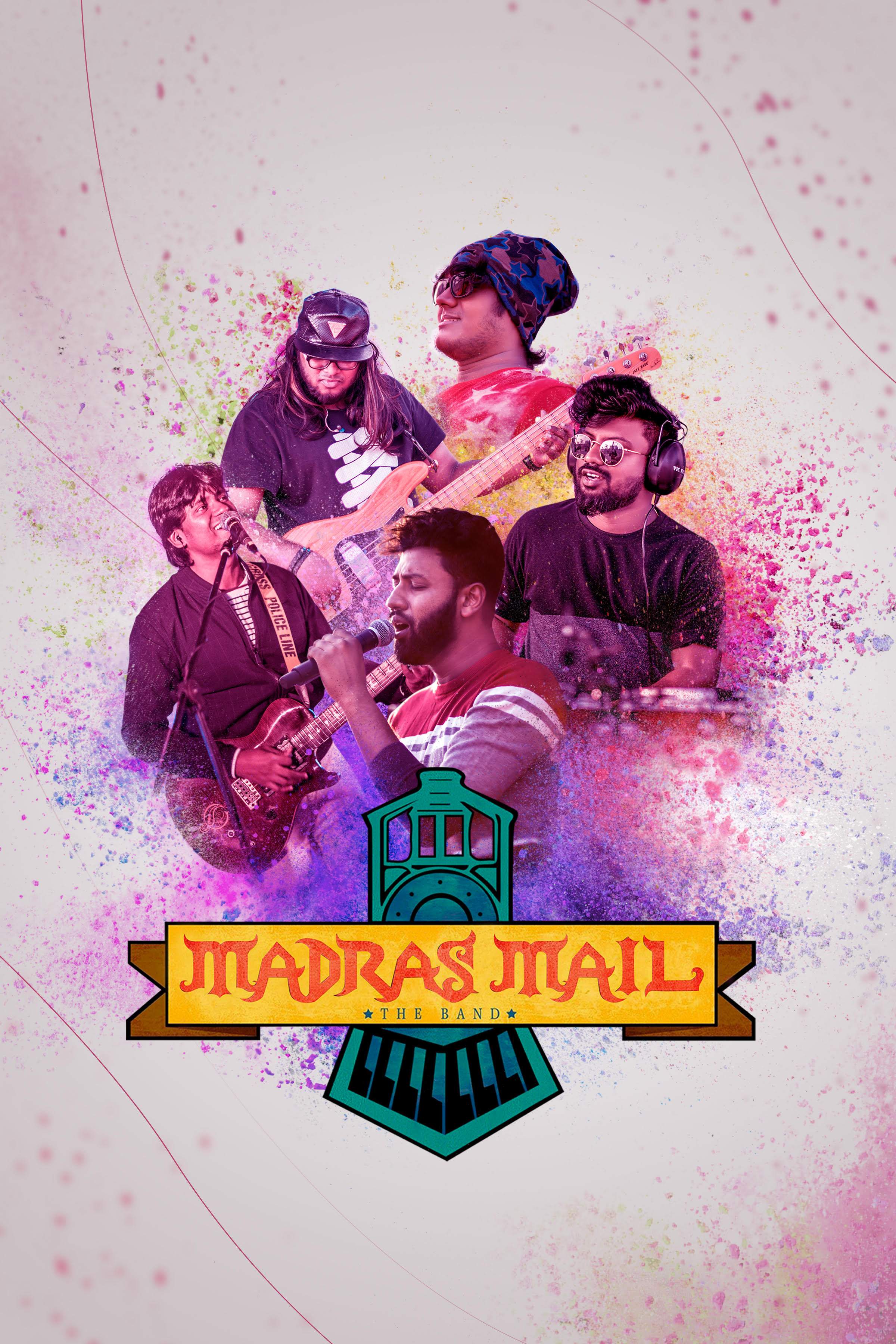 Express delivery: The band’s unique name Madras Mail was born in the Chennai Mail express while they were on the way to Chennai for their first competition Rangreza 2015

How did Madras Mail as a band begin? We've heard there's a pretty cool story to it.

After completing our Engineering at different colleges in Kerala, we all planned to pursue Sound Engineering and joined Muzik Lounge School of Audio Technology in Chennai. We used to jam in our college regularly. One day, two of our professors — Jithu George and Christopher Wilson along with Stephen Devassy, Sam Devassy, and Iyer Venkat encouraged us to participate in a band competition called Rangreza 2015, organised by KM Music Conservatory. We weren’t truly prepared for it and went there with very little expectation. To our amazement, we won first place. The prize was a sponsorship for a music video entirely produced by AR Rahman. It was at this point that we took this band seriously.

We hear there's this funky story about how your name was coined. Do tell.

The whole college was thinking of a nice name as we needed one to participate in the competition. We continued that planning process on our way to Chennai in a train where someone suggested Madras Mail — as it’s the express that connects Kerala and Tamil Nadu. We finalised it as we thought the name would aptly describe the bond we share, and also felt that people can easily identify us as there is a movie in Malayalam called No.20 Madras Mail.

Did you start with covers or did you jump straight to originals?

Until Rangrezz, we were just performing covers. After our first song — Madras Mail — fared well, we began composing original songs. Everyone watched it, shared it and liked it. Right now we’re in the process of producing an EP with 5-6 songs.

That sounds great. Tell us about some of the songs on the EP

The first song will be Madras Mail. Then comes Nanban and Thathuva Kadhai — which is already on YouTube. Finally, there will be two songs called Electro Paatu and Meiya? Poiya?

How long have you been working on this material?

A few months ago we were asked to direct music for a film called Jallikattu. We composed one song at first, but the director was so awestruck that he asked us to do three more songs. It never took off so, with that, we have 10 original songs in hand. We have also written a song called Athukum Mela. We haven’t released it on social media but we perform it live in our gigs. It is a very engaging song where people participate and jump around.

All your songs are in Tamil. Is that a conscious choice?

We also have a Malayalam folk song. So far, we have written only one Malayalam song. Though most of us are from Kerala, we only write Tamil songs. In Kerala, there are a lot of bands who specialise in Malayalam, but in Tamil Nadu, there are a limited number of Tamil bands who compose original music in Tamil. So we are looking forward to shining in this genre.

Is there a particular theme that you follow when you compose your songs?

To be honest, we don’t even follow a particular genre. We have a mixture of every genre we listen to and that’s why we call ourselves an Experimental Fusion Rock band. Different ideas from all five of us come together and there is space for everyone’s idea.

What were the kinds of music you listened to growing up?

Five of us are into five different genres. I (Tom) was born and brought up in church, so I grew up listening to and playing church music. Later, I began listening to Dream Theater, Imagine Dragons, Linkin Park and Coldplay. Durwin and Akhil are completely into Metal, Michael is into Neo Soul, RnB, Funk and Pop while Sachin is into film music, Rock, Fusion and Jazz. I believe we are unique as five genres come together and blend effortlessly to become noteworthy.

Do you have any goof-up stories?

Once we were having a gig in Trivandrum and we had no idea that it was a mega show. We are a Tamil band. We were in the green room and had no idea of how large the crowd was. As we walked to the stage, all of us were shocked as there were thirteen thousand people in front of us — all of them were Malayalis. We were worried about the reception of the crowd and had no idea if they knew our Tamil songs. However, that day we learned that language is no barrier to good music.

At a time when there are bands coming out of the woodwork, what do you think makes you stand out?

Our live shows are not just songs, they're like a play. We don’t play some chords and leave the place, instead, we inspire people by sharing the stories behind the song, our experiences, and some motivation thrown in. We perform and interact in such a way that the crowd will participate, get involved and go crazy. At concerts today, people come, take videos and then leave. We constantly emphasise and urge people to relish every moment by keeping their phones away. We reduce the number of songs and interact with them a lot more. I believe these are the characteristics that make us stand out.