The Bose Krishnamachari interview: When you create art, you create your own philosophy

The internationally-acclaimed artist feels that India has a severe shortage of art museums, despite being a very large country with a rich artistic history and lineage

When we say the words ‘art class’, what comes to your mind? Most students must be picturing a scenery in their mind, with three snow-capped mountains and a crystal clear river flowing through them into a green valley with huts on one side, tress on the other. And of course, a blue sky with white clouds drifting among a bright yellow Sun. It is unfortunate that for some of us, the definition of an art class is restricted to this scenery. But such is clearly not the case at Mount Litera School International, which had their art fest Meraki presided over by renowned artist Bose Krishnamachari, who is also the founder of the iconic Kochi Biennale Foundation. This was no ordinary art fare — the students of the school had drawn inspiration from the works and ideologies of the acclaimed artist and strived to produce variations that remained faithful to his principles. “Only art and design can help students broaden their horizons and everybody needs to understand that. Art need not necessarily mean only painting, it is the very base of living. It cannot be taught, but it can surely be imbibed in the right situations and hence, parents and teachers need to create an environment for that,” says the 56-year-old artist while talking about art and how it can broaden horizons.

Peek into his past
It comes as a surprise to us when Krishnamachari says that he wanted to be a doctor. Thank God for destiny, which took him to different places. From the village of Magattukara, where he was born, he pursued his pre-university studies in Kerala and came to Mumbai and graduated from Sir JJ School of Art and subsequently, completed his master’s in London. He adds that the aforementioned destiny isn’t something that is God-given, but rather the culmination of one’s interests, actions and undertakings. “I keep working across different projects because I believe that actions are more important than mere thoughts. So, when you create art, you also create your own philosophy. I believe that art is life itself,” he says. 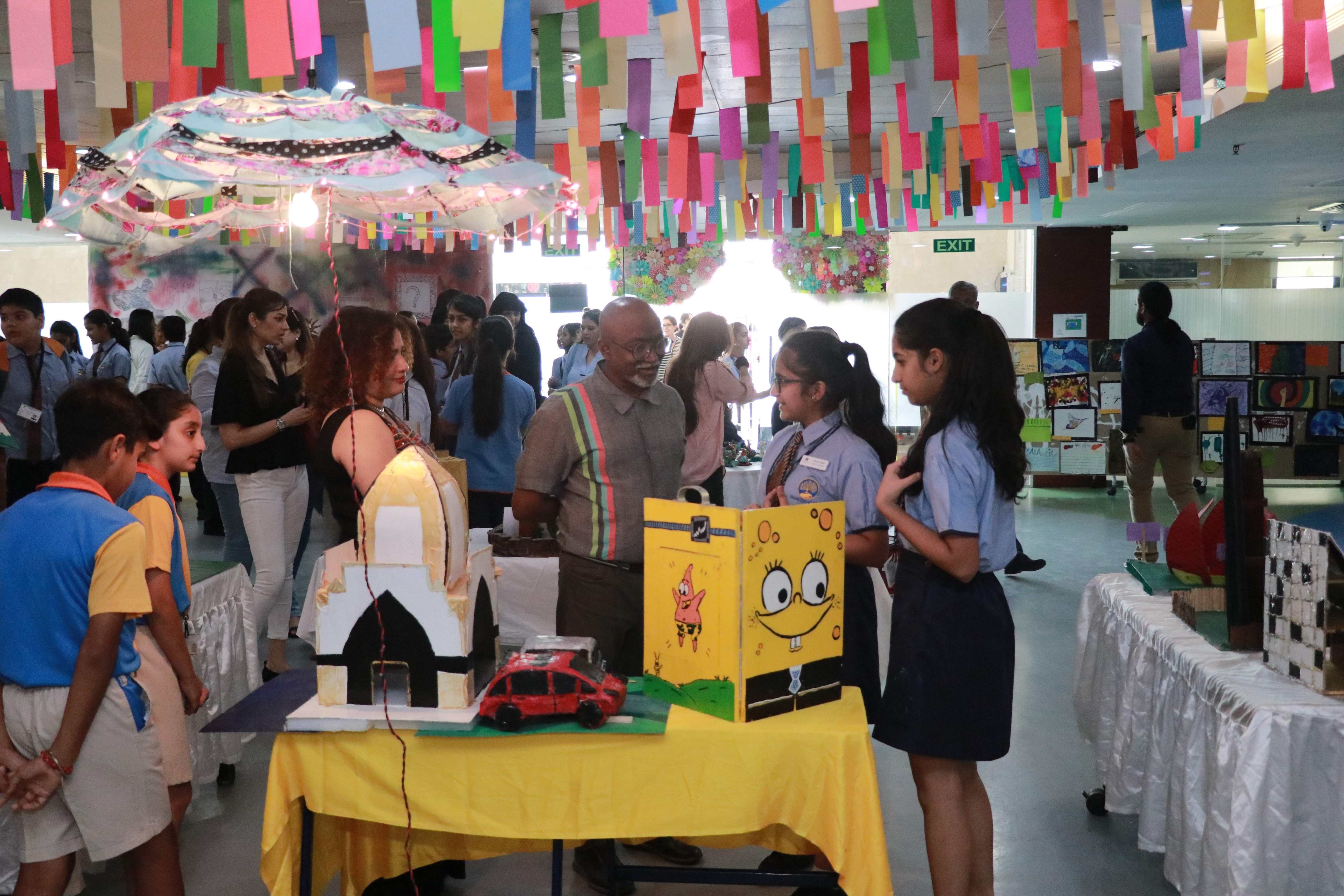 As a student during his school days, the artist used to sketch original portraits which formed the bulk of his early artistic works. “I never copied the works of others because I don’t think it’s a great way of learning.” Admirers of his work would be quite familiar with the representation of the Average Mumbaikar in his paintings. Since this is an intriguing concept, a definitive explanation was sought from the artist himself. “I believe that Mumbai itself, as a city, functions as a great university and has taught me so much. Extremities coexist in my life and the same is reflected in the day-to-day life of a Mumbaikar as well. The chaos that one experiences in Mumbai is in itself very energetic. I don’t mean chaos in a negative way — whenever the city has faced difficult times due to heavy rains or floods, it has resurrected itself the very next day. It is because everybody is here to live,” he remarked.

Bose Krishnamachari feels that educational institutes are consciously giving art its due importance in contemporary schooling. Such undertakings are vital for a student’s creative development

In today’s world
Krishnamachari explains that the components of art and design are an integral and indispensable part of ‘existence’ itself — vital cogs in the machinery of visual representation. "We make art for a better world, for better thinking and better living," he says, "Understanding minimalism is very difficult because editing from chaos and channelising your viewpoint into something is not easy.” When quizzed about the copious amount of vivid and bright colours, shades, textures and tones carried by his paintings, Krishnamachari remarked that, “Extremities coexist in life. One side is very colourful and the other minimalistic. On one side you have art forms like Kathakali, which is very vibrant and visually attractive, and on the other hand, you have the Gandhi ideology.” 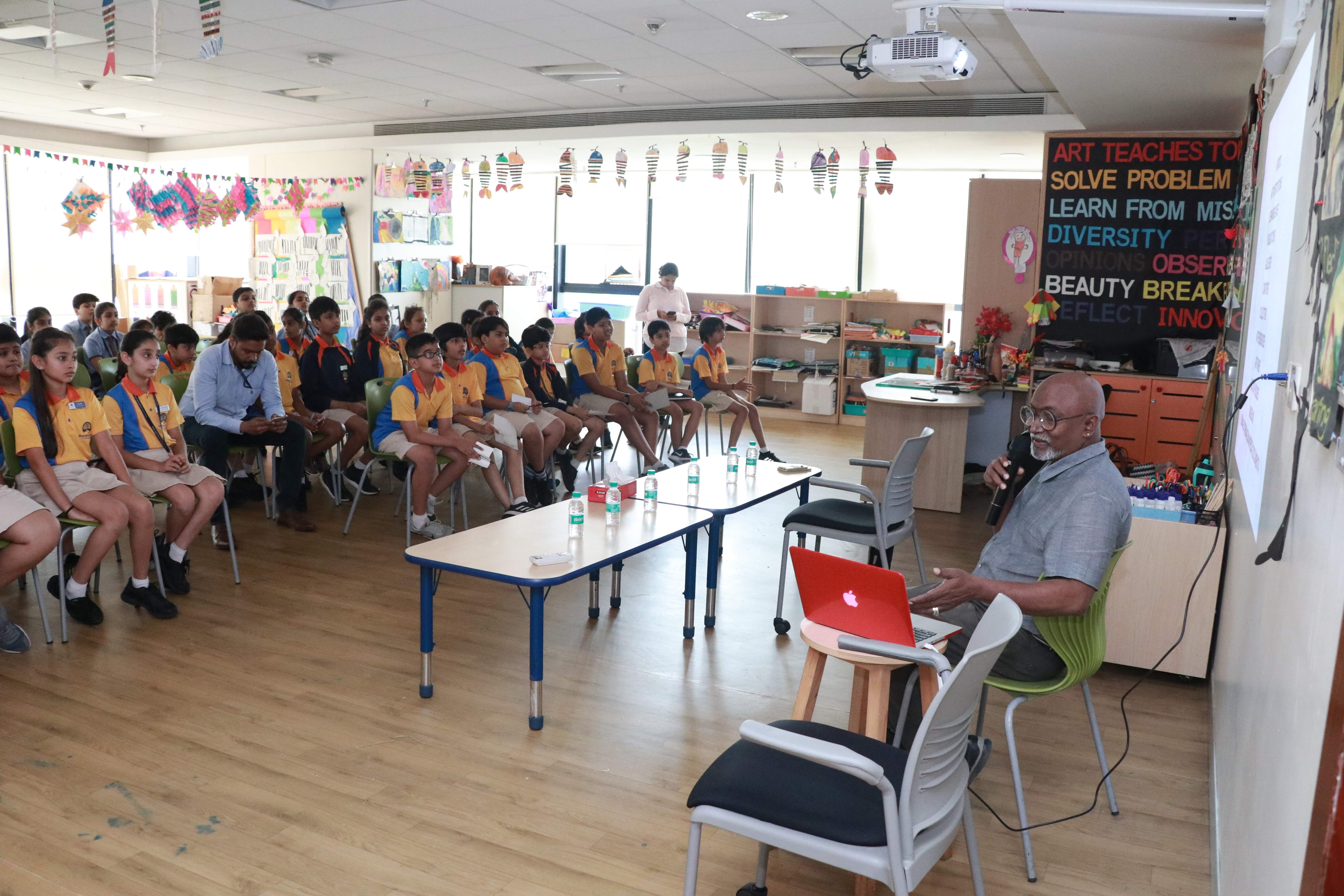 Krishnamachari also subscribes to the notion that budding artists ought to acquaint themselves with developments along the artistic front by regularly reading primary sources. “I believe that every artist must be aware of our contemporary social system. Understand how the economy works, read newspapers and get into the habit of reading and not rely entirely upon the temporary aspects of technology.” As an afterthought, he also says, “I always tell upcoming artists to keep working and not to think solely about their career. You will get to visit places.”

Another component that Krishnamachari visually represents through his paintings pertains to the 'here and now' concept. Krishnamachari feels that there is an acute shortage of museums in the country and that has negatively affected the artistic notions of the average artist. "There isn’t much opportunity here to experience contemporary artwork. For instance, Holland has close to 140 museums. We do have an incredible wealth of art in India, but the elitism attached to it is wrong. I believe everyone should experience art through infrastructure and it’s important to allocate space for art infrastructure," he says. He is also of the opinion that the nation requires visionaries who understand the values of art and culture and help propagate the same. 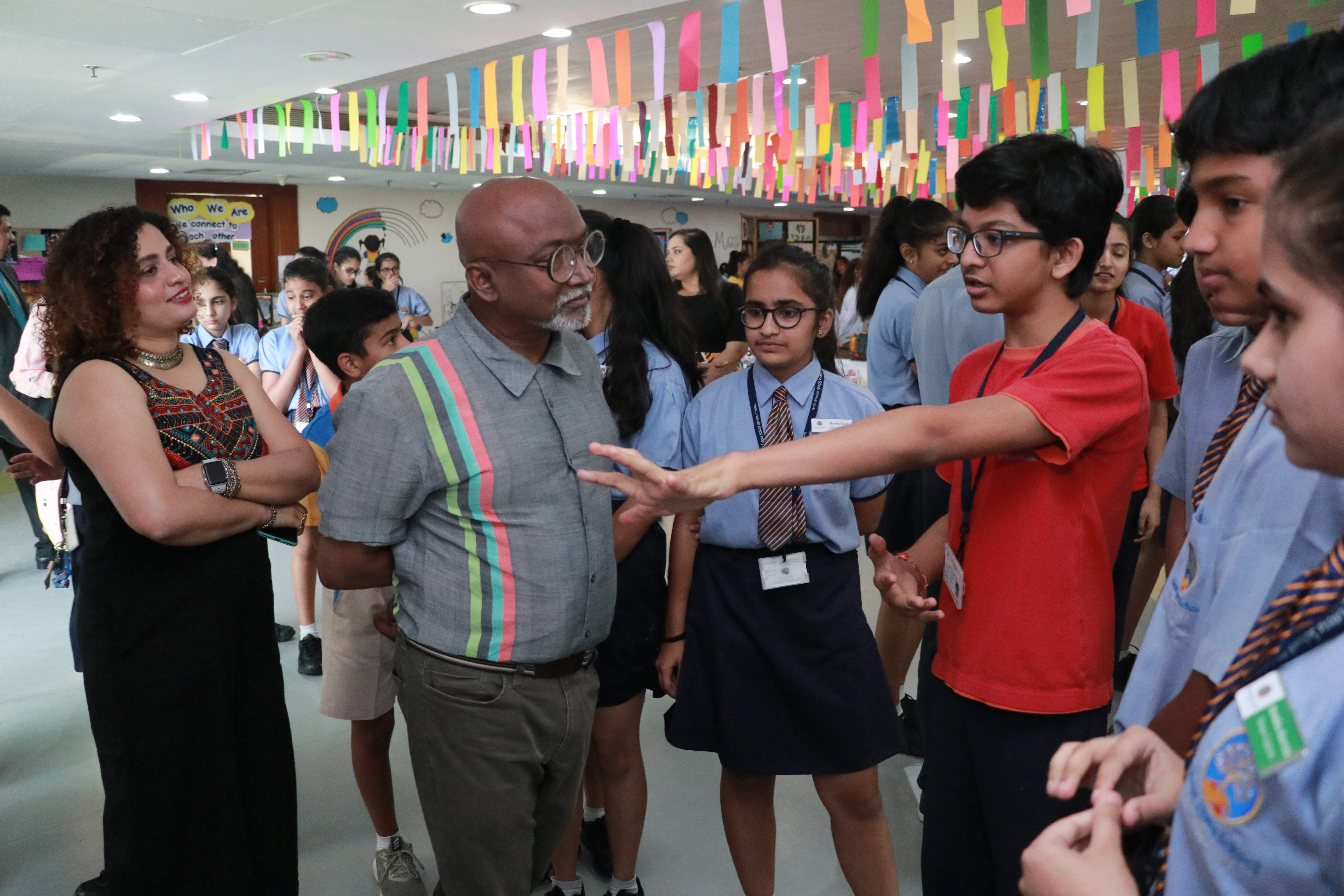 KBF, ahoy!
Most people are aware of the fact that Bose Krishnamachari is also the founder of the Kochi Biennale Foundation (KBF), an acclaimed art platform that was initiated, curated and run by artists with the help of the Kerala State Government. “We believe that artistic autonomy should be given top priority when it comes to the biennale and it should not be dominated by bureaucracy,” he remarked. There is no doubt about the fact that in a short period of time, four editions to be exact, Kochi has become the pride of India. Speaking about it with great delight, the recipient of Lifetime Fellowship Award Kerala Lalithakala Akademi, says, “Curators, collectors, museum heads, artists and a lot of people visit Kochi at the same time as the common man and it is amazing to see museum directors see the biennale and say that it is one of the best things that has happened after independence in the cultural world. The biennale supports every aspect of the creative world where we have an educational programme, art by children, students’ biennale.”

Of all the artistic concepts that he employs, he rates minimalism as one of the most complicated to understand and implement efficiently

As a conclusion to this conversation, we couldn’t help but ask the most clichéd question ever, what does art mean to him? He replies with some fresh food for thought, “Art is life, it gives you freedom. It’s like a healing balm. It makes you aware of who you are. You don’t need to go anywhere to find peace when you get involved in art and culture.”