How #DareToCare is teaching Bengaluru to take a stand against harassment

A team of 80 volunteers has created around  25 'dares' in South Bengaluru. They want to create 50 such 'dares' so that there are enough people around the city to protect women and children

Many a time people choose to remain silent even after witnessing women or children being sexually harassed in public places. The right approach to stop such incidents from happening is to probably intervene and make the harassers realise that they are being watched. Bengaluru-based Durga, a nine-year-old organisation that equips women to think about safety and deter crime, has come up with a campaign #DareToCare. The volunteers working with Durga approach people like tea sellers, stationery shop persons, flower vendors near schools and colleges and explain about what role they have got to play when such incident happen.

Priya Varadarajan, Founder of Durga, feels that people can help reduce crimes against women. "I feel that we must take responsibility for each other. Crimes against women increase for two reasons. Either we don't know how to tackle them and people also don't come to our rescue. Hence this campaign Dare To Care is working to create such responsible people who can come to woman's rescue when sexual harassment takes place," says she. 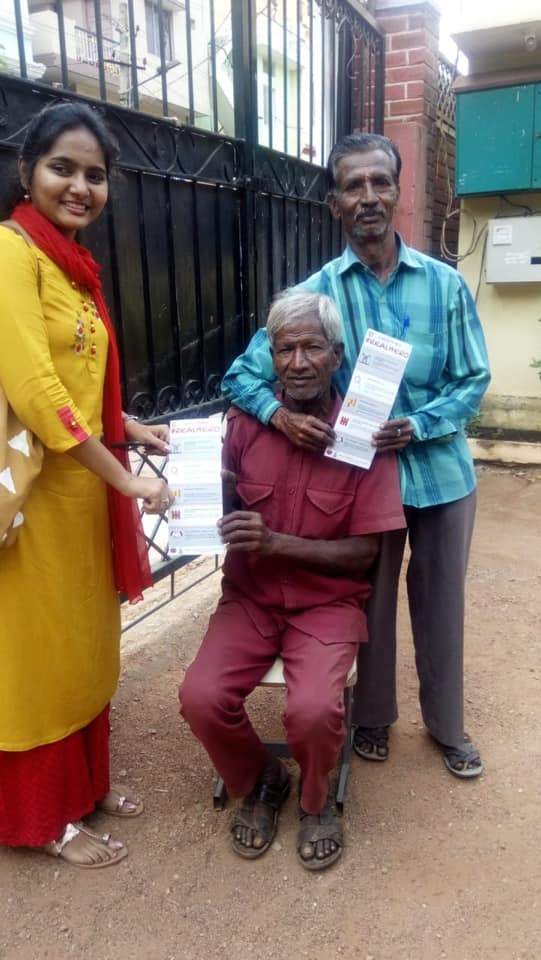 #DareToCare is the principle that they follow and people who help each other are the real heroes or dare. "There are several vendors who come to a particular street on a daily basis to sell their products. Our volunteers go and talk to these vendors every day to make them realise that they have the ability to intervene in such incidents. Intervening does not mean that they have to go and fight physically. It is making the harasser feel your presence. Vendors can ask loudly, What is the time? If they want to buy tender coconut water or ice- cream? etc so that the person who is troubling her knows that they are being watched by the third party," explains Priya.

According to Priya and her team, making one dare to stand up against injustice does not happen in a day. It takes 10 days times to convince the vendor and accept that he is a dare. The volunteers visit them every day to build a friendly relationship. They start their conversation asking for the number of years, the vendors have been into this business, if the person gets enough customers and so. This rapport leads to asking for their opinion on sexual harassment and if they have seen it happen in public places, what they have done to stop it from happening, what role they have got to play etc. Usually, vendors take interest when they are asked about their daughter or a niece who might have complained about sexual harassment or eve-teasing or vulgar comments by men. Then, they seem to take interest and learn about POCSO guidelines and legal provisions. The vendors also understand that we are not wasting their time but we are being useful to them."

The person who accepts to be a Dare is given a medal, a certificate, and a t-shirt showing that the shop is the safest place for women or children to wait for a cab or their dear ones to come and pick them at any point in time.  Till date, they have created 25 daring individuals mostly in South Bengaluru and by the end of December, they aim to help 50 more. And the team has been looking for funding. "We will need at least Rs 600 for one dare. Because the volunteer has to spend money on buying food or beverages from the vendor every day and also provide them with a t-shirt and medal."