Malnourishment made in India: How Sudharak Olwe's frames will compel us to understand hunger better

Olwe also runs a foundation, Photography Promotion Trust, through which they are working on a few collective projects that shed light on Mumbai’s water crisis and other issues

Protruding bones, slim limbs and dry skin — malnutrition looks much grimmer than these words sound. And to capture acute malnutrition in children, Padma Shri awardee and ace photographer Sudharak Olwe visited Odisha’s Kalahandi region where he interacted with tribes and photographed their maladies. He even visited tribal areas in the Dongargaon and Naxal neighbourhoods of Manpur and Kanker, Chhattisgarh; villages in Kharupetia and the tribals living in the Bodoland Territorial Council area of Assam; the Warli tribe in Gadchiroli, Thane and Palghar, Maharashtra and Jharkhand’s Chakradharpur to visit the Ho tribes. They found many children falling under the Severe Acute Malnutrition (SAM) category. "The process for this was to bring together the stories I shot previously and stories I shot in the states of Assam and Chhattisgarh recently, focusing on severe acute malnutrition and its causes," says the Mumbai-based photographer. The 53-year-old shares his experience of photographing for this particular project and the sub-themes he wanted to explore through it.

1. Tell us about when you began to think about documenting malnutrition in India in this way. Also, what research went into it?
For the past two decades, I have been shooting projects on nutrition, health and sanitation all over the country. In 2004, I did a photo essay with Ekjut (a non-profit voluntary organisation) from Jharkhand about infant mortality and mother’s health in remote tribal areas. I have also travelled all over the country for Tata Trusts and seen, first-hand, the conditions of our rural areas. Working on different projects, malnutrition always came up in different ways — whether I was shooting adolescent girls or early marriages, tribal customs, mental health and so on. Malnutrition, especially hunger, was always part of the narrative in some form.

2. Tell us about visiting the Naxal areas and about shooting in Odisha. And what is that singular thought that resides in your head when you are taking a photograph?
While shooting in such areas, one always has to be cautious but not to the point of being too reserved or closed and the people in Odisha or other such states are very friendly. Plus, when you are going there to document such topics, you should always make it a point to first make the locals understand what exactly is it that you are doing. And as far as I have experienced, people and workers who are conducting nutrition and health projects in such areas are hardly troubled because everyone knows their importance. And I always go in with a smile and positive intent. So, even though there are challenges and you’re thinking about things in the back of your mind, it does not and should not reflect in the work.

3. Shooting in which area was the most challenging for you? Why? What kind of sub-themes did you want to explore through your pictures?
Our country is huge and travelling to such tribal areas and inaccessible places, one can truly appreciate the magnitude of our land. And with the challenge of that distance also brings the challenge of changing languages and dialects, which sometimes becomes a hindrance when you talk to the locals. That’s why I always go with the assistance of a local who can understand me and can speak their language.

Every picture I’m making always has a few layers to it. Even while documenting malnutrition, one has to be mindful about the complex nature of issues in India like caste or gender inequality and religious bigotry which play an important role in issues like malnutrition and delivery of nutrition services.

4. How did you manage to document such grim circumstances? Did you explain your series to the children and parents involved?
The fact is that people want others to know about their conditions, about what they are suffering through in the hope that someone might help them. They allowed us into their lives and shared so much. It is really a privilege to be able to spend time and talk to our own country men and women, the thousands and lakhs who are ignored because they do not have a larger voice. It gives one a perspective about our nation and also a humble reminder of one’s privilege which should always be the case while trying to document such issues. Coming to your other question, the parents did understand what we were trying to do and though many of them were from such poor communities, they offered us tea or something to eat. It is humbling really. 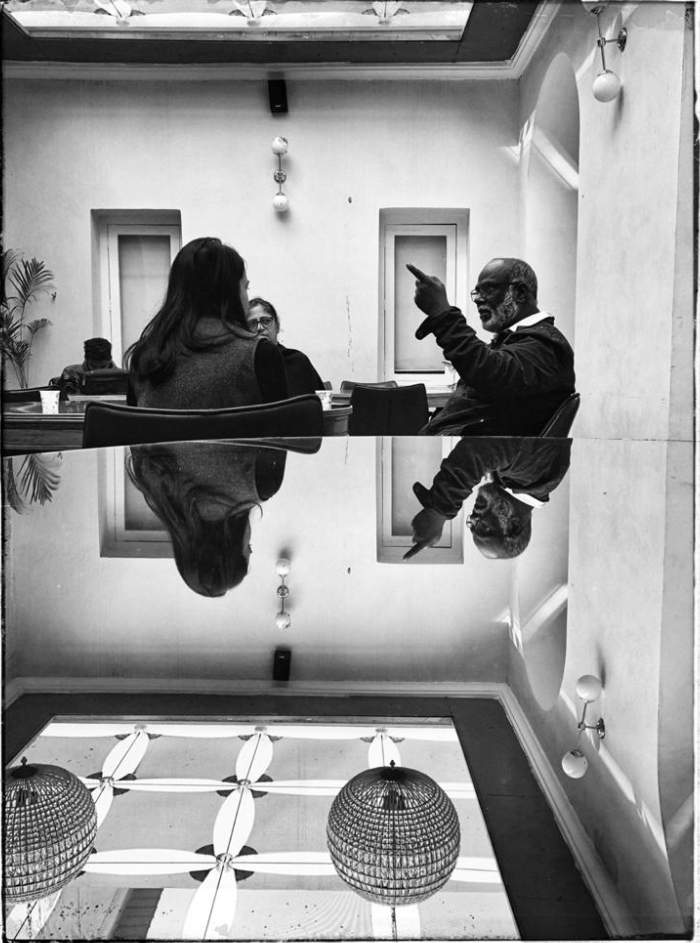 5. For the masses, photography seems to have become a term to exhibit the best version of oneself or showcase happy memories. How can youngsters instead tell real and much-needed stories?
We live in a very small bubble of the mall and our mobile, despite the access we all have with cell phones which can be such a great tool of empowerment. A camera, a recording device, a writing pad, a publishing medium in the palm of our hands — we can bring real change and attention to issues that the country faces today. While it’s fine to shoot pictures of yourself or your friends and family, also try to take time out to see and seek out work which can make you reflect on ideas, on issues and the country. This land is everyone’s and everyone should have a say in how we can make it better. Youngsters need to travel and it doesn't have to be to another state or city; even a walk to the nearest slum or an area you are not familiar with or have preconceived notions about – a short walk and meeting people will change your perspective. 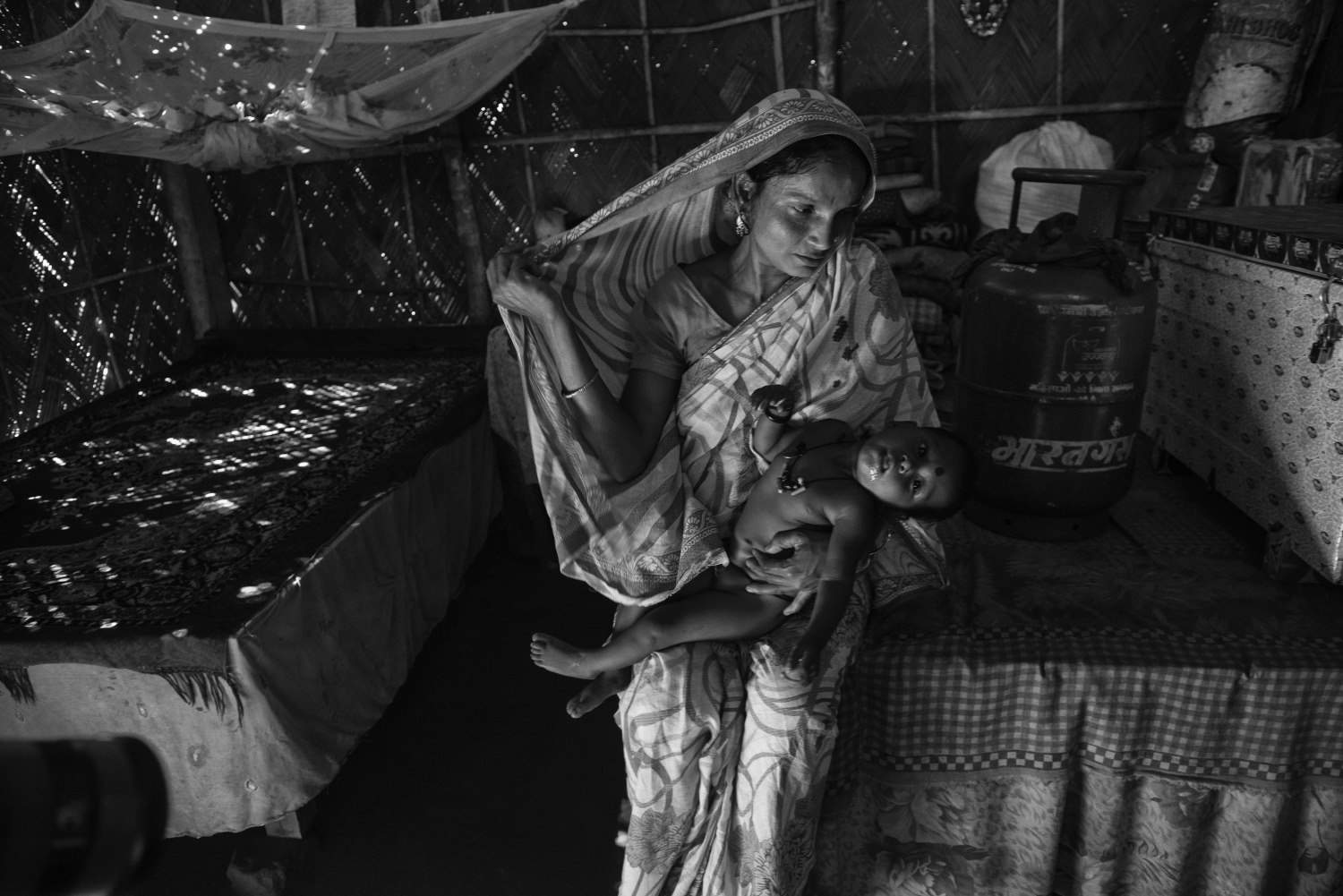 Stories behind a few pictures Kalahandi, Odisha: Nimanjali Durga (25) has three children and is expecting her fourth in six months. Although bleeding from the ears, she can’t go to the hospital as nobody is ready to accompany her for the long distance which involves crossing a thick jungle and a river. She is waiting for her husband, a cowherd, who takes the entire village’s cattle to graze from 9 am to 6 pm every day. For this, he is remunerated in rice. No rations or Anganwadi workers can reach these people who live in this remote hamlet inside the Karlapat Wildlife Sanctuary. So abject is their overall situation that it actually overrides the usual social divides. Phuldei Majhi is giving Nimanjali company along with her malnourished son Ajit (3), sitting in her friend's house, although Majhis would not normally associate with a Scheduled Caste family Kandhamal is a backward area, deep in the forests of Odisha. The children’s ward at the Primary Healthcare Centre is full, most of the beds occupied by SAM children and premature babies. This mother from the Kaundh tribe was in tears. The nurse explained that her child had died that morning and they were taking the body away soon

For more on him, check out sudharakolwe.com