Though the police commissioner has justified their act, a WhatsApp video show police officials open fire even when the group of people are at a distance and only shouting slogans

With people protesting across India against the BJP government's policies including the National Register of Citizens (NRC) and Citizenship Amendment Act (CAA), the protest in Mangaluru took an ugly turn when two people were shot dead during a police firing. Naushin Bengre (23) and Jaleel Kudroli (49) were confirmed dead by the Muslim Central Committee in Mangaluru. While one person was shot in the eye, the other was shot in the back, reports said. They were immediately rushed to the Highland Hospital where the staff confirmed their death later.

Speaking to the media and justifying their act, P S Harsha, Police Commissioner, Mangaluru city, said, "Despite the imposition of Section 144 across the state, people came out to protest. Around 6,000 people had gathered to protest against CAA and the police had to resort to lathicharge. However, when they started pelting stones at us, our police constables were also injured. Even the empty glass bottles were thrown at us. The leaders from the Muslim community had also requested the mob not to harm anyone during the protest but they went on to set fire to the police station as well. Hence, we fired a few shots in the air." 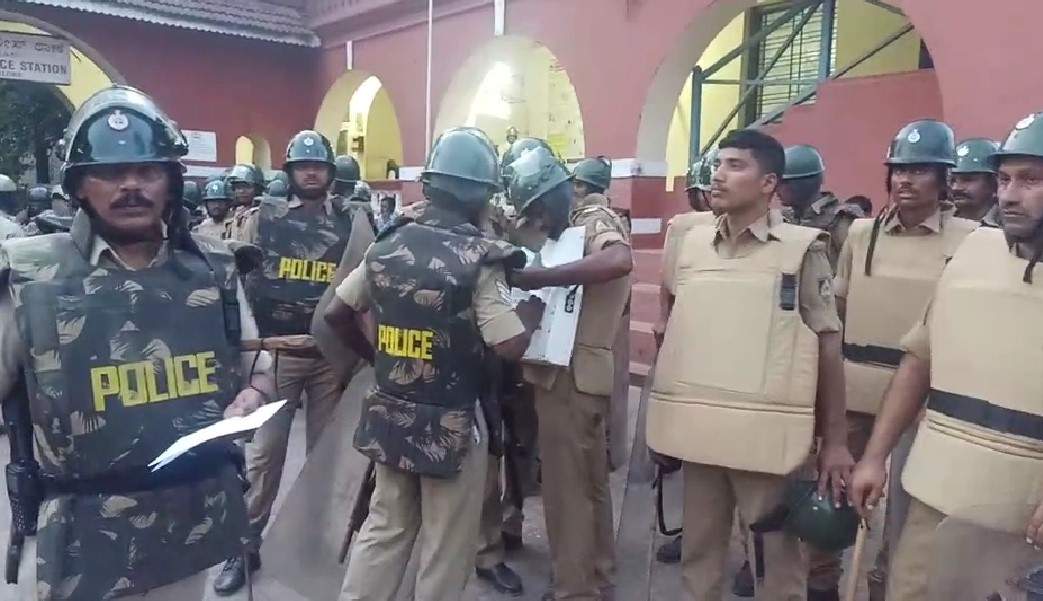 Curfew imposed and internet disconnected in Mangaluru and Dakshina Kannada

He further added, "Despite firing in the air twice, some youngsters attacked our officials. That's when we had to open fire at them. We had already notified that we will be imposing Section 144 and we wanted people to abide by the rules. We also warned that police would be forced to take necessary actions if things got out of hand."

Speaking during a press meet, the Muslim Central Committee members said, "The police have reported what had happened at the spot and there is no doubt about it. We request the government to provide compensation to the families of the deceased and the ones who were injured in the protest. Police officials have asked us to maintain peace. Therefore, I appeal to the youngsters specially from the Muslim community not to lose patience and involve in the violent acts which will lead to loss of more lives."

Curfew in Mangaluru
Soon after the incident, the Mangaluru police has announced curfew until midnight of December 21. Hence, there will be no public service, including buses, open for the civilians. The schools, colleges and government office have  declared a holiday. According to the local residents, the internet service has already been disconnected. They have not been able to share messages on WhatsApp or access social media.