Multiple-award winner Venkatesh Geriti’s mission is to involve youngsters in nation-building and policy-making so that India can reach its full potential. We find out more about his work

Karamveer Chakra awardee Venkatesh Geriti is currently working as a tech professional in Cologne, Germany. But don’t be deceived by his current job role. This youngster is doing a lot to awaken the youth towards the path of policy and politics. His first tryst with the two was when he heard Lok Satta founder Jayaprakash Narayan speak at an event in Nellore. Since then, the spark that was ignited in him continues to propel him on the path of activism. He has worked for the Lok Satta party and is one of the founders of Youth For Better India (YBI), India's Future Foundation and Swatantrata, which he envisions will be a “New generation policy think tank that advocates socially liberal and economically conservative principles which will make a peaceful and prosperous nation.” The Pallipadu-born firebrand still has big plans ahead — one of which includes coming back to India ASAP. He gives us a flashback of his childhood and all that he has been up to since then. Excerpts: 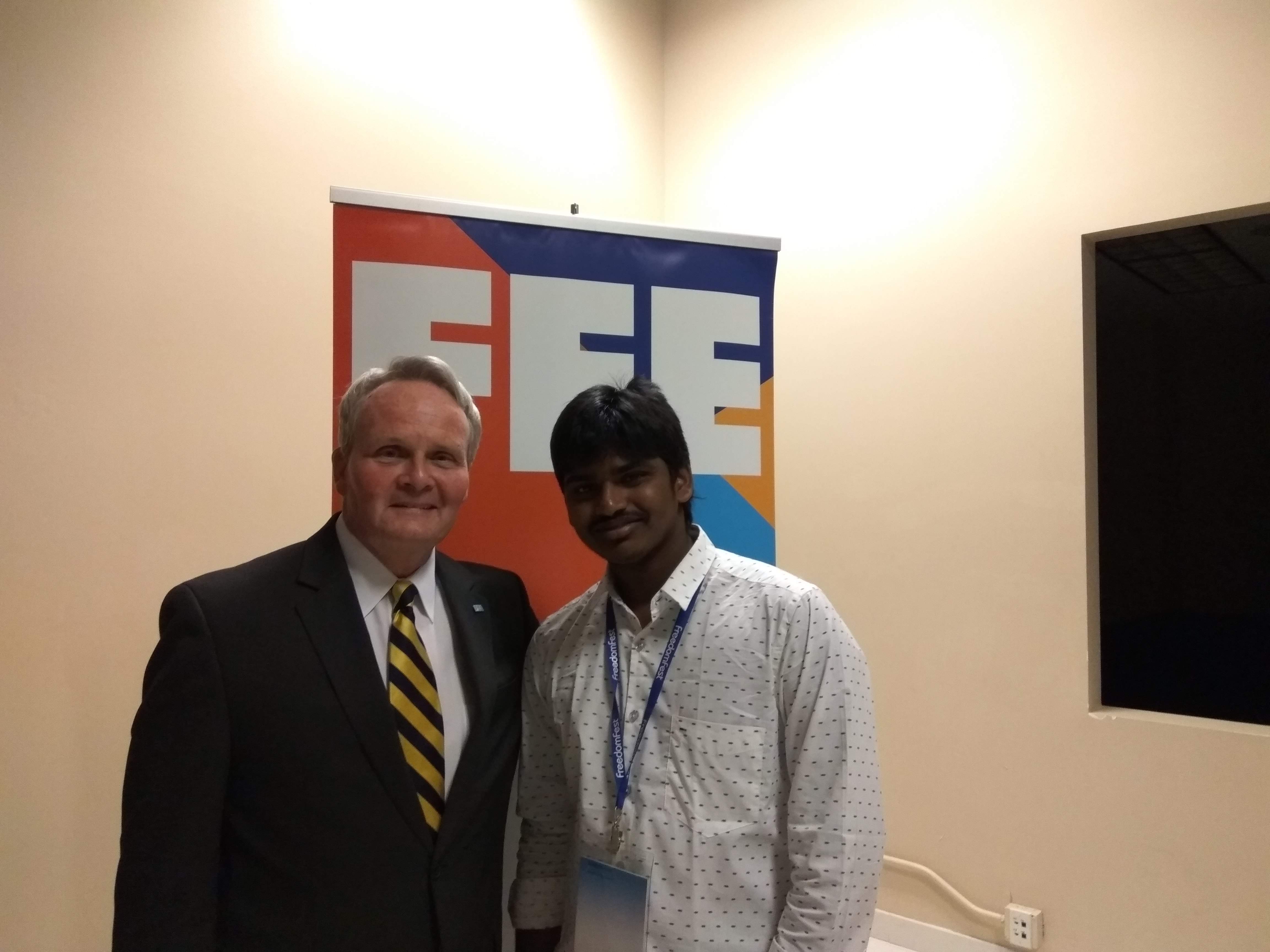 1) As they say, a lot of who we are is the result of how our childhood was. Tell us about your childhood growing up in Pallipadu in Nellore, Andhra Pradesh. How were you as a student?
I have grown up experiencing and observing the life of many poor and below middle-class rural families who struggled to make a living. I naturally built entrepreneurial and community spirit by looking at people from my village as they were highly inspirational and hard-working. I had the chance of building a strong foundation through the skills imparted at AP Residential School Kota, a unique state-funded school run independently. After my class VII, I took up my first summer job at a general store near Tirupati to buy two pairs of clothes and school essentials. I naturally developed an interest in community building after looking at my father, who used to work with a local NGO.
Coming from a family of farmers, small business owners and street vendors, I understood that the fight for a living is not easy for people like us who were at the bottom of the economic ladder.

2) When were you first introduced to student activism? Was there any particular incident that inspired you to take it up?
RSS has been a foundation point of understanding community service. I slowly moved towards student activism after drawing inspiration from Dr Abdul Kalam and his Lead India 2020 campaign, which I helped promote through pamphlet distribution and signature collection of more than 25,000 people when I was in school. After that, my activism towards policies and non-profits started after watching the Jayaprakash Narayan speak at an event in Nellore. From that day, JP Narayan has been a guiding force when it comes to how we can solve the problems of our society through politics and beyond.

3) Tell us about the experience of working with Lok Satta and how has that helped you become the person you are today.
My work with Lok Satta has played a key role in shaping me as a leader. I did play various roles in the party and its associated organisations. I started my journey as a small-town student leader with the party and went on to represent it at international conferences over time. One of the biggest lessons it taught me was thinking about the problems of today. Dr JP always emphasised on the root cause of the problem, not just the symptoms, for long-term and sustainable solutions. My time with Lok Satta helped me gain experience as an activist and Lok Satta's Foundation for Democratic Reforms, an independent think tank, shaped my ideas on policies.

4) Tell us about Swatantrata. When did you start it? We did see that under this initiative, a lot of policy meet-ups are organised.
Swatantrata's mission is to bring about social change through policy education, grassroots advocacy and digital activism guided by ideas and policies which will help us all flourish. We also focus on opportunities, especially for those who are struggling. We would like to remove barriers and promote institutional change. We organise policy meet-ups, which are monthly informal discussions for youngsters interested in policy reforms on our themes like agricultural reforms, decentralisation and liberal democracy and a Campaign for Street Vending (CSV), which aims to eradicate market-entry barriers to promote livelihood freedom for street entrepreneurs through promoting the implementation of Street Vendors Act 2014
Our upcoming projects are youth political action committee and #Swacon, an annual conference on politics and economics of India. 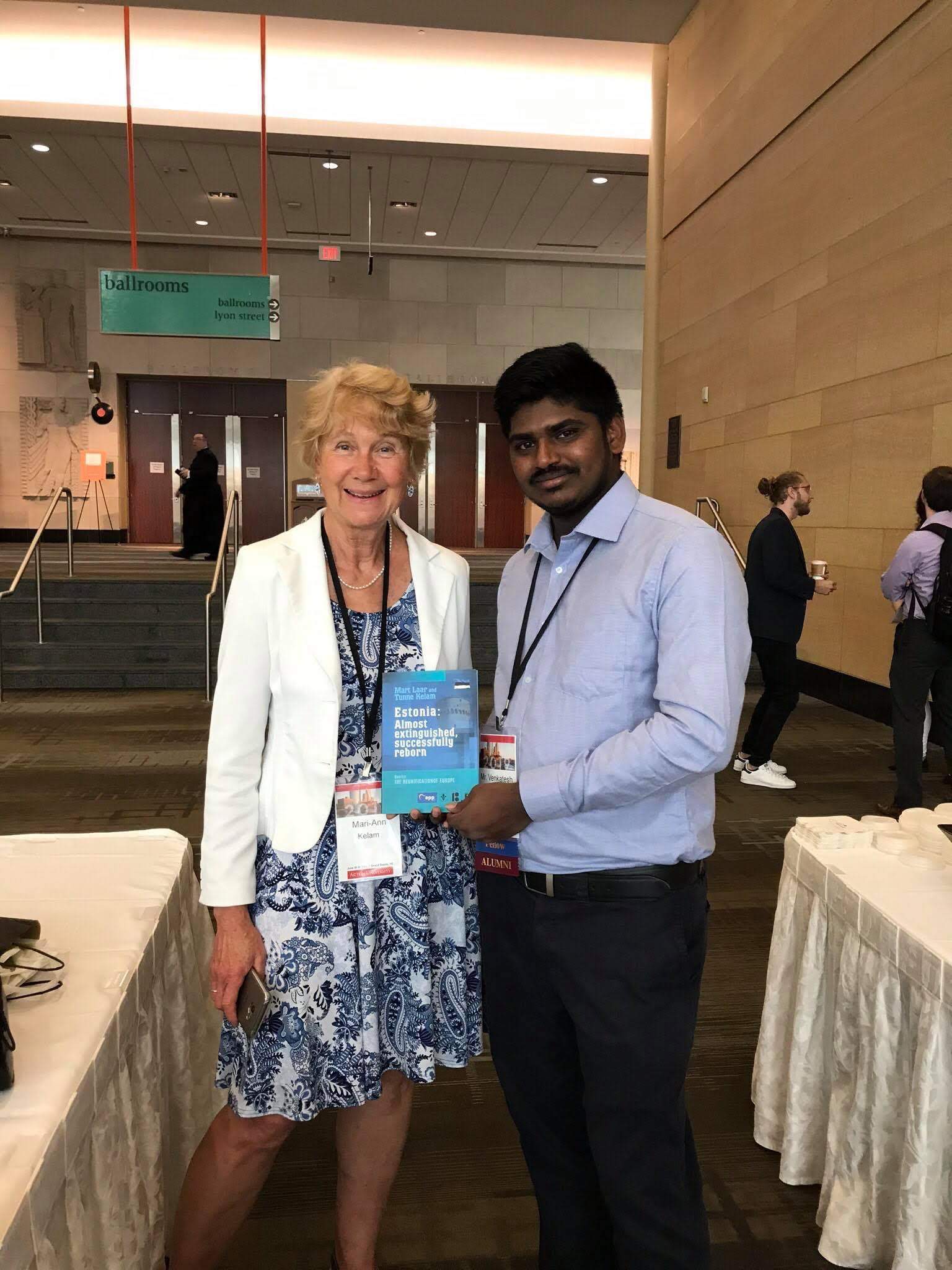 5) In your experience, what is stopping the youth of today from reaching their full potential?
Lack of quality education is the biggest problem which naturally leads to skill-gaps. Education has to focus on critical thinking, analysis and reasoning rather than memorising and writing exams. Lack of wealth creation and job creation has been the biggest problem. We have to encourage entrepreneurship. We have to build the right policies that promote and encourage more youngsters and locals to build their small businesses.

6) What is next for you?
We will focus on our campaigns like the one on Street Vendors Act 2014 and other agricultural campaigns. We would also like to resume our Leaders Exchange where active leaders of Swatantrata will get the chance to participate in various conferences.

For his work with YBI and Lok Satta party, FDR nominated him for an international conference by the Friedrich Naumann Foundation, Germany, on youth politics and activism. From that day, he spent a lot of time to understand political systems, public policies and so on

Youngsters inspired by Dr JP and Anna Hazare started Youth for Better Indian and through it they:
- Train youth on issues like Right to Information Act, tools to eradicate corruption, political and electoral reforms, citizenship and leadership
- Started massive movements against corruption and organised many anti-corruption walks like Dandi March II. He personally reached out to youngsters through public meetings and bike rallies for this
-  Building a grassroots movement across south India through partnerships 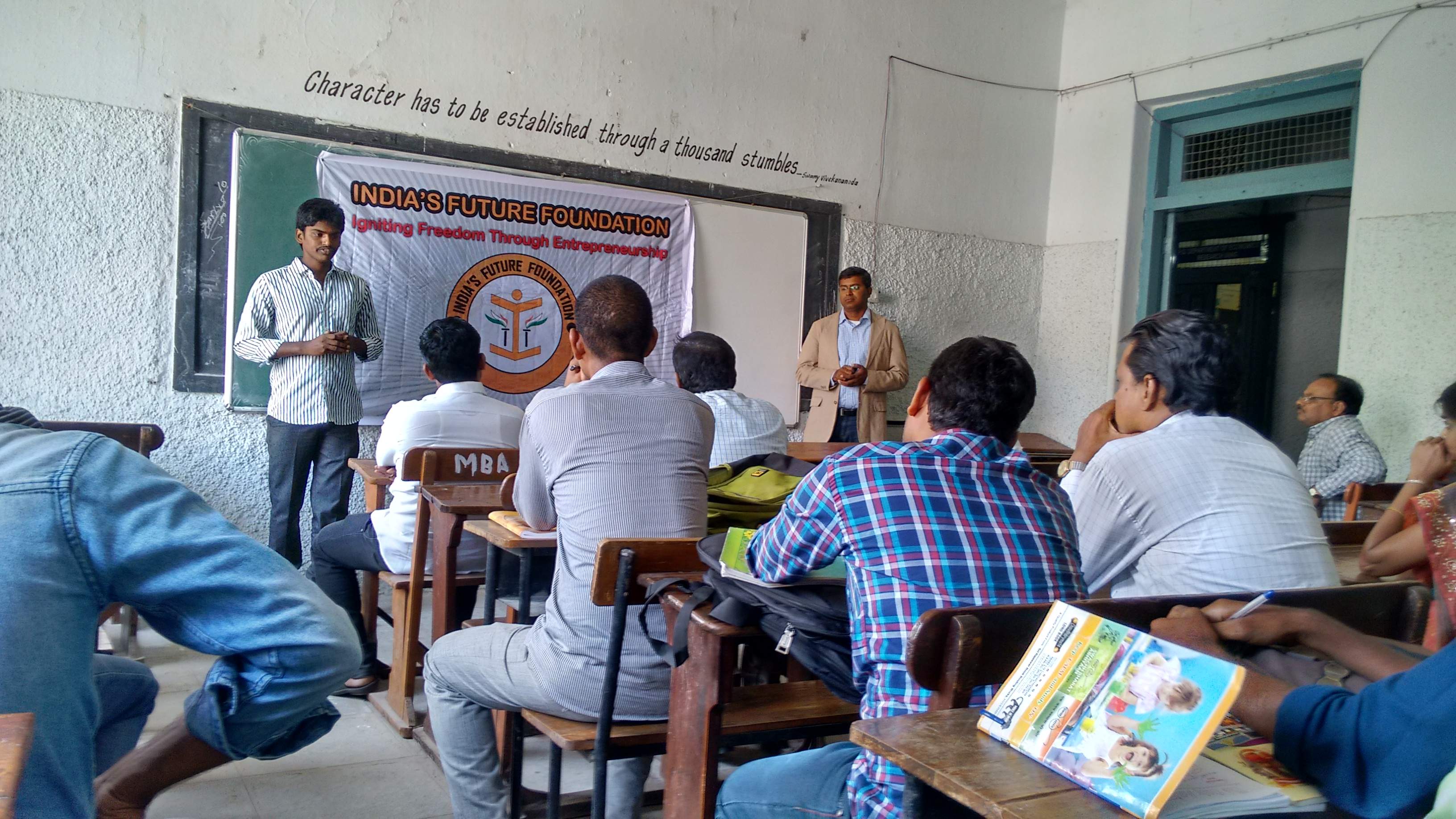 Why did they start?
We wanted to educate more people about critical thinking and data-driven policy-making that guarantees better outcomes

What have they done?
They have run training courses in more than 40 colleges, impacting more than 50,000 students in Telangana and Andhra Pradesh. IFF has conducted various seminars, training programmes, political boot camps, roundtables and so on

Who have they worked with?
We have worked with various international like-minded organisations like Centre for Civil Society, The Atlas Society, in India and abroad like -
John Chisholm: Trustee of Massachusetts Institute of Technology, who advises start-ups across the world.
Barun Mitra: An award-winning political activist
Andy Eyschen: An international management consultant who has consulted for governments in Asia and Africa
Jerry Johnson: A leading on voice issues of diversity, culture, and issues of identity in a digital, global society
Sriram Karri: An award-winning author and media personality who opines about key issues of India and their solutions

He was also awarded the Global Fellowship instituted by the International Confederation of NGOs (IANGO) and the United Nations, Delhi Youth Award 2017 and Centre for Civil Society recognised him in their 20 Years 20 Champions list

His learnings:
- Ideas and policies are more important than changing politics
- Decentralisation is key in economic and political development
- It is important to channelise the potent energies of youth in the right direction

For more on him, check out facebook.com/venkatgeriti