In its second edition in Kochi, the Indie Comix Fest hopes to create a platform for people to share their work and their process with like-minded people

For their second edition in Kochi, Indie Comix Fest wants niche talent to be discovered. And for those of you at home who have your own line of quirky comics in the works, this might be the space you have been looking for. "All major fests in Kochi are usually organised by big publications. So there's never really any space for the little guys. This time around, our motive is not just to sell, we aim to bring good people and good ideas together," says Sriram KV, one of the organisers.

Last year, some of the biggest names in the Indian alternative comic world came together for the fest. This included Appupen, the homegrown Studio Kokaachi and Awkwerrrd. This year, the idea is to bring in the same type of energy and to do it with the hope of creating something much bigger. Sriram says, "We are planning a lot more this year. It's not just about displaying the work of these artists but we want to elevate it by hosting discussions on their creative process. This is for niche audiences and people who enjoy variety in what they consume. We're pushing the creative boundaries." 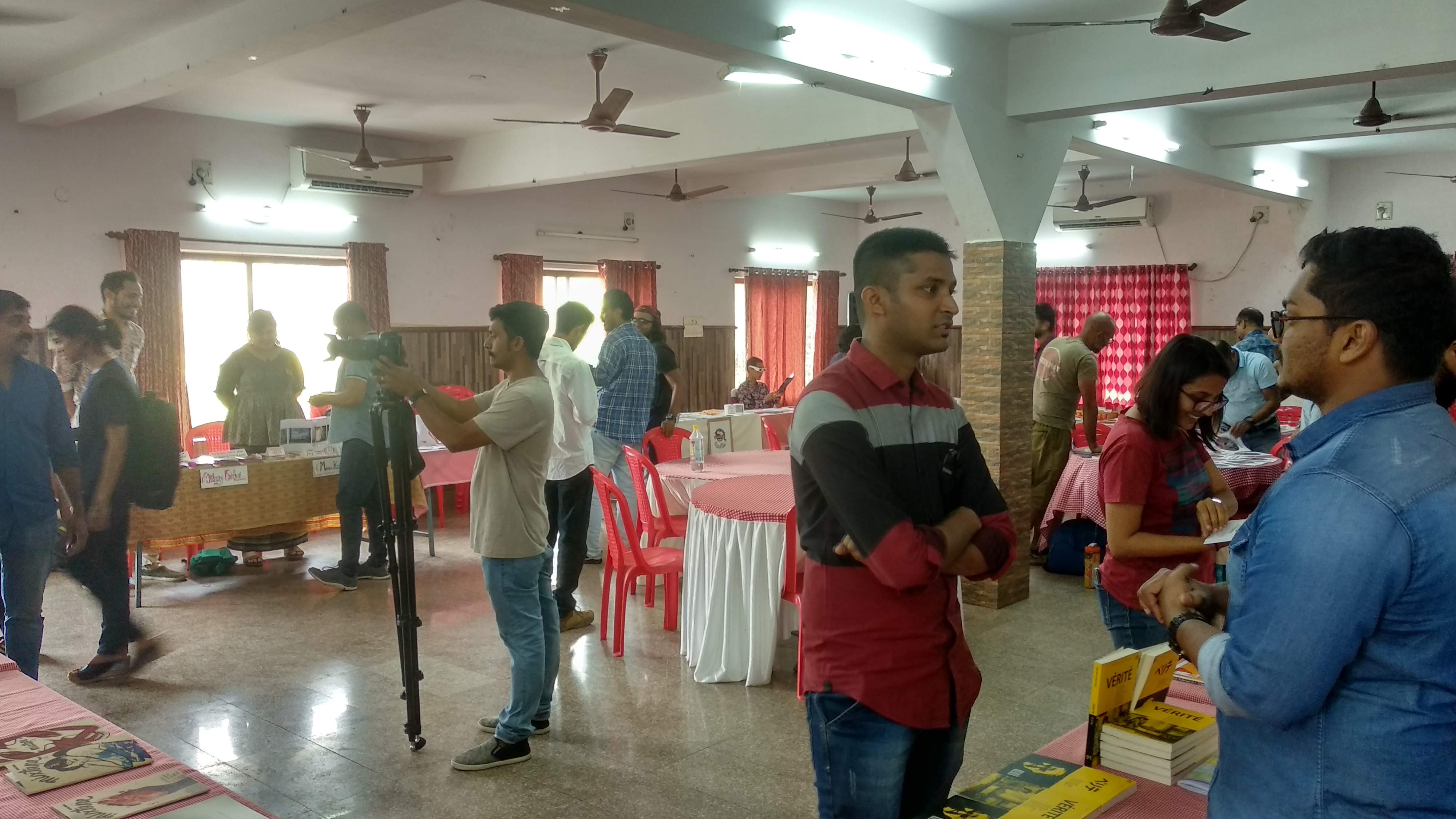 CREATE SPACE: This year, they plan to make it an even bigger event

One of the comics who were a part of the previous edition was Siddharth Raj, the creator of Sloth Story Comics. About the experience, he says, "As an artist who had just started out, I treasured the opportunity to get to know my audience. It was the first time something like that had happened to me. Earlier, the only thing I resorted to was putting up my stories on social media — that was the only interaction I had had with my audience. This gave me a chance to interact with a live audience and have a discussion with them about what I do."

He continues, "I was also grateful to be able to interact with other artists, share a stage with them and discuss the things we have in common. To be able to spend time with a group of people who are also passionate about what you do is a wonderful opportunity and it's not something that you can expect very often in our line of work. As an artist, it was a process of self-evaluation. It helped me realise how far I've come, what direction I need to move in and how far I have to go. I have been able to work better on my comics because it taught me what I needed to do going forward. I have a cleaner vision of what to do."

Indie Comix Fest is reaching out to people in the city who have something special to share. Sriram says, "Ours is a community of artists who publish their own comics. It's a group that was born out of that commonality. Last year, we saw great artists from across the country coming together in the name of comics. They introduced us to their creations. We were able to interact with them through a platform such as this. Comic enthusiasts were able to learn the process of the artists they adored." So, if you are an upcoming comic artist, you can also be a part of the fest this year. If you love and appreciate the medium, you will surely be welcome on December 21 at the Mamangam Dance School.