Tosh speaks as many as eight languages including Odia, Tamil, Telugu, Hindi, English and more. He loves music and also enjoys composing it

When was the last time you heard a song and felt all pumped up? Felt like you could do anything and the world is your oyster? We don't know about you, but the last time we felt like that was when we tuned into the song Utha Kankala from the album Subharambha. This rousing song claims to be the first epic rock song in Odia and truly, it is one of a kind. It implores every listener to arise and awake, evoking Swami Vivekananda's iconic lines, so that 'the awakening revives the past glory'. Directed by Vishal Patnaik and composed by Tosh Nanda, this five-minute song was made for a cause. "Everyone wants to join the corporate rat race and survive, mind you, just merely survive. Not live. Hence, this song is a part of a bigger campaign called Uttisthata Jagrata, through which, we want to encourage people to go back to their hobbies and create something. It is also a plea for artists to contribute to the Odia film industry, which could do with some fresh blood right now," says Tosh.

When Tosh realised that he needs to get back to his roots, Tosh "fell on the feet of Kanhu Charan Pradhan and begged him to teach me. He is my guru"

And if his name sounds familiar, then you are not mistaken. The youngster, who pursued Editing and Sound Design from LV Prasad Film and TV Academy, Chennai and was in the first batch of Oscar winner AR Rahman's KM Music Conservatory, has created music for Tamil movie Odu Raj Odu. But somewhere, even after working on several movies, Nanda wasn't happy. His great grandfather Mahamahopadhyay Bidyabhushan Ramnath Nanda Sharma was the durbar poet for the last king of Jeypore, Vikram Dev Varma, and was a scholar. Perhaps that's why Tosh returned to his hometown when his roots came calling. And we believe that his journey has just started. 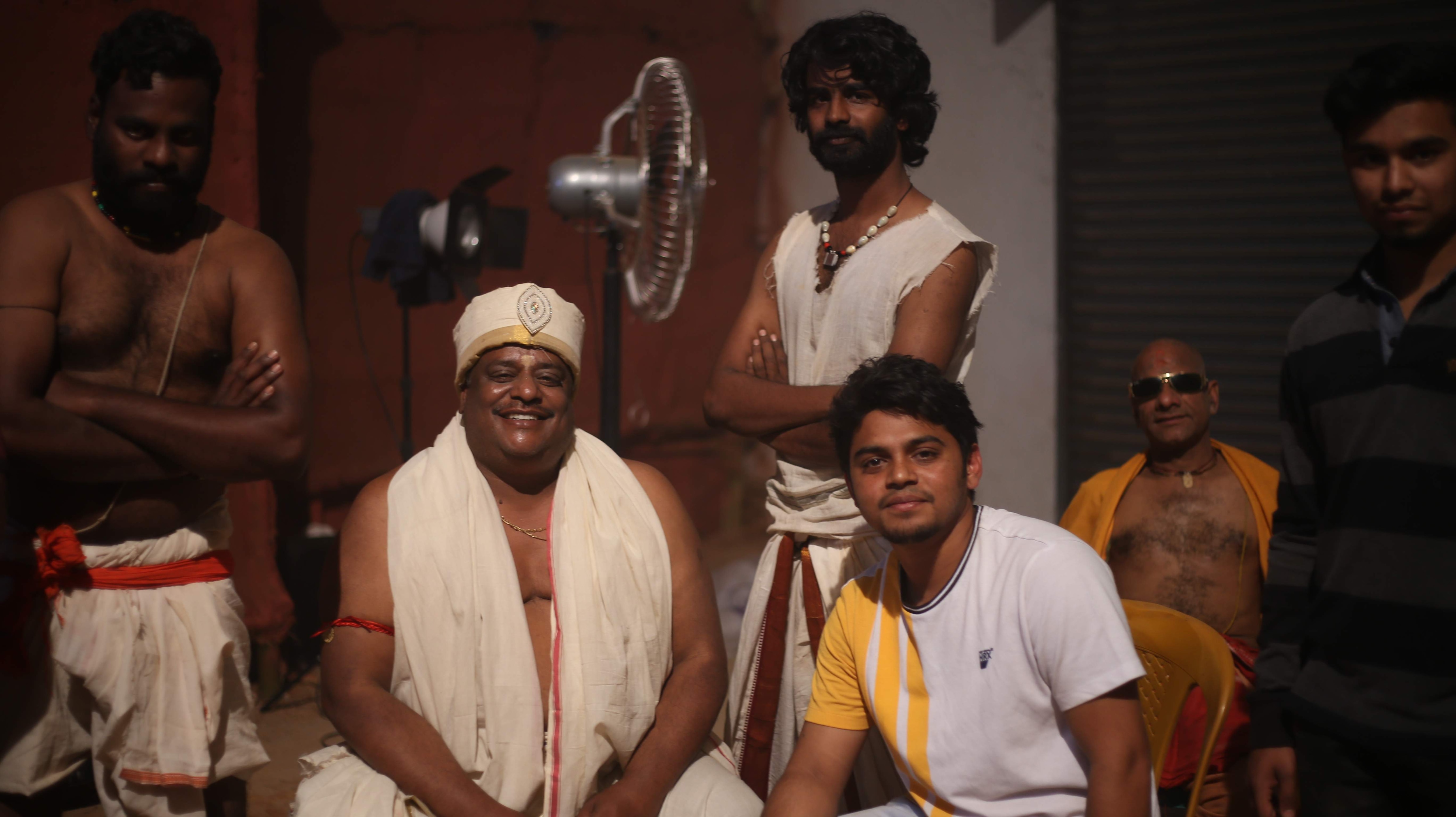 Behind the scenes: Members of cast and crew while shooting the video | (Pic: Tosh Nanda)

"I feel that movies have a lot of influence on people and somewhere, because of the Odia film industry and multiple other factors, people have stopped taking pride in our language and in our own culture. So Utha Kankala is the beginning of a movement which attempts to inspire," says the 29-year-old. The video, which also features Tosh's grandfather, late Biswambhara Nanda Sharma, was shot in his hometown of Jeypore. Speaking about the genre of the song, epic rock, the young composer says, "It's a new genre that's found its place in the world of superheroes and Marvel." Next up for Tosh is a documentary on how the campaign Uttisthata Jagrata started and how they hope to spread awareness. "Once upon a time, there were songs like Vande Mataram and Mile Sur Mera Tumhara which made us feel united and proud as a country. I want to do something similar, collaborate across languages and make music to evoke feelings, not just for mere entertainment," states the passionate composer. Veteran artist Nassar appreciated the song in a video and called it "powerful". The multilingual actor called Tosh, "a rare kind of music composer" and appreciated both him and the music video