Through director Anantha Perumal's documentary Dhoolpet Ganesha, one gets a glimpse into the lives of people on the margins and how they celebrate Ganesh Chathurthi

Though we already bid farewell to Lord Ganesha last week, one cannot help but think, "Purchya Varshi Laukariya" (Next year, come earlier). But one must give it to the city of Hyderabad, it truly knows how to celebrate Ganesh Chaturthi. Colourful pandals, loudspeakers blaring bhajans from most streets, the wild dancing during the visarjan at Hussain Sagar - the city comes alive to welcome Ganesha in our homes and in our hearts and is truly a community experience like no other.

The movie has been produced by Anantha, Sasi and the executive producers are Krishna Muddu, Ashish Arora and Naveen KL. The music has been composed by Vivek Sagar of Pelli Choopulu fame

And when one watches the documentary Dhoolpet Ganesha, it is this feeling of community which is typical to Hyderabad, that one immediately connects with. Directed by Anantha Perumal and being screened at community spaces near you, this film traces the journey of a Ganesha idol and through it, tells the story of the microcosm of society involved in it - from making the idol to its worship and subsequent immersion - including people's problems, caste struggles, gender inequality and even their faith in God. 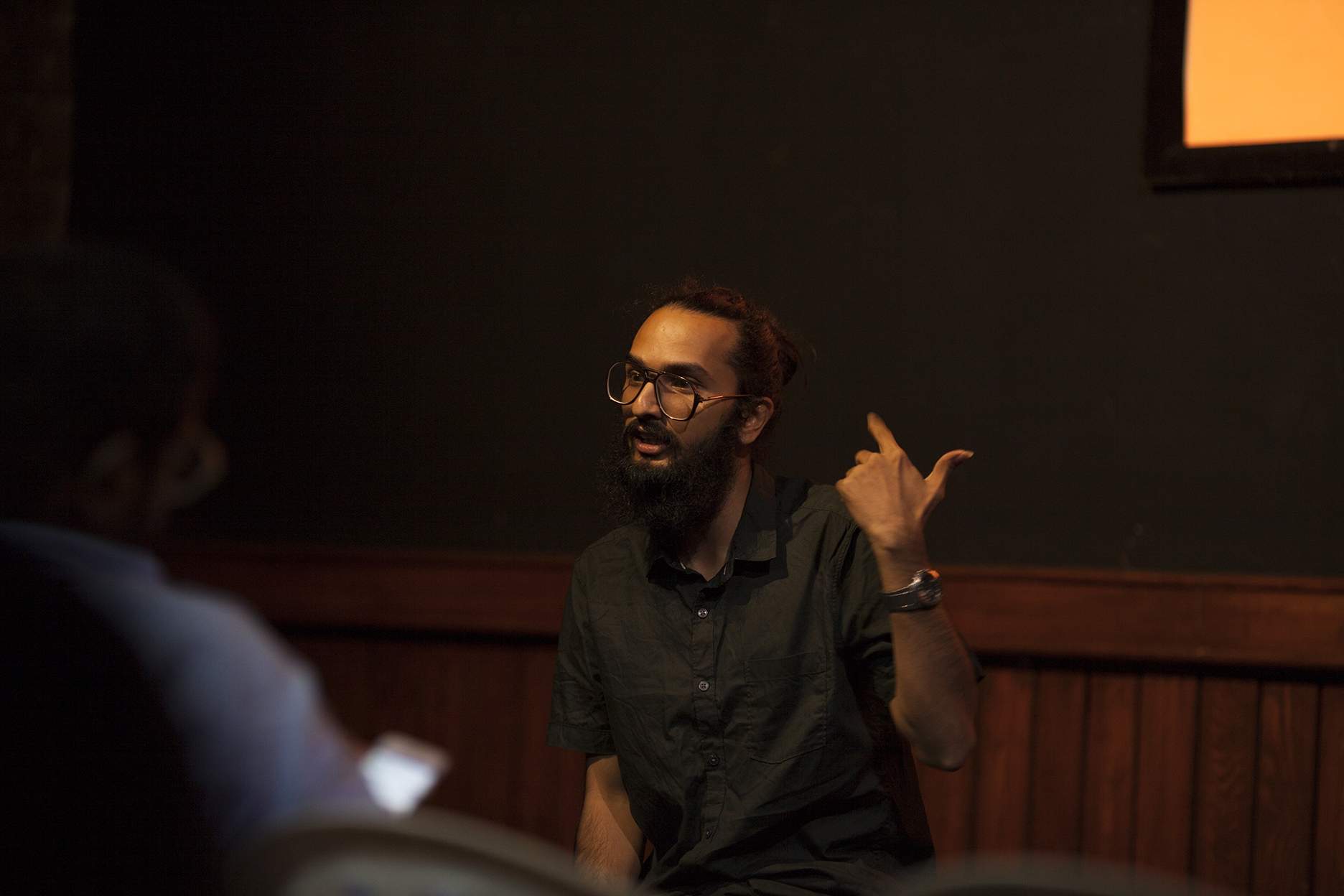 It would have been easy to put the movie up on YouTube, but this is the kind of movie that needs to be watched by a whole society and discussions need to be had about it

But that's not what Anantha intended it to be when he started shooting. He, along with a few independent filmmakers, visited Dhoolpet, an old suburb of Hyderabad, with one intention. "No one knows that Ganesh Chaturthi is a big deal in Hyderabad. One knows about how it's celebrated in Mumbai and Pune, but here too, it's celebrated with a lot of joy," says the 30-year-old filmmaker. They spotted several types of Ganesha idols - Superman Ganesha, Ganesha in the form of Lord Ram, Lord Krishna but one particular variant caught their attention. It was a jet black Ganesha, with gold-coloured jewellery and mesmerising eyes. And it is this Ganesha that Anantha decided to follow. But invariably, the story became more about the community that the Ganesha was welcomed in, rather than the Ganesha itself.

Anantha has studied film directing from the California Institute of the Arts. His previous work includes Hey and Ghost White

"On the face of it, Dhoolpet Ganesha is a comedy film, but upon delving deeper, one understands the sublayers," says Anantha. A lady rationalising why they are dark-skinned ("Many Gods themselves are dark-skinned, and so we get the forms of the Gods. Aren't we idols of God's creations, after-all? Aren't we made out of Earth and then go back into the Earth?" she wonders) and children chiding each other for being dark, "All these conversations seem matter-of-fact or funny but they tell us a lot about their feelings," says the director. To uncover all these layers, Anantha stayed with them throughout the festival and shot with a GoPro camera in 2013. If you too are doing the math in your head and wondering why it is only in 2018 that he put out the movie, we wondered the same. When we asked him about it, he said, "It took me three years just to make sense of the 34 hour-long footage and editing requires its own rhythm. As I sustain myself by making corporate films and marketing videos, it was hard to find that rhythm," says the director. So he took himself to places like Himachal and Uttarakhand to find some solace and time to edit the movie.

The movie has already been screened in places like Lamakaan and Heart Cup Cafe. He plans to screen at other venues in Hyderabad in the coming weeks, including at Prasads

Now that the movie is finally out for us to see, be sure to catch it because soon it is going to be the talk of the town as Anantha wants to make sure that the whole country has the chance to watch it. "I plan to take the movie to several cities and towns of India. It's going to be just me with a backpack, a projector and this movie," he says and signs off.