Are you a big comic fan? Have you figured out who you're cosplaying at this year's Comic-Con yet? You know it's coming to Hyderabad on October 13, right? But don't worry if you didn't know. You don't have to scramble to get your costume ready; we've got you covered. We reached out to Jeet Molankar, the winner of the Indian Championship of Cosplay 2018 to get further insight into this culture. "We Indians have always been cosplaying, right from dressing up as Lord Krishna to Mahatma Gandhi — basically, what we call a fancy dress competition is nothing but cosplay. There's nothing new about it, except probably the name," says Molankar.

Molankar has represented India at the Chicago Comics and Entertainment Expo, also known as the Olympics of cosplay

He himself was fascinated by cosplay, especially because he was a comic buff, hoarding comic books and filling up on pop culture knowledge, in equal measure. And when he heard that the best cosplayer gets to go abroad, he took it up with much more enthusiasm. His goal was to make a Green Goblin costume, the supervillain from the Spider-Man series. At the Mumbai Comic-Con in 2014, his costume was an instant hit and he won, and as a result, he got to travel to the Sydney Comic-Con. History repeated itself when he participated and won again and this time, got to travel to the Bangkok Comic-Con. I guess it shouldn't surprise us that the 26-year-old has made a career out of cosplay. When the cosplay culture grows, it motivates us as well

Molankar is constantly being invited to gaming events and exhibitions like Auto Expos, the Phoenix Gaming Expo in Chennai, DOTA events and more, where the lad from Mumbai and his friends make costumes and participate in them. You can also pursue a professional costume making business just like Molankar's friends who have created costumes for YouTube ads and movie sets as well. "Cosplaying is a big culture abroad, but we are catching up with it here as well," opines the Mumbaikar. But Molankar is a self-confessed procrastinator and if you have an image of him toiling over his costumes early on, throw it out the window. But he sure is quick-footed, sharp and adept at juggad. 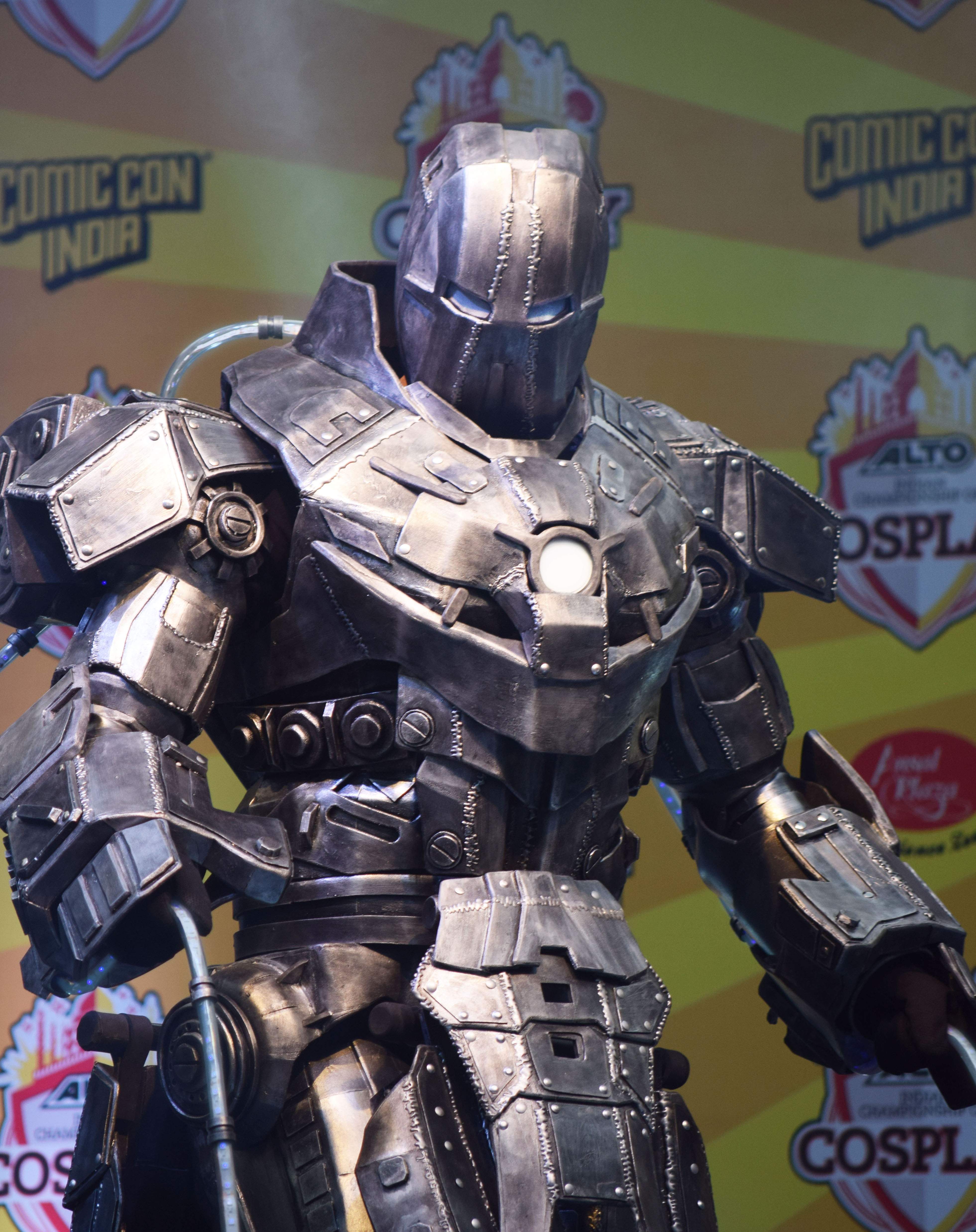 His get-up: Molankar holds a master's degree in Advertising and has pursued PGDM as well

"I have been cosplaying for the past four years, so by now, I know where to get materials from. I do travel a lot for them," he says. He narrates the tale of making one particularly challenging costume of the almost 7 feet tall Tank hero, Reinhardt (from the game Overwatch). To make the costume alone he spent about `40,000 and then some to transport it. For the height, he used a certain material to give him the elevation needed. And though the costume caused him a lot of pain, both while making and wearing it, it was worth it all, he says. After all, four months of labour went into it.

Molankar holds a master's degree in Advertising and has pursued PGDM as well. On September 23, he held a cosplay workshop at Nirvana Bistro, Hyderabad

This time, he will be cosplaying as Iron Man from Infinity War. "After winning the ICC 2018, I learnt a lot and understood how to be a professional cosplayer when I travelled to Chicago," he says as he signs off. And we think to ourselves, who said cosplay was just fun and games?

Apprehensive about cosplay? Here are a few tips from the pro:
- What's best about cosplaying is that no one judges you, so be confident
- This is the time to dig into your mother's or sister's makeup kit
- At comic cons, if people like your costume, they will come up to you and ask for selfies. Don't be shy, just oblige
- Read up about your character and stick to the original costume. If some hardcore fan at the comic con points out that you have improvised, it might be embarrassing
- If your character is grumpy, act that way. Maintain the mood