Daan Utsav, to help people get a "taste" of how good the feeling of giving is

The Daan Utsav, formerly known as The Joy of Giving Week, had more than six million participants in 2017

People often find it hard to take out enough time to do something for the society. Even if they have the time they cannot trust the platform that is collecting their contribution. Daan Utsav, a week-long celebration of giving — from October 2 to 8 — solves these problems for you. From autorickshaw drivers to CEOs, school children to celebrities, homemakers to opinion leaders and media personnel, people from all walks of life come together during this week to give their time, money, resources, or skills back to society. You even get to create your very own event!

Creating an event is as simple as filling up an online form. One can also choose to participate in an existing event. Anyone, be it an individual, an NGO or a corporate firm can create an event and post it on the website. "This year, the week is still ongoing. We expect several thousand events across India. For example, more than 50 villages in Odisha are organising seva melas. In Delhi and Jammu and Kashmir, more than 50 art workshops are being held," says Aarti Madhusudan, a volunteer from Chennai. "At least 300-500 cities, towns and villages across India will celebrate and hence it is not possible to give a list of all the programmes or the number of people participating. Our estimate for 2017 is that between 60 to 100 lakh people celebrated the festival and this year we expect the numbers to be much higher." 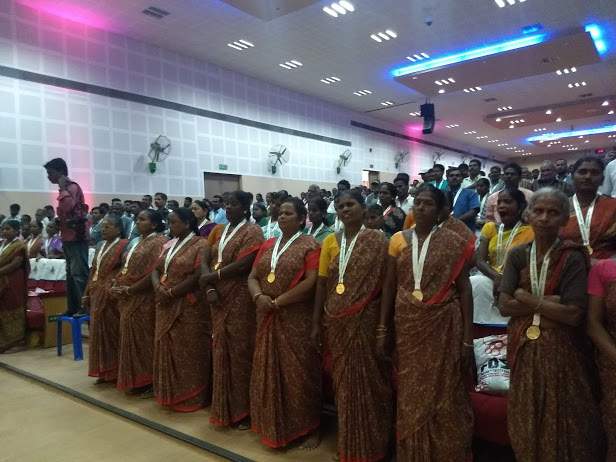 The joy of giving: The Daan Utsav, formerly known as The Joy of Giving Week, had more than six million participants last year

It is like any other festival in India — one that will let you sleep better at night. All the volunteers want is to inculcate the concept of giving back to the society among people, no matter how small scale it is, "Just like a sweet shop owner gets customers to "taste" a sweet (with the conviction that they will eventually buy once they taste the product), the belief here is that if we can get people to experience giving once, they will continue doing so throughout their lives. Hence a specific set of days with a one time call to action can help overcome the inertia," explains Aarti.

The Daan Utsav, formerly known as The Joy of Giving Week, had more than six million participants last year. "A group of individuals, a few NGOs and corporate firms got together in 2008 to create a National Giving Day in India, just like we have other festivals and celebrations. The idea gradually grew from a single day to a week and that is how DaanUtsav was launched," adds Aarti.

The festival's reach has grown since 2009 but there is no accurate way to measure it, "The idea has grown not because of anyone's efforts but because the idea inherently appeals to the people of India. Across the country, groups are spontaneously celebrating #DaanUtsav and sharing their experience with others, who in turn are getting inspired to celebrate it as well," says Aarti. "The goal in the long term is to see every Indian celebrating the festival of giving, as a part of their annual calendar. More and more schools, corporates and institutions have started marking their calendars with the DaanUtsav dates and the hope is to see this get universalised."