The 560 sq structure made of steel and fibre board was constructed by Vatakara-based NGO, Thanal while its design was developed by URVI Sustainable Developers

The devastating floods that hit Kerala two months ago is something no Keralite will forget, probably not in their entire lifetime. Not just because of how terrifying it was but also because it brought people together like never before. In the face of panic and horror, the state managed to embrace each other and fight it together.

Wayanad was one of the worst-hit districts which left scores displaced and homeless. In order to help the homeless and displaced, Vatakara-based NGO, Thanal and URVI Sustainable Developers have built flood-resistant homes to help the flood victims. While the blueprint of the house was developed by URVI, Thanal took charge of the interiors and the manpower required.

"The idea of a flood resistant home occurred to us after visiting the affected areas. Some of the houses we saw get submerged every year during the monsoons, this time wasn't the first. So we wanted to come up with an effective plan to help people in the low-lying areas as a long-term solution," says one of the officials working with Thanal.

The prototype of the house, which was built in just 10 days cost them Rs 4.5 lakh. The 450 sq structure made of steel and fibre board has an elevated floor which stands on 12 poles allowing water to pass through it.  "It is a very cost-effective model when compared to the construction of a regular home. The present design consists of a living room, veranda, dining room, two bedrooms, a common washroom and an elevated entrance to the house," says the official. 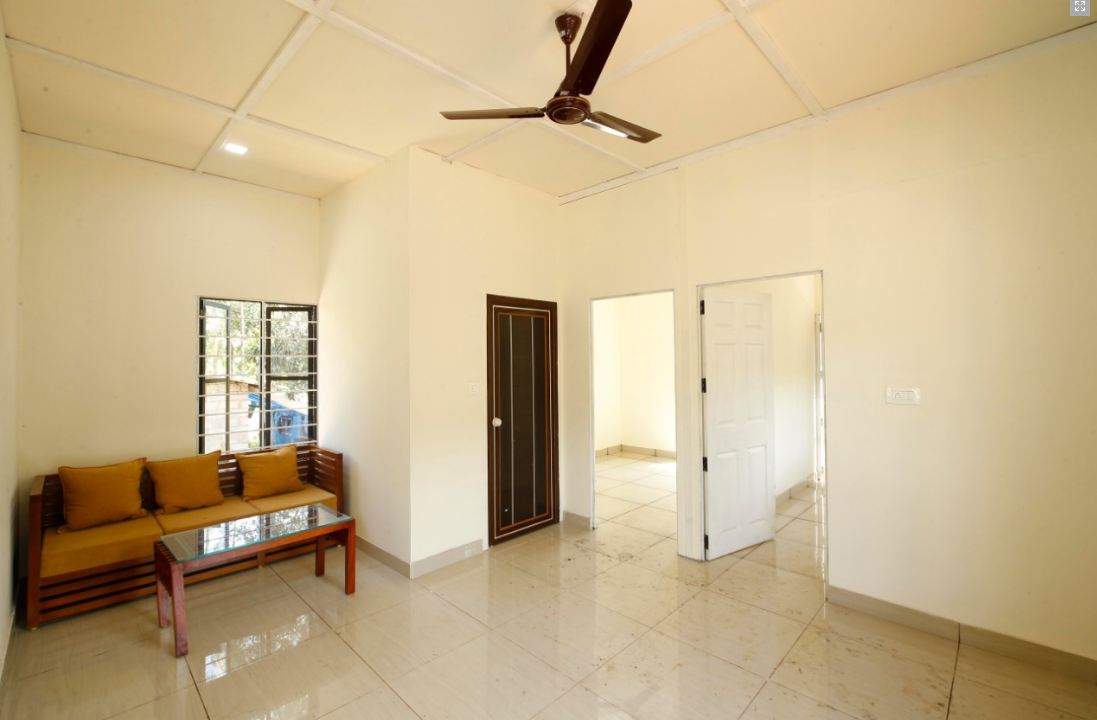 A roof above: The 560 sq structure made of steel and fibre board has an elevated floor which stands on 12 poles allowing water to pass through it

The first successful model was handed over to 70-year-old Fathumma in Pozhuthana village whose house was swept away in the flood, "As part of our rehabilitation effort, the foundation along with the local panchayat decided to construct more such houses for the displaced. We have identified 70 such houses and bought one acre of land to rehabilitate these families," says the official who works as a freelance finance consultant.

Thanal was set up in 2008 as a destitute home and they have expanded their charitable ventures ever since,"Thanal has 22 such social ventures including that of a special school and a dialysis centre. Ever since the inception of the foundation, the public has been very supportive and currently we rely on sponsors and funding to construct these flood-resistant homes," he adds.

The NGO is currently constructing 16 such homes which would be given away to the identified families soon, "The key to the house would be handed over to the families soon and if we continue to get support from our sponsors and government, we will construct more such homes in the future," says the official when asked about their future plan.