HelpUsGreen collects 8.4 tons of floral-waste from temples in Uttar Pradesh, India on a daily basis

As Ankit Agarwal sat with his friend on the banks of the Ganges in Kanpur, amidst people performing Suryanamaskaras on a chilly morning of 2015 they watched aghast as devotees drank and bottled up the river water despite the evidently visible muck. In spite of being one of the most revered water bodies in India, they started wondering why this river was turning carcinogenic. This thought inspired him to form HelpUsGreen, with his friend Karan Rastogi, an organisation to clean the floral-waste from the Ganges and handcraft it into incense and biodegradable packaging material.

It is easy to place blame on the tanneries, factories and sewers that indiscriminately dump their refuse into the river. But do we ever look at the flowers? "While explaining the complexity of the problem to my friend Jakub, I shrugged it away telling him nothing really can be done about it. While we gazed at the dirty water in culpable silence, we saw the colourful flowers being dumped from the temples nearby turn into mulch as they accumulated," says Ankit. "Something had to be done about this. Research revealed to us that most of these flowers that end up at the temples are full of pesticides and insecticides." Once the flowers reach the waters of the river, the chemicals wash off, mixing with the water, making toxic compounds, suppressing the oxygen level and thereby gravely threatening the marine life. 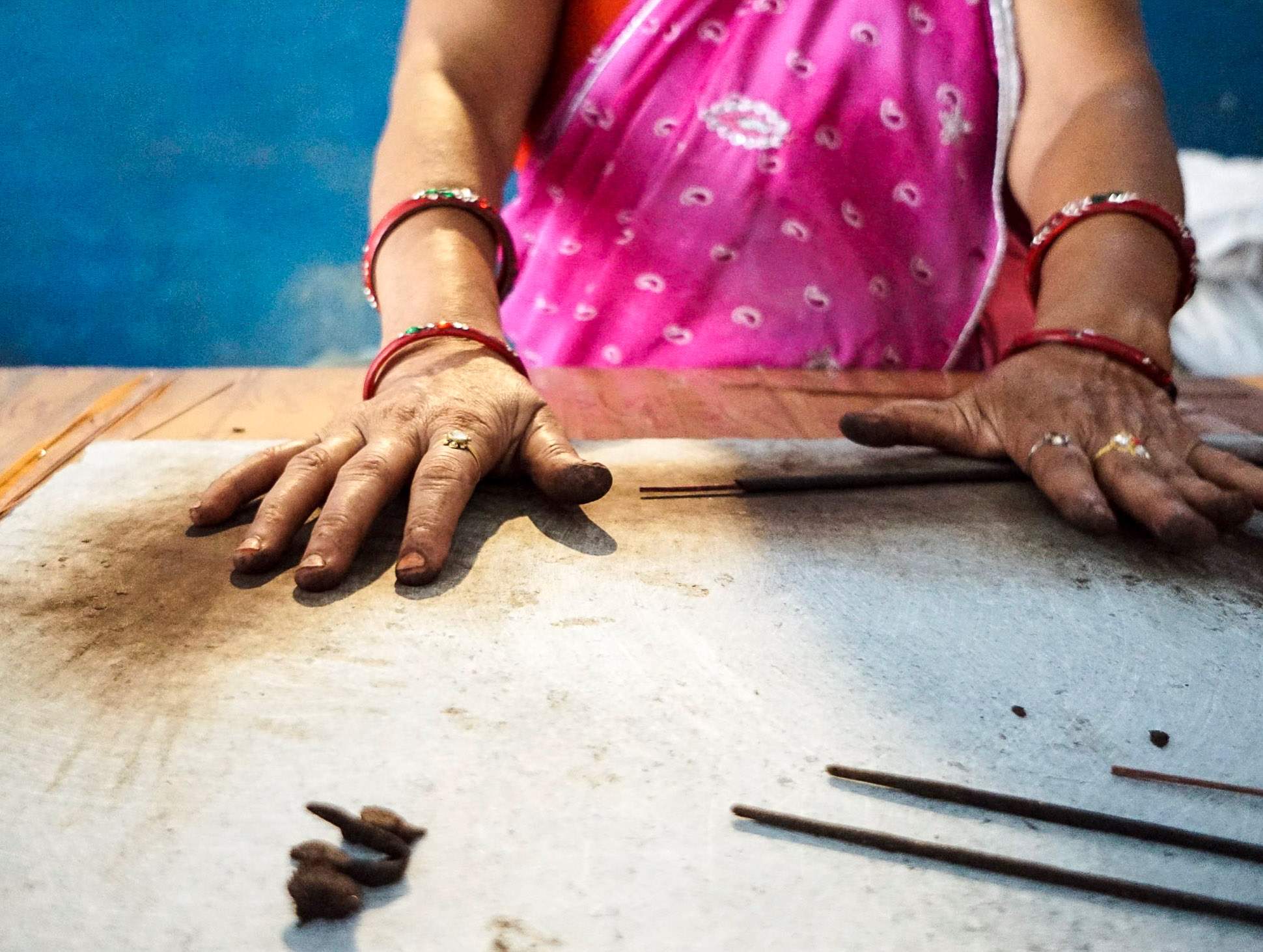 Power to you: Women clean the floral-waste from the Ganges and handcraft it into incense and biodegradable packaging material (Pics: HelpUsGreen)

HelpUsGreen collects 8.4 tons of floral-waste from temples in Uttar Pradesh, India on a daily basis. These are then handcrafted into charcoal-free incense, organic vermicompost and biodegradable packaging material through our ‘Flowercycling’ technology. "All our products are handmade by the women flowercylers, providing them predictable and healthy livelihoods. HelpUsGreen is the first profitable and lean solution to the monumental ‘temple-waste’ problem," explains Ankit.

Like every budding idea, this too faced hindrances. The idea of further using wasted flowers seemed ludicrous. "We had to toil to convey our idea of recycling the temple waste because nobody was willing to take it seriously or give up their floral waste. But our simple idea became a roar once it set rolling," he says.  Karan and Ankit spent hours experimenting, meeting various stakeholders and pitching the idea of managing temple waste in the country. A year and a half and countless hours in a makeshift laboratory later, flowercycled incense and vermicompost were conceived and crafted. The mission to preserve the river Ganges and empower vernacular people by providing a means to earn their livelihood became a reality. 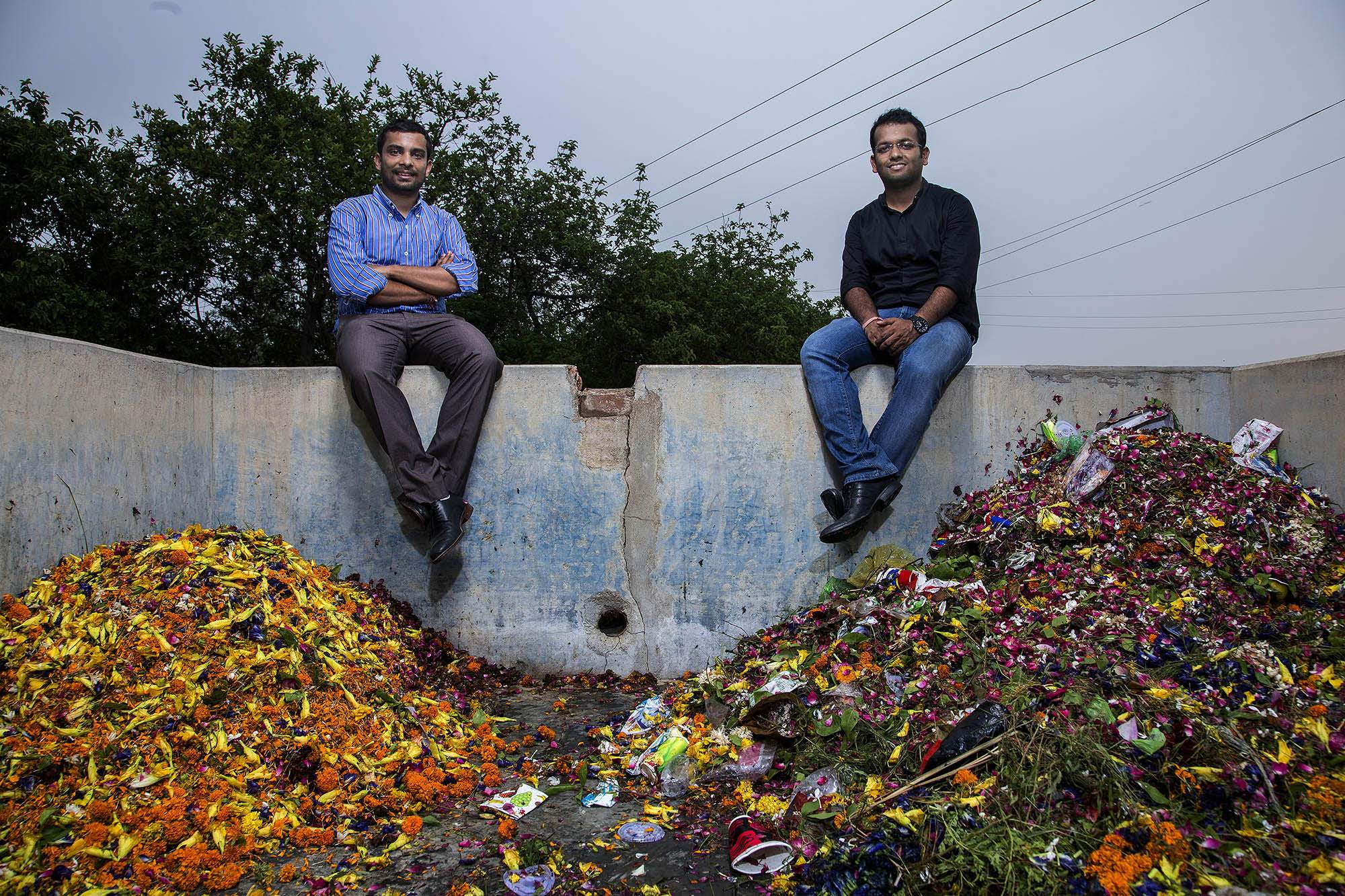 The women are their real heroes. They stood up in support when we truly were in need of it. "For a long time, we had to find a group of people willing to work with us on the idea, and we were immediately dismissed by many showing reluctance to work near the garbage all day," says Ankit. "However, these women joined us with such inspiring enthusiasm, and they have passionately been a part of the mission since."

In the near future, HelpUsGreen plans to set up offline stores in at least six major cities. By 2020, they plan to provide employment opportunities to about 1000 women and progress towards eradicating manual scavenging.

As Indians, we all observe the subtle working of cast division in our society. "I grew up in Kanpur, and was a witness to many such instances where we look down upon the so stratified marginalised communities. The exploitation and degradation it gives way to is sad, to say the least. And I think I have been fortunate enough to get a chance to do something for them," opines Ankit, who holds a Masters degree in Innovation Management from SIBM, Pune.