After 2 years of Demonetisation, 9 out of 10 Indians are hooked to digi wallets, but debit cards still rule

According to a survey, 6 out of 10 individuals have a very good experience using e-wallets. Approximately 9 out of every 10 e-wallet transactions are used for mobile recharges

As demonetisation turned two on November 8, a pan-India study revealed that 9 out of 10 urban Indians are using e-wallets or mobile wallets for their daily monetary transactions. The study shows that there is a tremendous increase in the users of e-wallets, particularly in the past 12 months. The national study was conducted among a sample size of 2,455 respondents and covered prominent Indian cities including Delhi, Kolkata, Mumbai, Bangalore, Hyderabad Chennai, and Pune by market research firm Velocity MR.

Though almost 90 per cent of the population make their monetary transactions through the ‘cashless’ mode, not all find e-wallets a better option. "I mostly use online banking facilities. It gives me the same benefits these apps provide and I find it safer," says Aranya Bhattacharya, a research scholar at the Saha Institute of Nuclear Physics in Kolkata. 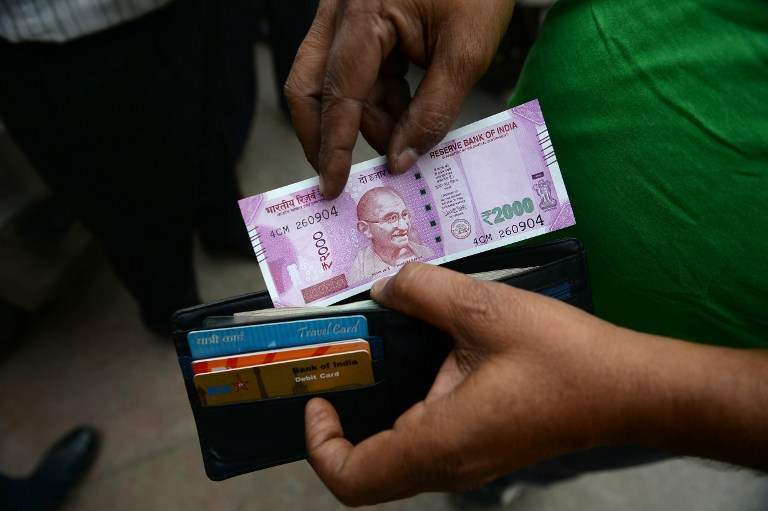 Cash out: Though almost 90 per cent of the population make their monetary transactions through the ‘cashless’ mode, not all find e-wallets a better option (Pic: TNIE)

The study goes on to say that every 6 out of 10 individuals have a very good experience using e-wallets. But this can hurt if you're lower down the economic food chain, "For recharges and paying electricity bills Paytm was a good option but not when it comes to getting paid from my customers," says Abhijit Koley, who drives Ola and Uber cabs and also works for Jet Fleet. "Be it Paytm or Ola Money it is a lot of hassle now to activate an account. They want an Aadhaar card and then you have to go and verify it. People like us do not have that much time to spare," he adds. Payment of hire cabs with e-wallets is a problem in most of the cities in India. The drivers complain that the company does not pay them unless they get their accounts verified, and the process allegedly takes eons to complete. Other merchants are just clambering on because of the freebies on initial offer — but do see the merits of convenience, "I put up the Paytm sticker because there was some promotion going on. But now it has made life easier. I have to visit the bank fewer times. That definitely helps," says Jagannath Sahu, a tea vendor.

So which wallet is the best? Or at least, best known? Apparently, Paytm wins that hands down. Almost all of the respondents (97 per cent) are aware of Paytm. A lower but similar level of awareness (6 in every 10 respondents) is witnessed for Airtel money, Freecharge, and Mobikwik. "I have been using e-wallets pre-demonetisation as well but the intensity has obviously increased since the note-bandi," says Soham Bhattacharya, a PhD student at ISI Bengaluru. Cashless mode: Every 6 out of 10 individuals have a very good experience using e-wallets (Pic: TNIE)

The government's move to do away with the old 500 and 1000 rupee notes has resulted in a windfall for these wallets. Adds Jasal Shah, Managing Director and CEO of Velocity MR, “With an estimated 230 million smartphone users in India, improved internet speed and declining handset prices, mobiles have become the primary device shaping our daily lives by changing how customers search, purchase and pay for goods and services. Mobile digital payments have increased rapidly post demonetisation, and mobile wallets have contributed immensely by taking mobile payments right into the hands of end customers. With the push from government and innovations, mobile wallets are expected to grow further in near to mid-term.”

Many people still prefer using debit or credit cards, internet banking, etc. as their preferred mode of payment. The usage of credit cards, 3 out of every 4 (75 per cent) is observed to be the highest among the people who have monthly personal income between Rs 1.5 to 2 lakhs whereas people having a monthly personal income around Rs 75,000 mostly prefer to use debit cards, 9 in every 10 (91 per cent) over other modes of payments. In the past 3 months, approximately 85 per cent of the people have made around 50 per cent of their monetary transactions in the ‘cashless’ mode. E-wallets are mostly used for mobile recharges (9 out of 10), followed by paying the utility bills (8 out of 10). The source of awareness of E-wallets through social media is seen more in the youth (69 per cent) as compared to that of the adults.