How Indian Youth Cafe could be the co-working space every start-up is looking for!

Started by Sehaj Sahni, the project is a huge hit among youngsters who need space to eat, chill and make their ideas come to life — with free wi-fi

Indian Youth Cafe, based in Chennai, is an experiential project designed to provide co-working public spaces that support the aspirations and the talent of many young artists, change-makers, creative workers/entrepreneurs, start-ups and independent businesses.

Now you might ask, 'What does all this mean?' Let's simplify that for you.

If you are searching for a place to sit with your co-workers and discuss ideas and unfortunately you can't afford to go to a cafe or someplace expensive, then Indian Youth Cafe's very own Urban Desi House Cafe (In Chennai's Thoraipakkam) will let you do just that. Here's the best part: it is dirt cheap. "We think, design, create and manage social spaces that are empathetic to the youth of today - youth who’re change-makers, entrepreneurs, artists, or your average weirdos who wish to change the world, one community at a time. We wish to remove the entry barriers for first-generation entrepreneurs/local/independent businesses by providing spaces at affordable rates," says Sehaj Sahni, founder. 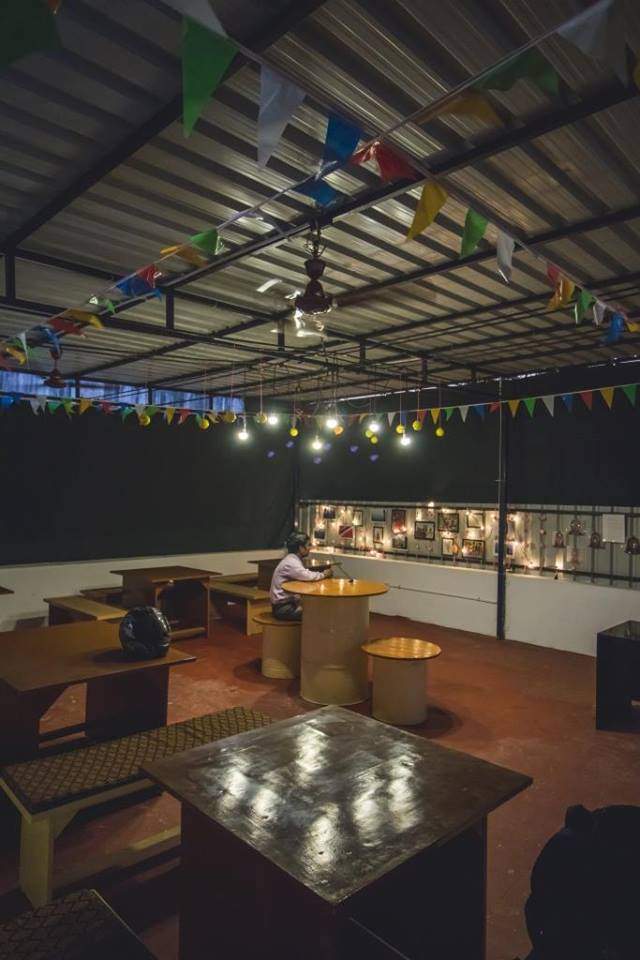 Sehaj's co-working space offers free wi-fi and serves food and beverages throughout the day at the cafe — so you can order away when you feel too emaciated after discussing your pathbreaking ideas. The work environment is also something to look forward to - they play good music to make things groovy and light! "The youth between the age group of 15-24 years can't afford to pay their own bills most of the time, how would you expect them to rent a space or pay for just sitting there and discussing their plans for a company they want to create and own? We are trying to help these young people by providing them the space for free and enabling them to fulfill their dreams," says Sehaj.

The Cafe also lets aspiring, small-scale artists rent out space at Urban Desi House for a day or on an hourly basis. For the terrace and the portico area they currently charge Rs 700 per hour and if you want the entire space then it's Rs 1000 per hour. "While helping young people we are also making money in the process, which helps us as a start-up to increase our revenue," adds Sehaj.

Plenty happening for the creative soul

They also have a fair share of collaborative events which help young start-up founders network and expand their ideas, "We have supported a lot of communities, start-ups, and NGOs from Chennai like Chennai Comedy, Trooze, League of Indie Filmmakers, Bhumi,  pop-up shops of start-ups like The Paper Dolphin. We have also held many micro-collaborative music jams and curated events like Young Weirdos Meetup — a gathering of young people looking to meet similar and open-minded youth and discuss and understand youth issues like gender fluidity, feminism, civic engagement, underemployment, etc. We have also curated and supported many visual artists from Chennai through a continual exhibition called #OpenArt," says Sehaj, speaking about their journey thus far. Calling all youngsters: Here's a co-working space you might be looking for

A need to help people start-up

But why would someone go to the trouble of setting up a place like this? Sehaj had a troublesome adolescence with the majority of his secondary education in the city of Patna - where he observed all of his friends having to choose between engineering and medicine. He also witnessed firsthand how one of his good friends succumbed to the pressure of working in a day job and not getting to do what he wanted - which was creating his own company.

This brutal experience led Sehaj to research extensively and create spaces that support the aspirations of young people. Sehaj, who is based in the city, took a personal loan and added his savings to the pile to start Urban Desi House, in the latter half of 2015. The cafe is so much more than your average food joint, or co-working space. "We have a community team which looks after brainstorming and designing events which cater specially to today's generation called Y- Echo boomers. We have seen tremendous excitement among the Youth to use the space for co-working, hanging out and other intellectual needs," says Sehaj.

What's next? Co-living. Bring it on!

In order to keep their revenues rising, Sehaj also came up with the idea of providing co-living spaces — a concept that is not so prevalent here yet but is well-known in European countries. What they do is call up the builder or the concerned association if they find an unused space that can be used for other operations. Following this, if the concerned authorities accept their proposal, Sehaj sets it up and helps them rent it out, which in turn helps his company and the landowner. "We have not yet provided co-living spaces to the youth, but we will do so soon," he explains.

How have the urban young responded to this initiative? "The response has been splendid, to say the least. People love coming to our space and have some great food while also engaging in some meaningful conversations. With more than 120 micro-collaborative events till date, people from all over Chennai visit us. We have also been rated as best places to hang out on a low budget on many social media platforms in Chennai," said Sehaj, beaming with pride.

The young entrepreneur added that while coming up with the Indian Youth Cafe project, he had thought of it as covering a wider spectrum - their mission is simply to bridge the offline disconnect among the youth. With so many people constantly stuck in their laptops and mobile phones, we certainly hope he makes some headway with that!