Not a cooking show, this time Chef Vikas brings you a film about the widows of Vrindavan

You might have seen him hosting shows like MasterChef India, Coastal Curries, Twist of Taste and National Geographic’s Mega Kitchens or might have read his cookbooks. Vikas Khanna is a man of many talents and clearly, he is not slowing down anytime soon. The James Beard Award Nominee and award-winning author has now donned a new hat. If you're guessing that he's written a cookbook or hosting a cooking show, then let us tell you, that is not the case this time. The Amritsar-born chef is now making headlines for his first work of fiction, 'The Last Color', a novel that talks about destitute widows of Vrindavan – to whom even the simple joy of colour is denied. The book revolves around the age-old tradition of not allowing widows in Vrindavan to play Holi. The book published by Bloomsbury India is all set to launch on May 18. 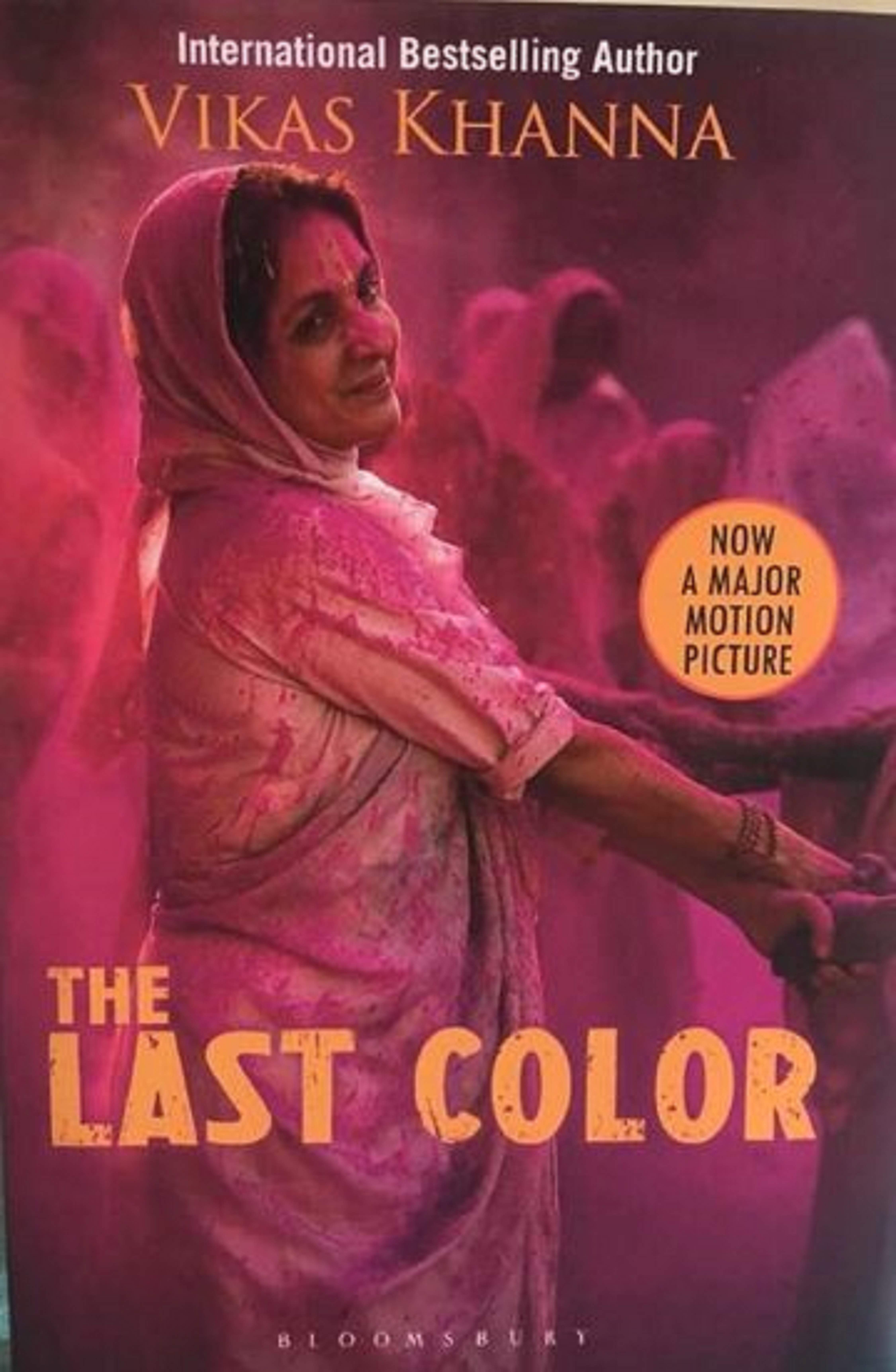 Ugly truth: The Last Color tells the story of Noor, a widow who wishes to play Holi but is forbidden by tradition

Vikas who has been featured on the covers of Forbes Life, Good Housekeeping, Men’s Health, GQ and many more directed the movie of the same name and it was unveiled at the Cannes Film Festival held recently. The film features National award-winning actress Neena Gupta in the lead role. But what inspired him to write about such a sensitive topic and make a film on it? " I had written the book in 2011 when I was shooting in Vrindavan and was also researching for my cookbook 'UTSAV'. I was drawn to the stories of some widows who were not playing Holi. I couldn't forget the sight, especially when I saw an elderly woman lying on the colour-filled ground but laughing and crying at the same time. That’s when I came up with the idea. But the visits to the ashrams of Vrindavan and Varanasi gave me more stories for this celebration," says a thoughtful Vikas, adding that the film is a complete adaptation of the novel.

According to him, one of the challenges he faced while researching the topic was being able to tell a simple story of friendship and promise without adding complex layers about the issue itself. "While writing the book, the idea of making a film out of it never occurred to me, I never had the time. I realised later how much the subject means to me when during my continuous travel I would meet women in Vrindhavan. I was convinced that nobody would be as close to the story as I am. I don’t know what impact this book or the film will have on the society. We set out to tell a simple story of promises, resilience, love, and friendship," he adds excitedly. 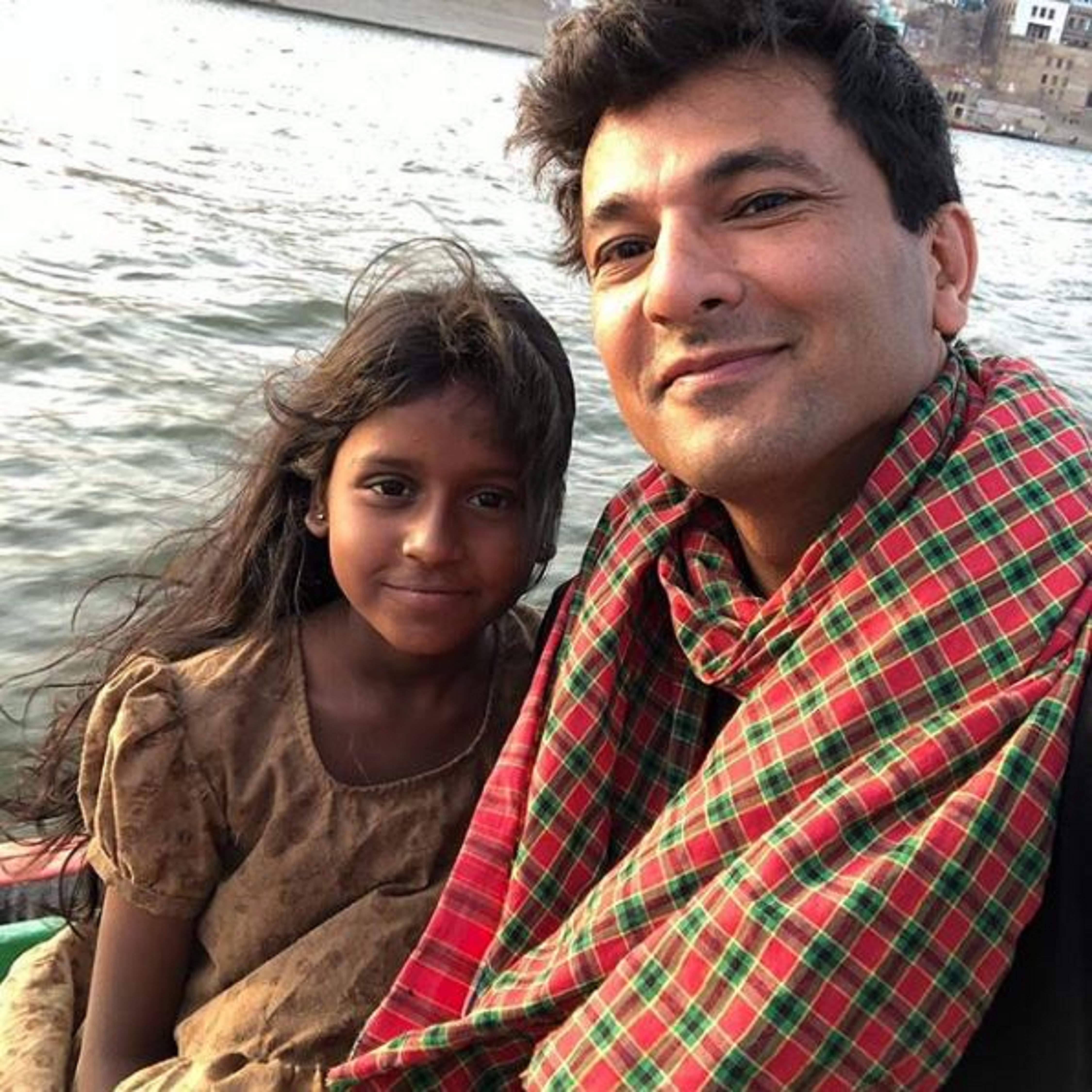 Small wonders: Vikas Khanna along with child actor, Aqsa Siddiqui during the shoot of the film

Vikas says that Neena was his obvious choice to play Noor (a character in the book who is a widow in Vrindavan and wishes to play Holi but is held back by tradition). He also adds that most of the dialogues in the film were inspired by the real-life conversations he had with the women there, "There was a 90-year-old woman from Bengal, she once said that she used to play Holi like Radha (Hindu goddess) and we have actually incorporated that dialogue in the movie."

Talking about her character Noor, Neena Gupta says it was not easy to play Noor. "Whenever you play a character, you think of a role model, you think of who is like that around me or have I met somebody like the character. For Noor, I started preparing in my own way. I started by talking slowly, walking slowly— these were some ways that helped in slipping into the character because I could not find a role model. I told myself that I should now be like that for a while, at least physically. And then when I went to Banaras and wore my costume, I forgot about everything. I was flowing like river Ganga. All I would say is that it came to me on its own and I felt good about it," she said.

Neena Gupta has directed Lajwanti and Bazar Sitaram (1993), which won the 1993 National Film Award for the Best First Non-Feature Film

The film got a good response at the 71st Cannes Film Festival. The film is likely to do a round of festivals for a year before its theatrical release.