Life and times of kids on the street in Hyderabad, as told by a survey done by ARUN

A comprehensive survey conducted by ARUN, Hyderabad tells us about the ground reality of the street children in the city. We find out more about the survey

There are 28,491 invisible children in Hyderabad as of 2015-16. By invisible we mean children we chose to ignore. The ones who beg on the streets or sell balloons near traffic signals and ultimately call the streets their home. These numbers have been revealed through an extensive survey conducted by Save the Children, UK Aid Direct and Association for Rural and Urban Needy (ARUN), an organisation that offers to take up unused rooms in government schools and start residential spaces for street children under their project, Rainbow Homes Program.

Rainbow Homes currently has 19 homes in Hyderabad. About 1,800 street children live in these homes. The foundation has its presence in seven other cities of India, which together house about 3,804 street children

"All these Anti-Begging Acts and city beautification projects have only created anxiety among the poor as authorities don't want them to be seen on the streets," says Anuradha Konkepudi, the Executive Director of the Rainbow Homes Foundation, ARUN. So, between September 2015 and January 2016, 20 surveyors went about surveying 150 wards of Hyderabad. And after several days of data entry, compilation and analysis, the Census of Street Children Report 2016 was ready. While 69 children refused to participate in the survey, the survey is an analysis of 28,491 children in the city who live and work on the streets. 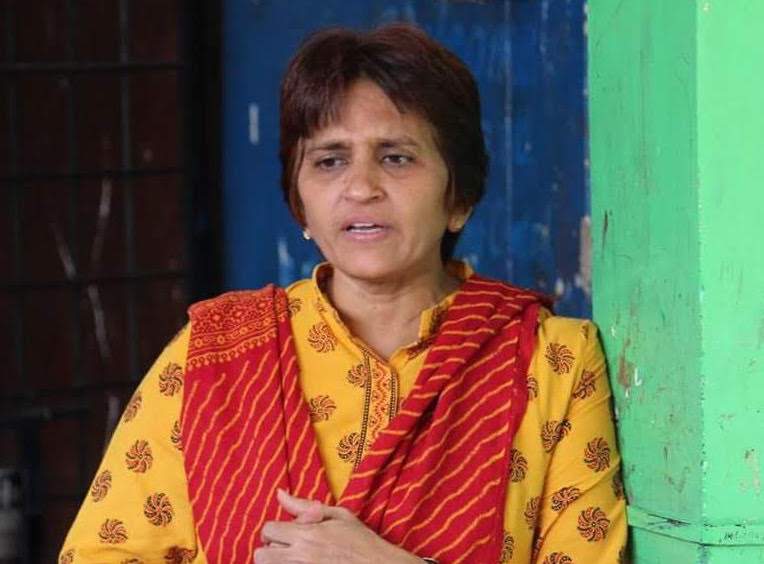 There is no focus to include street children into the rights-based framework. Even the Right to Education Act doesn't have the mechanism to reach them. There should be a special framework to bring these kids into the folds of education

A major challenge that they faced while conducting the survey was that most of the children don't stay in one place. The surveyors made up for it by visiting wards two to three times to catch up with them. Anuradha also feels that they were not able to document the aspect of sexual abuse very well. "Asking for this kind of information requires time and longer association with the child. They need to not only recall and relive these instances but also need to understand that sexual abuse is not normal, as they might have come to believe," says Anuradha.

Among the grim numbers on the report, we ask Anuradha if there is some positivity?, "They are alive and have survived adversities, not because of our greatness, but because they are survivors," she says. "None of them begged us to take them to our shelters, in fact, they don't like going with strangers for the fear of being trafficked. They are not ready to sell their self-esteem," she says, saluting the spirit of these children. 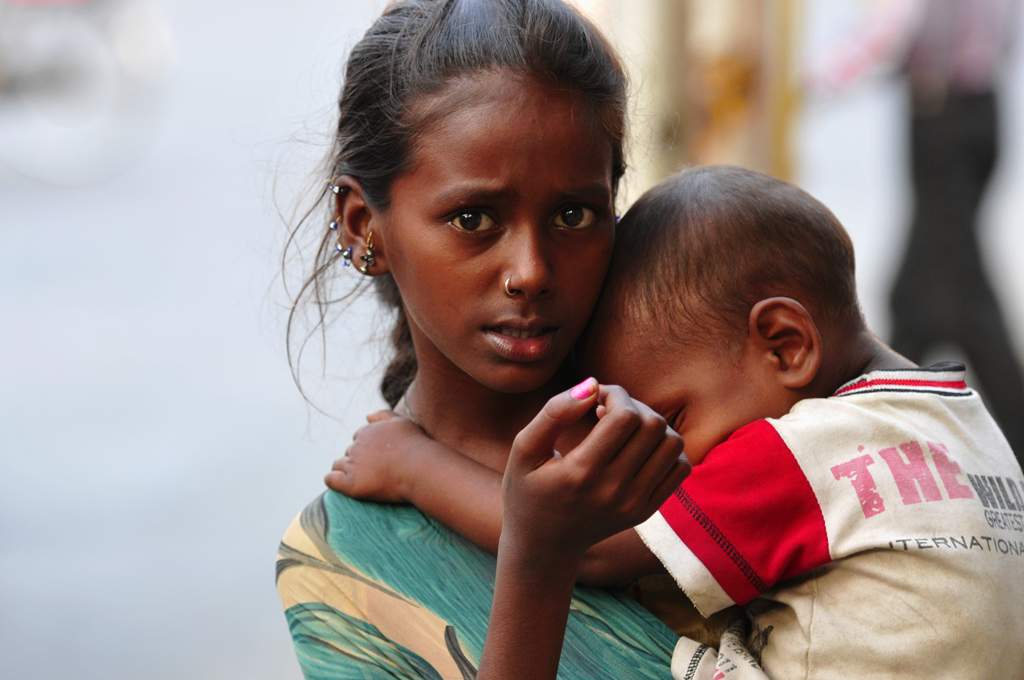 In touch: 90% of children living on the streets are still in contact with their families

As per the report, these are the interventions that ARUN suggests -

Right to rights
As a signatory of the United Nations Convention on the Rights of the Child, India needs to ensure that the rights of all children, including those on the streets, are secure. A specific policy framework should be introduced that recognises their distinct condition and needs. The policy framework should guide and inform them about all government interventions affecting street children. This framework should also indicate programmes that would help them access their legal rights and explicitly state how various policies and laws work for the needs of these children

For the younger ones
Ensure that free, accessible, simple and expeditious birth registration is available to all street children of all ages. Also, sensitise state machinery about street children and ensure that they are not rounded-up like animals. For 0 to 4-year-olds, mobile creches (space where daily-wage labourers can leave their children while they are at work) are needed. Integrated Child Protection centres are needed too and are non-negotiable. Ward-level child protection committees are required. A network of drop-in shelters with healthcare, deaddiction and rehabilitative services are needed as well

More shelters
Evoke the provision of aftercare services for older children as specified in the Juvenile Justice (JJ) Act. Children between 9 and 14 years should be covered under both the Right to Education Act and JJ Act as far as the development aspect is concerned, while Protection of Children from Sexual Offences Act and Child Labour Act can act as preventive measures. Appropriate budget allocations should be made to deliver comprehensive care to street children. Parenting education and counselling should be provided to homeless parents and those of street-working children

Some of the statistics from the report 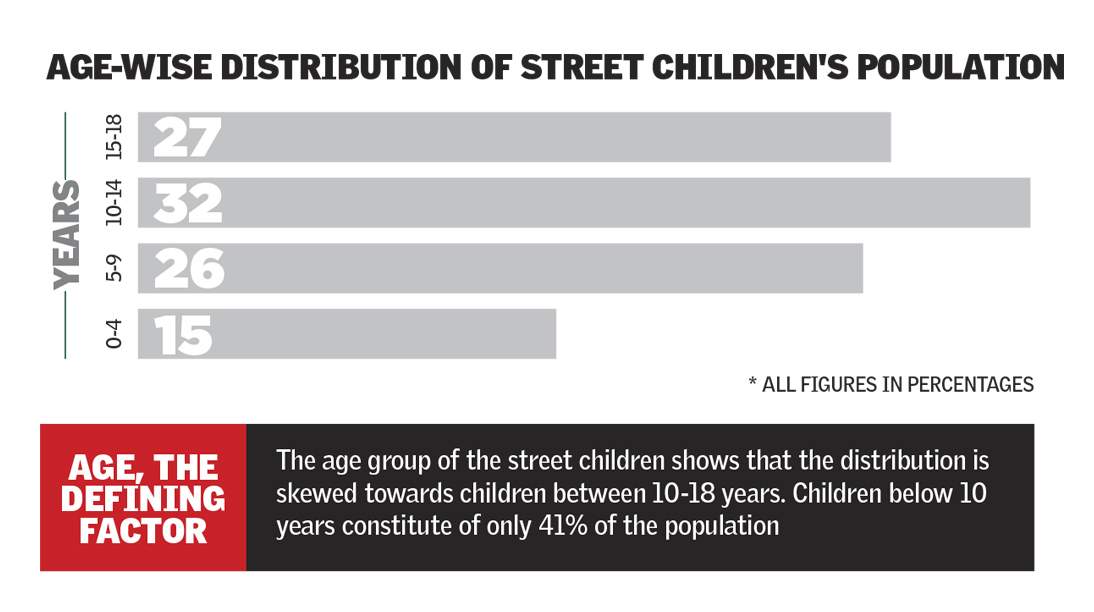 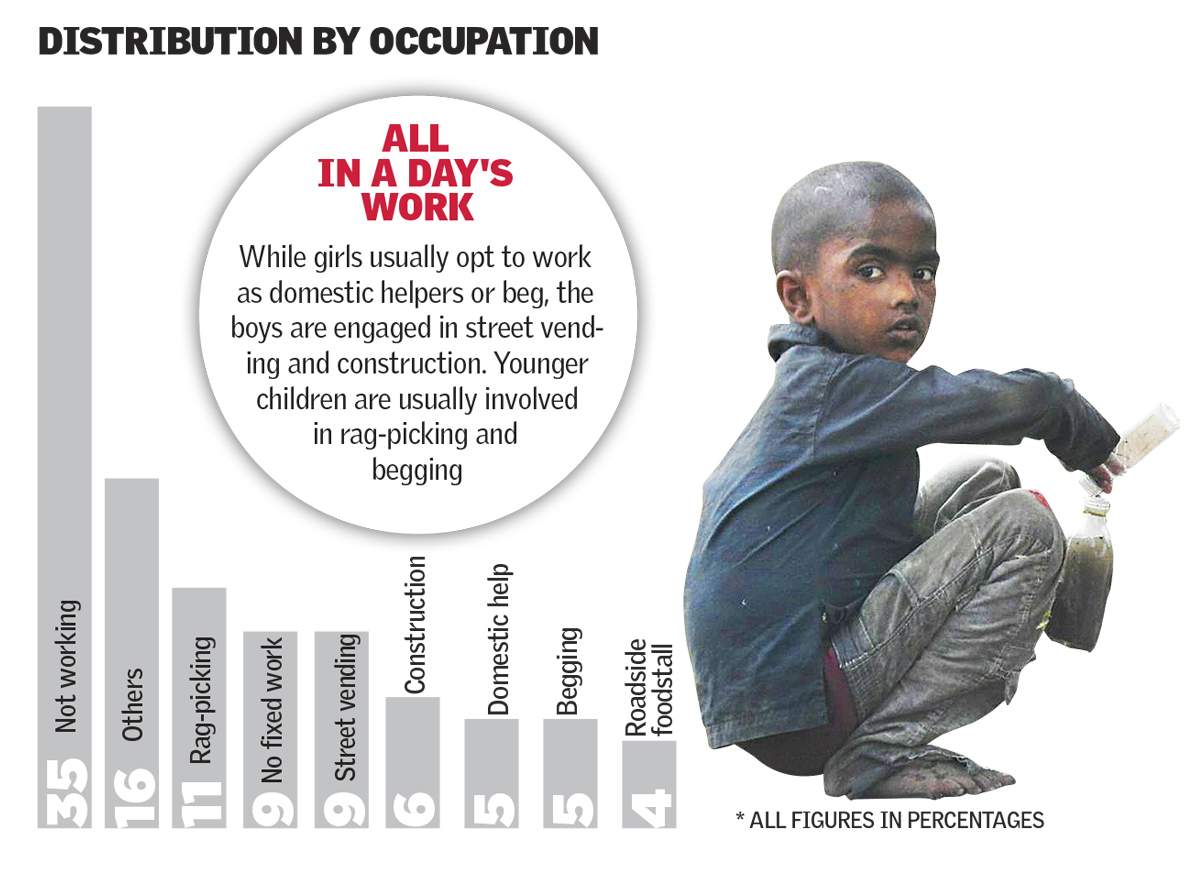 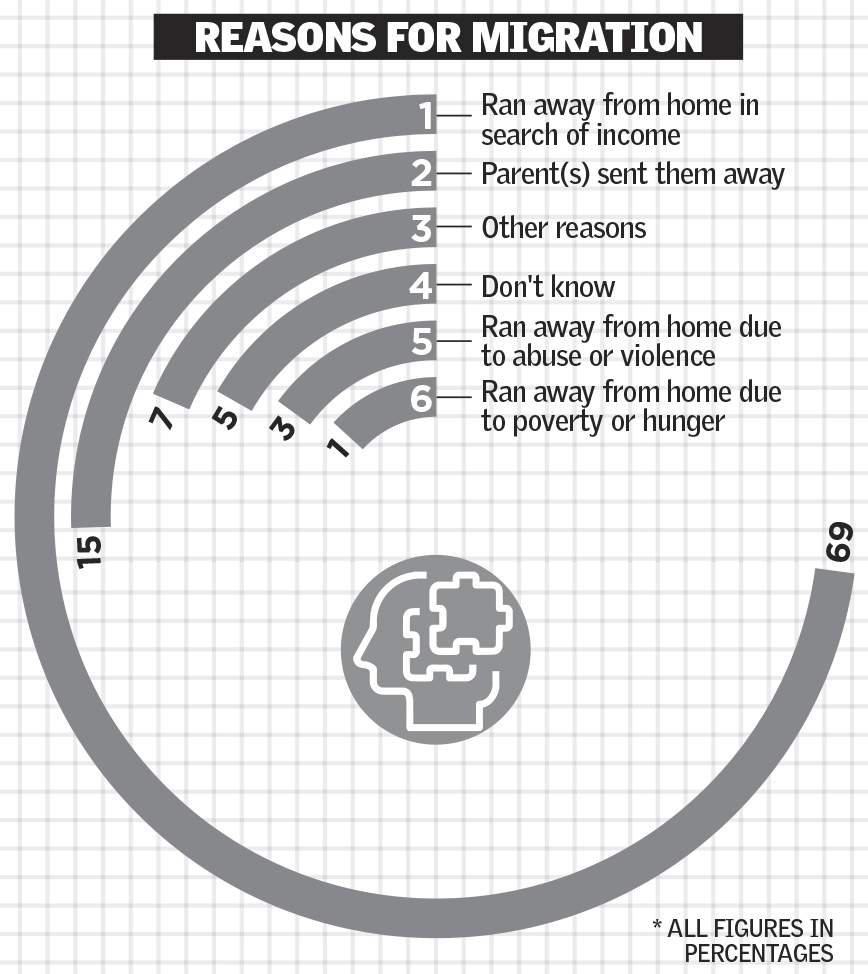 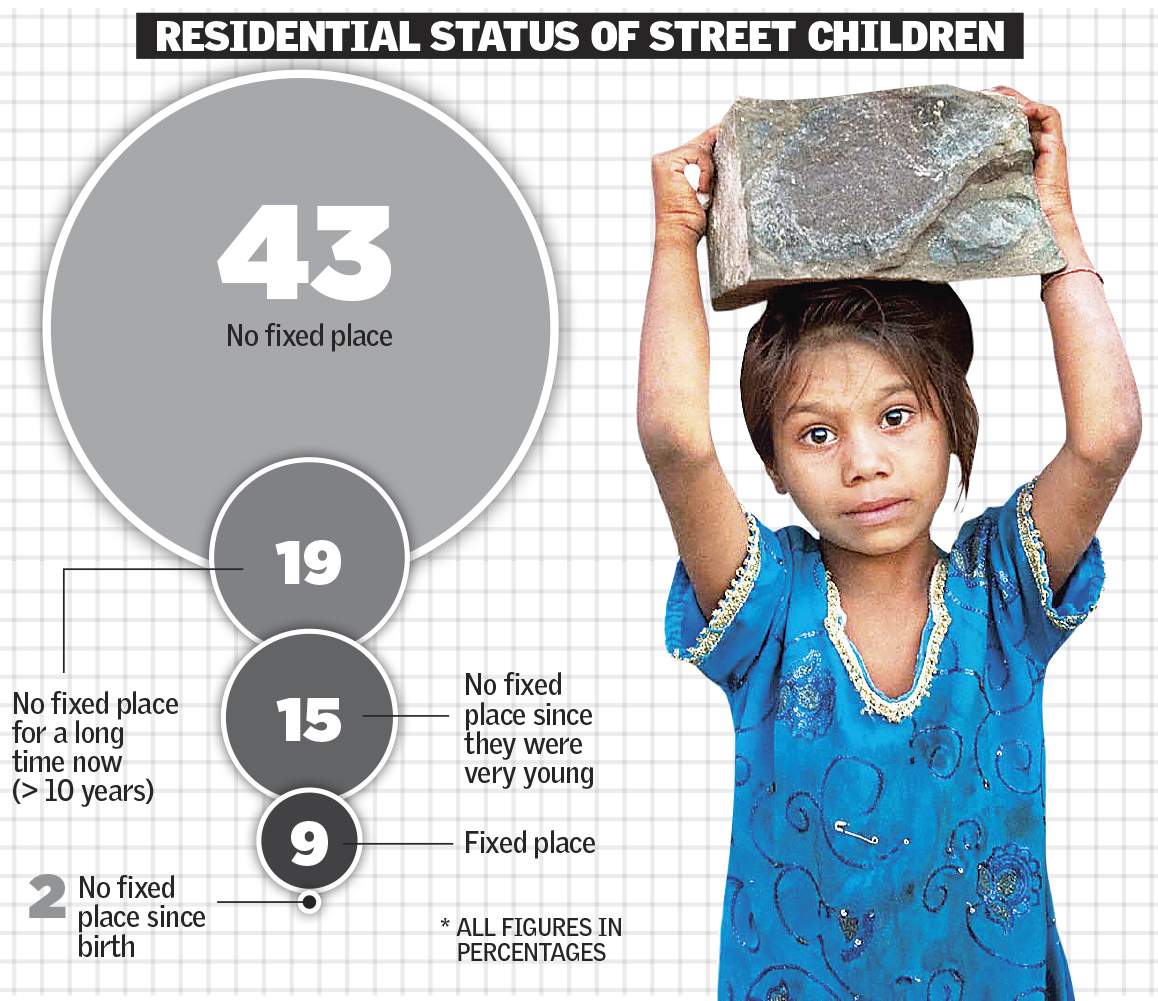 (All data and statistics taken from Census of Street Children Report, Hyderabad, 2016 by ARUN)