Discrimination isn't new for transgenders. When the discussion of sexualities is still considered a taboo, a group of artists came together to try their hand at creating a difference. Hence, their initiative Aravani Art Project was born. Two years down the line, the group has painted many walls and brightened many lives, while spreading the message of gender sensitivity and creating safe spaces for transgenders and others to coexist, thus making the world a better place to live.

"I started Aravani Art Project out of curiosity. I believe that gender shouldn't be the reason to discriminate someone," says Poornima Sukumar, the project's director. A freelance artist based out of Bengaluru, Poornima’s journey began when she realised that there are many things in common with her and transgender women. "The struggles that we go through are similar, but theirs are much harder. I wanted to understand the reason behind that difficulty," she says.

Transgenders opening up to us has happened very organically. It is just like making friends in college. No one shares their problems with you on Day 1. We hang out, watch movies and talk to each other. The stories that come out in those moments are way stronger

For someone who prefers to express herself through art rather than spoken words, Poornima decided to address the issues through art and it turned out to be a good idea. With the help of four other artist friends of hers — Sadhna Prasad, Shanthi Sonu, Priyanka Divaakar and Viktor Baskin Coffey — they formed Aravani Art Project to create safe spaces through art. "Art is a really nice way to get to know people by not intruding into their struggle. It is very effortless. Also, art makes you calmer and lets you have many fun conversations," says Poornima.

And have they faced any kind of difficulties in these two years? Definitely a few, says Poornima. She feels that she still hasn't dealt with the people's problem of accepting transgenders as a part of the society. "Why does everybody think that work has to be done for the community? In reality, work has to be done to change our mentality. Transgenders have always been themselves right from the beginning, but they're not accepted. That mentality has to be changed and it is very tough. We have to fight against years of discrimination," she says. The other problem is the expectation of miraculously fast results from the projects. "People expect the result of these projects to be instantaneous. But that doesn't happen," says Poornima. 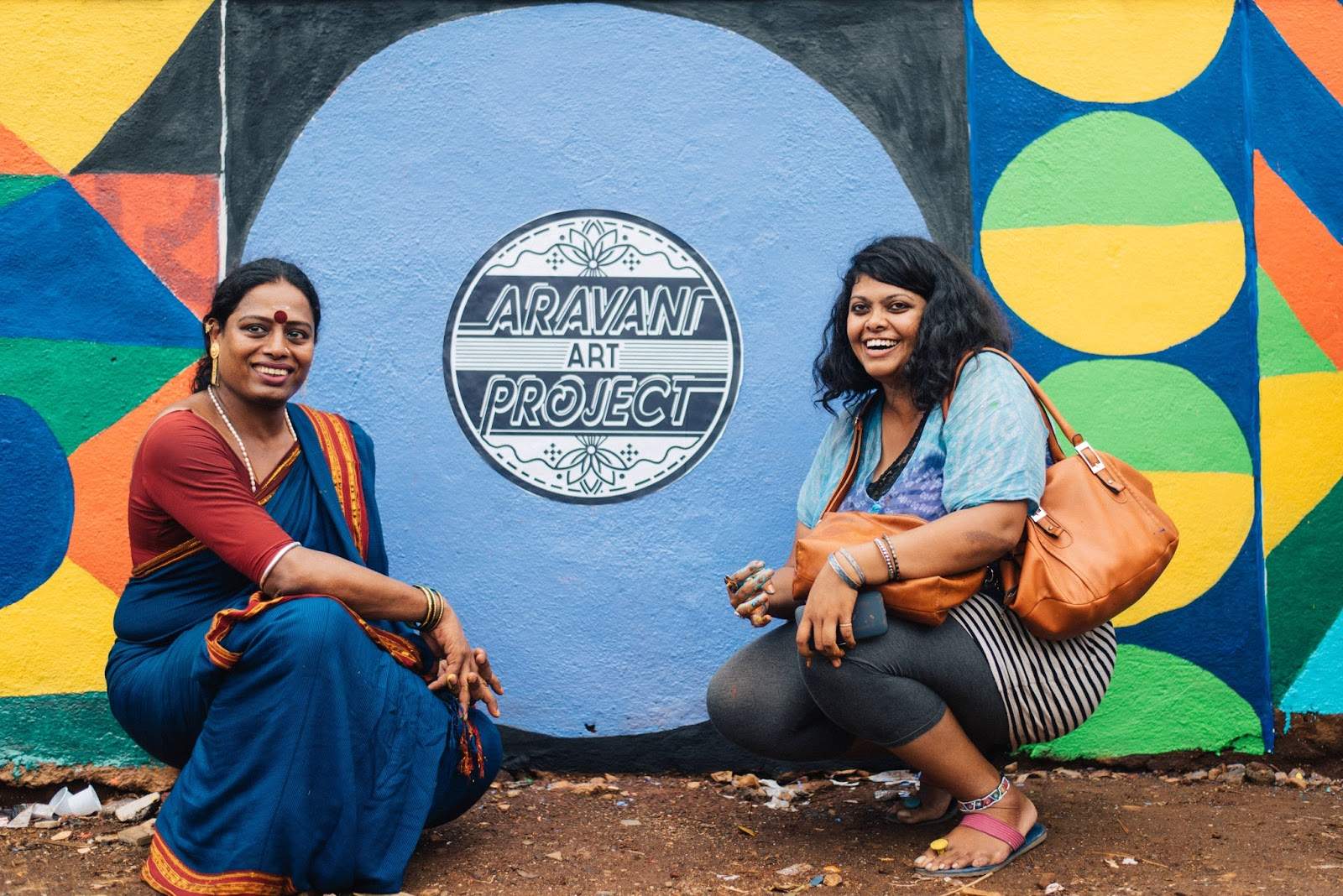 She also feels that there's a lot wrong in the education system today and that is one of the major reasons why there is still so much confusion regarding sexualities. "Parents aren't having the right conversation about this with their children,” she believes, “But we're doing some sensitisation projects at workplaces."

Despite everything, what pushes Poornima and her team towards more such projects? "I love the fact that they (transgenders) trust me and tell me their stories. Everyone wants to meet them to hear about their hardships, but that isn't our idea. When they open up, it has to be genuine. Those moments are overwhelming," she says.