Your course of action: Why you should look out for Blockchain and Fintech opportunities

Blockchain and Fintech are certified emerging disruptive technologies and the heads of two popular online learning platforms, Coursera and TalentSprint tell you why these are sectors worth pursuing

Recently, the World Economic Forum, in a video, hailed Visakhapatnam for becoming 'India's centre for Blockchain' as it is using this disruptive technology to maintain land records and streamline vehicle registrations, and plans to use it for administration as well. Fintech too, in the light of demonetisation and UPI, is seeing an emergence in India, in particular. Both Blockchain and Fintech are being seen as sectors that will be in great demand in India and online platforms like Coursera and TalentSprint are ready with their courses to upskill those who want to embrace these sectors. We talk to the heads of both these platforms to get their opinion.

Coursera
India is the second largest market for Coursera. To the three million existing learners in India, the US-based e-learning platform adds 60,000 new learners every month. And to remain popular, it caters to and helps learners keep pace with the changing trends. Raghav Gupta, Director of India and APAC, Coursera, tells us that currently, Coursera offers, “two specific courses on Blockchain and also a range of courses on Cybersecurity.” In an interview, we go beyond Blockchain and Fintech to discuss the future of Coursera.  Excerpts:

In India, Coursera works with over 40 companies including Airtel, Axis Bank, Tata Communications, Infosys and more

In the light of the Indian government forming a special committee for the Indian Fintech sector, how would you describe the scope of Fintech and Blockchain in our country?
In 2016, India saw strong adoption of Fintech driven by the payments sectors. However, there is significant headroom for growth. The Fintech sector, finding its way into this year's Union Budget, reflected the government’s strong intent on the digital economy.

Also, with the growth of mobile payments and mobile banking, cybersecurity has become critical to the sector. Blockchain-enabled solutions are quite capable of ensuring security, privacy and reliability. Considering recent cyber attacks and the increased adoption of newer technologies in the Indian BFSI sector, Blockchain has vast scope in India. With the ability to re-engineer transparency, India has witnessed an increased adoption of Blockchain in many government sectors and it is touted to lead the Fintech revolution in 2018.

Can you tell us about your Fintech courses?
Individual learners as well as enterprises are looking to add new skills and be future-ready. For long, traditional tech skills have remained at the core of learning, however lately, courses on emerging technologies such as Blockchain, Data Analytics and Cybersecurity have been gaining popularity among learners. On Coursera, we currently have two courses specific to Blockchain — IBM Blockchain Foundation for Developers and Bitcoin and Cryptocurrency Technologies.

In the course by IBM, experienced Blockchain developers lead learners through a series of videos, describing high-level concepts, components and strategies on building Blockchain business networks. The learners also get hands-on experience of modelling and building Blockchain networks and creating their own Blockchain application. Additionally, with the increased focus on Blockchain, Princeton University's Bitcoin and Cryptocurrency Technologies course has become very popular, putting it at number seven on our Most Popular course list! 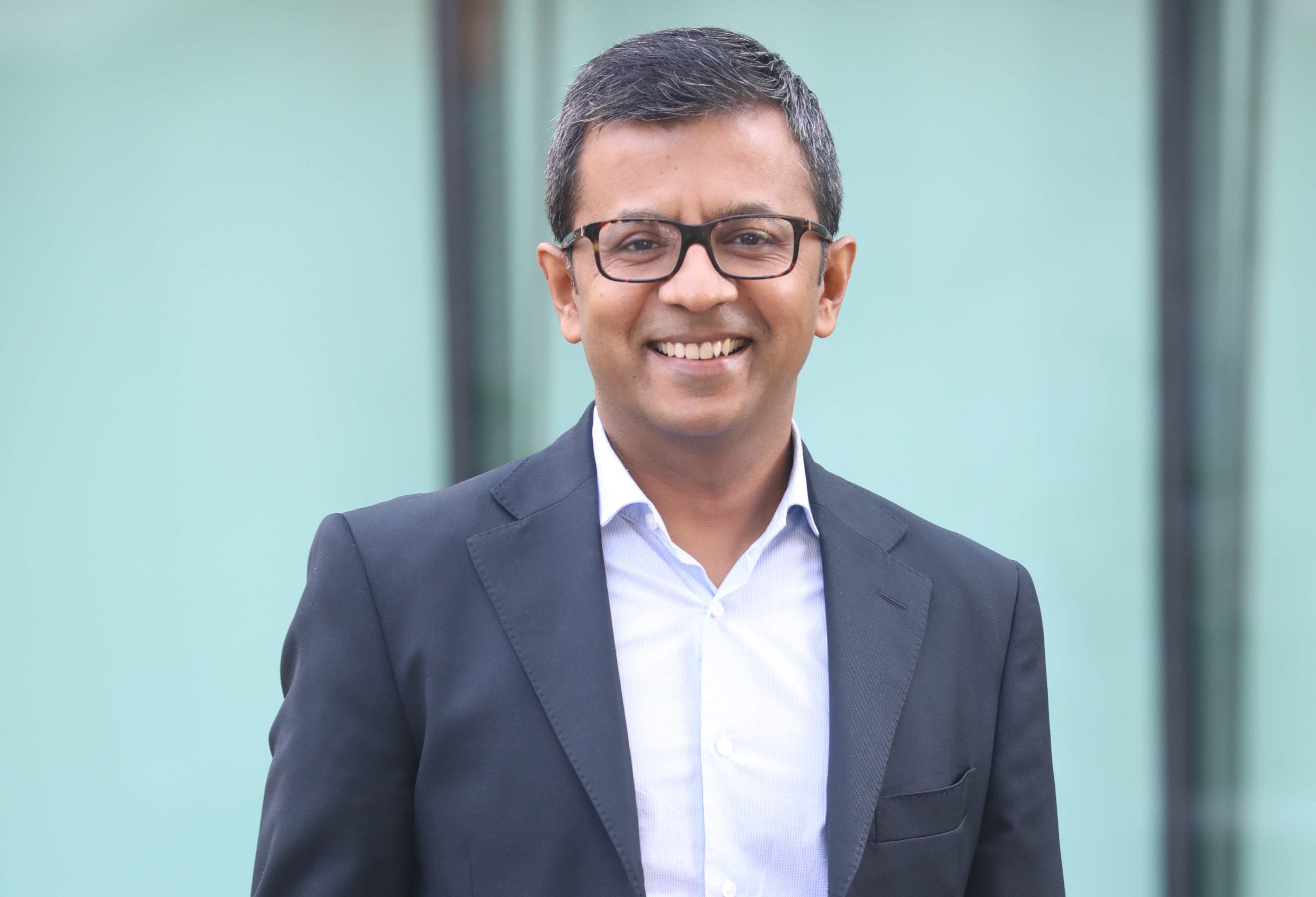 Our primary focus would be to grow, manifold and expand career-relevant content offerings to fit every online learners' needs

Coursera announced its first fully-online bachelor's degree. Dhawal Shah, the Founder of Class Central, recently said that he hasn't seen any MOOC provider be successful in this space. Your views?
With a large chunk of our learners in the 18-21 age bracket, we have realised that a bachelor's degree is essential to meet their learning needs. Hence, we offer Coursera's first ever bachelor's degree with the University of London, a school with 150 years of experience. With our learner base spanning across developed and developing country, this course opens up opportunities for people of all backgrounds and geographies.

India will be the youngest country by 2020. In the next ten years, 100 million qualified students will be seeking higher education. Unfortunately, we do not have the adequate number of institutions to accommodate this large pull of students. Online degrees will be the key to addressing the demand and supply gap in India’s education sector.

Is Coursera planning to move more towards helping colleges build online degree programmes or a traditional OPM?
We are working with our university partners to build degrees on top of our open online learning platform that is high quality, modular, affordable and scalable. We have recently announced the launch of six new degree programmes from some of the world’s best universities and we're planning to start this autumn or by next year.

In a country like India that has an immense appetite for education, certifications and degrees are seen as measures of elevating one’s social and economic stature. Also, India is sitting on an untapped goldmine – a demographic dividend in an otherwise aging world. We hope that our degrees will open up opportunities to best empower India’s growing youth. By expanding our degree offerings, we hope to give people the broadest possible choice of education with the lowest possible barriers.

Find out more about their courses on coursera.org

TalentSprint
When you go to the FAQ section of TalentSprint's latest offering — Foundations of Blockchain and Fintech, a certification programme for working professionals — the answer to the question 'Will I get a certificate and a final grade?' is "quite cheeky", says Dr Santanu Paul, the MD and CEO of this e-learning platform and youth career accelerator. It says, 'We believe that it is very unlikely that any academic institution has adequate expertise in such a cutting-edge programme'. "So, what we have done is gone ahead and partnered with start-ups and industries," Dr Paul begins, as we settle into our chairs in the conference room of TalentSprint's office in Gachibowli, Hyderabad. Aside from PayPal, Paytm and others, they now have Ripple on board, the world leader in Blockchain, who, by the way, "have gone on record to say that they are building the world's first international money transfer Blockchain," informs Dr Paul. So, what can a four-month-long course for working professionals do for the ones who take it up? We ask Dr Paul this and many other questions over a cup (or two) of coffee. Excerpts: 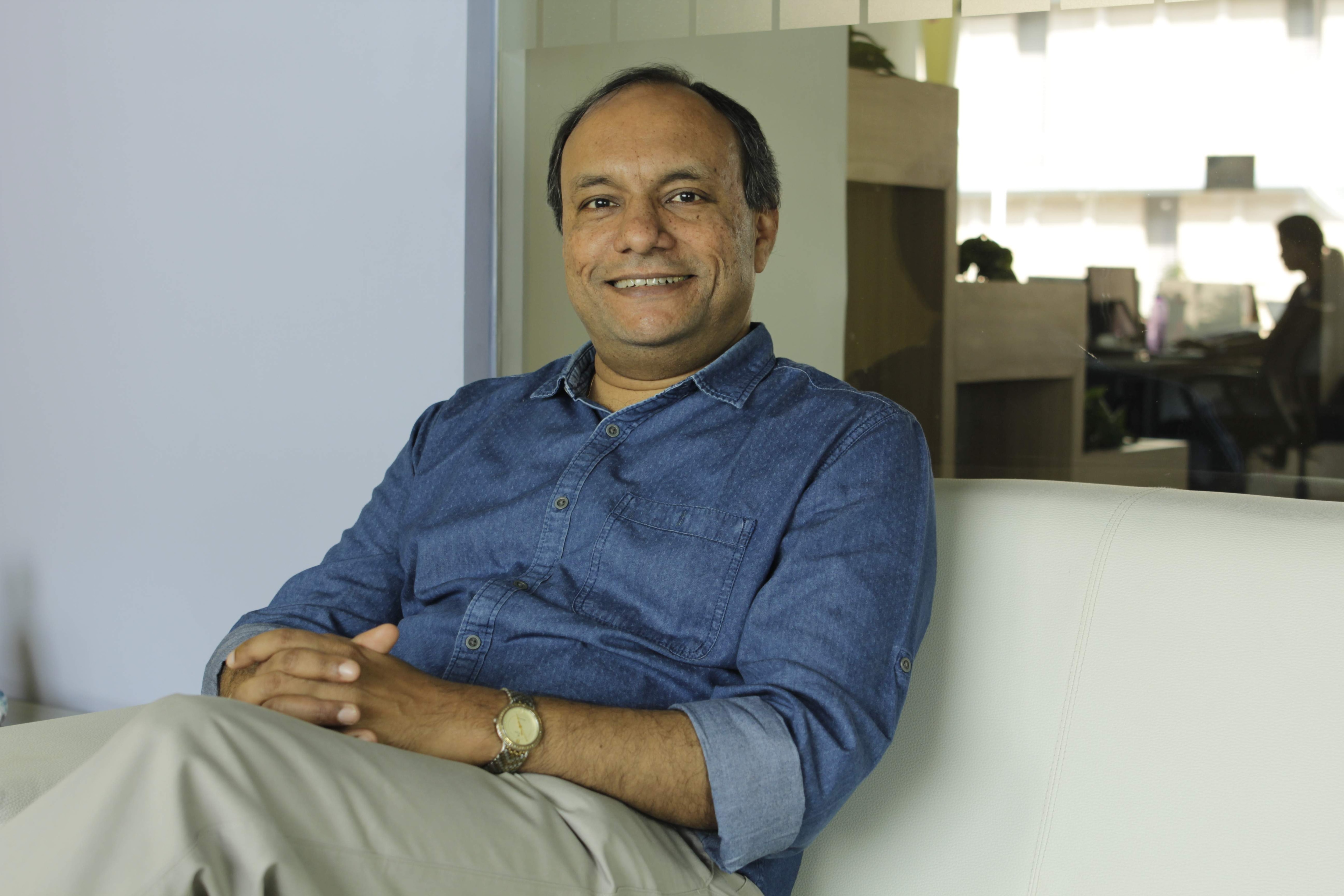 You've said that India will be the hub for Blockchain and Fintech in the coming years...
That's more of an aspirational statement. It is highly possible, but not certain. I believe so because the Indian IT outsourcing market is under a lot of pressure. The model of the last 25 years, that all work is merely the transfer of arbitrage — meaning that high-cost work can be done at a low cost, which means we can do it here — is going away because the nature of work itself is changing. Certain work being done by humans need not be done by them at all. No matter how low cost you go, you cannot compete with the cost of zero. Blockchain, AI and ML, if you peel away the jargon associated with them, is all about the same thing — getting work done with higher reliability, lower cost, higher efficiency and higher productivity by machines that replace humans. That's it!

If technology and automation is eventually going to take over almost everything, why introduce action-learning workshops which require students to step away from screens?
It is the absolute arrogance of the education system if they still claim that they are the source of all knowledge. This model worked beautifully until the internet came along. But just as classrooms have major problems, pure digital courses have problems too. Peer learning, which is a huge element of education, is missing. So, we encourage students to attend these workshops and form teams to debate and discuss problems.

You also have a Women Professional Scholarship. What else can be done so that emerging disruptive technologies don't face the same fate as STEM when it come to the inclusion of women?
Yes, with the introduction of the scholarship (which was done in January this year, when we introduced another course of ours) we saw a hike from 9% to 20%, which is still low, but at least it's better. Although we feel that the representation could have been much better if it wasn't a weekend programme.

We run a programme called WISE (Woman is Software Engineering) in BVRIT Hyderabad College of Engineering for Women and in another college in Rajahmundry, where we offer a credit-based course, which they can opt for along with the curriculum. We started this with the intention of producing world-class women engineers with low EAMCET ranks, who can compete with students from the IITs.

We even have a staff which has 50% women employees, employed in roles like content creation and more. Many smart women just need flexible timings. But there is no one set answer to this question. I think parents, in general, don't allow daughters to be very ambitious.

Find out more about their courses on talentsprint.com