This campaign set a record by unveiling the country’s largest cancer awareness ribbon at KIMS, Maharashtra

The people behind the Pink Street Campaign believe that students play a very important role in breast cancer awareness. Here's why

We need to talk about breast cancer. The survivors and victims of the disease agree that awareness is the most important way in which we can support them. This is why Zuvius Lifesciences set up Pink Street Campaign in 2016 — to capture the public's imagination and their attention. On February 3, 2018, for their second edition, the campaigners decided to set a world record by unveiling the country’s largest hand-printed cancer awareness ribbon at Krishna Institute of Medical Sciences (KIMS) in Karad, Maharashtra. We speak to Alka Chavan, the Director of Zuvius Lifesciences about the campaign and what it represents. Excerpts:

What was the idea behind the Pink Street Campaign?

The Indian Council of Medical Research estimates 17.3 lakh new cases of cancer and 8.8 lakh cancer deaths by 2020. Statistics like these are often mind-numbingly scary. However, they can also inspire you to act. We believe that with awareness and better penetration, and availability of early screening options, these statistics can be rewritten. The Pink Street Campaign was born from this thought. Through the campaign, we also wish to salute cancer survivors who have fought the disease against all odds.

How important is it to spread cancer awareness among the youth and society in general? How do we go forward with it?

The best way to spread this awareness, we realised, was to reach out to the youth of the country. And that's why our campaign is focused on educating them and empowering them with the message of cancer prevention and awareness. The youth have the power to change the world and when they join together to work for a cause, they can work wonders. It is important for young people to understand that many cancers can be prevented with lifestyle changes; besides, regular screening can help detect cancer early, making for better recovery and survival rates. They should make good use of the means available to them, which are many in this age of prolific social media, to spread the word on cancer awareness. Of course, this change should first begin with the self, with understanding and bringing about these changes in their own lives. What did you learn from the first awareness campaign?

We first got students together for an awareness session with two of the city's top oncologists. It was encouraging to see the youngsters open up during the interactive session. We worked on clearing common cancer-related myths and misconceptions. Secondly, we helped the students take the message to the public by working with them to create graffiti and wall art with messages of cancer awareness and leading a healthy lifestyle; this was created on a wall facing one of the city's busiest roads. When one is young, one often does not fear for one's mortality. But cancer is such a disease that most of us would have seen up close, perhaps when it affects someone close to us. We helped the students realise that they have it in them to change these cancer statistics if they reach out with the right message. We empower them with the information and the tools to do so.

How did the idea of the record-setting ribbon originate? What was the process behind it like?

While the Pink Street Campaign travels from city to city, we also realised the need to grab the attention of the entire country and to bring to the fore the importance of thwarting this possible cancer epidemic. That's how we came up with the thought of creating India's largest hand-printed cancer awareness ribbon this year. Doing such a large-scale exercise was no easy task. The ribbon measured 6,878 sq ft in total and more than 1,500 students, faculty and staff of Krishna Institute of Medical Sciences (KIMS) joined in to place their handprints. 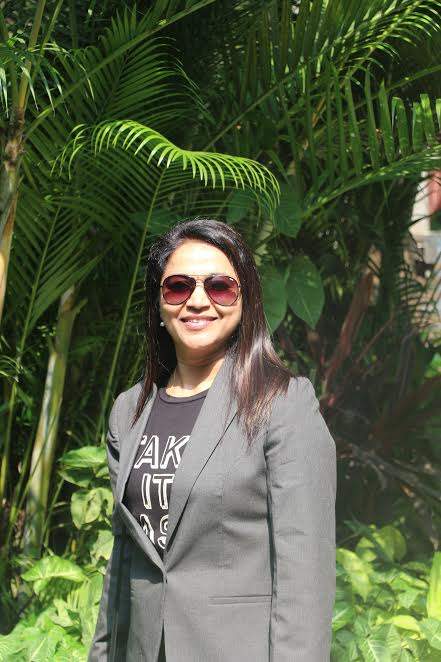 Real speak: Alka Chavan is the Director of Zuvius Lifesciences and a major organising member of the campaign

How did people respond to the initiative?

What really moved us was the enthusiasm we saw in the students at KIMS to be a part of this campaign. Whether it was as part of setting the record or participating in the poster and T-shirt designing contests, the students went all out. Their eagerness to be a part of it is assurance enough that the youth of the country will indeed lead the charge when it comes to spreading the message of cancer awareness.

What can students do to support this cause and reach out to patients and cancer survivors?

Change begins with the self. Students need to first imbibe the message and implement the changes in their lives, for instance, by eating healthy and exercising regularly, and not becoming prey to addictive substances. They also need to work on spreading the message of cancer prevention and the importance of early detection. They can work with their own educational institutions, with NGOs, or along with campaigns like ours to spread the message in creative ways — like street plays — especially in rural India. It would be good if they follow the proverb ‘Each one, teach one’ — the teaching, in this case, being the spreading of awareness.