From apps to pads, these Bengaluru schoolkids will show their projects off at the UN. Here's why

Ten students from The International School Bangalore (TISB) will present their social innovation proposals to international diplomats and policy-makers from around the world at the UN Headquarters in New York. 1M1B, (1 Million for 1 Billion), a not-for-profit organisation through its Future Leaders initiative identified them. The projects will be presented in various forums, including the 1M1B annual Future Leaders Awards which will be held on March 19, 2018.

The programme was piloted in March 2017 where four future leaders presented their ideas at the United Nations Headquarters during the annual Youth Commission on Status of Women. Based on its success, the second pilot was started in August 2017 in partnership with TISB. Speaking about the programme, Manav Subodh, Co-Founder, 1M1B said, “We are very excited to take our first batch of students to present projects to the United Nations. These young leaders are helping us achieve our goal of activating a million young leaders and entrepreneurs who will drive a billion people out of poverty.” The 1M1B Future Leaders Programme is a 6-month curriculum which includes 45 hours of classroom sessions, 20 hours of one to one mentoring and 40 hours of fieldwork. With human-centered leadership at its core principle, the classroom sessions include passion discovery and role model discussions. 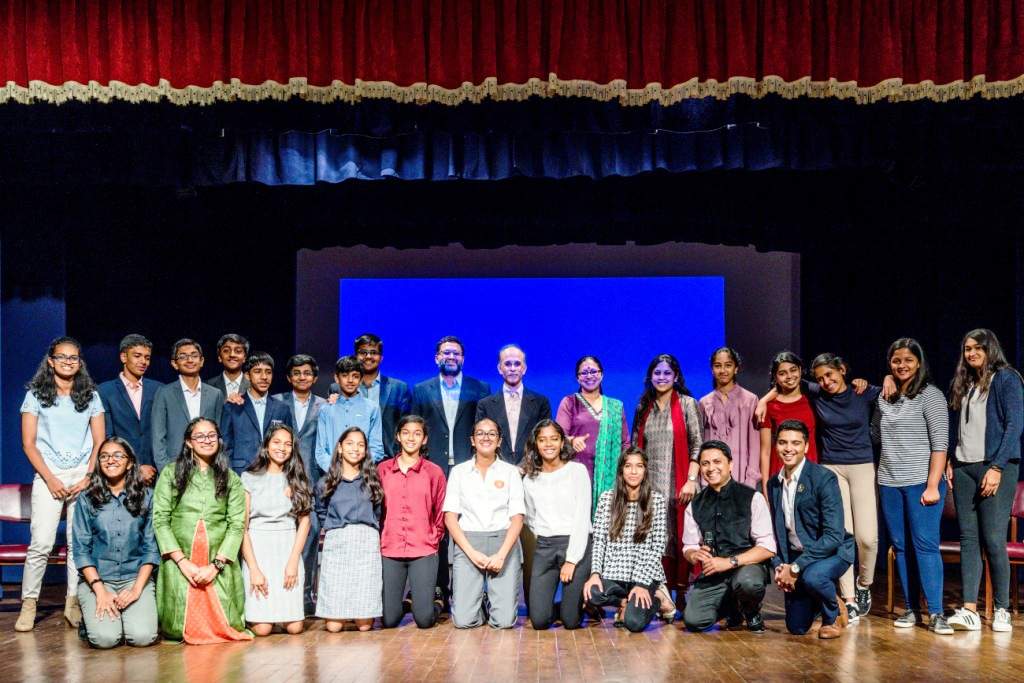 Wide reach: After its official launch in March, the programme will expand to over 500 high school students

The selected 10 students will be trained by 1M1B on building their social influence to drive collective global action. Let's take a look at the projects:

Towards a fresh start

Deeply moved by watching a program on National Geographic on incarcerated women, Nikita Nambiar realised that this was an opportunity for her to do something to better the lives of women convicts. "Starting this project was not easy, I had to first convince my parents to allow me to work with women inmates, which is quite a dangerous thing for a 14-year-old to do. After convincing my parents I had to obtain the necessary permissions to enter the prison. Fresh Start is an endeavour to provide a more holistic rehabilitative intervention to empower incarcerated women," she says adding "Ten inmates of Tumkur Central Jail, Bengaluru are being trained in the fine art of making Tanjore paintings by a professional artist. I plan to auction these paintings through a charity event and forward the proceeds to the women directly." 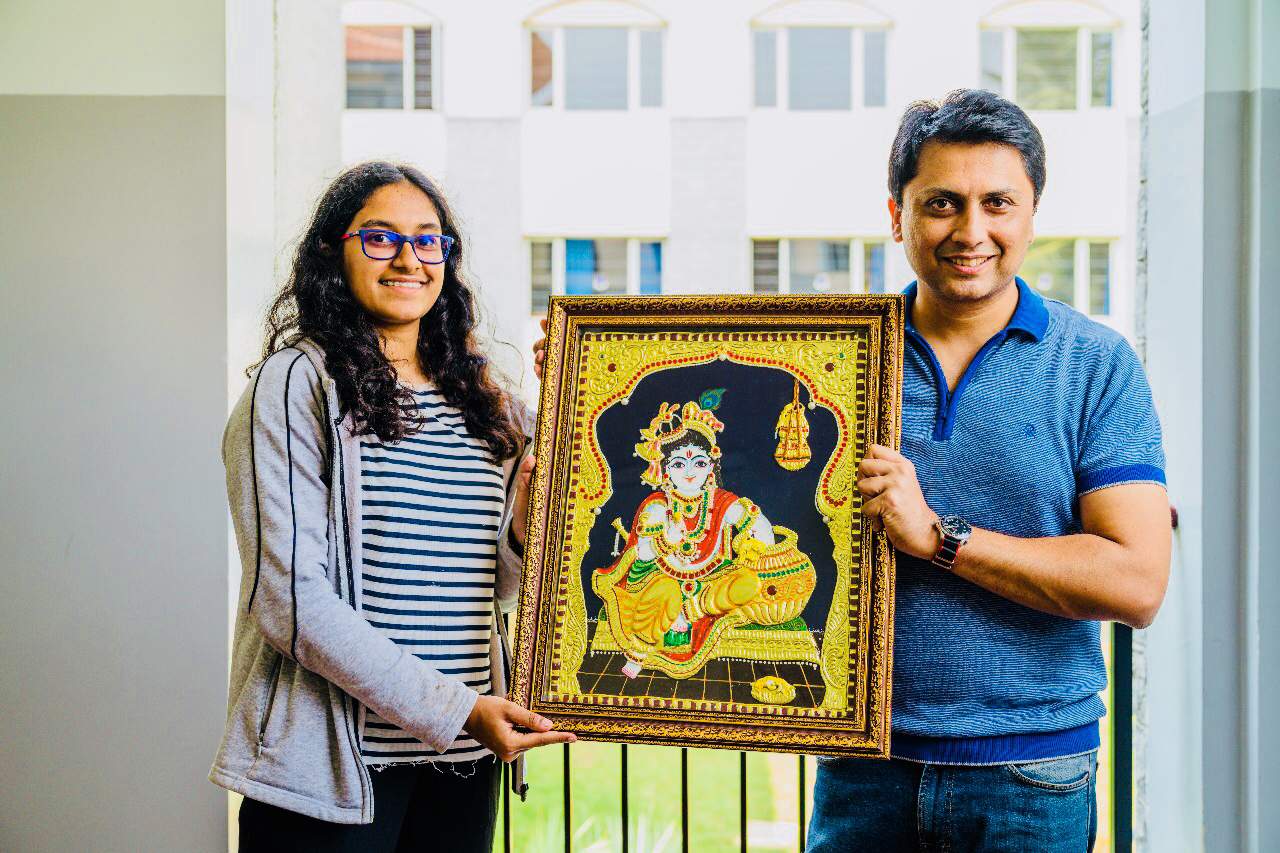 Smiles all around: Nikita Nambiar along with Manav Subodh, Co-Founder, 1M1B

Created by SanjanaTarigopula, this involves the starting of support group meetings for the friends and families of people with autism. "I was introduced to autism in Grade 5 when I read a novel involving an autistic character and since then my exposure to autism has increased through watching TED talks.Through Divyang, we hope that caregivers and families of autistic patients can access support and information on issues of mutual interest. To begin with, I plan to bring together autistic children/adults around literature and organise book readings, poetry and storytelling competitions. I would eventually like to compile a booklet of these compositions by autistic children and adults. In under 10 weeks, I have touched 112 lives through two awareness sessions, one support group meeting, six volunteers, 16 validation sessions and garnered the support of three sponsors," she says.

Prakriti Ramanujam has started The Peepal, an organisation that helps senior citizens be socially active and interact with others around them. "The project aims to increase social interaction amongst the elderly and underprivileged children through art, performing arts, drama, storytelling and other such activities that increases the bond between the two generations. I have enrolled 45 elders through ten workshops they have been able to touch the lives of 250 underprivileged children in 6 months," she says.

Cleaning up your mess

Addressing the pollution in Bellandur lake due to waste and sewage disposal, Gautam Dayal has created a website to raise awareness about the industrial waste and untreated sewage that is polluting the lake on a regular basis. Speaking about the project, he said, "I live in the vicinity of Bellandur Lake, which has been in the news for all the wrong reasons in the last few years. I wanted to take action towards the improvement of the lake so I created a website to involve the residents in a cleanup drive with the help of local NGOs that are working on this issue."

During the Future Leaders classes, Arjun Kanan was inspired to tackle the issue of large-scale unemployment in India. He was concerned about the masses of people who come to cities in search of jobs but ended up living in poor conditions due to a lack of employment opportunities. "Through my project, I have been creating a job pipeline for unemployed community members and connecting those interested people who need labour," he says. The project has successfully generated employment for 17 people.

When Nina Reddy and Preethi Subbiah were keen on doing an education-related project in government schools, they realised that the students from underserved communities had a lot of menstruation-linked misconceptions and there was little access to sanitary pads in these communities. "We initiated the project Svaasthy to educate young girls about menstruation as it is still considered to be a taboo. We are generating awareness about menstrual health and hygiene through workshops in rural areas. We are also distributing sanitary napkins and the Menstrupedia comic as a guide to girls," says Nina.  In the last 2 months, the project has impacted the lives of 200 girls while handing out over 1,600 sanitary pads with the aid of Apollo hospitals.

Passionate about technology and finding solutions to make cities safer and better, Siddhant Paliwal started exploring ways in which he could improve the traffic congestion in Bengaluru city. "While returning from school one day, I noticed that illegal parking was a big reason for traffic jams in the city. I am developing an app to find safe parking spaces in the neighbourhood for everyday commuters. I have validated 17 parking spaces and created a map depicting these areas. I have developed an app prototype which is under development," he says.

Being a sports enthusiast and a swimmer herself, Maanasi Nair believes that sport is essential for the overall development of children and so decided to do a project that focuses on development through sports. "My project is making sports equipment available to low-income schools through a 'donate your used sports equipment' program. Over 150 underprivileged children now have access to 15 Tennis racquets, 8 Cricket bats, 14 Badminton racquets, 3 Soccer balls, Tennis balls and more through the initiative," she says. On a mission to clean

Eshitha Jithendra Kumar is raising awareness regarding waste management in housing communities via awareness and fundraising activities. "The funds generated are being used to educate school-going children from underserved communities on waste segregation and creation of a cycle where zero waste is generated. I have successfully organised two waste management awareness events for three communities which impacted over 380 people," she says.