Splatter Speak in Chennai: How these young volunteers portrayed mental health with a stroke of art

Sanchana Krishnan's brainchild is focusing on getting mental health awareness out of the mind and into the public, with a splash of colour

Can you imagine having your body become a canvas, one that tells a story only you have dared to read? What if we said the art could reveal a side of you that is usually hidden or tucked safely in the depths of your mind?? Well, Sanchana Krishnan is doing just that with Splatter Speak, an event where mental illness is pulled out of its dark bag and presented to you through body-art. The event called anybody and everybody who is going through or is curious to know more about mental health. It aimed at encouraging communication, expression, and clarity to clear the rampant stigma still surrounding the issue.

Several artists and enthusiasts volunteered for the event, held at Backyard in Adyar on March 3. Artists portrayed their audience's minds, moods and inner self by talking, laughing and just plain interaction. "The artists are volunteers who have either had their share of mental health issues or have had someone close to them go through it. Others are genuinely concerned about the cause and want to put their artistic ability to use," says Sanchana. 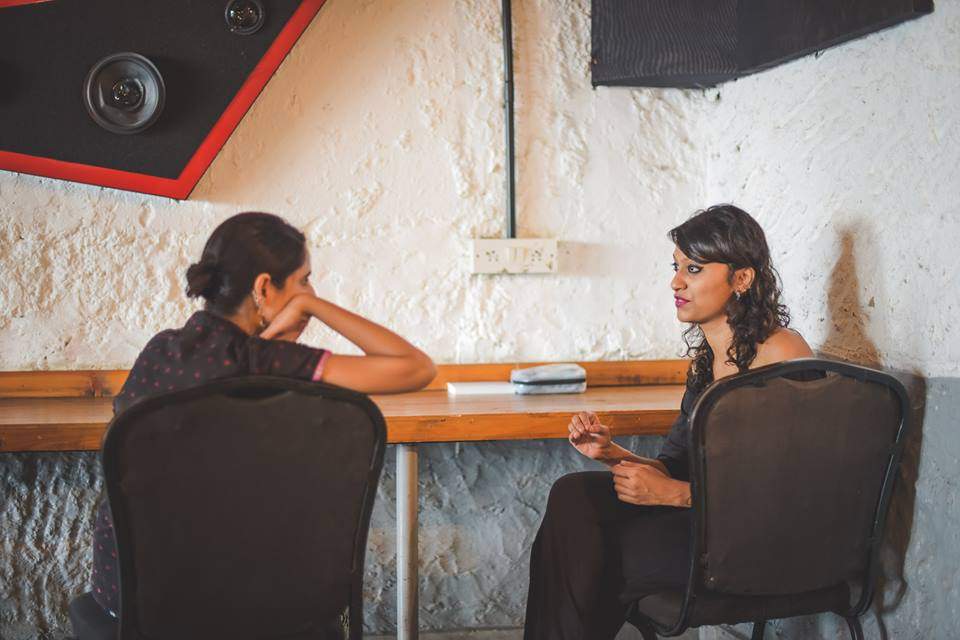 Unmute your minds: Sanchana insists on communication and is tired of society still treating the issue with ignorance

Splatter Speak, which is seven months old, spread its wings to Chennai after successful shows in Bombay and Delhi. "It was finally so good to see that Chennai would have a good base, an understanding audience and people who were genuinely curious, passionate or knew about the issue," says Krishnan.

"This was open to anyone or everyone who has ever had a mental health difficulty or is still going through it. People can come cry, scream, laugh, take pictures do whatever. I want people to alter their perceptions and see how other people see your story. It's always good to get out of your own head sometimes, adds Krishnan. " I was a child who was very self-aware and when I started reading about these disorders later on in life, I realised Bipolar felt very similar. So I got myself diagnosed," adds the Delhi girl whose life mission is to create awareness surrounding mental health.

The issue is one that bears great significance and importance to Sanchana, who at 20 was diagnosed with Bipolar Disorder and Personality disorder. There was no medication to help her young mind then, at a time when even talking about it was considered 'crazy talk'.  "Until college, I didn't know much about mental health and when I read and discovered Psychology in class 8, it was like a life-long hunt had was complete," adds Sanchana. My behaviour until that point finally made sense, she adds. The issue was not wholly understood or encouraged, with her hyper-personality often blamed for her behaviour. "Back then the issue was not taken as seriously. I was 15 then and people thought there was nothing wrong with me. I was just a hyper kid. From 15-18 it was so difficult, especially being at my stage with no medication. It was very difficult. At 20, I took myself to a therapist because I couldn't deal with it anymore. About two hours later he diagnosed me with Bipolar and Personality disorder," recalls Sanchana.

That, however, got the cogs turning in her mind. Forced to keep her mental health a secret by society for almost over a decade, she vowed that enough was enough. People needed to see, speak and know more about the strengths and weaknesses of the mind. "I went to therapy for a month and a half and that was my first step. This triggered me though. If I had not got help for all these years because people did not want to talk about it, how many more people will silently suffer for no reason? There is no wrong in taking medication and talking to a therapist. It's not a sign of crazy. You can't do anything. You may have been born like that or had circumstances lead you there. Might as well get help," she says. 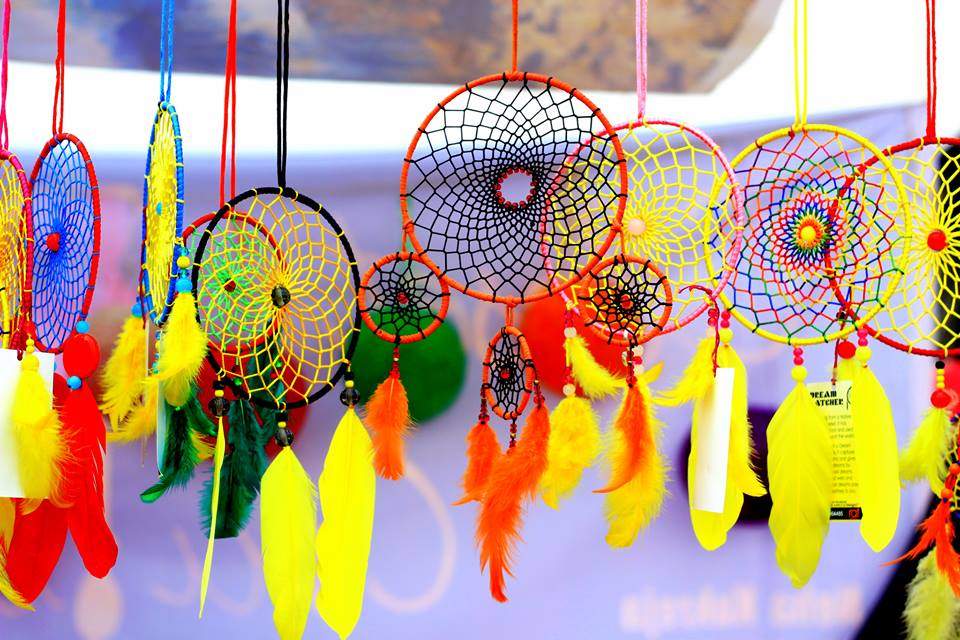 Peace and love: The environment Sanchana aims to achieve is one where people make friends, interact and hopefully discover others with similarities

"When you have a mental illness it may not be visible on your body but the body undergoes just as much harm if not more. People who self-harm, people struggling to understand, etc. Splatter Speak aims to make people understand and identify such problems," adds the organiser.

A few excerpts from the conversation:

How did art help you cope?

I used to paint a lot. That was the only time in my life that I could sit still. Making art gave me joy. For all the destruction that my anger and mood swings could do, and then to be able to create something beautiful made me really happy. What I loved most about art was that at the end whatever was on that paper was me. The vibrancy of the colours and being able to create something that exists purely in my head made me feel really good.

How do you usually manage your events?

I'm usually a one-woman army but since these events have gone across cities I have people who are willing to extend their help and support in different cities. All the people are either genuinely concerned about the issue or have personal memories of themselves or people close to them.

Your comments on the country's views and progression in this regard?

I don't think the work done for this field will ever be good enough. We are all privileged people who come from metro cities. The language itself is limited, and no Indian language has a vocabulary for mental illness. If we do we certainly are not using it. Wherever you go they will term you as (pagal) crazy. The media sensationalises mental illness so, so much. I've been on several TV shows and programmes and been so disappointed. Mental illness is not something you accept exists only if you go through it. We have a very long way to go and it still is one of those things that if spoken about in depth gets responses like "Oh you talk too much about it or you are overthinking." There are so many workshops, events and other things that are trying to bridge the gap. I just wish there was a basic mental health 101 on a school and college level. We are doing a lot of artistic expressions but getting this into the mainstream is the problem.

So what's your plan of action?

My big dream in life is to become a therapist and to be able to help bring this to the education system. Right now I'll start with workshops and interactive events for college students and maybe later try to take it to the organisation. This is not a one-time thing for me, it's a lifetime commitment and I am dedicating whatever is left of me to work for and towards this cause.