Yoga Day: Meet the oldest yoga teachers in the world who are still bending it better than Beckham

The International Day of Yoga was only recently introduced in 2015, all thanks to PM Modi, its introduction has been one of the highlights of his career. While Yoga Day itself is only three years old, people have been practising yoga for decades now, not just in India but the world over. Here we profile some of the oldest living yoga teachers in the world who have not let a trivial thing like age get in the way of living healthy and active lives. 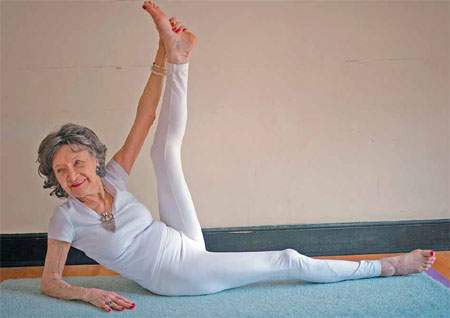 Tao Porchon-Lynch, USA - Tao currently holds a Guinness World record of being the oldest yoga teacher in the world at 99, she was also a part of yoga day celebrations in the country. Tao had a French father and an Indian mother and first saw someone doing yoga when she was only eight years old. She studied under some of the greatest yoga practitioners of her time and then spent her life teaching it. She still teaches six to eight classes a week and attends programmes across the world. She is also the author of two books, one of which is her autobiography, Dancing Light: The Spiritual Side of Being Through the Eyes of a Modern Yoga Master, which won a number of awards. Bette Calman, Australia - This is Australia's 92-yer-old "Yoga Super Granny"  who turned to yoga at the age of 26 and never gave it up for the rest of her life. She became one of the pioneers of yoga in Australia and over the years has been featured widely in the media and also had her own TV show, which ran for 24 years! She has also brought out three books on yoga and her experience with it. Now even though she is much older she has managed to stay in the limelight, she's quite a sensation on social media as well. 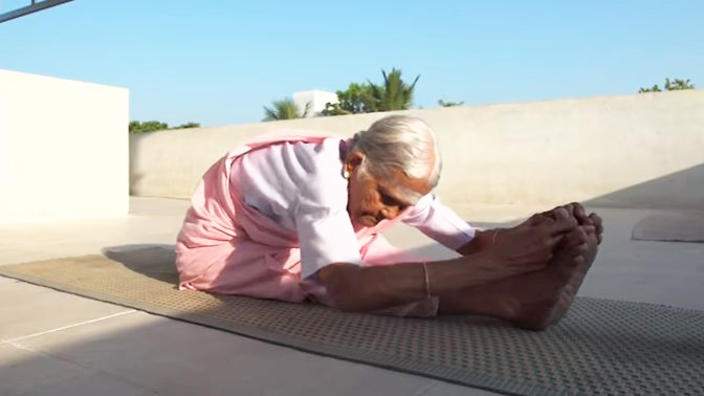 V Nanamal, India - At 98, Nanammal is one of India's oldest yoga teachers if not the only, she's taken centre stage at many prominent yoga events and has been conferred some of India's top awards over the years. Born into an agricultural family, Nanammal got married to a Siddha practitioner in the village who was also into agriculture, she has been teaching yoga ever since. Currently 36 members of her family are also serious yoga practitioners.She recently attempted  to get on to the Guinness Book of World Records by teaching yoga to over 20,000 students and enthusiasts in Coimbatore. 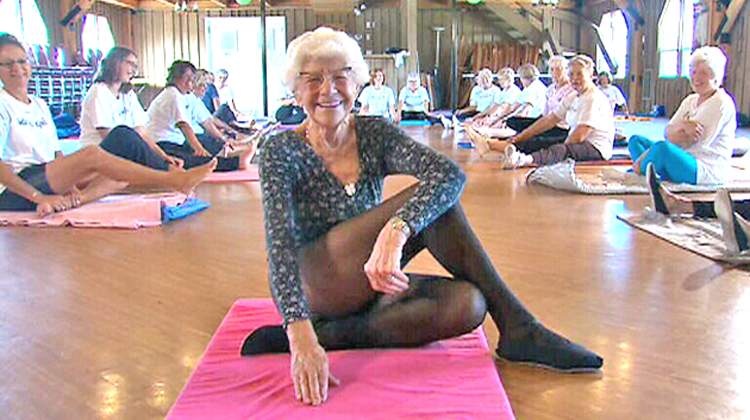 Ida Herbert, Canada - Most of the yoga teachers profiled have been doing yoga their whole lives which is why it has kept them healthy enough to be able to perform different kinds of positions that most would think humanly impossible. However, with Ida, born during the first world war, it was completely different, she only took up yoga after she turned 50. She happened to see a woman going yoga and became curious enough to learn it and then start doing it for the rest of her life. She continues to teach yoga to a group of women aged over 60, these women actually call themselves ‘Ida’s Girls.’